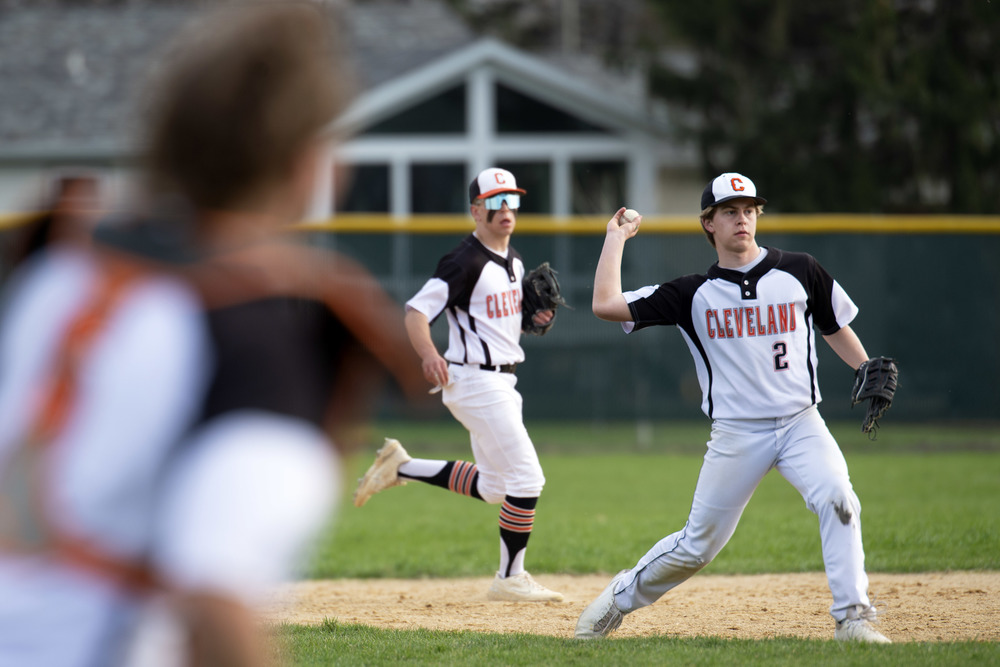 Clippers finish conference season with a win over St. Clair

Above: Blake Lyons makes a throw to first for a putout.

With a run and a runner on third, visiting St. Clair threatened the varsity boys in the top of the seventh, but the Clippers said ‘not so fast,’ and held on to win 2-1.

With losses to Madelia and Martin County West, and after clobbering Lake Crystal-Wellcome Memorial on Tuesday, the Clippers finished the conference in third place. Madelia, with its one loss to ML/GHEC/T, took first. MCW was second, and Loyola was fourth.

Coming off a win in Lake Crystal, Colin Krenik had another solid effort on the hill. The lefthander struck out seven and walked one while allowing five hits and one run over six innings. Carter Dylla took over with no outs in the seventh and struck out one before the next two batters grounded out.

“Colin had a little trouble earlier on with form and threw a few more pitches than he normally would, but he was coming on only one-day rest,” said head coach Mike Krenik. “He just looked a little tired, and we had to remind him to use his legs, and once he did that, his form got better and he threw strikes.”

The Clippers had two less hits than St. Clair. Jackson Meyer singled in the first. Gabe Sullivan hit an RBI single in the second, and Dylla led off the third with a triple.

Head coach Krenik said that a couple of factors went into the lack of offense against a team the Clippers have dominated over the years.

“Their pitcher had a natural movement on his ball. You could see the spin, so I think it was a little tough for the guys to pick up right away. We still are giving up on the ball too soon, and we are letting pitches that are right down the middle go, and so all of a sudden we are down one strike or two strikes and it’s a defensive swing. That’s why when we throw BP before the games, we pick up on their weaknesses to make them better ball players. We have to understand it’s a game of failure.”

In the game’s first at bat, Krenik errored but made up for it when he picked him off at first. With a hit and another infield error, the Cyclones had a runner at third, but Krenik caught the next batter looking for the third out, and the Clippers got out of the frame unscathed.

The Clippers posted the game’s first run in the second when Kaleb Timlin got a free pass, stole second and scored on a Sullivan line drive to left field.

With another error, a walk and a hit batter, the St. Clair loaded the bases in the third, but once again, Krenik and company came through with a strike out and a fly out to Tanyon Hoheisel in center field to fend off the uprising.

Back at the top of the order, Dylla led off the bottom of the third with a flyball to center field for a triple. Scoring Dylla on a ground out to the second baseman, Meyer put the Clippers up 2-0.

That score held until the seventh when Krenik beaned the leadoff batter. After a single, the Cyclones had runners on second and third. Dylla took over and caught the next batter looking. The next hitter grounded out to first baseman Lucas Walechka for the RBI, but the game ended with a grounder to Kale Kelley at second.

The Clippers committed three errors, two more than the Cyclones.

Krenik pitched the Clippers to victory. He surrendered zero runs on one hit over four innings, striking out five and walking zero. Meyer threw one inning in relief. He walked two, gave up one hit and struck out one. He induced a fly out to finish the game.

Cleveland opened the scoring in the first inning. Meyer reached first on a fielder’s choice after a Krenik single. Hoheisel also singled, and Walechka walked to load the bases.

Timlin singled on the first pitch of his at bat to score Meyer and Hoheisel. After a Sullivan single, Walechka and Timlin scored on an error by the left fielder, and the Clippers were quickly up 4-zip.

The Clippers notched another five runs in the second inning. The offensive onslaught was led by Hoheisel, Timlin, Sullivan, Ethan Fuller and Dylla all driving in runs in the inning.

Hoheisel and Walechka both got hit by a pitch in the fourth. Timlin and Sullivan walked for a run, and Kyle Connor dove in another with a single. Timlin scored when Blake Lyons hit into a fielder’s choice.

Krenik doubled to start the fourth, moved to third on a grounder and scored on a wild pitch. Hoheisel singled and scored on a Timlin double. Timlin crossed the plate on a Sullivan single for the final Clipper run.

The Clippers scattered 15 hits. Sullivan hit two singles and a double. Hoheisel had three singles. Krenik had a single and double. Fuller hit a double. Meyer, Kelley and Dylla each had a single.

Sure-handed in the field, Cleveland didn't commit an error.

Cleveland trailed early and couldn't come back in an 11-6 non-conference loss to Janesville-Waldorf-Pemberton on Monday.

“We fell behind and just couldn’t hit the ball square like we did in Lake Crystal,” said coach Krenik. “There was nothing special about their pitches. We just didn’t look like we were ready.”

The Clippers scored a run in the first. Leading off, Dylla reached first on an error. Running for him, Connor moved to second when Krenik walked, took third on a Meyer ground out and scored on a Hoheisel sacrifice fly.

JWP responded with two runs on a single, a double and another single to take a lead they would never give up. They added another run in the second, two more in the fourth and opened the game up in the sixth with six runs.

Fuller doubled, advanced to second on a passed ball and scored on a Dylla grounder in the third, but the Clippers didn’t score again until the seventh inning when they posted four runs.

Jumping on the Bulldog reliever, Krenik led off the final frame with a single. Meyer singled as well. Both advanced on a Walechka walk. Krenik scored on an error while Hoheisel and Walechka scored on a Timlin hit.

The Clippers did collect five hits. With a pair of singles, Timlin went 2-for-3. Fuller hit a double, and Krenik hit a single.

JWP tallied 11 hits. Walechka started on the mound and lasted five and a third innings, allowing ten hits and eight runs while striking out four and walking one. Meyer and Hoheisel entered the game as relief, each throwing one-third of an inning. Meyer gave up one hit and walked two. Hoheisel got the one batter he faced to ground out.

The Clippers will have another shot at Madelia, albeit a non-conference game, at home on Tuesday. 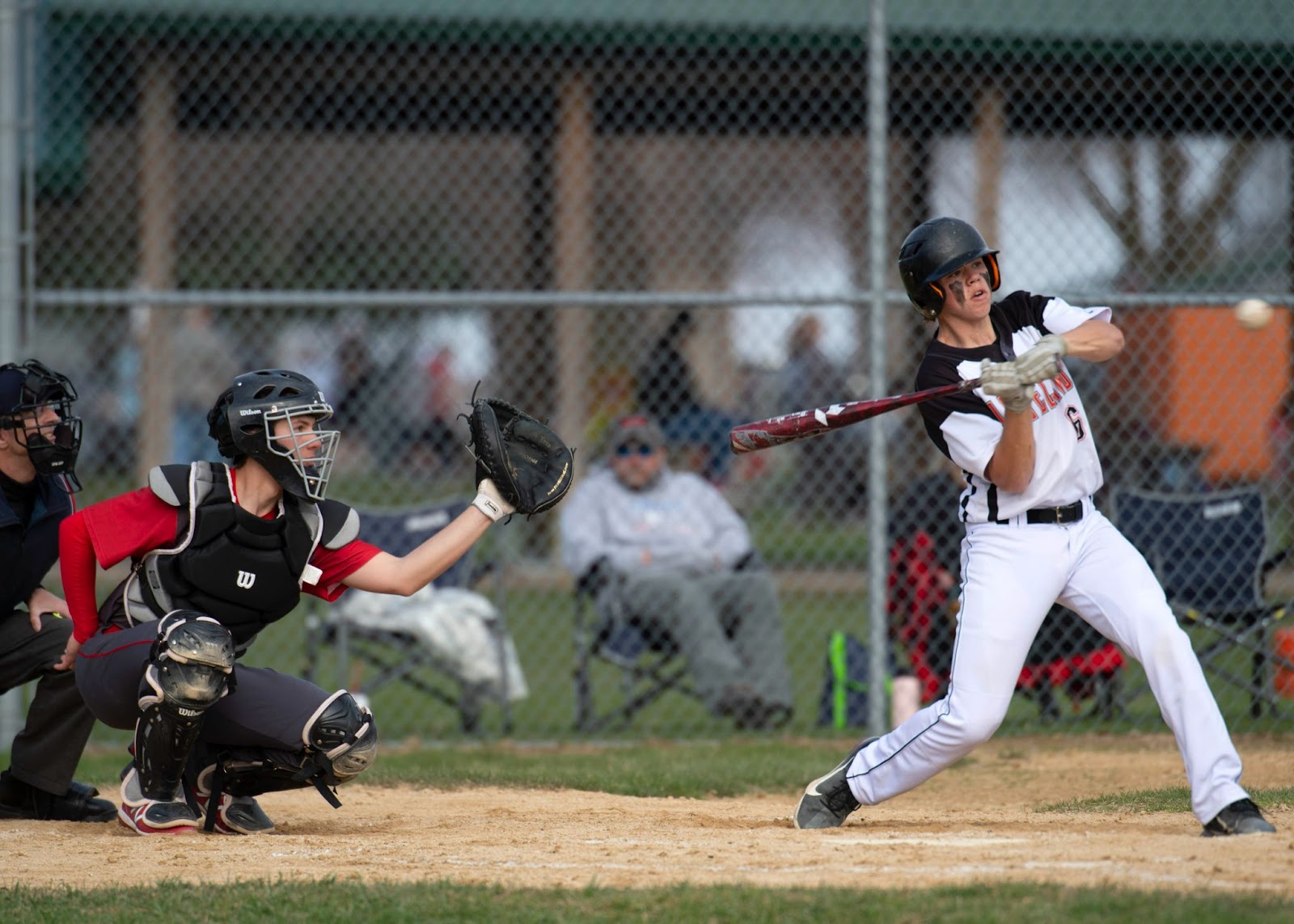 Gabe Sullivan hit a line drive for an RBI and the Clipper’s first run against St. Clair. 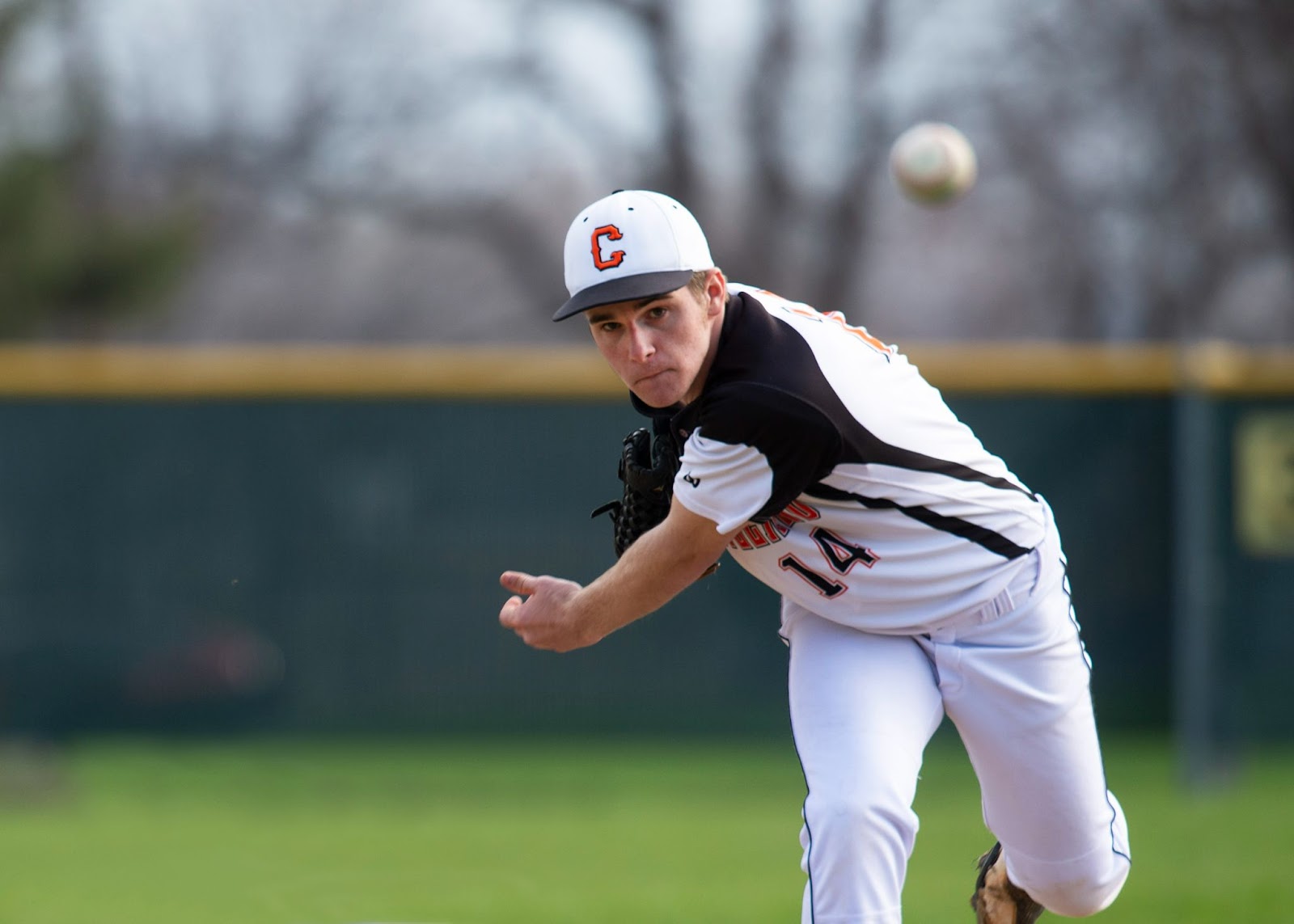 Colin Krenik has been the workhorse of late. He picked up wins in Lake Crystal on Tuesday and at home against St. Clair on Thursday. 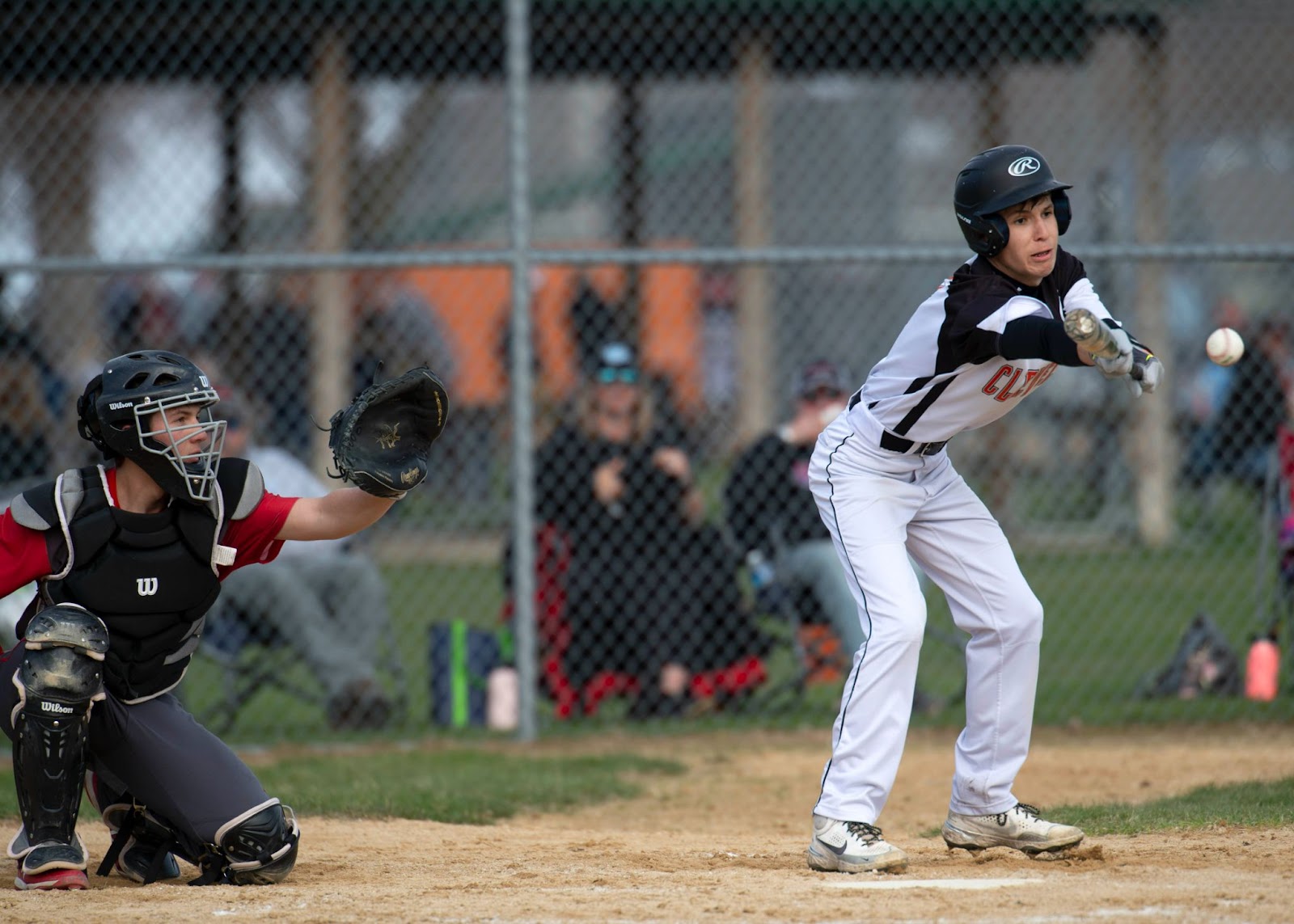 Kale Kelley drops down a bunt against St. Clair. 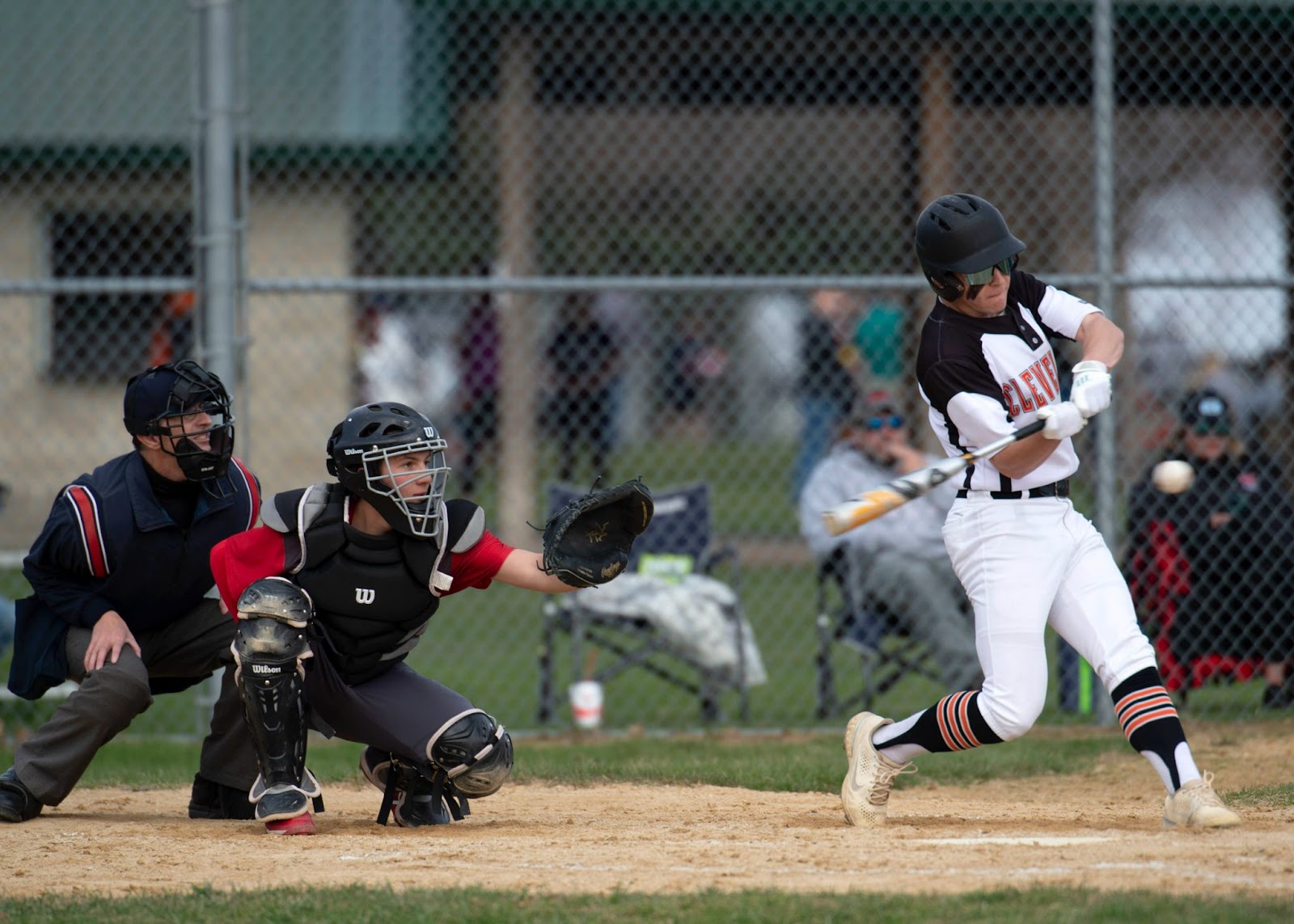 Carter Dylla swings for a triple that set up the Clippers’ second run against St. Clair. 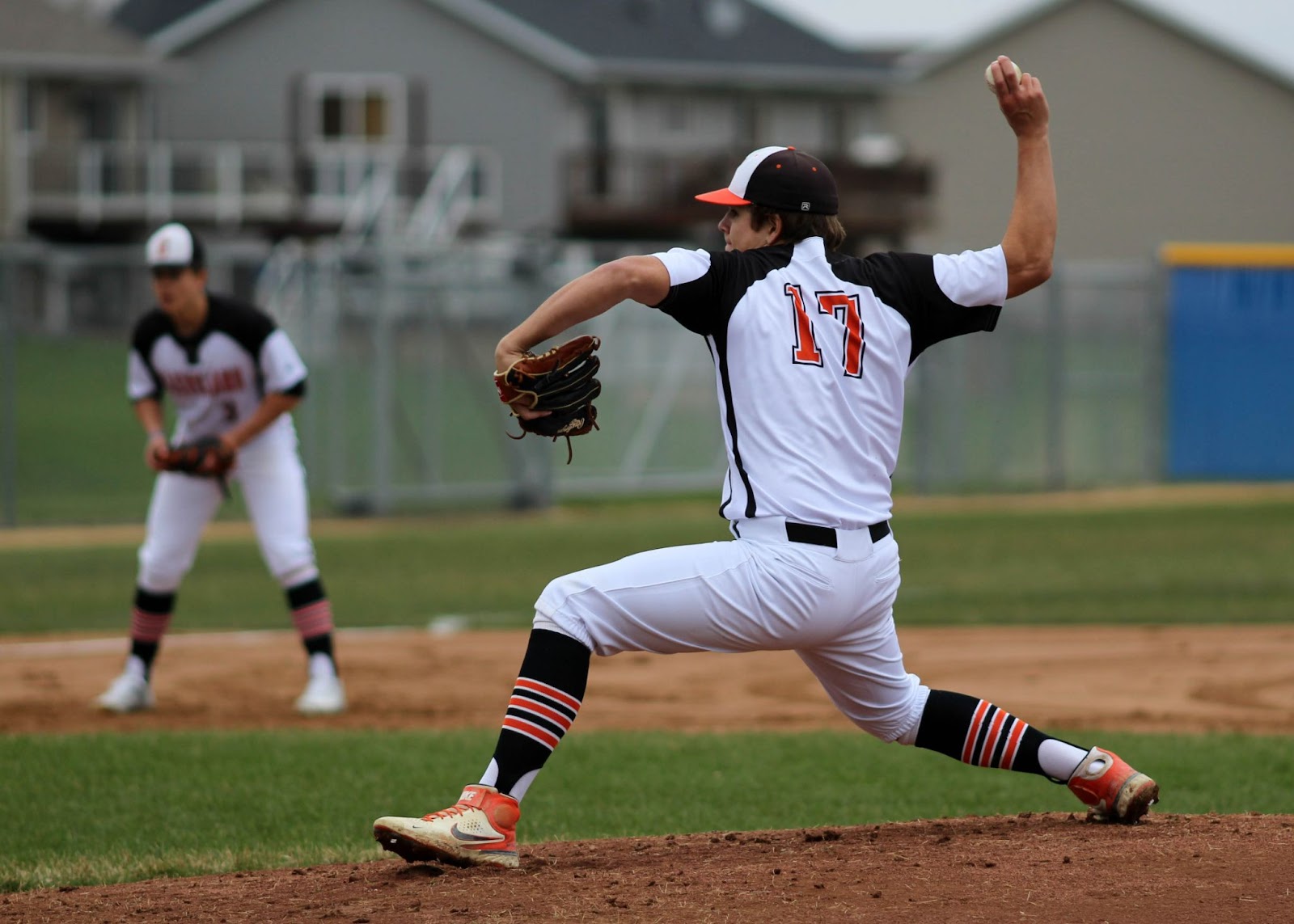 Lucas Walechka winds up on the mound at Janesville. (photo courtesy of Patty Sullivan) 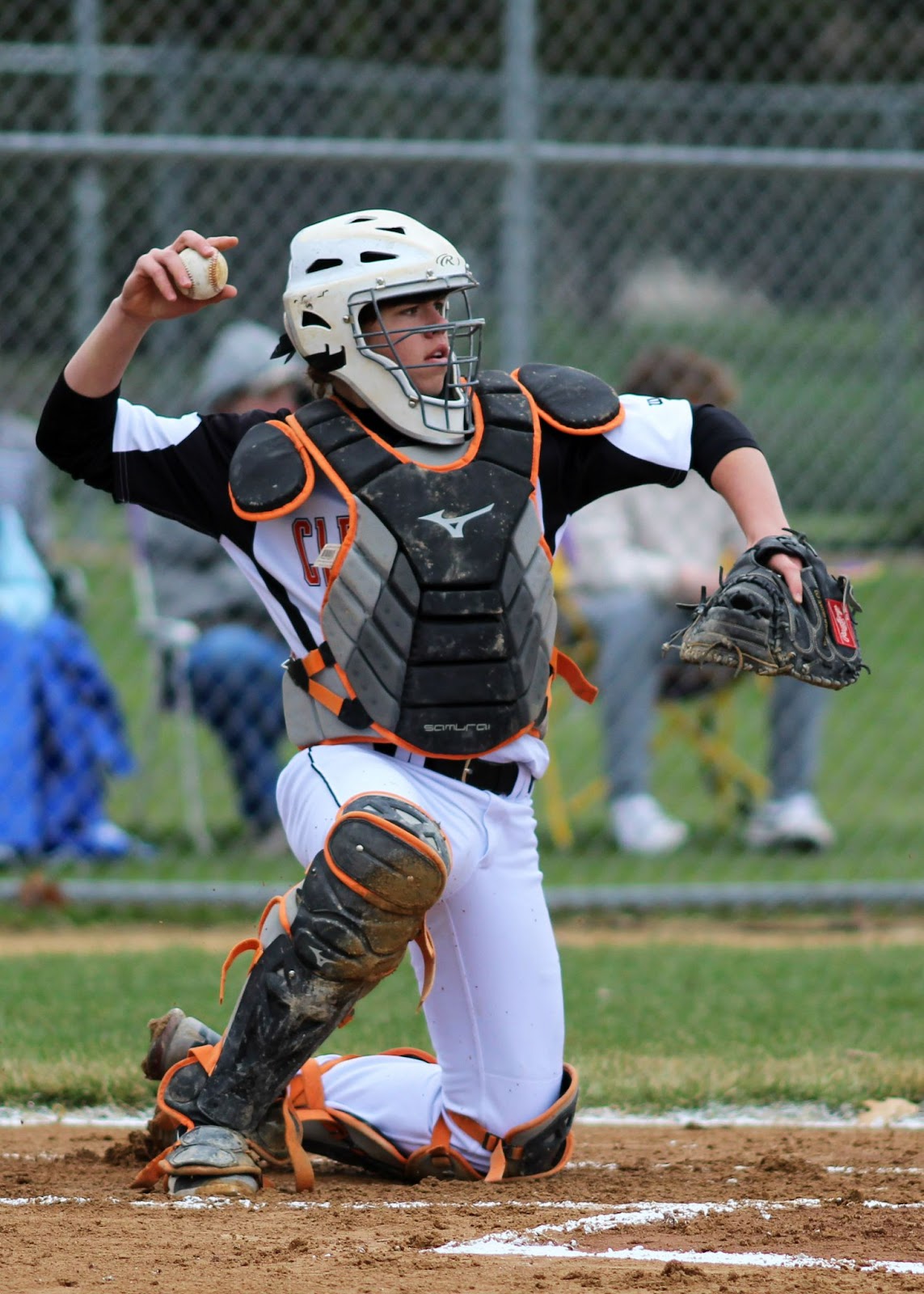 Gabe Sullivan behind the plate on the Janesville field. (photo courtesy of Patty Sullivan) 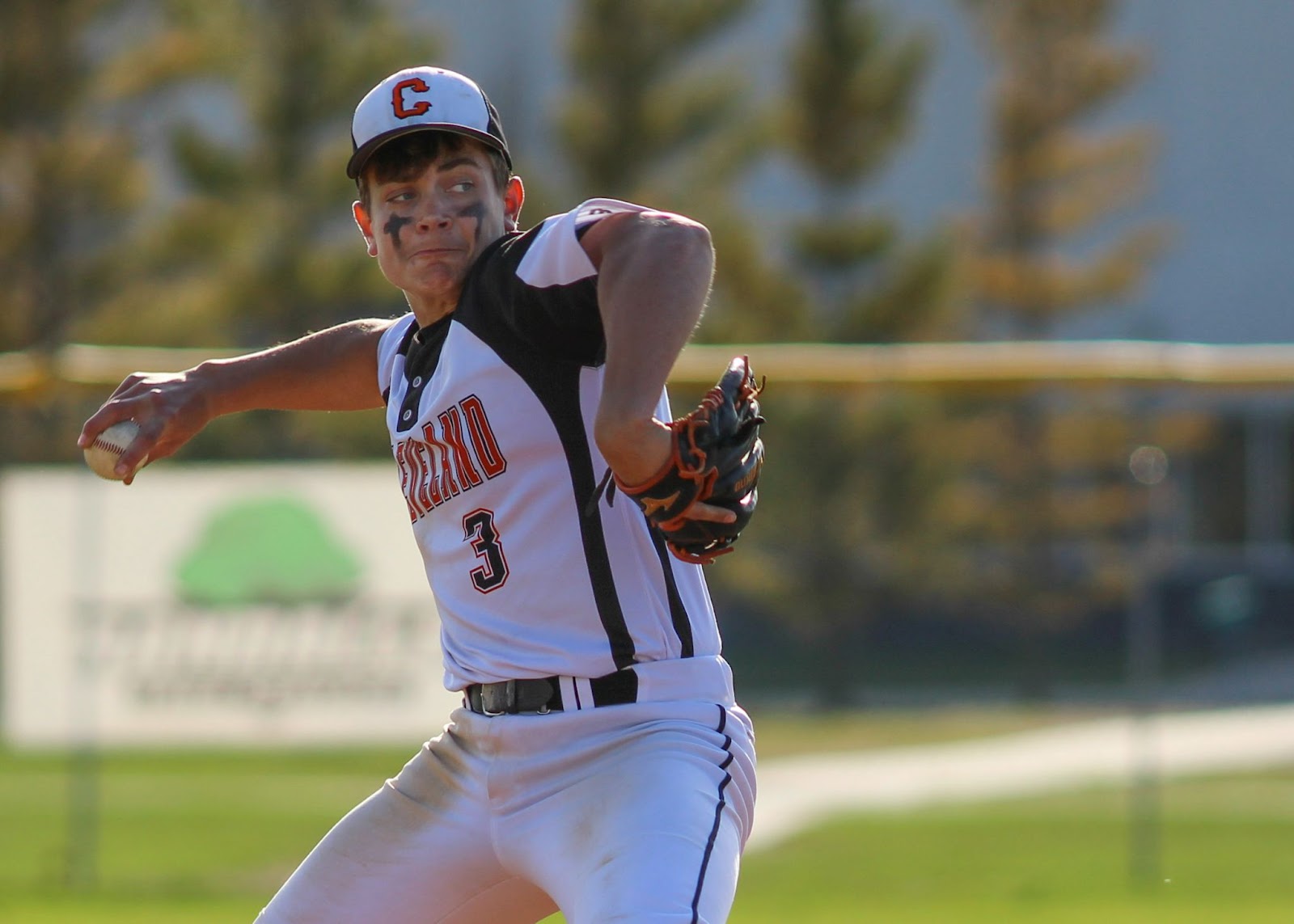 Jackson Meyer threw an inning out of the bullpen at Lake Crystal. (photo courtesy of Patty Sullivan) 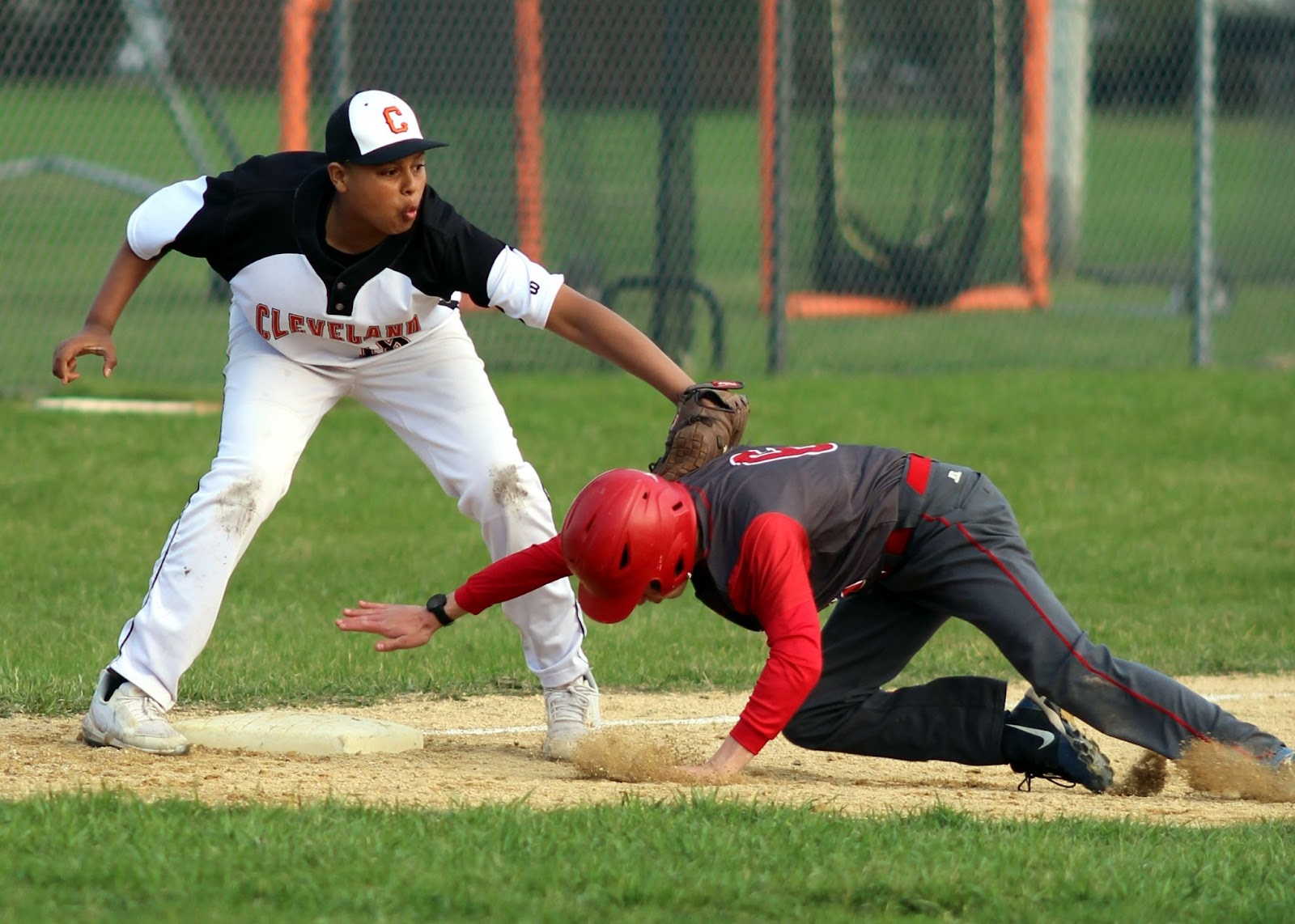 Alex Johnson applies a tag at third during the JV game against St. Clair on Thursday. (photo courtesy of Patty Sullivan) Brady Bostic sets up for a tagout at third against the St. Clair JV. (photo courtesy of Patty Sullivan)