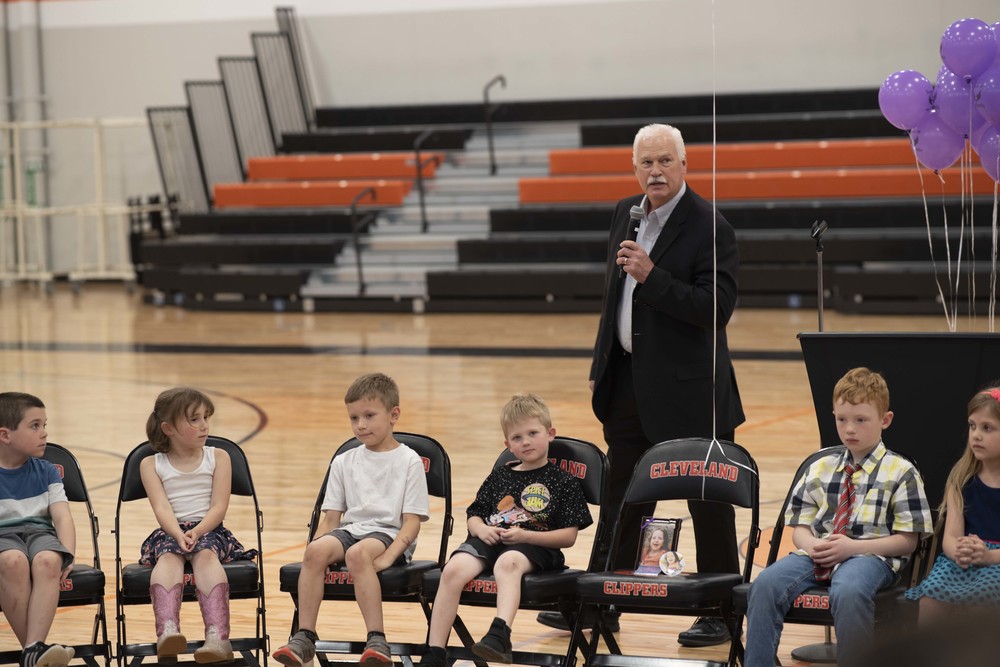 Forming three semi-circles, 56 chairs were carefully arranged across the new gym floor on Friday for the kindergarten graduation program.

All but one seat held a lively member of the class of 2034. On the empty chair, instead, was a photo of Everly Hewitt. The youngster passed away on October 24, 2021, just a few weeks into her first official school year.

Although she suffered from a congenital disorder, Hewitt’s passing was unexpected, and for the kindergarteners, it was a lesson that went far beyond colors and numbers and the alphabet.

“It is fitting that we take time during our program to remember our good friend Everly,” said superintendent Brian Phillips in his welcoming address (above). “She was one of those shooting stars you see in the night sky: it burns brighter than others but fades too quickly.”

It was her abundant enthusiasm that made the five-year-old a standout, Phillips said.

Although Phillips has spent his entire career in education, this time, a young student taught him a lesson.

“Every time I saw Everly, she reminded me of what was truly important. Even though she didn’t say words about her excitement and joy, she screamed those words with her eyes and her smile. She reminded me I need to bring that same joy and excitement to school every day and share it with others. Everly, I admired you. We will miss you.”

To keep Hewitt’s memory alive beyond the graduation ceremony, the class of 2034 donated a bench for the new playground east of the school. At the end of the ceremony, the kindergarteners released purple balloons in her honor. Purple was Hewitt’s favorite color, said her teacher Katie Hollerich.

“Her classmates remember her and talk about her often. Everly may be gone, but her classmates, school staff and the community of Cleveland will never forget her.”

Hewitt's parents were thankful for how the community came together to honor their daughter.

“Ray (Hewitt) and I were both very humbled by the tribute to Everly,” said Hewitt’s mother Katie Hewitt. “We knew they were going to dedicate the bench, but we had no idea about the balloon release or the words that were going to be spoken about her. It reminded us why we love Cleveland so much and helped us realize that, while she may be gone, she will never be forgotten.”

Also at the kindergarten graduation program, the students watched a recap of their year in a slide show and belted out songs, including “Milkshake,” “Shake it off” and “Kindergarten March”:

“We can say our ABCs. And we know our one, two, threes. We know all our colors too. And we can write our names for you.”

With so many students this year, the school had to have three kindergarten classes. The other teachers are Tonja Baker and Karin Miller. 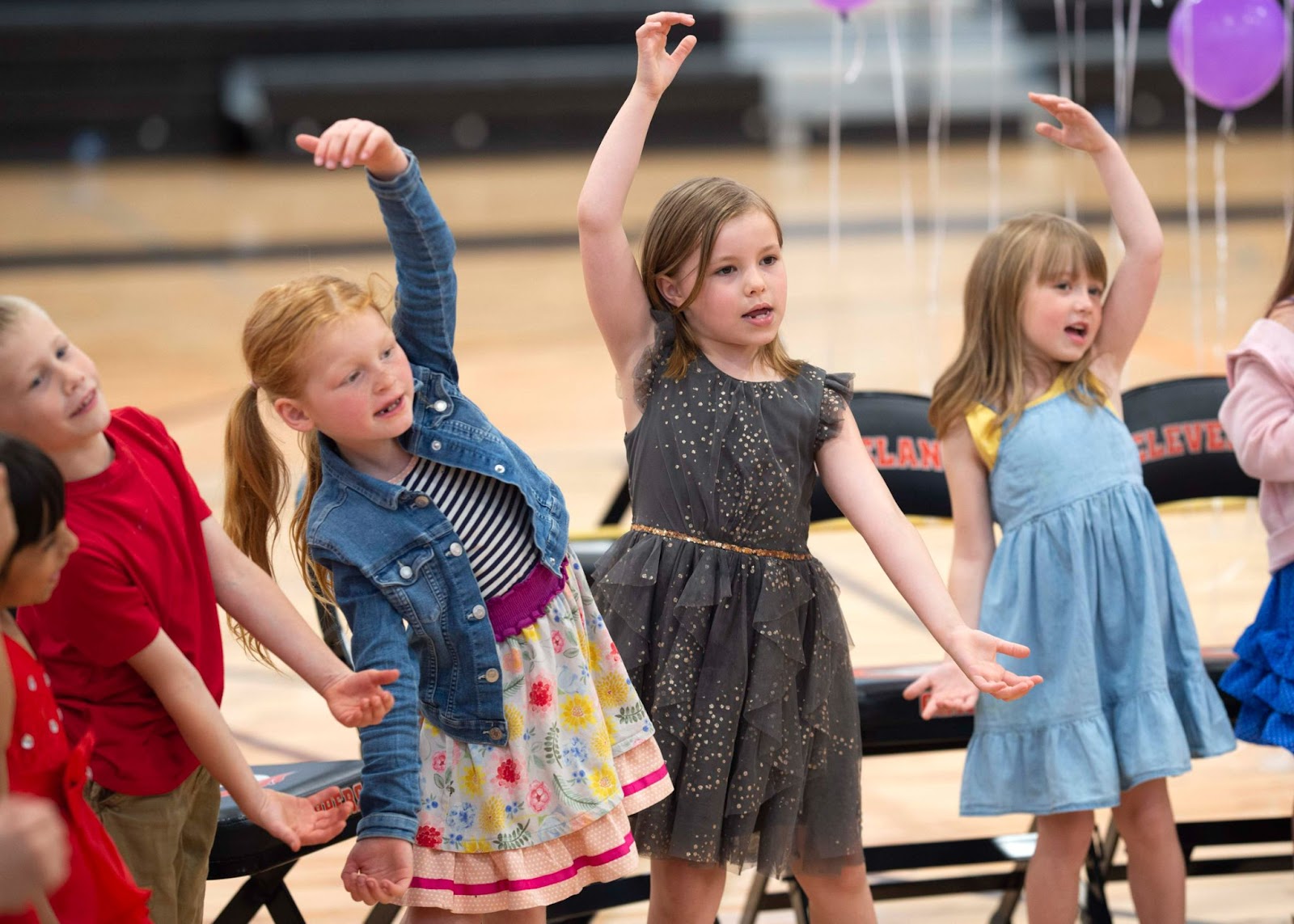 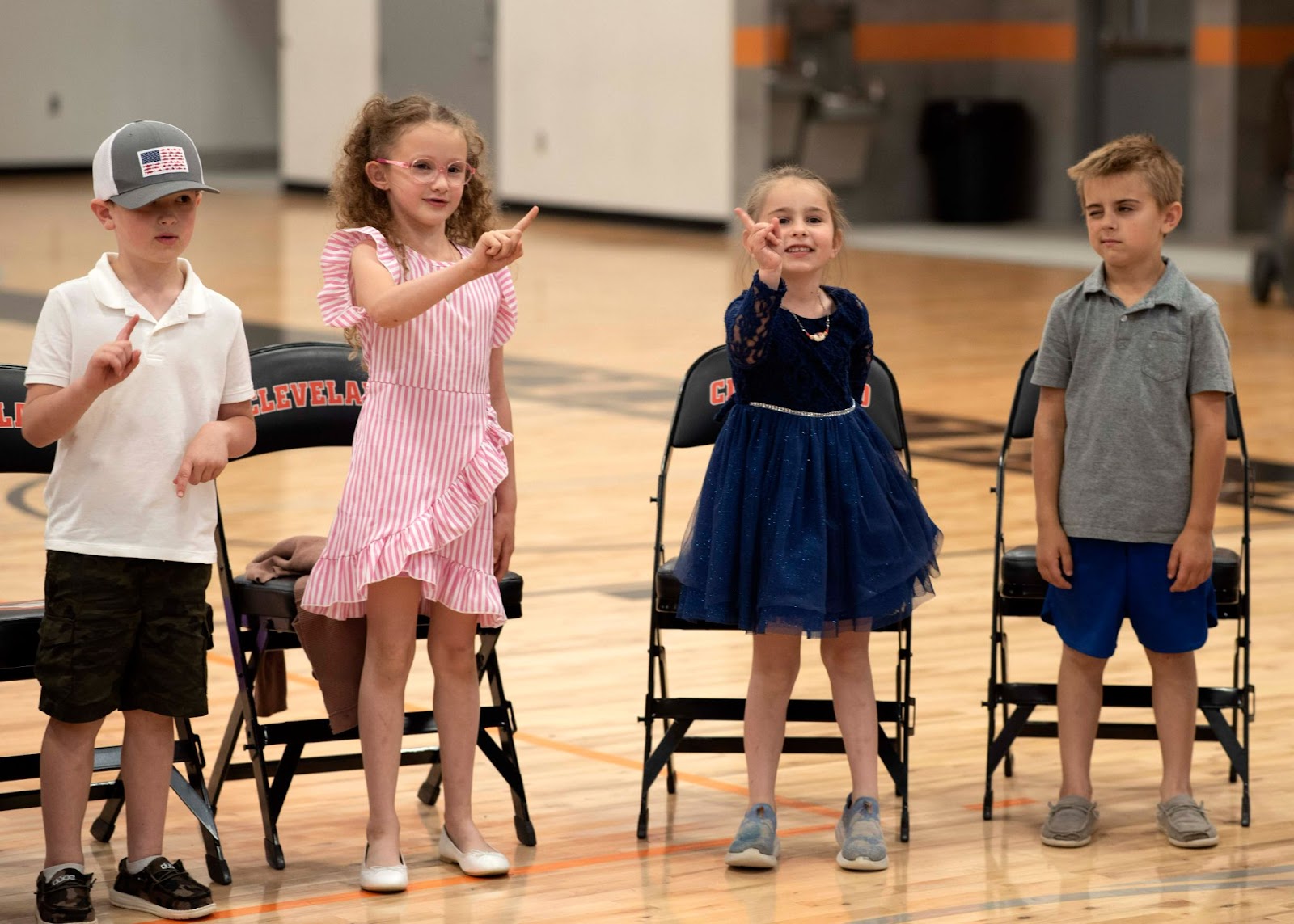 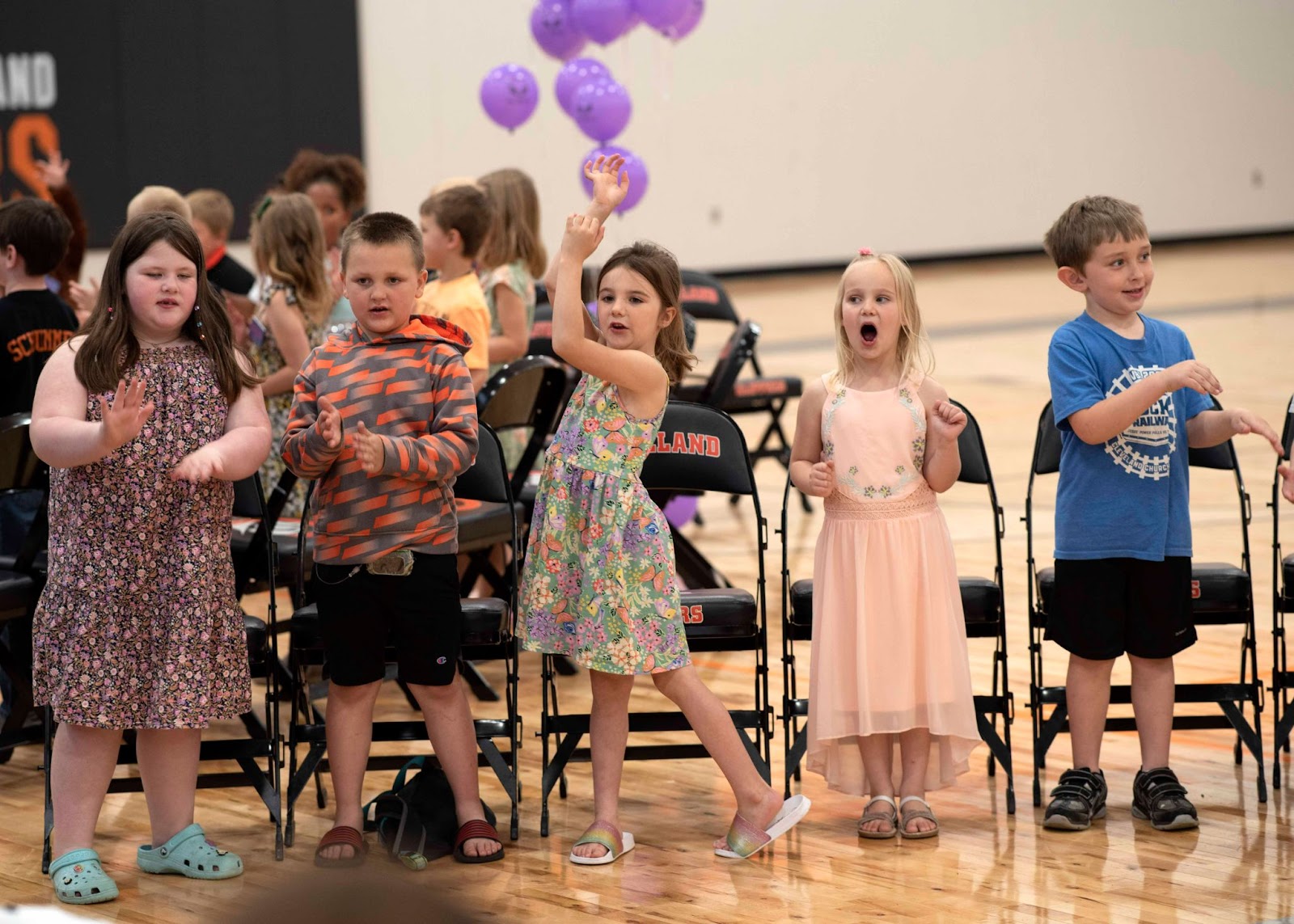 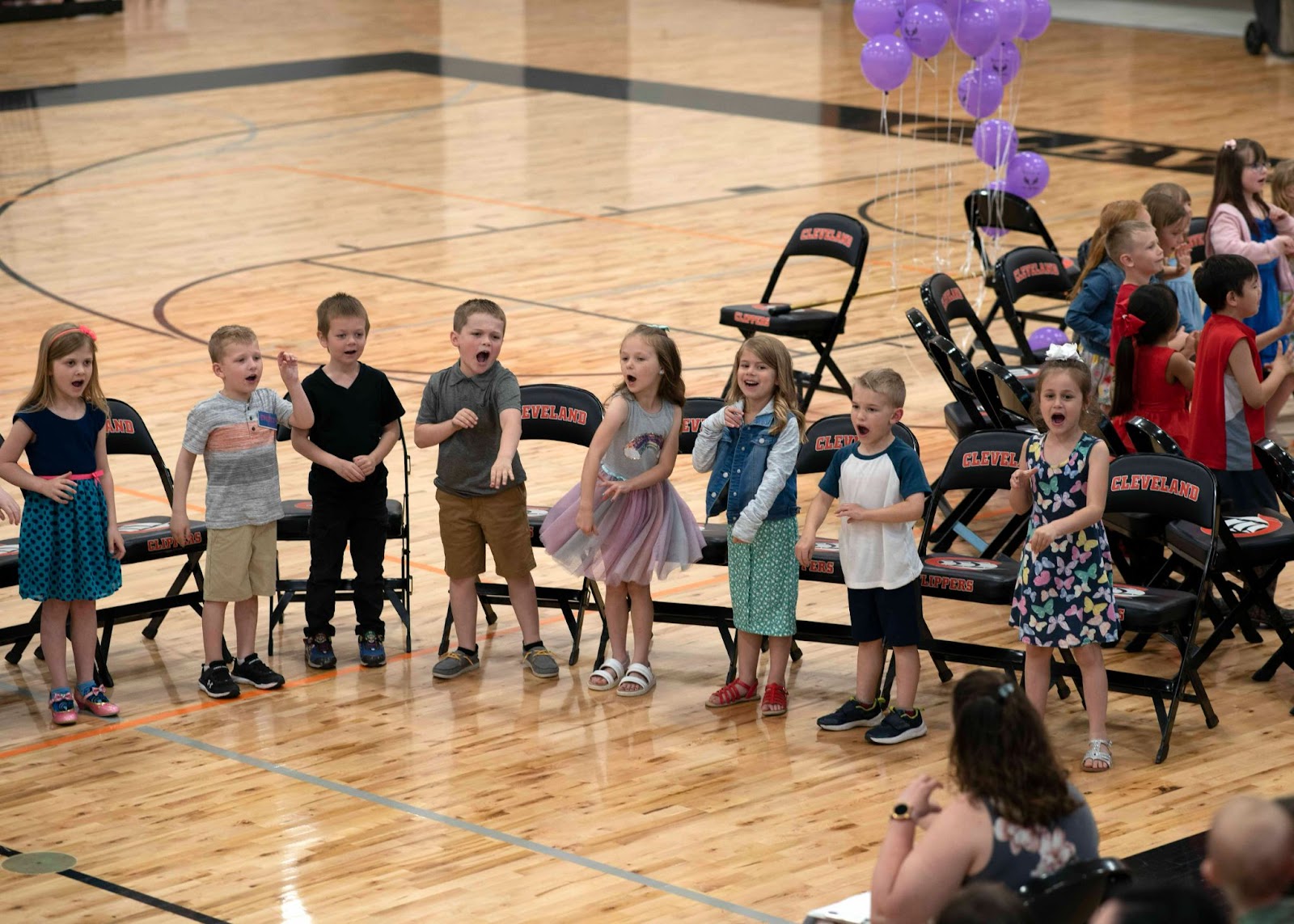 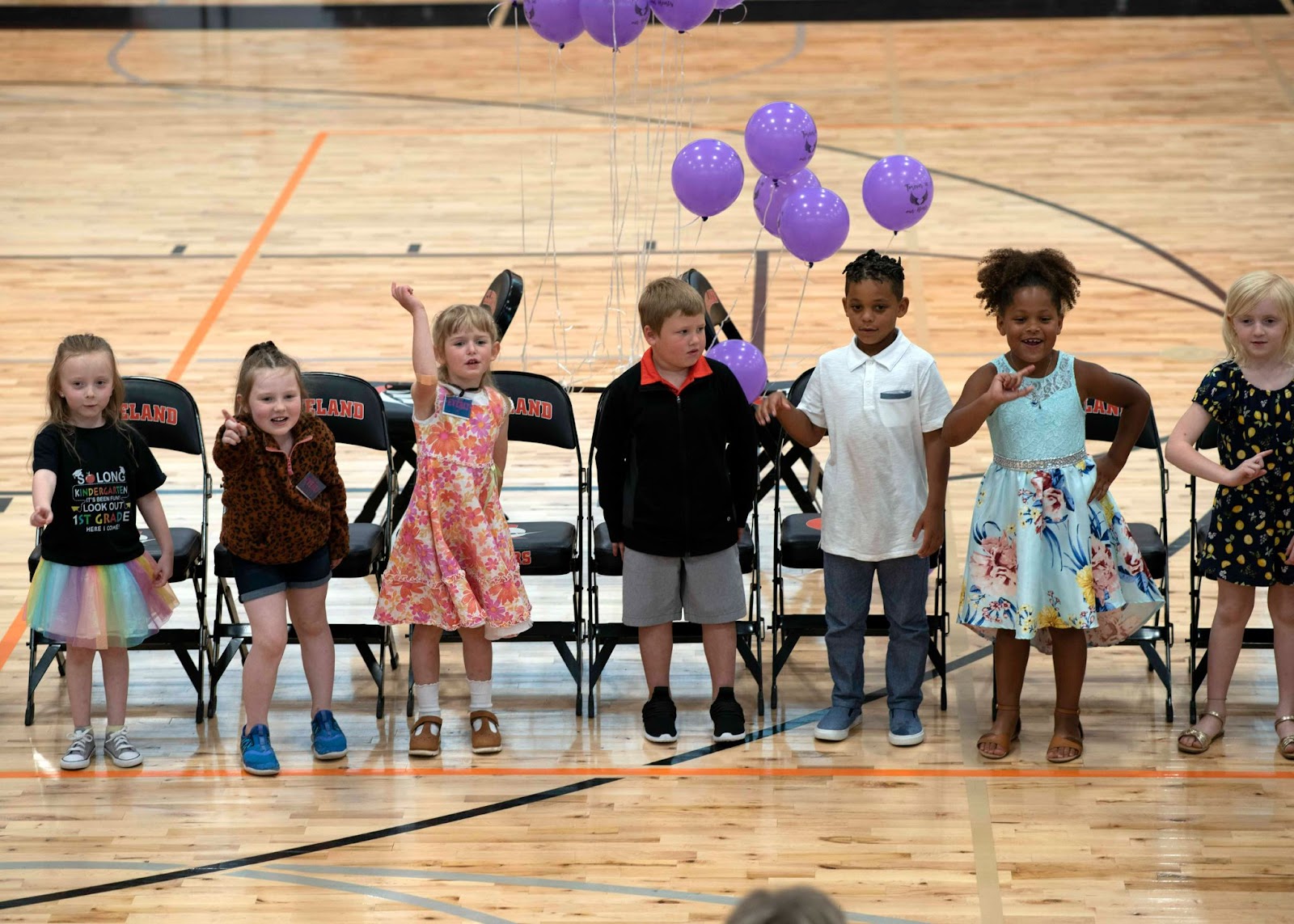 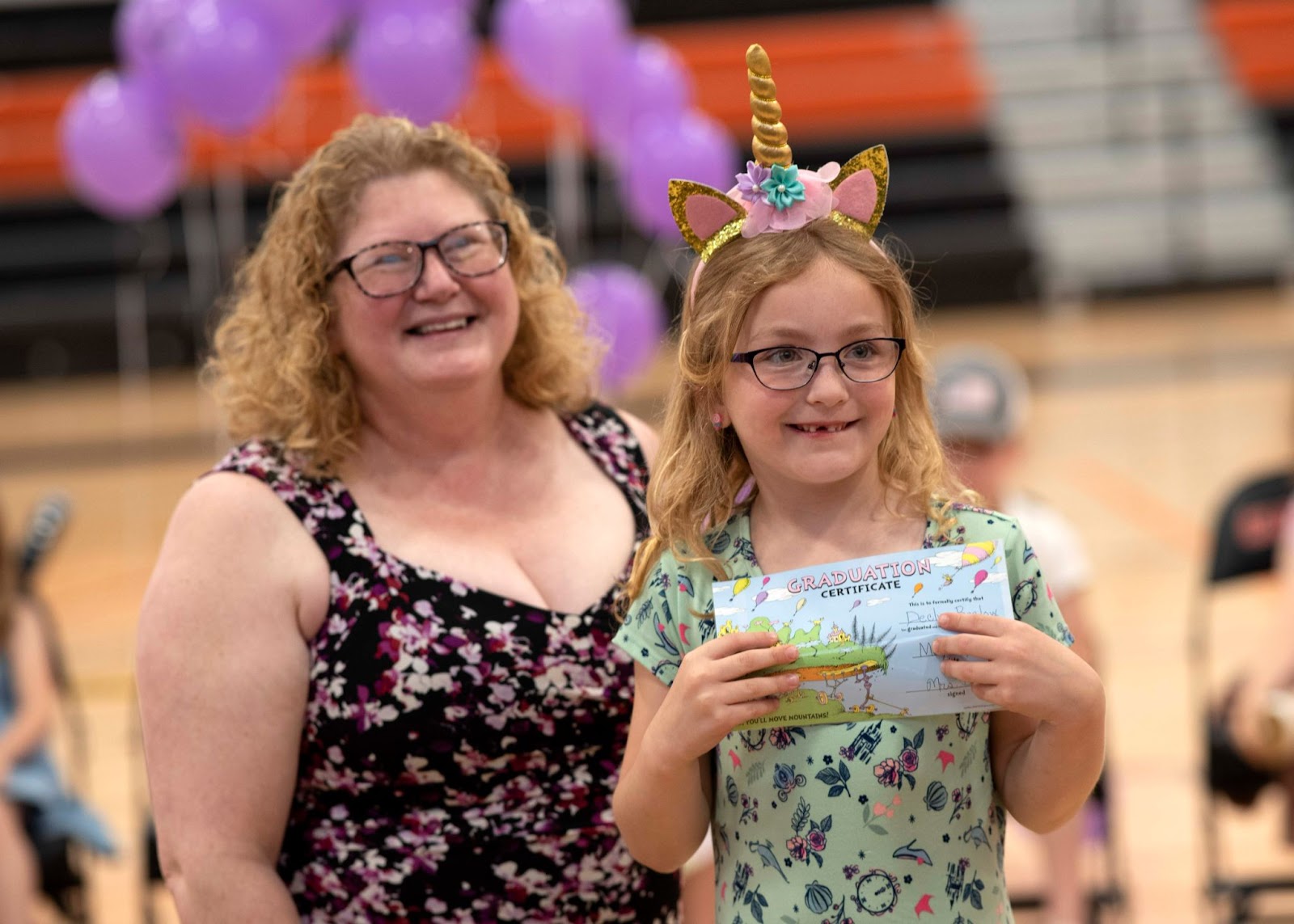 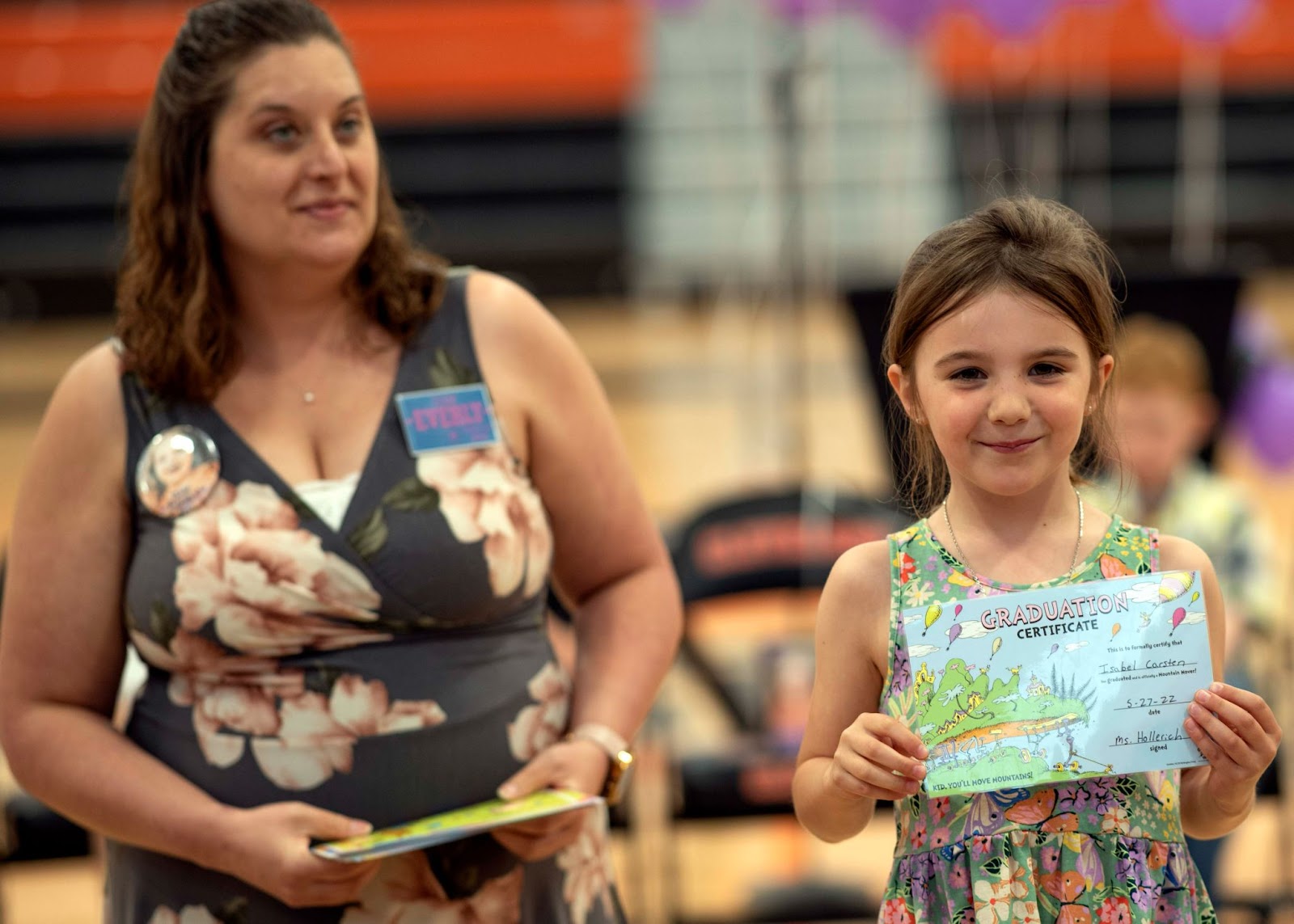 Isabel Carsten of Katie Hollerich’s classroom shows off her diploma. 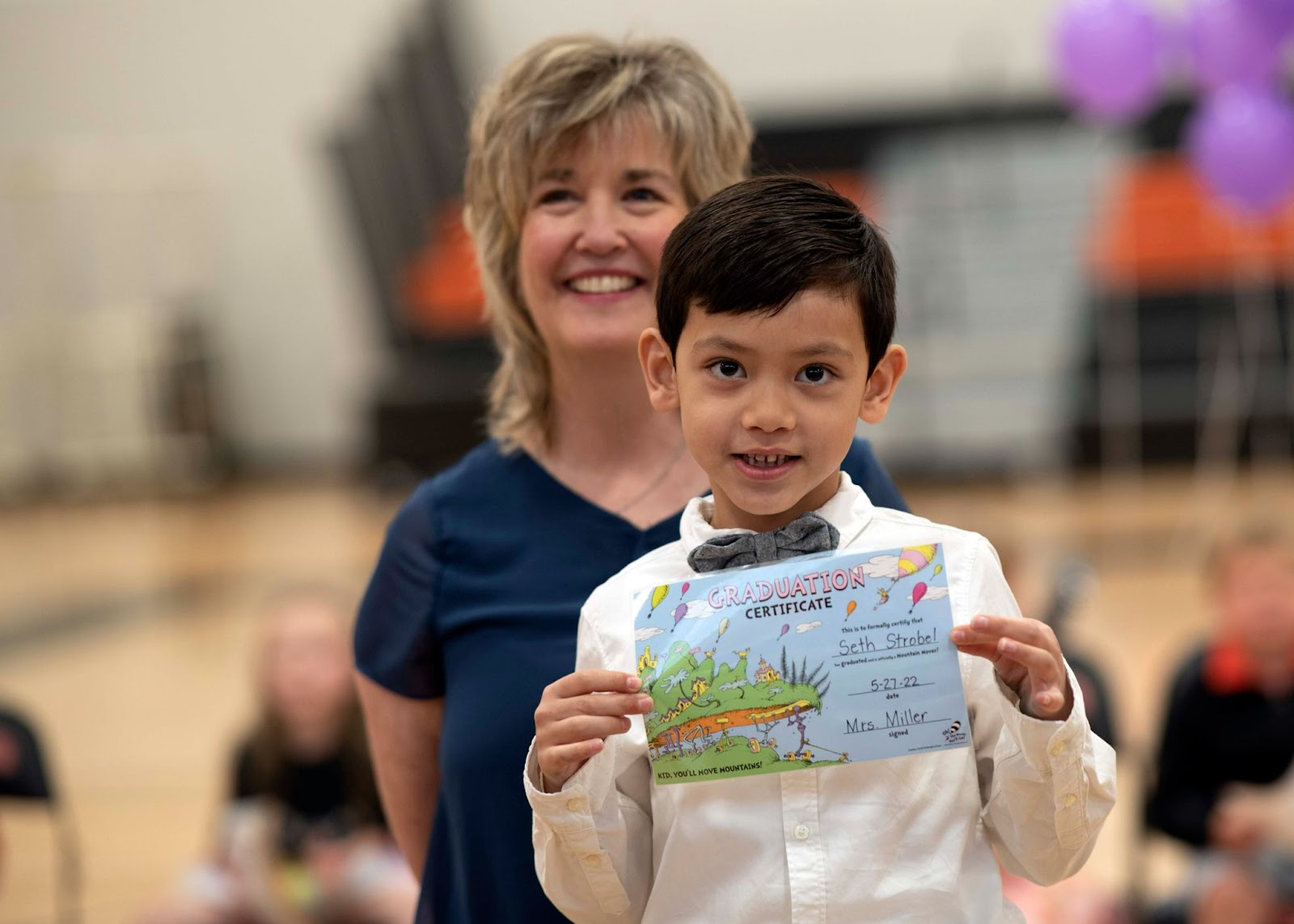 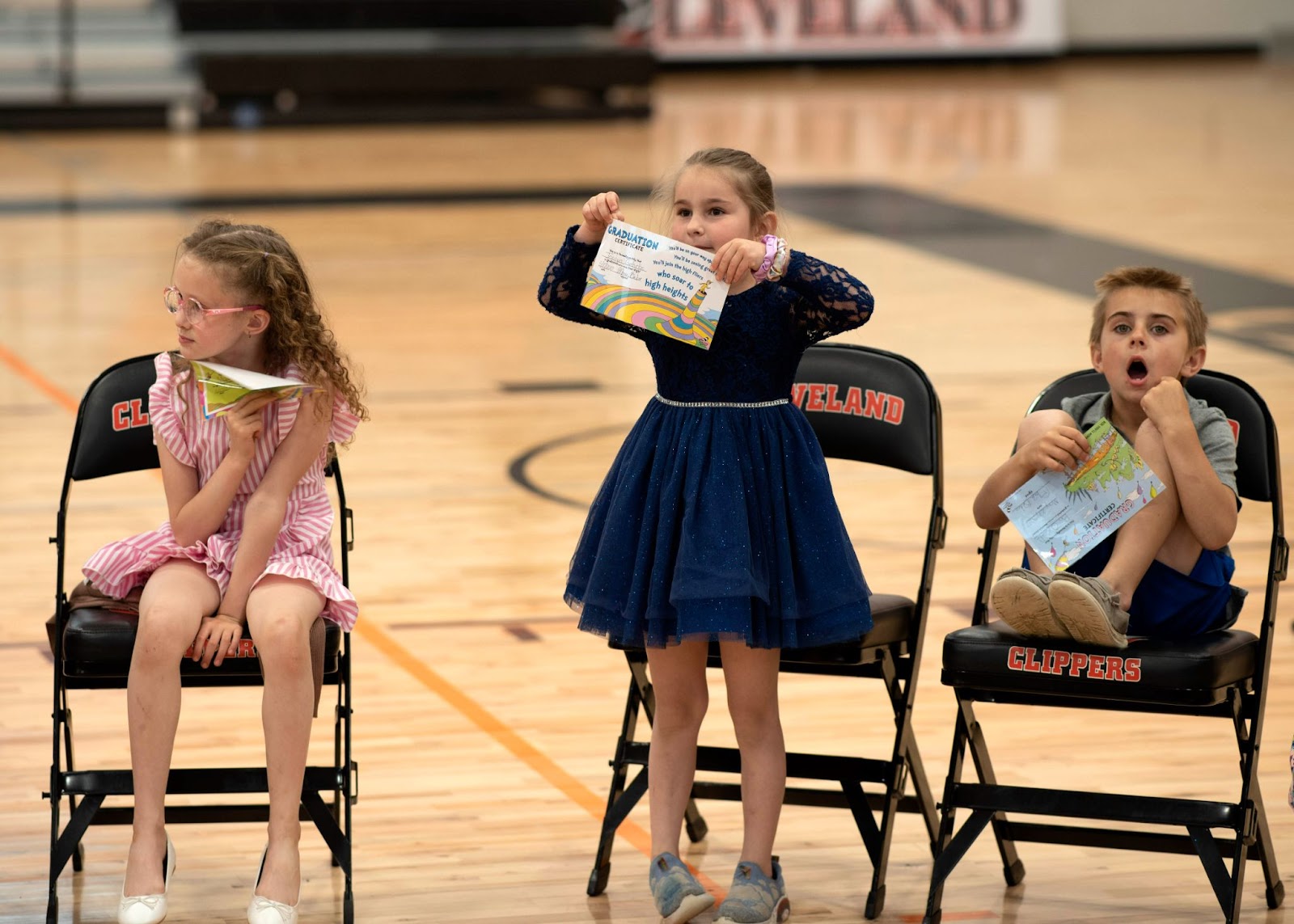 Jordyn Gehrke of Tonja Baker’s class was especially proud of her diploma. 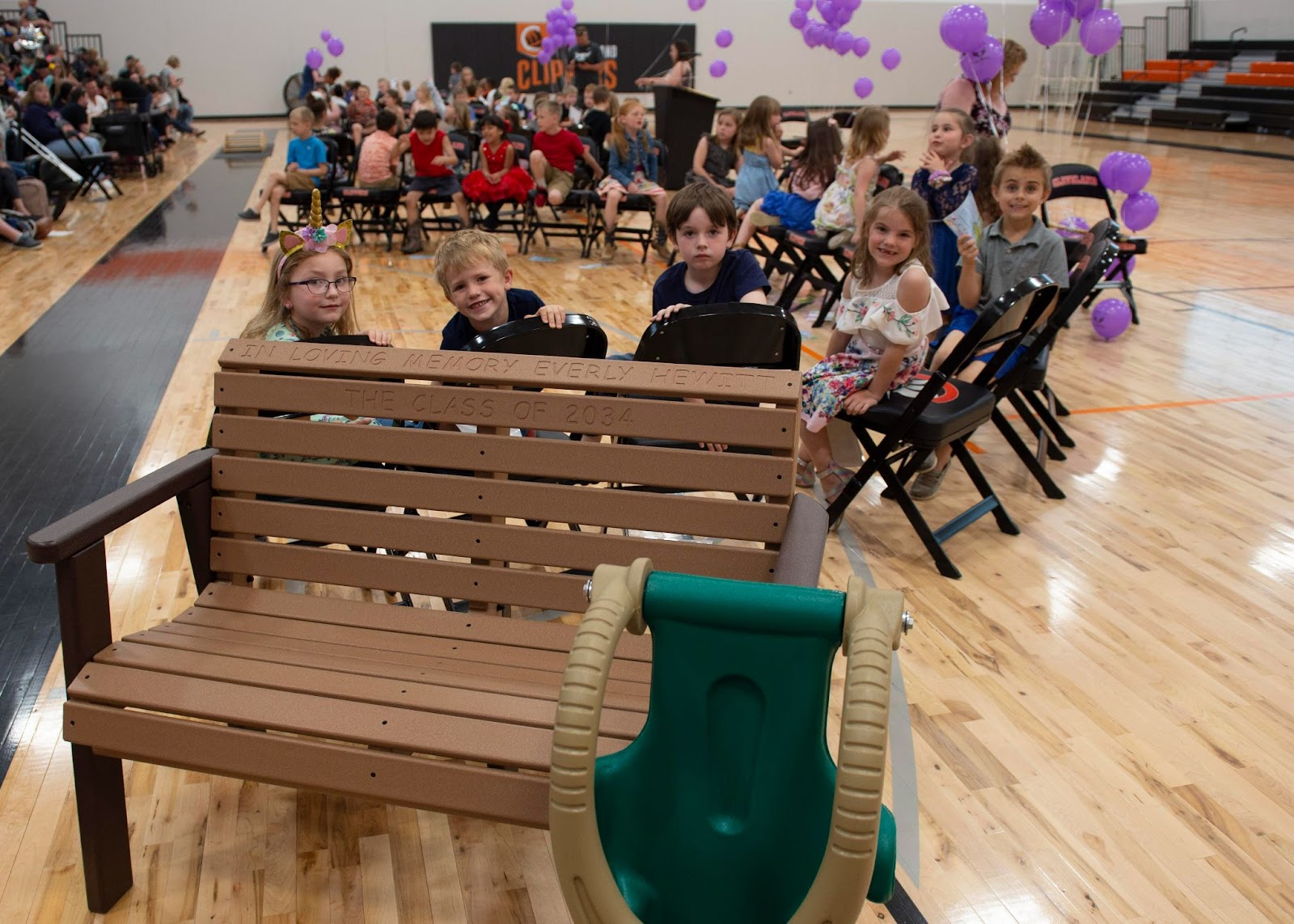 The class of 2034 donated a bench for the new playground in memory of classmate Everly Hewitt. 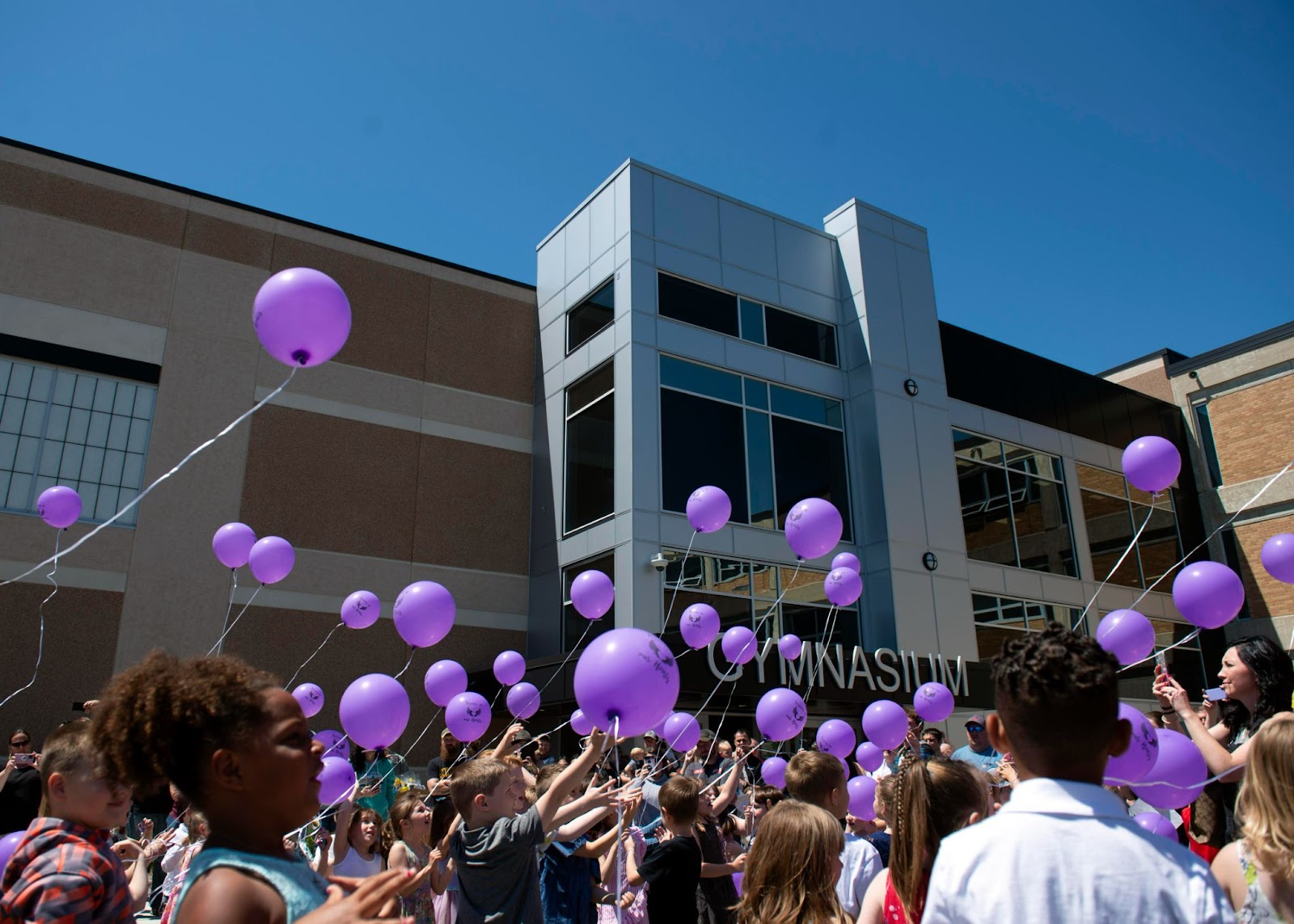 After the ceremony, the kindergarten kids released balloons to honor Everly Hewitt. 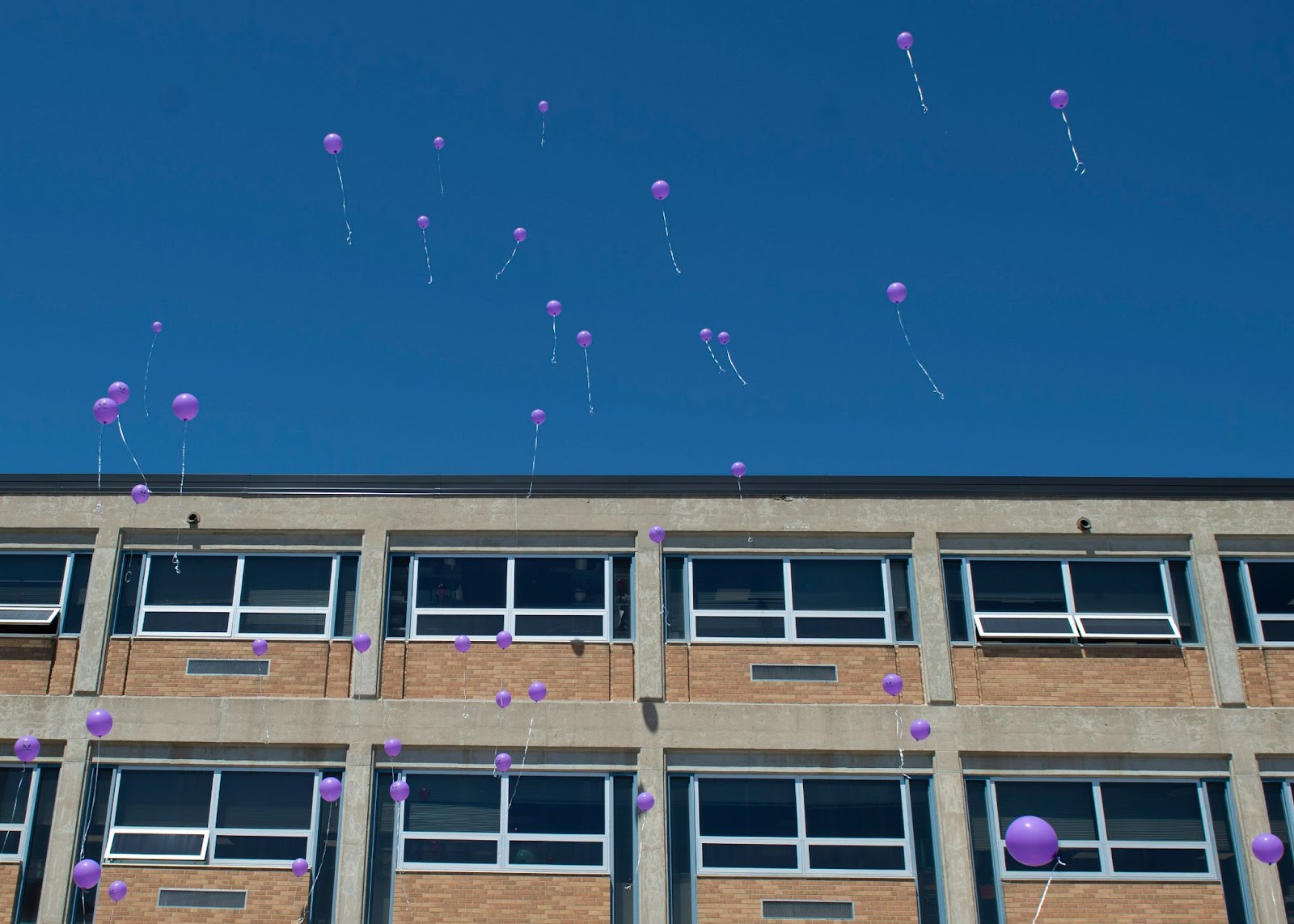 Balloons sail over the school.