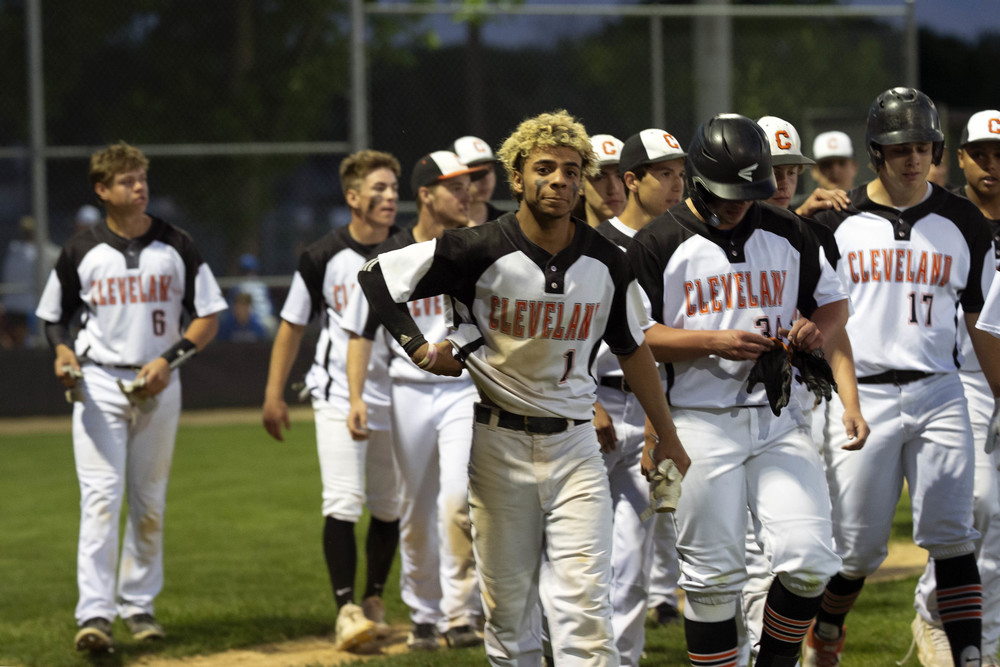 It was fitting that all six seniors had a hand in the comeback that brought the Clipper nine within one run of Mankato Loyola in the section consolation bracket.

But the comeback on the Mankato East Field on Thursday ultimately fell a run short, and, after an 8-3 loss to host New Ulm Cathedral on Tuesday, it was the end of the season for the senior six and the rest of the Clippers.

“The difference in the game was we made too many errors, at least three or four,” said head coach Mike Krenik. “But at the end it was Loyola making mistakes and us taking control of them. They thought they had it in the bag.”

The eighth-seeded Clippers were trailing the fifth-ranked Crusaders 7-2 when senior Kaleb Timlin led off the seventh with a single and made it to third on a Kyle Connor ground out. With two outs, senior Ethan Fuller, pinch hitting in the number-nine spot, took the count full and drew a walk.

“That, right there, was the spark that got us going,” said Krenik. “Ethan came through. He’s a hard worker.”

Back at the top of the order the Clippers were in the best spot to produce and did. Senior Carter Dylla sent a hit to right field for a two-RBI double. Classmate Colin Krenik walked, and Dylla scored on a senior Jackson Meyer single. Rounding out the senior onslaught, Lucas Walechka singled too to score Krenik while Meyer, the tying run, moved to third on the play.

Tanyon Hoheisel took the count full, but the next pitch caught the bottom edge, and he went down swinging to halt the uprising for a 7-6 loss.

“It’s always a tough one to take,” Krenik said. “I’m very proud of the seniors.”

Mankato Loyola opened the scoring in the first inning. The leadoff batter signed, the next batter reached when Hoheisel, back to the fence in right, couldn’t quite get a handle on a fly that was swirling around in the wind. Another error, this time on a hard-hit ball to the infield, allowed two runs.

The Clippers got a run back in the second. Hoheisel led off with a line drive to left field for a single, took second on a passed ball and scored when Timlin snuck a grounder between the first and second basemen.

But the Clippers went down quickly after that. Gabe Sullivan’s bunt flew into the pitcher’s glove, and Timlin got caught off base for a double play. The frame ended on a strikeout.

“We started out stiff and nervous,” Krenik said. “They knew it was a big game.”

On three hits and two walks, the Crusaders took a 5-1 lead in the third and padded it in the fourth with another run that scored after a single, a passed ball and another single.

The Clippers added a run in the sixth. Dylla led off with a triple and scored on a Meyer single.  Meyer’s hit could have been more productive, but on a fake bunt, Krenik, who had walked, got caught stealing second.

Loyola went up 7-2 in the sixth, scoring a run after a walk, a pair of passed balls and a ground out

The Clippers tallied 10 hits, one less than the winners.

Dylla started on the hill for the Clippers and went four and two-thirds innings, allowing six runs on nine hits and striking out nine. Three runs in his tenure were earned. Officially, the Clippers committed two errors, but a couple more could have been added in.

Walechka threw one and one-third innings in relief.

With a triple, a double and a single, Dylla led the offense. Timlin and Meyer each went two for three with two singles. Krenik, Walechka and Hoheisel each collected a single.

The Clippers struck out nine times and walked four times.

In his one and a third innings, Walechka allowed two hits, struck out none and walked none.

Without a hit, top-seeded NUC scored four runs in the first to take a lead they would never relinquish. With just one hit, they added three more runs in the fourth. ON a single and a triple, they scored their final run in the sixth.

The Clippers scored in the top of the first when Dylla led off with  a line drive to right field, advanced to second on  Krenik sacrifice, moved to third when the center fielder couldn’t handle a Meyer fly and scored on a Walechka sacrifice fly. Meyer got thrown out at second on the play.

They managed two runs in the fourth with back-to-back doubles by Walechka and Hoheisel. Hoheisel scored on a passed ball and a Timlin groundout.

The Clippers put the ball in play, only striking out five times. Each team had six hits. Hoheisel had a double and a single. Dylla had two singles. Walechka had a double while Krenik had a single.

Cathedral committed three errors, one more than the Clippers.

Meyer, one of the senior half dozen, wasn’t sure if he could play or not after a football injury kept him out of most of that season and basketball season too. Switched from catcher to third baseman, he was glad he was able to be back in a Clipper uniform this spring.

“It meant the world to me. After the football injury, a lot of people didn’t think I would make it for the season or even playoffs. And I just battled through everything. I wanted to finish one more season with my friends. Being able to play with a great group just means the most. I couldn’t ask for a better team to be with.”

It was a group that Meyer had been with since the start.

“From first graders to seniors, it was like a brotherhood. Our chemistry was off the charts. We rebounded off each other. If we made mistakes, we told each other to keep our heads up, and that was most important. We all battled no matter what, just like tonight, we never gave up. It was our motto. I am going to miss playing with them.” 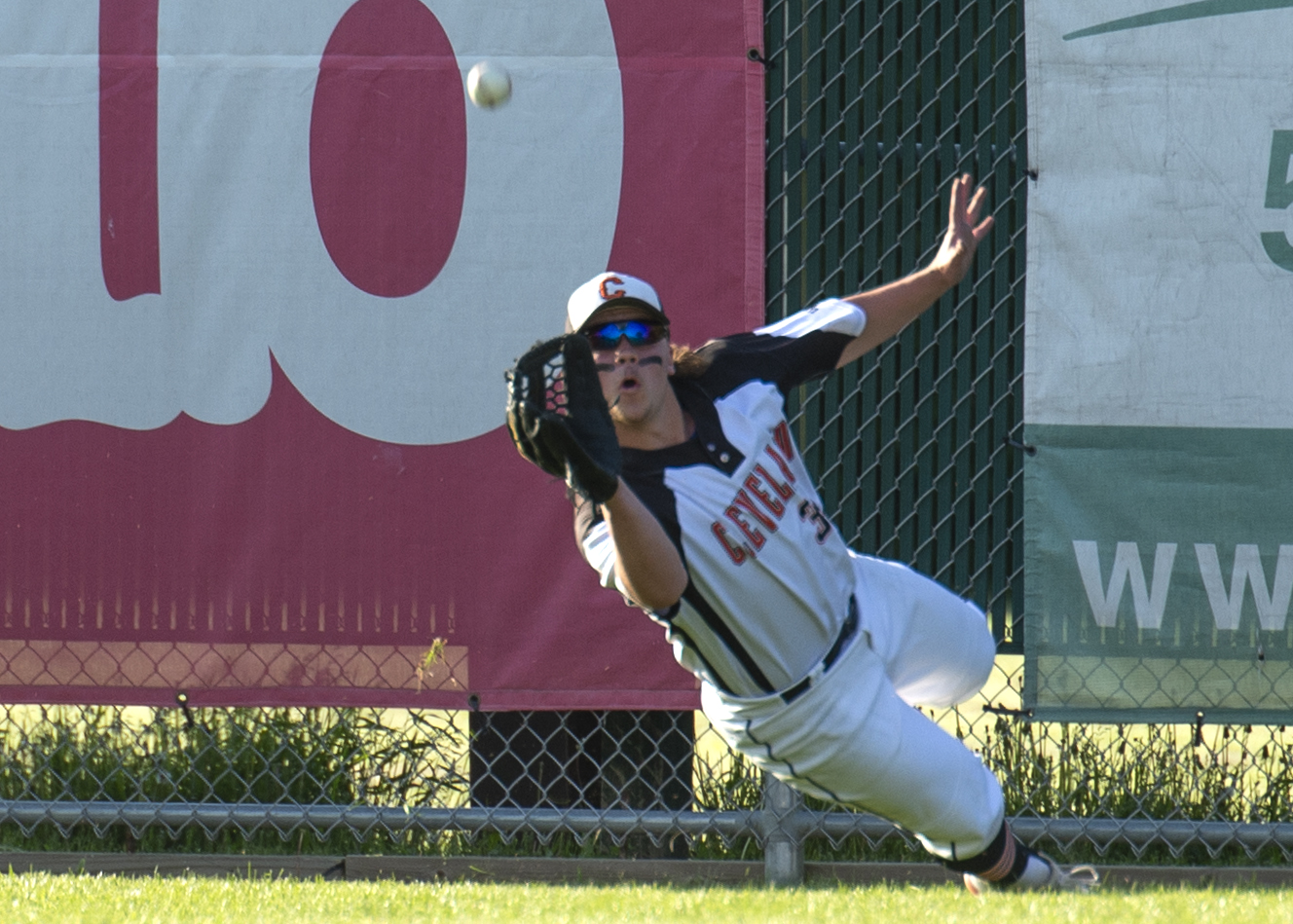 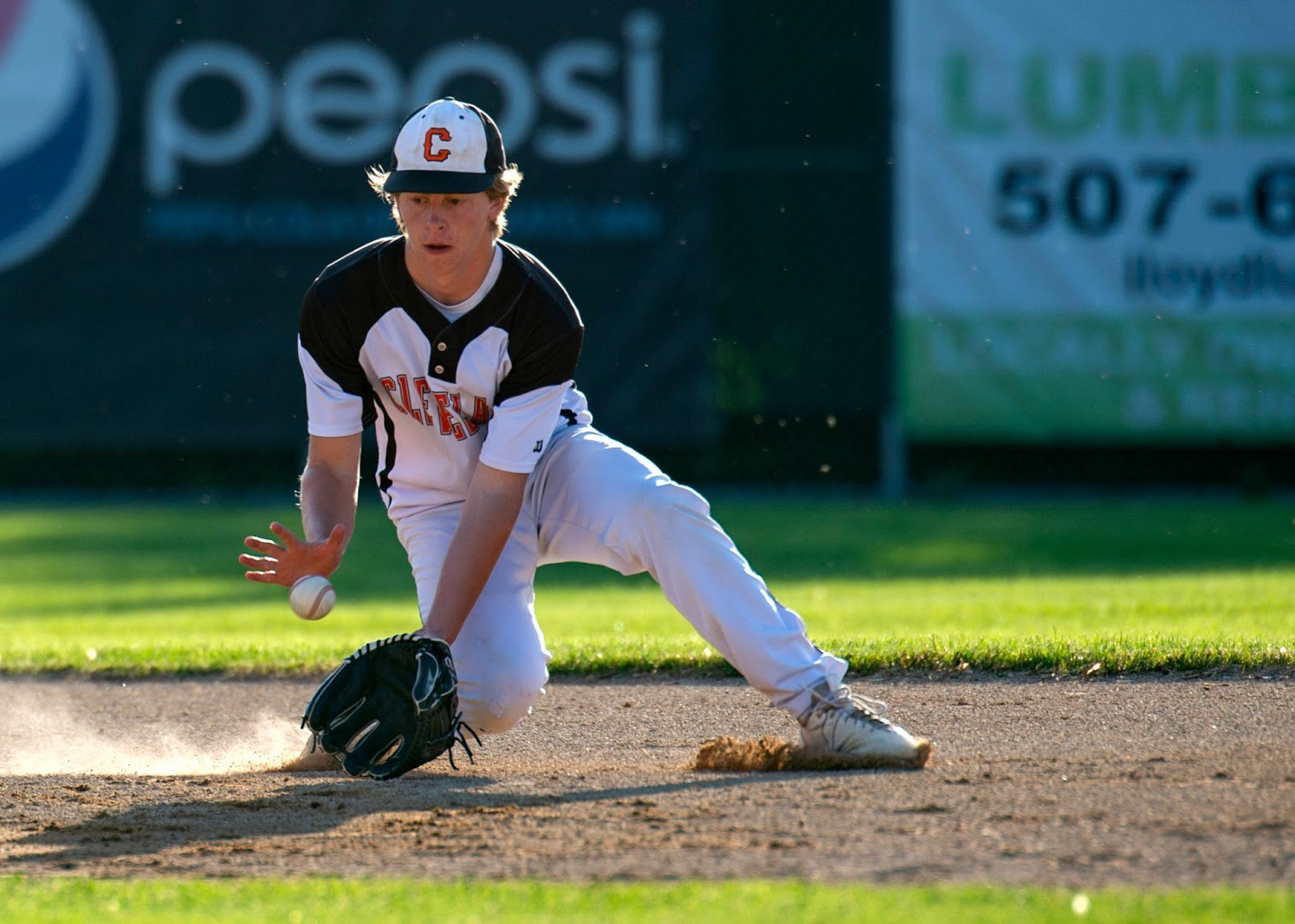 Shortstop Blake Lyons goes down for a grounder on the Mankato East field. 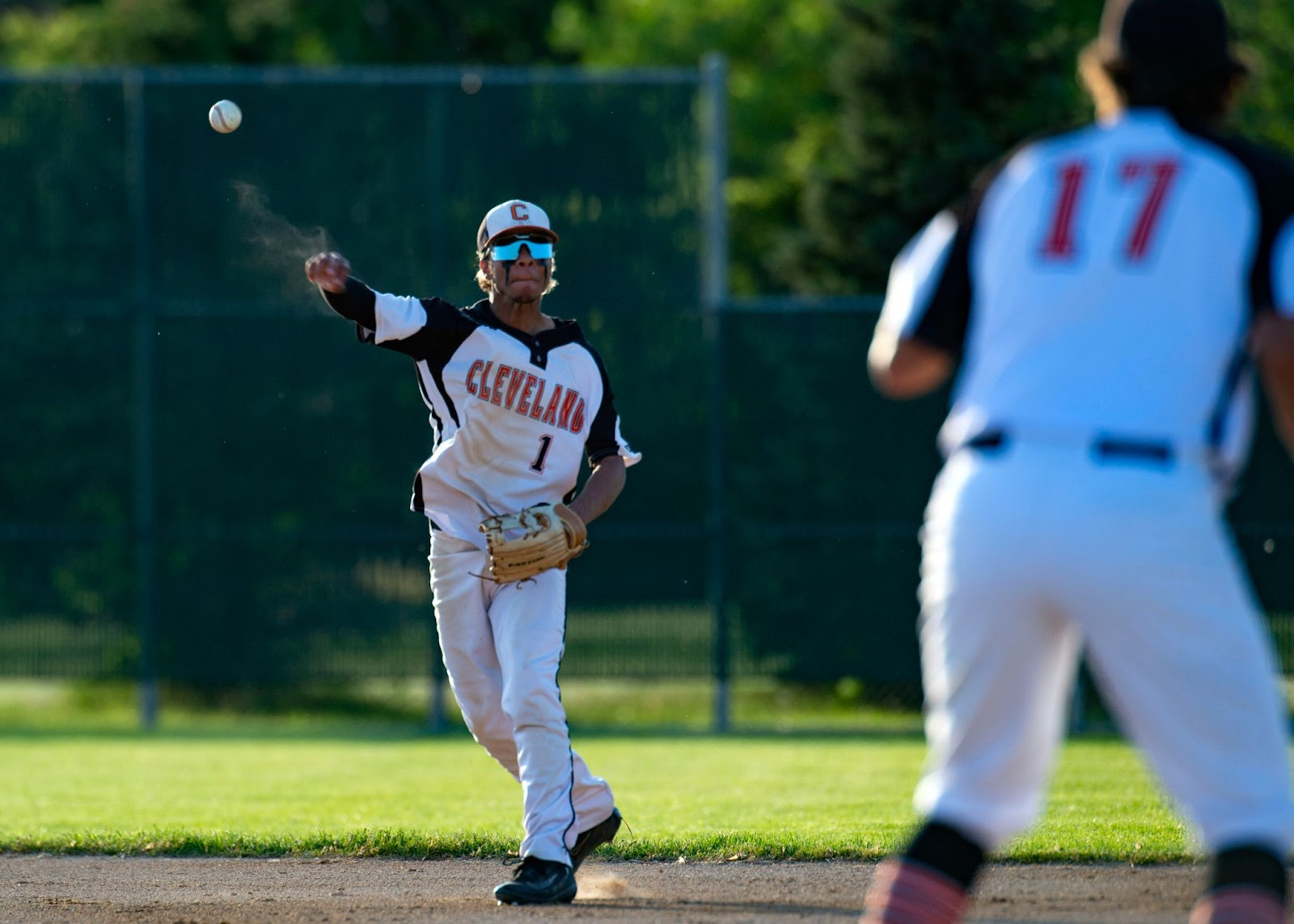 Second baseman Kaleb Timlin makes a throw to Lucas Walechka on first to put out a Crusader runner. 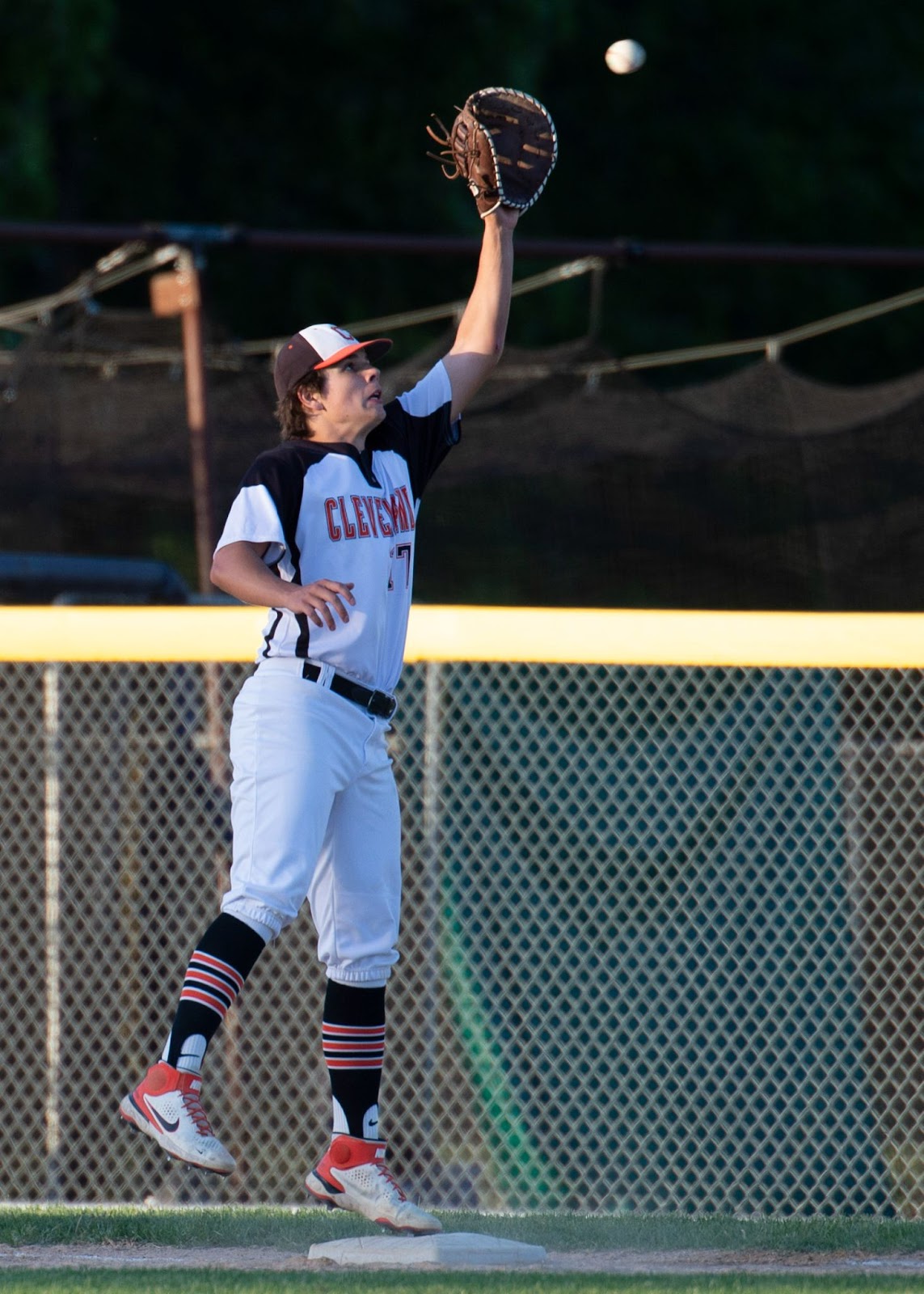 Lucas Walechka stretches for a throw to first against the Crusaders. 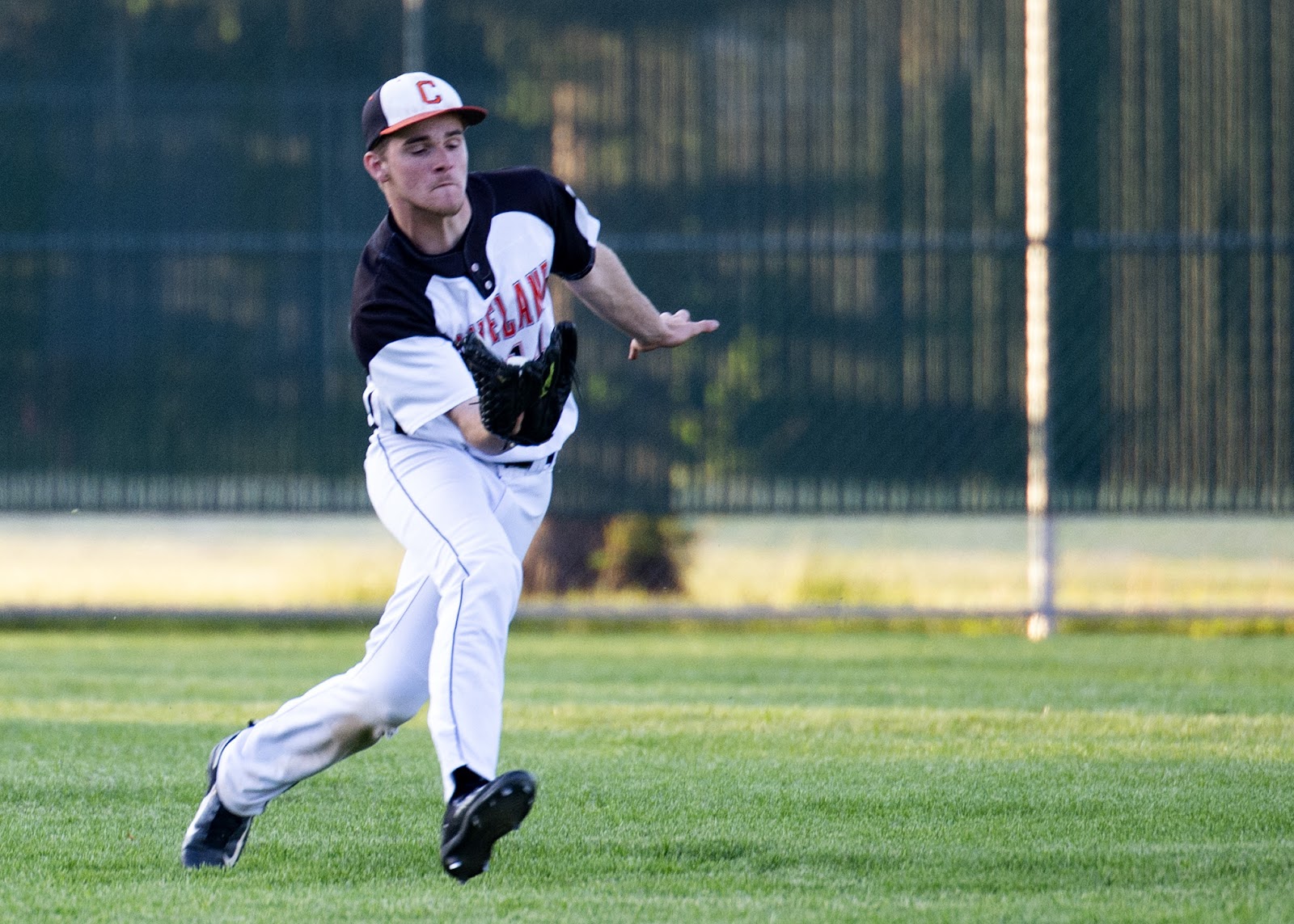 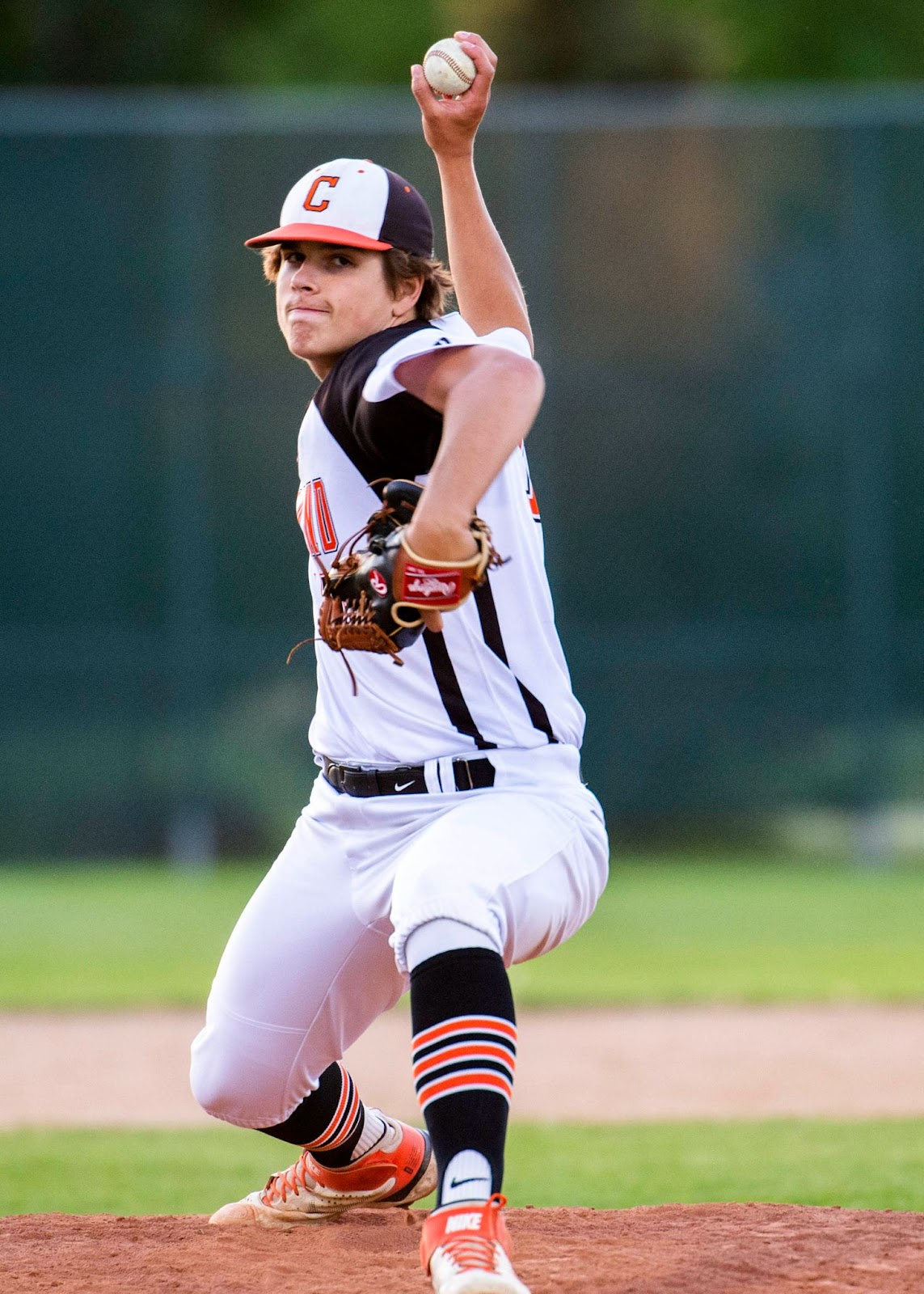 Lucas Walechka took the mound in relief against Loyola. 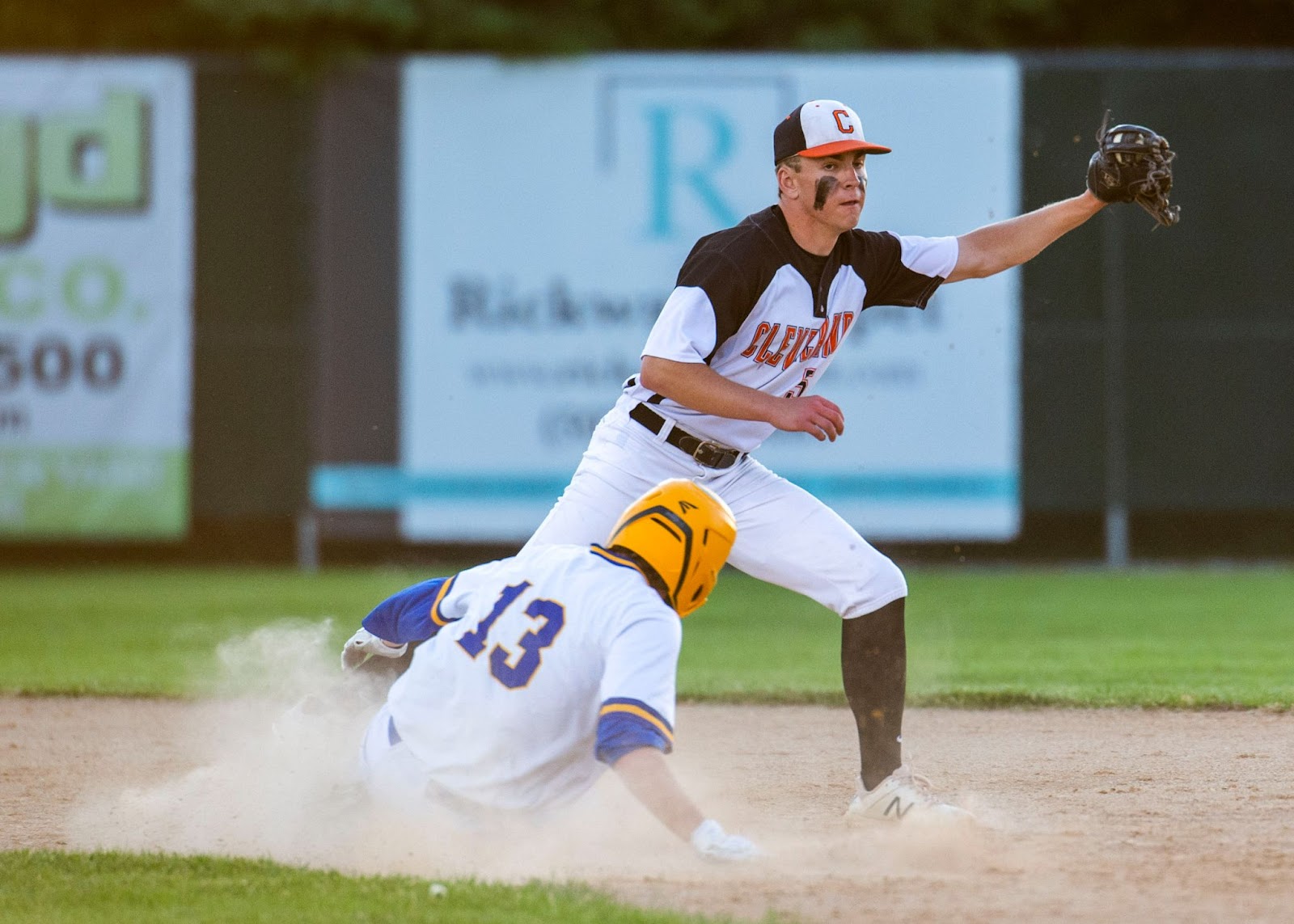 Moving to shortstop after four and two thirds innings on the mound, Carter Dylla completes a force out at second. 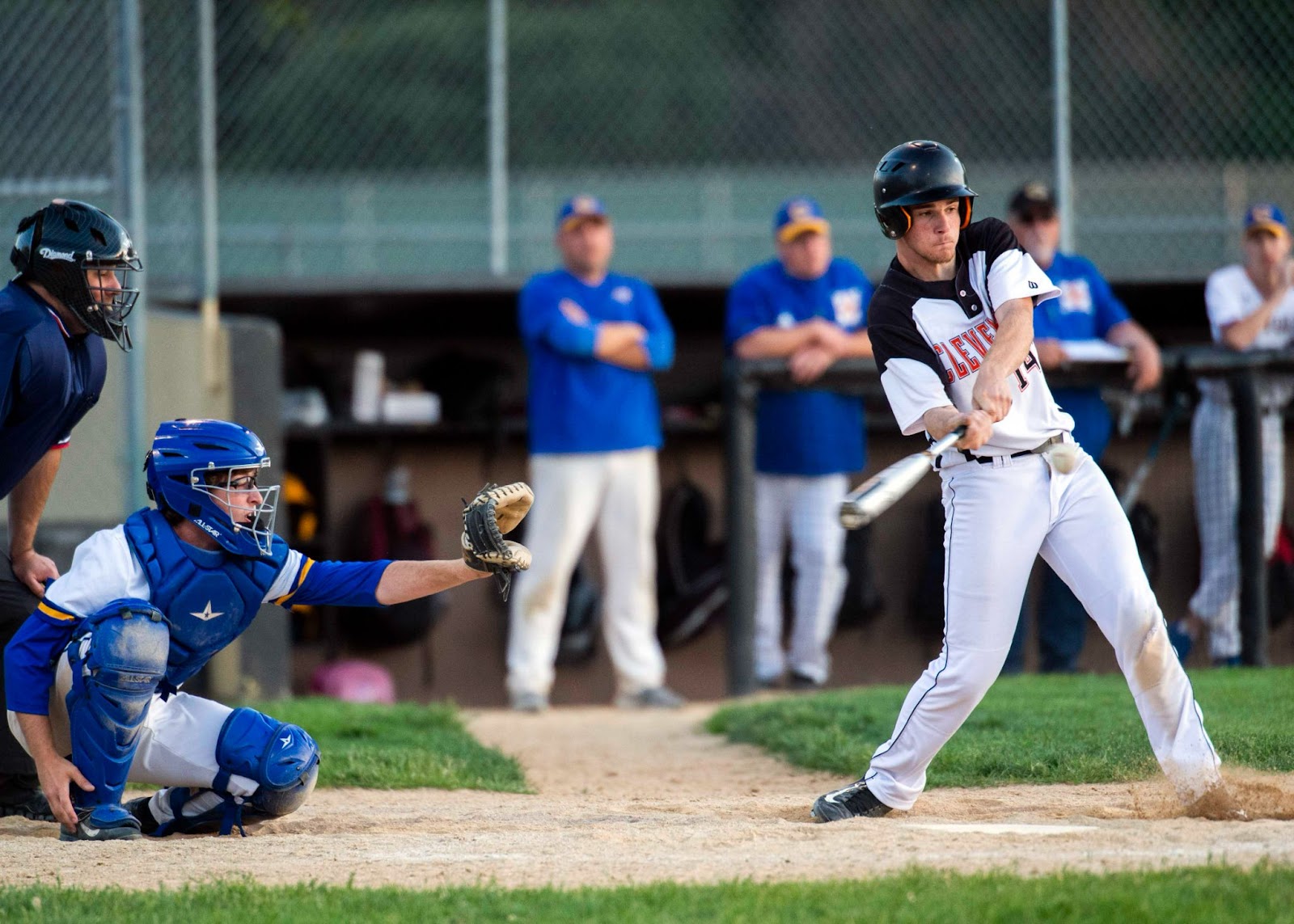 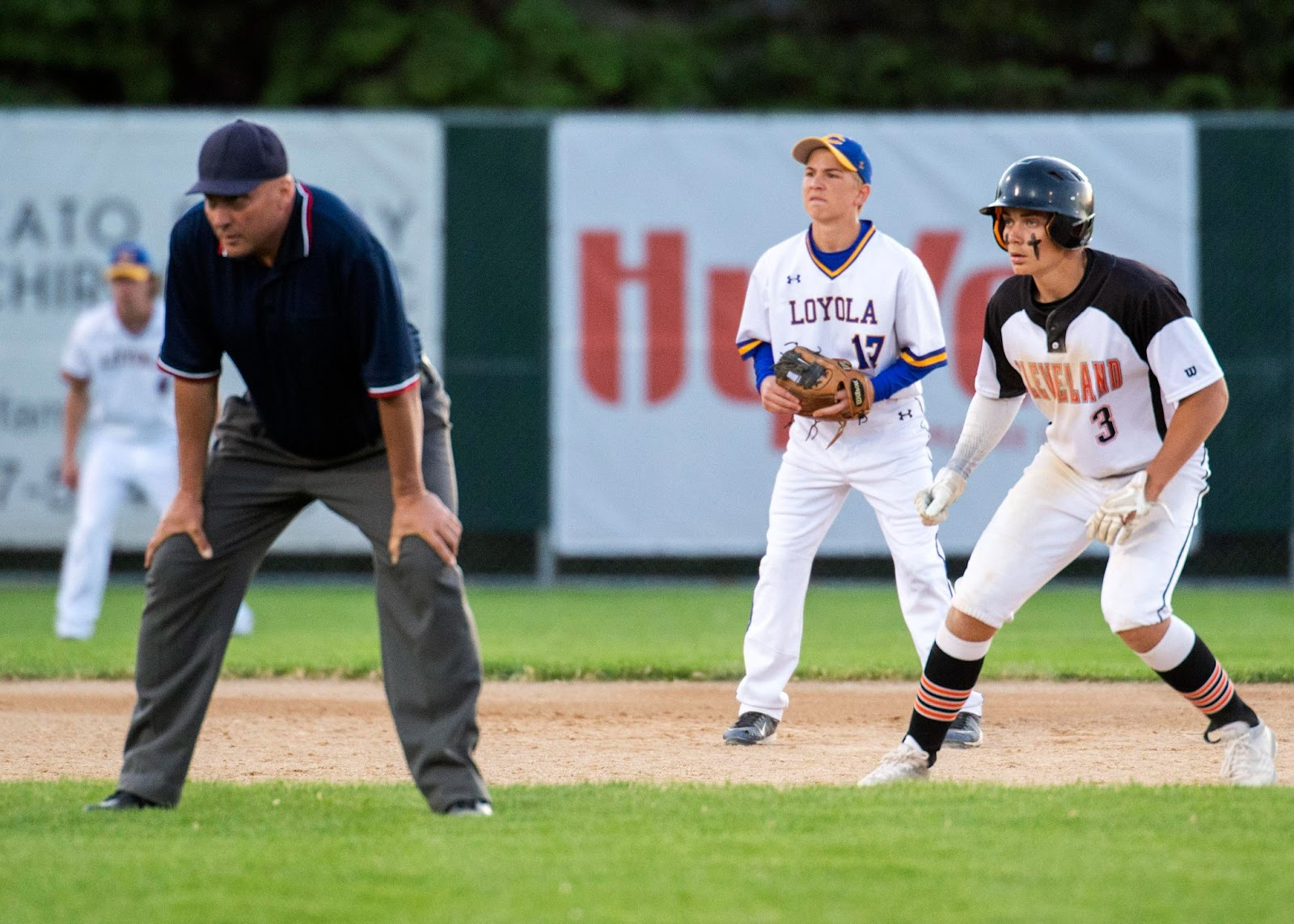 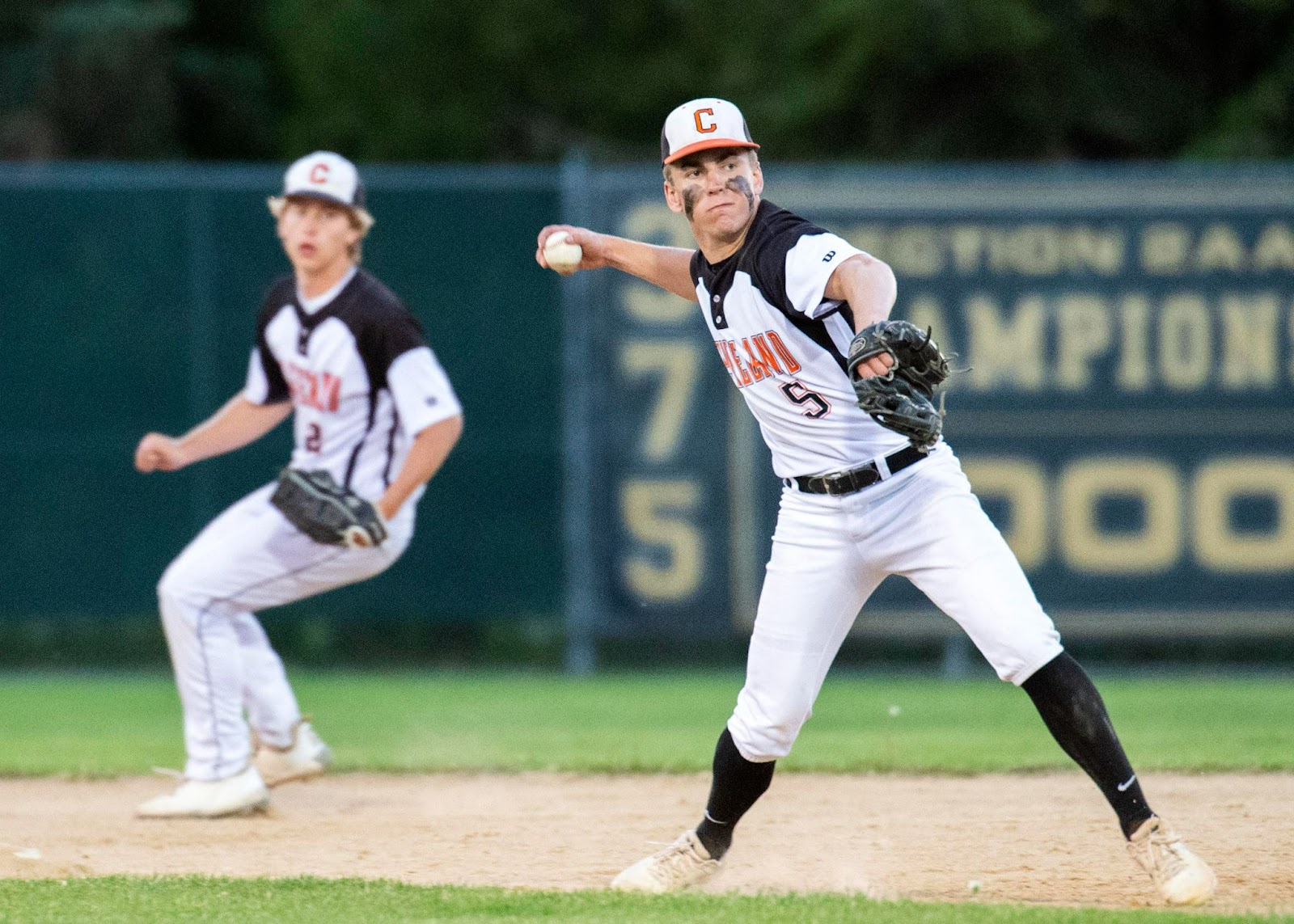 Carter Dylla coils for a throw to first. 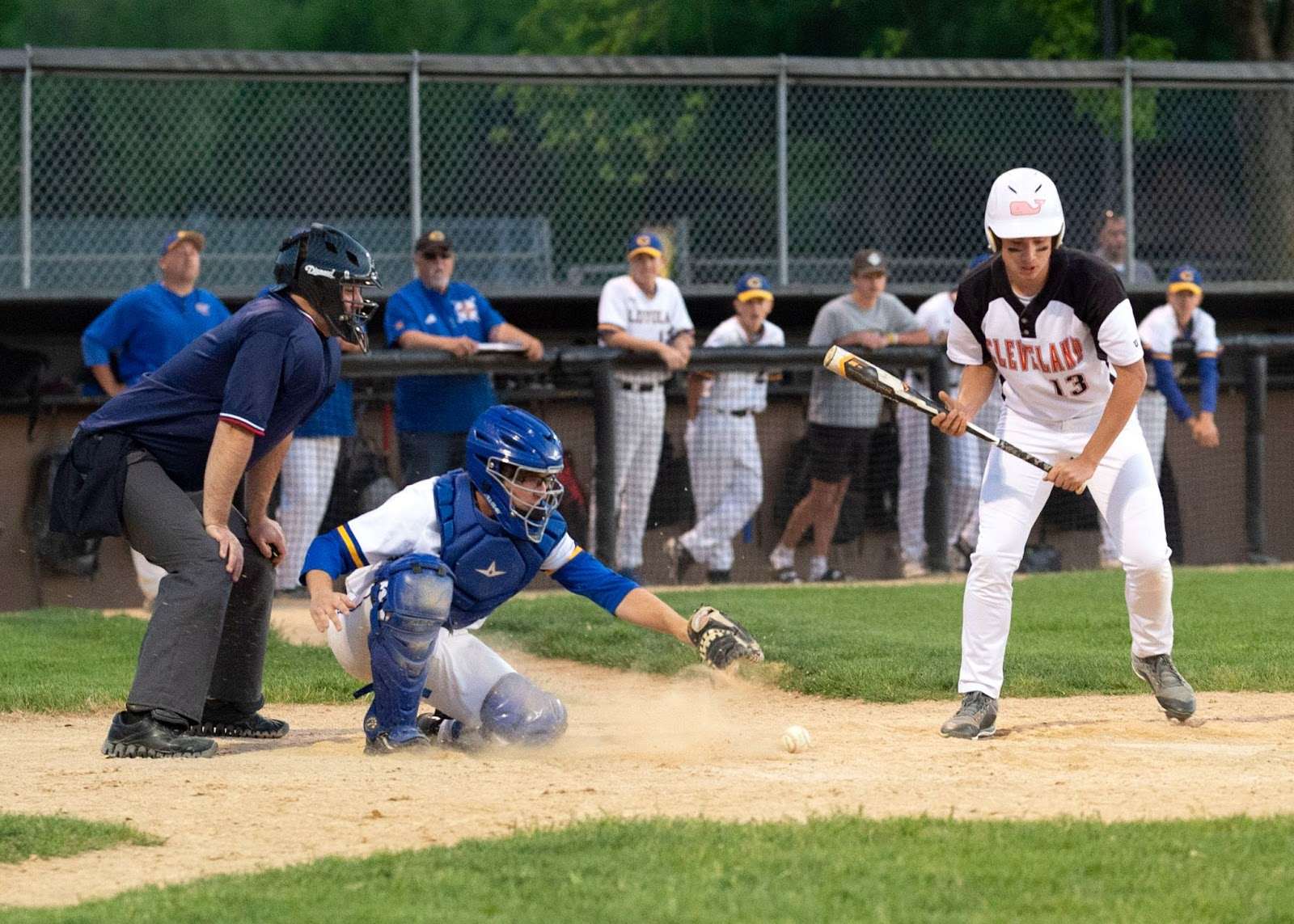 Ethan Fuller takes ball four in the seventh inning. It was the catalyst to a four-run rally that pulled the Clippers within a run of Loyola. 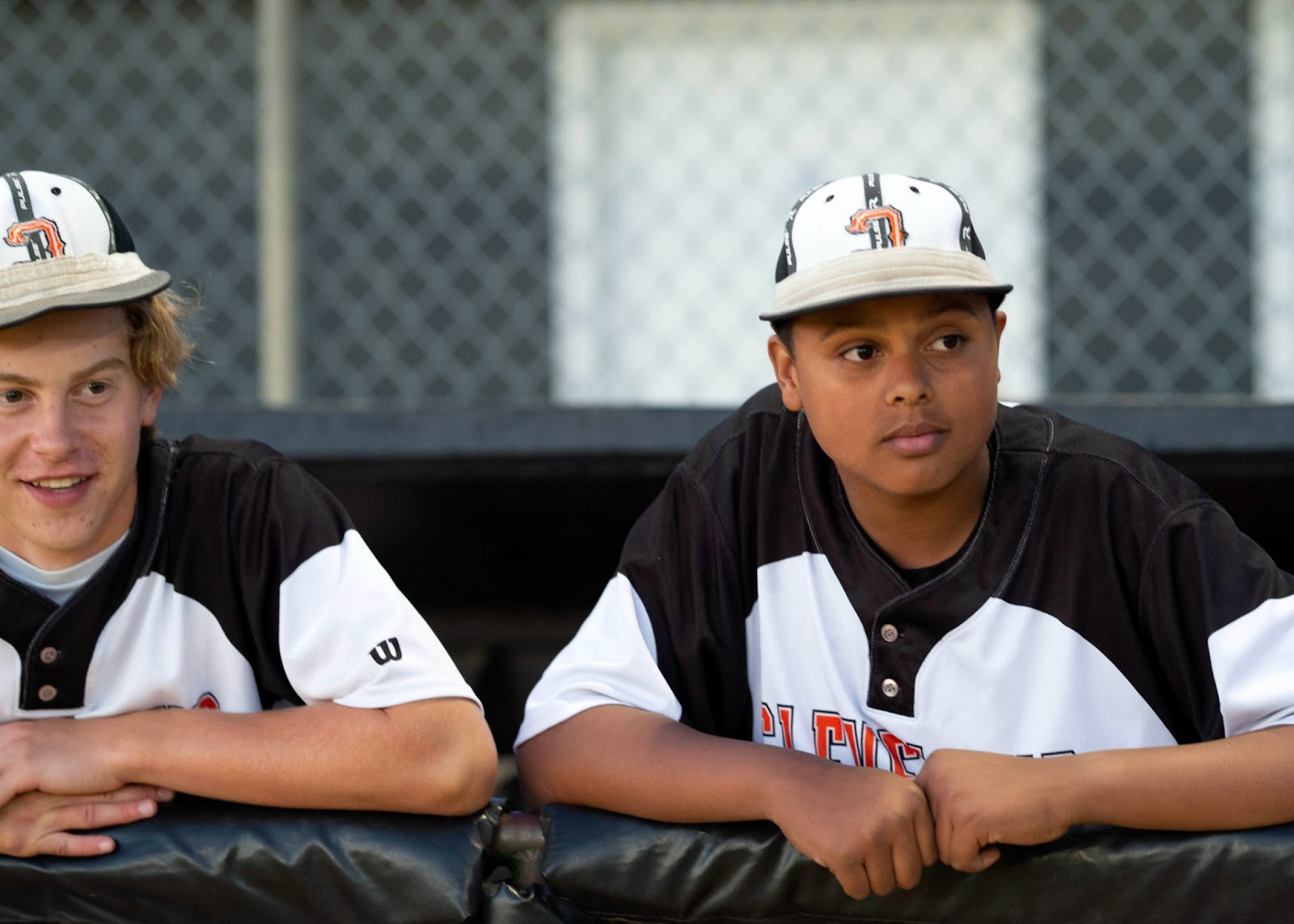 Blake Lyons and Alex Johnson had their rally caps on in the top of the seventh against Loyola. 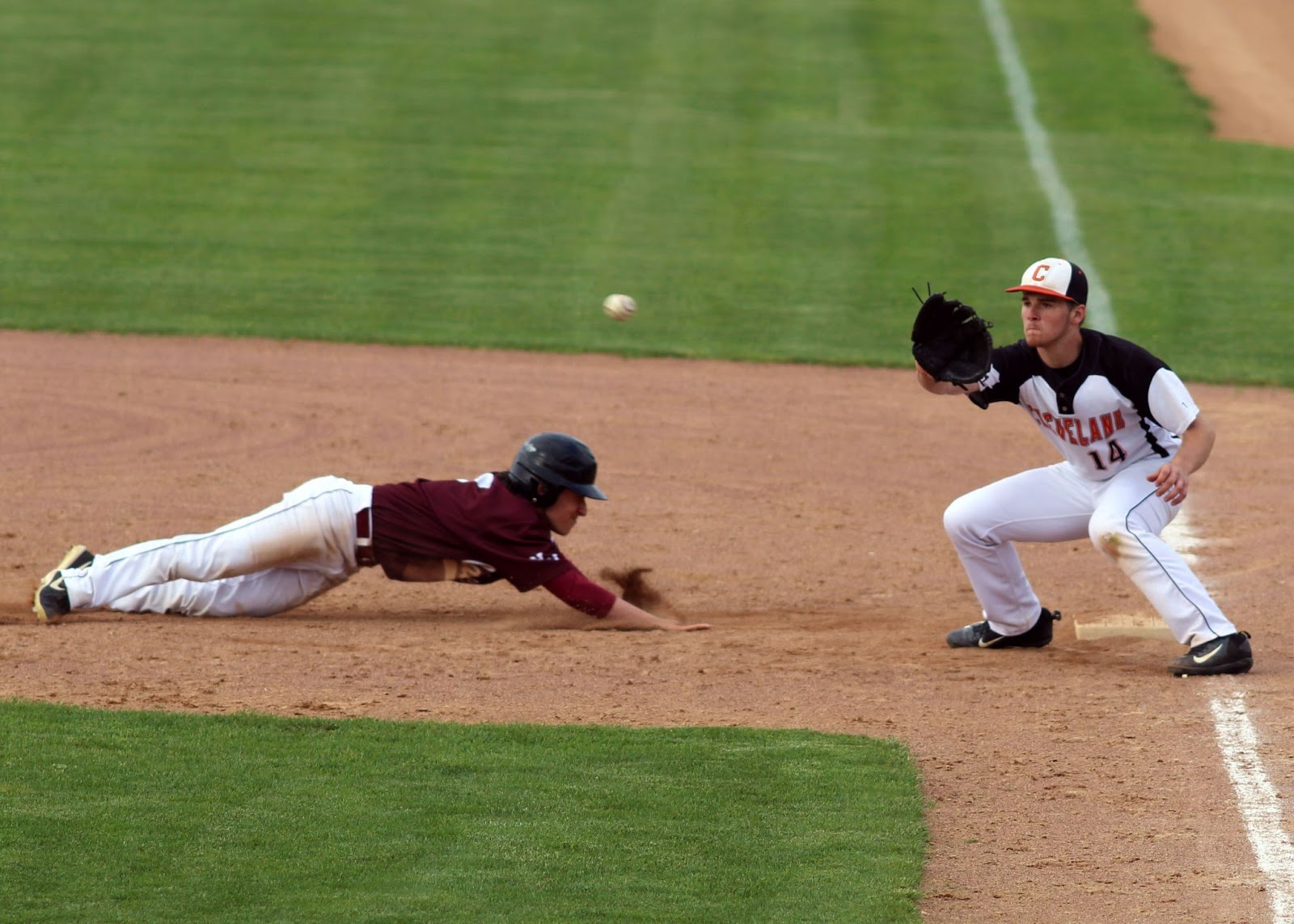 Colin Krenik sets up for a catch as a New Ulm Cathedral runner tries to get back to first. (Photo courtesy of Patty Sullivan)