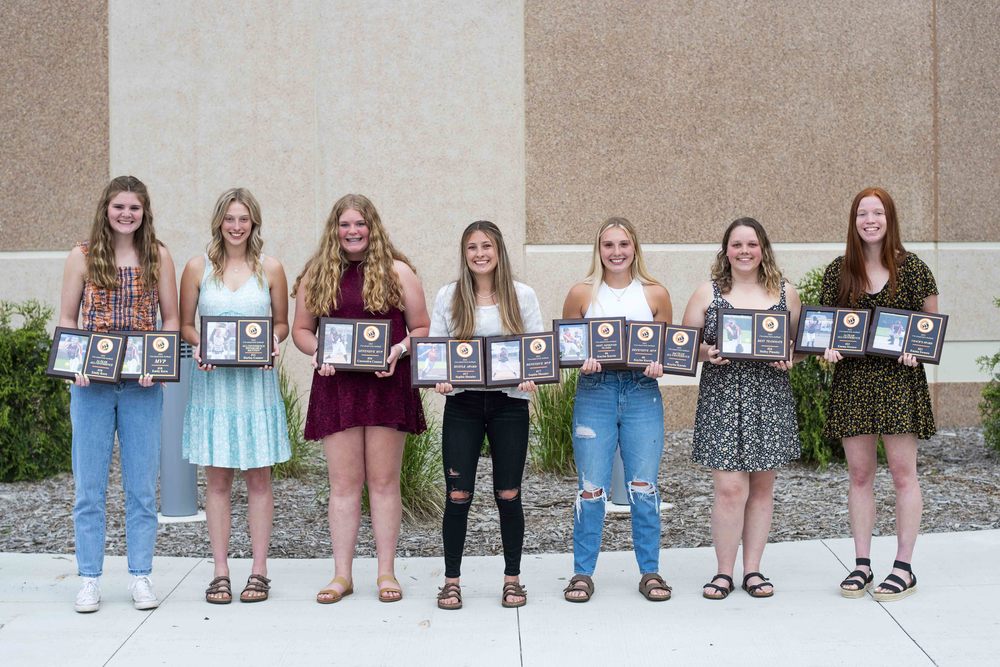 Two weeks after the Clippers were abruptly eliminated for postseason play,  the bitter taste is finally going away for head coach Mike Barton.

“I finally feel better. I got over that Monday. But we had a chance. A lot of coaches came up to me when they heard what happened and said that we would have gone a long way.”

While the Clippers didn’t get past the opening round of sections after they got upset at home against Madelia—a team they had beaten twice before—they did have a successful season, and they took time to reflect on it during an awards banquet, which was held in the school commons on Monday.

In an almost unanimous vote by the team, senior pitcher Emily Kern was named as the Most Valuable Player. While the Clippers rode her arm all season, she had a powerful bat as well.

For her efforts, conference coaches chose Kern to be on the All-Valley first team. She was also named to the All-Section team.

“The Valley coaches respect what you have done,” Barton said of those who earned conference recognition.

Emma Sweere, a junior infielder and outfielder was also named to the All-Valley first team, and Barton chose her to take home the Coach’s award.

“It’s for the player who does everything: hustles, makes amazing plays,” he said.

Junior outfielder Kaylee Karels made the All-Conference second team. She was also tied for team voting as the Defensive MVP and was penciled in as the Most Improved Player.

Junior Sophie Shouler, who typically played shortstop, typically was top of the batting order, and typically stole second after any trip to first base, also earned a Defensive MVP award and was chosen by her teammates as the winner of the Hustle award.

“It’s not just hustling on the field; it’s running in between innings and working hard in practice,” Barton said.

As a team, the Clippers earned the Minnesota Coaches Association’s academic gold status for having a GPA of 3.75 or higher among the top 10 players.

Outscoring its opponents 84-72, the JV team finished with a respectable 8-4 record. Coach Sandi Hollerich presented awards, including statistical awards and awards voted on by the team.

Plonsky and Hartman had the best batting average (.500). Schipper had a .450 batting average. Bartell batted .345. All earned awards for their efforts at the plate.

Voted on by her teammates to earn the Clipper Spirit award was Olivia Shouler while they chose Madysen Seely as the Most Improved Player. Her team chose Lacey McCabe to take home the Best Defensive Player and the Most Valuable Player awards.

With losses to Nicollet and LCWM, the varsity Clippers were 6-2 in the conference for third place. Nicollet went on to win the state Class A title.

“It was a fun year,” Barton said. “Less than three months ago we were just getting started. It went way too fast.

The head coach said there was a lot of progress all the way around in that short time.

“You guys taught me as much as I taught you. The amount of growth in that time…we have a lot to be proud of and a lot to look forward to.”

“I was very fortunate to step into a situation where I had somebody who had co-head coached to help me. She’s been here a long time and knows the game.”

He thanked the players too.

“I can’t think of one time where I got attitude or anything like that. You guys were an amazing group.”

Returning to coach high school softball for the first time in seven years, he also thanked his wife.

“I didn’t really ask her if I could take this job. I just told her it might happen. I missed some innings with my own kids, but she picked up the slack.”

He also thanked the parents for their support all season and this author.

Next year’s captains will be Harley Connor, Shouler, Cassandra Connor and Kaylee Karels. 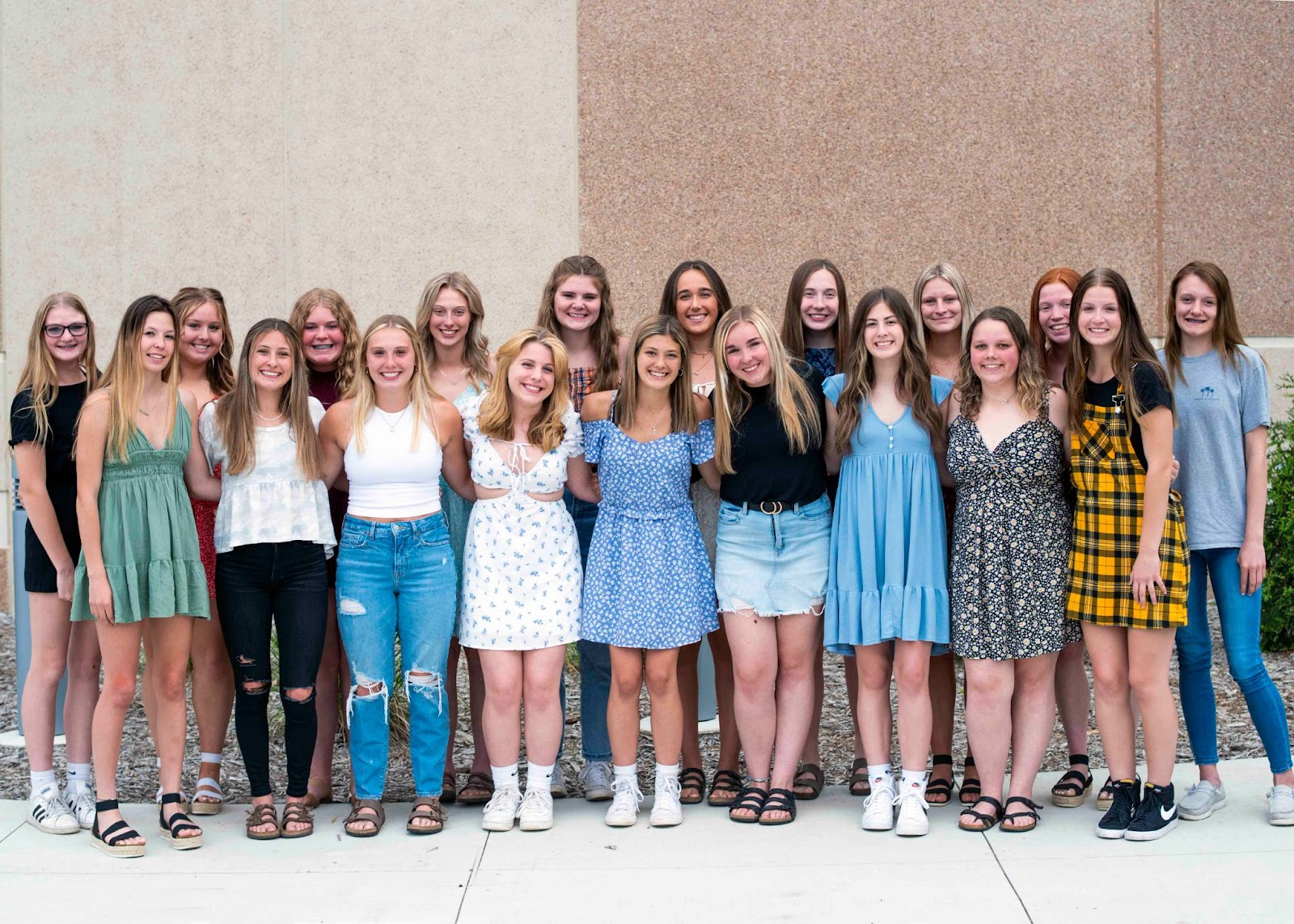 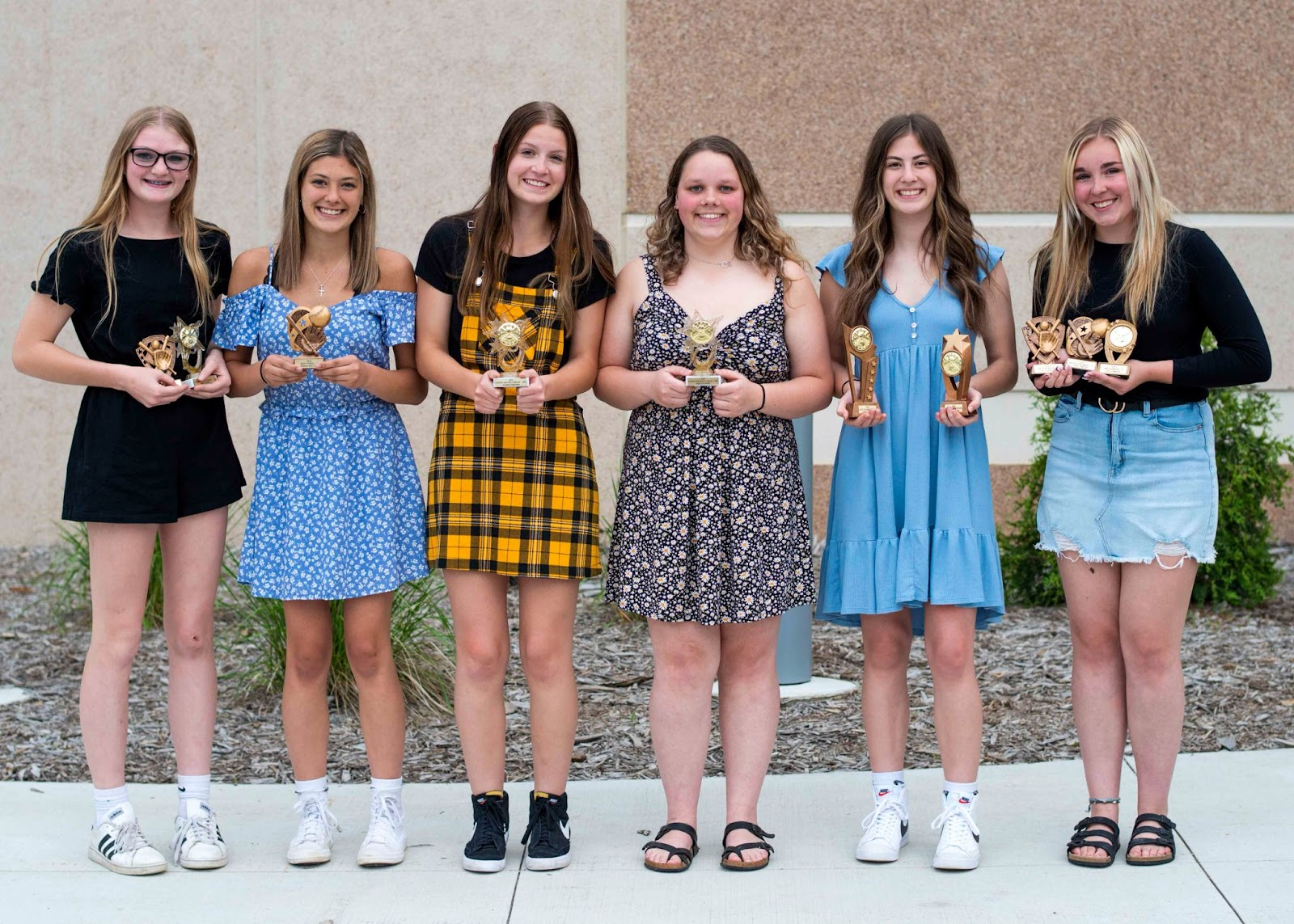 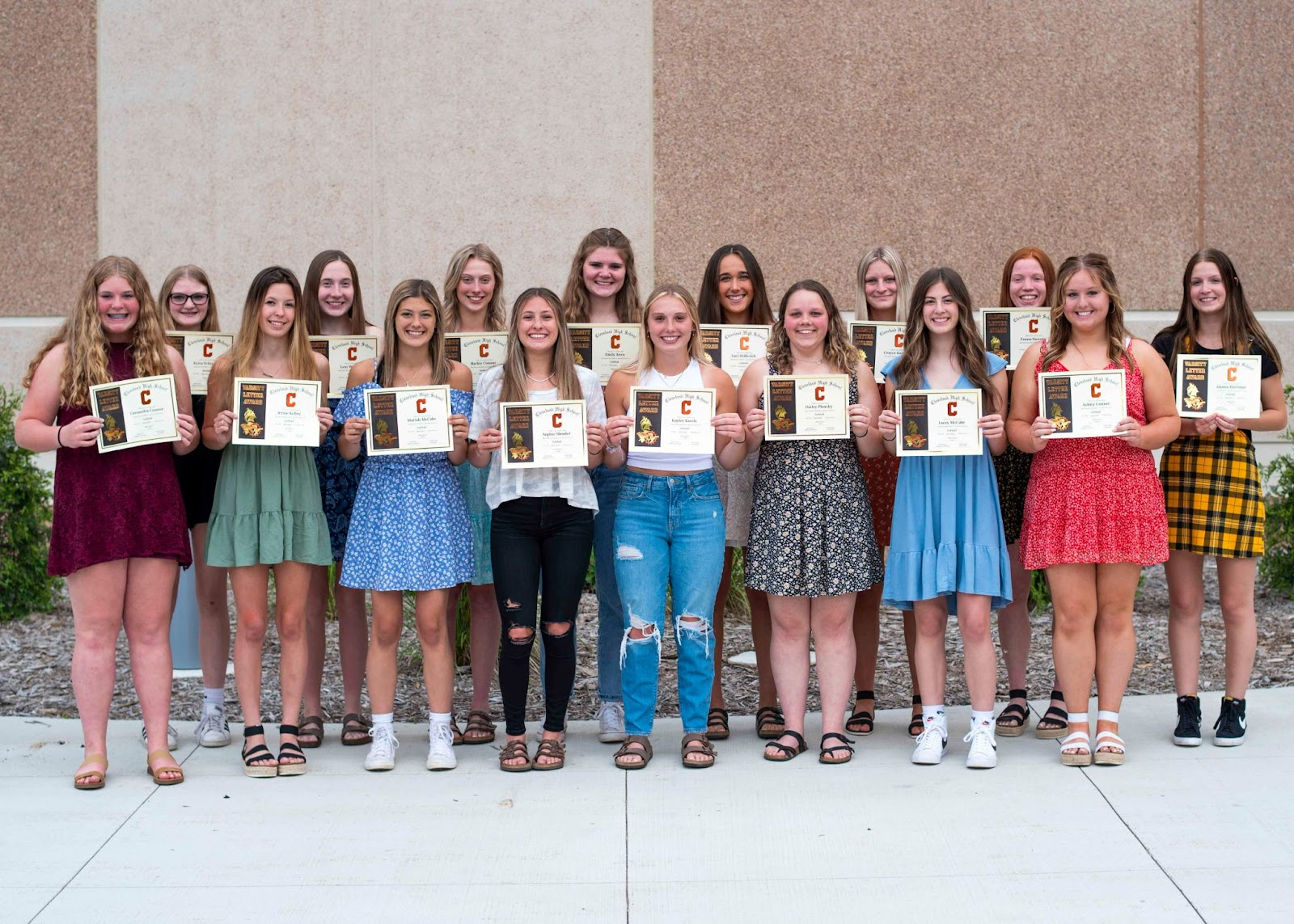