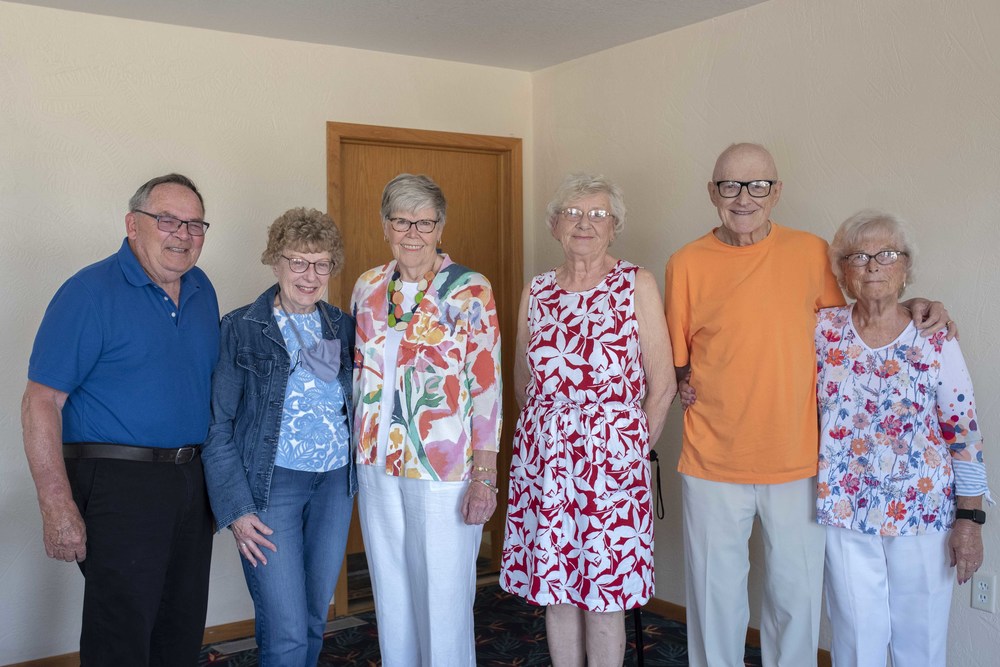 Six of the 20 members of CHS class that graduated then got together for a class reunion, held at Kokomo’s on Saturday. They were, from L-R above, Ted Genelin, Norma (Krenik) Lindhart, Donna (Hobson) Maus, Joyce (Dickie) Arbogast, Clayton Wolf and Jean (Wendelschafer) Seely.

The class was the first to have its graduation ceremonies in the 1949 gymnasium. The “Band Mothers” raised money for the curtains there.

Living members of the class of 1959 who did not make the 63-year reunion were Gene Dickie, John Griep, Jason Lamont, Janice (Webster) Pryll and Laurie (Rodriquez) Armstrong.

Those attending the 63-year reunion said the class was like family and that they went on to become one of the most educated classes ever. All but a couple earned college or vocational degrees with many going on to receive advanced degrees. 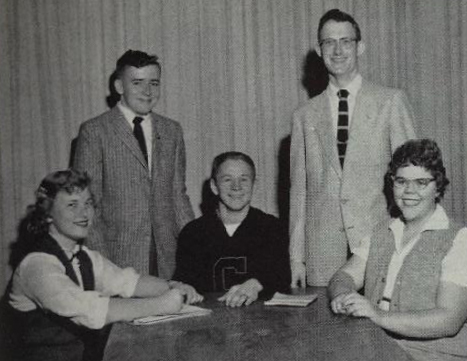 Class officers of the class of 1959 were, from L-R, Jean Wendelschafer as secretary, Richard Seely as vice president, Jim Lange as president., Clayton Wolf as treasurer and Donna Hobson as Student Council representative.