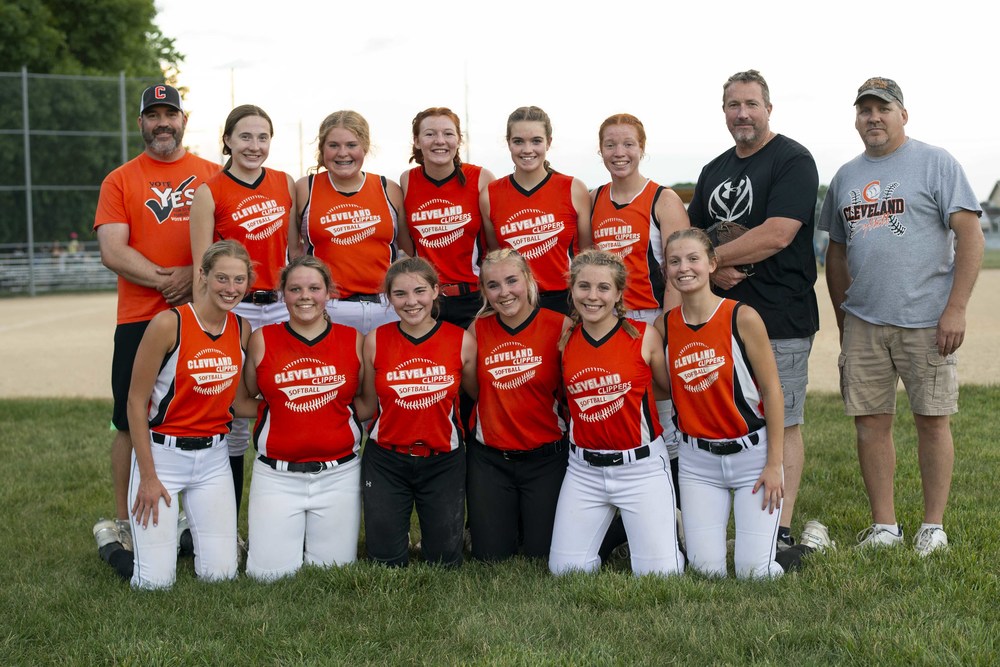 U18 girls wrap up summer season at Janesville

Down 3-0 in the top of the third, the U18 girls sparked a four-run rally to take a brief lead on the Janesville artificial turf on Tuesday, but it was all Bulldogs after that, and the Clippers wrapped up their season with a 12-4 loss.

But for Harley Connor, one of the five to-be seniors on the team, this summer wasn't so much about winning  as it was about upping skills, enjoying time with her teammates and getting away from her usual spot behind the plate.

“I was out here to have fun. I played outfield a lot, so experiencing other positions that you don’t play in school ball was a lot of fun. It was team bonding too.”

A throw from Connor in centerfield to nail a JWP runner trying to turn a double into a triple ended the bottom of the second and seemed to spark the Clipper offense. Leading off the third, Jocelyn Bartell dropped a hit into left field. Anna Lamont beat out an infield single, and her older sister Lilly Lamont brought in Bartell on a ground out for the first Clipper run.

Connor’s line drive up the middle scored Anna Lamont, and Emma Sweere swatted a hit down the left field line to score Connor from second. Cassandra Connor found an open chunk of plastic grass in front of the centerfielder to bring in Sweere from second and put the Clippers up by a run, 4-3.

But capitalizing on three free passes and a couple of hits, the Bulldogs posted four runs in the bottom of the third to regain a lead they would never relinquish.

Bartell arced a hit into center field in the fourth, Sweere did the same thing in the fifth, and Lexi Waldron, who will also be a 12th-grader this fall, drove the ball to the fence in the sixth for a double, but that was all the offense the Clippers could muster, and the Bulldogs scored five more runs to cruise to the 12-4 triumph.

The Clippers were coming off a 14-6 road loss to the Mankato Peppers on the Thursday before. A week ago, they lost two five-inning games at home to Waterville-Elysian-Morristown: 6-1, 9-8.

Lamont and to-be seniors Alanna Hartman and Hailey Plonksy shared pitching duties against the Bucs. The trio will have big shoes to fill next spring in place of graduated Emily Kern. 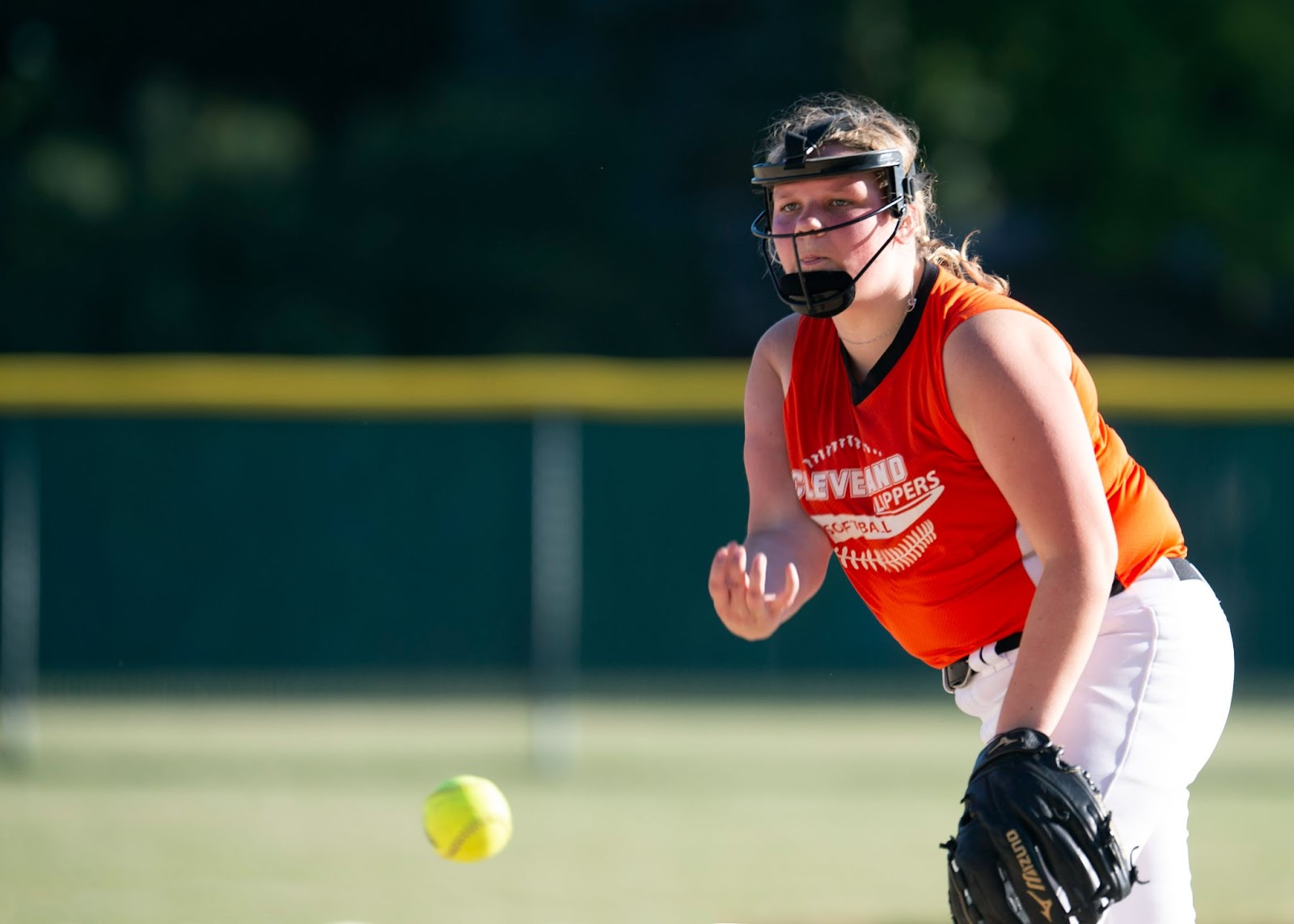 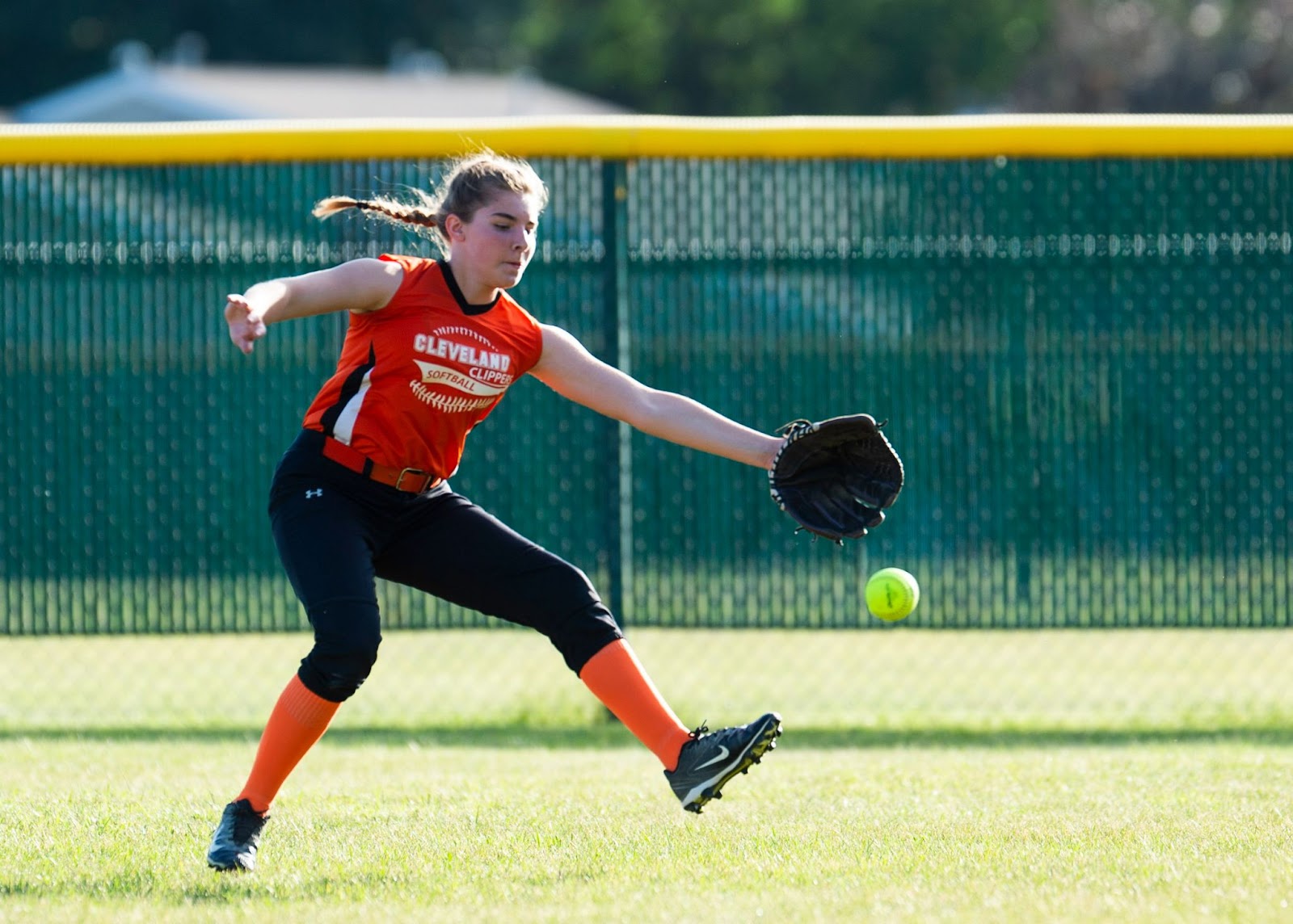 Anna Lamont reaches out to field a WEM hit to right field. 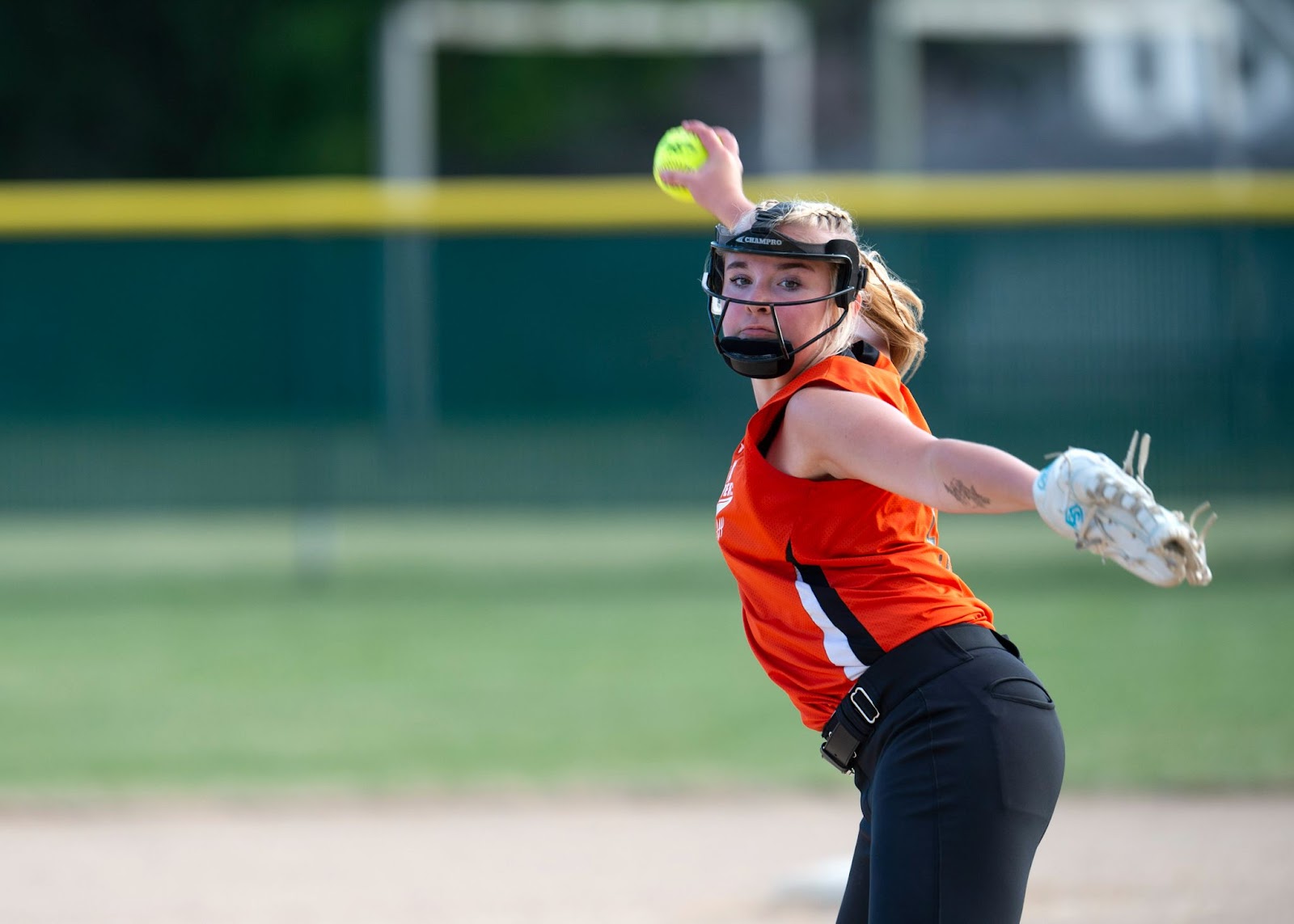 Lilly Lamont winds up for a pitch to a WEM batter. 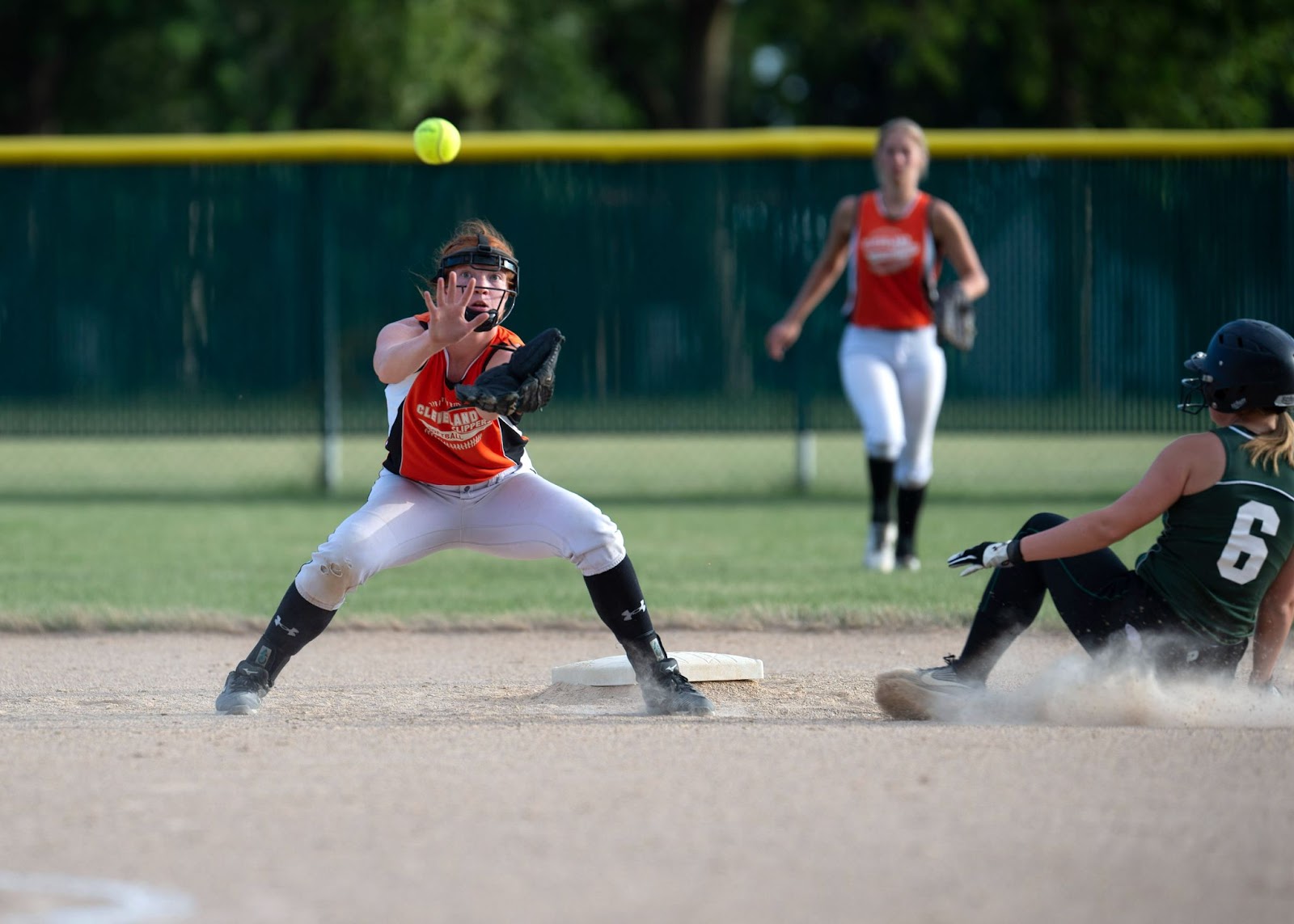 Shortstop Emma Sweere readies to catch a putout throw to second base against WEM. 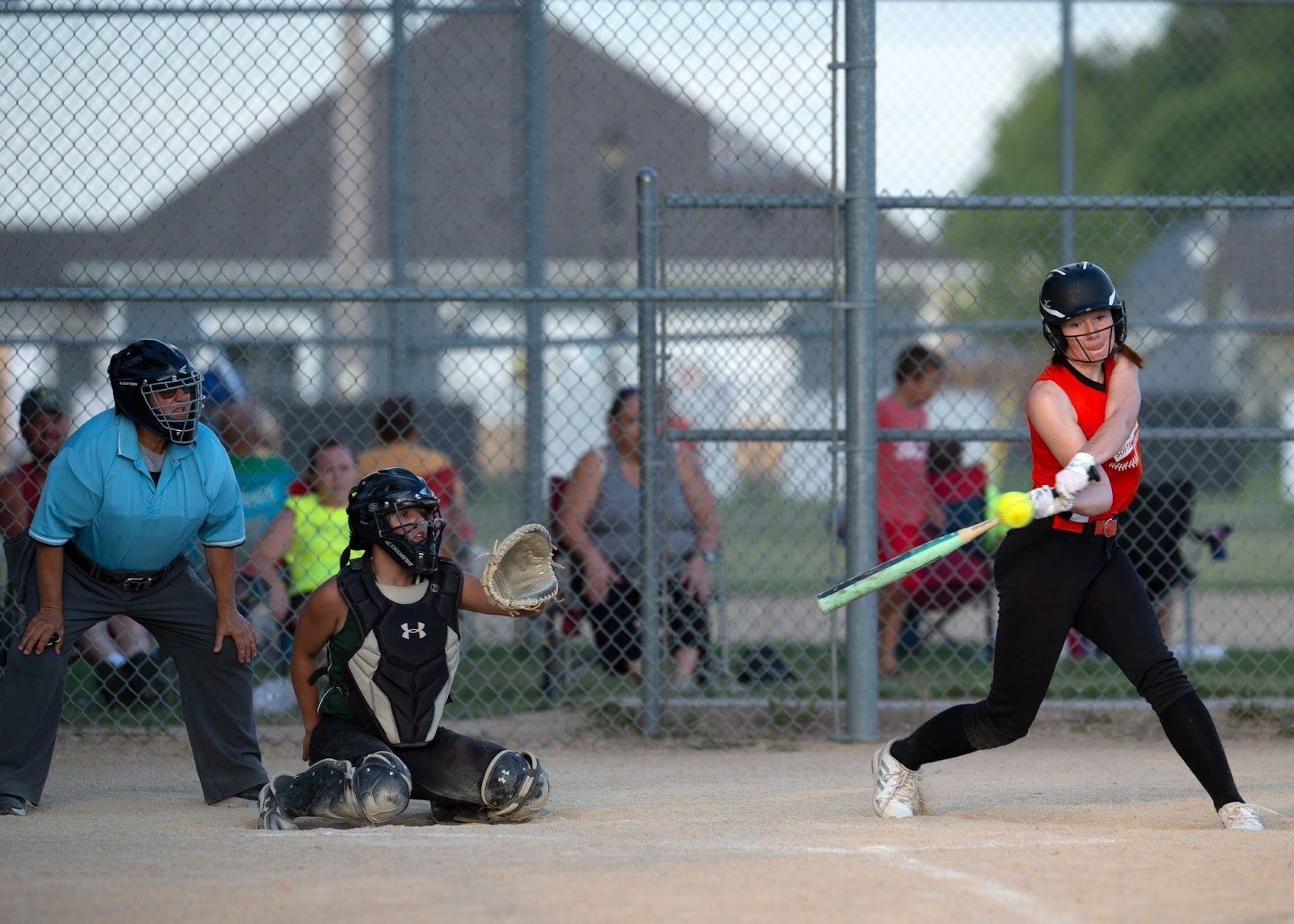 Jocelyn Bartell battles at the plate against WEM. 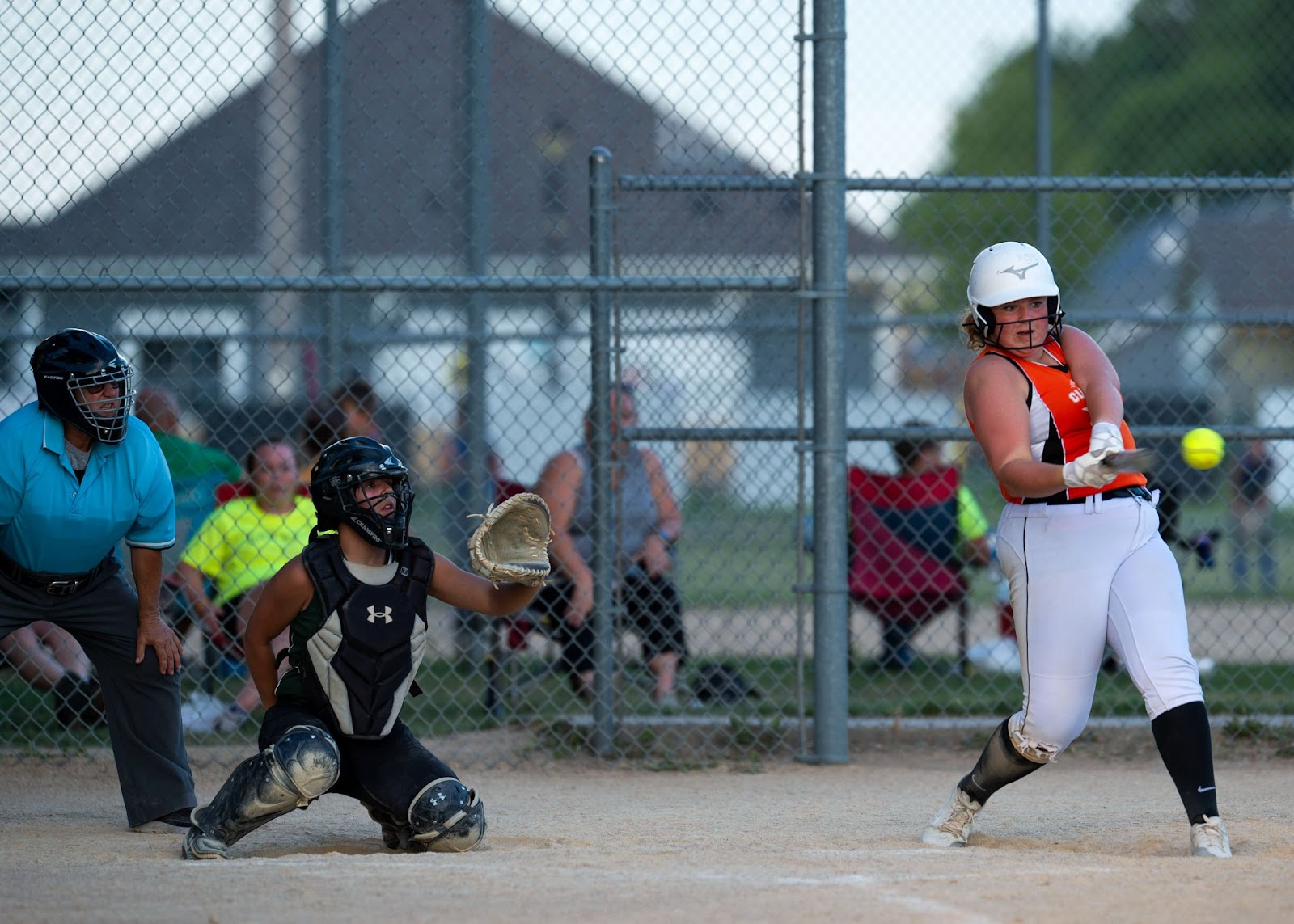 Cassandra Connor uncoils for a hit at home against WEM. 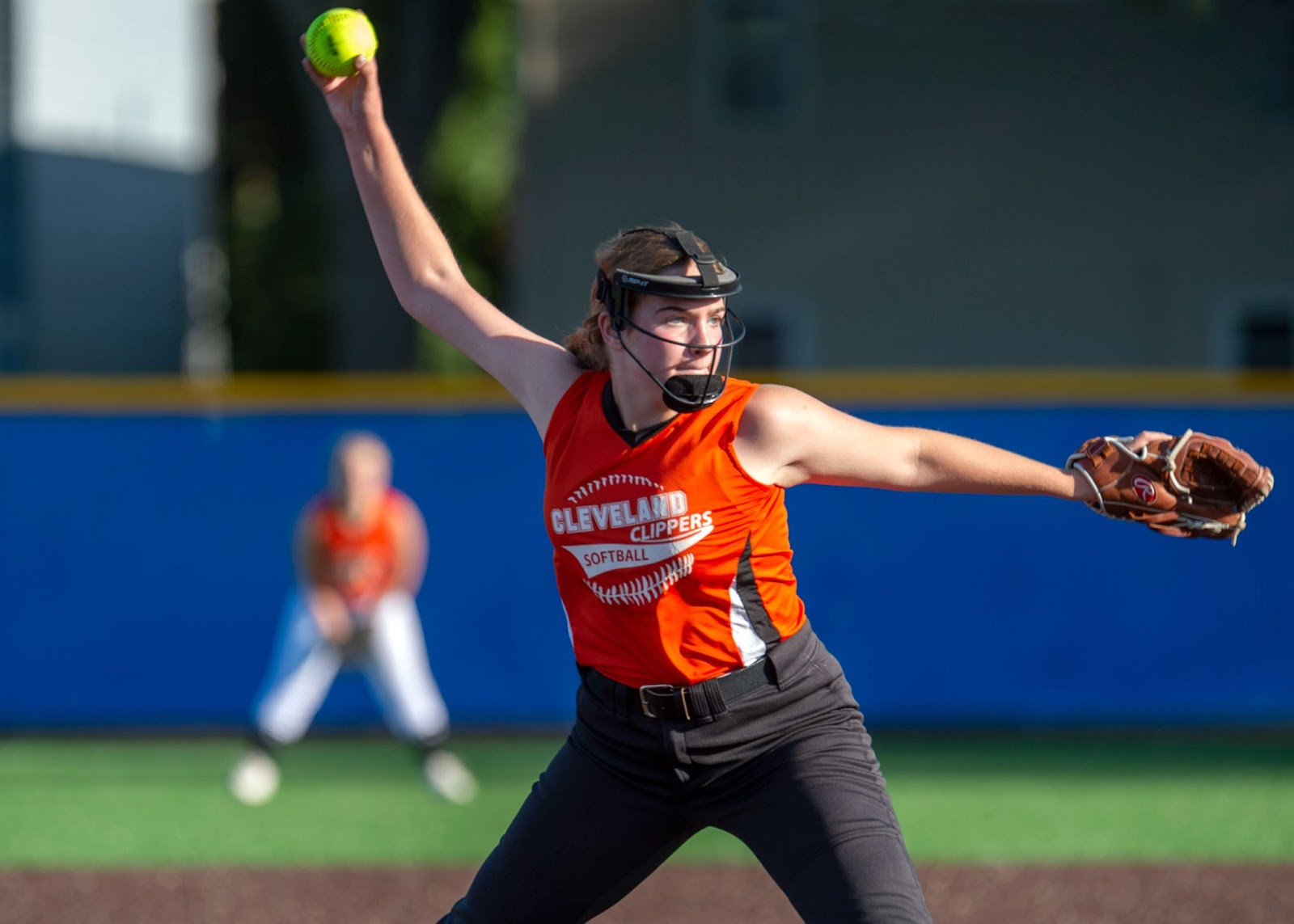 Maya Lassiter threw for most of the game on the Jamesville turf. 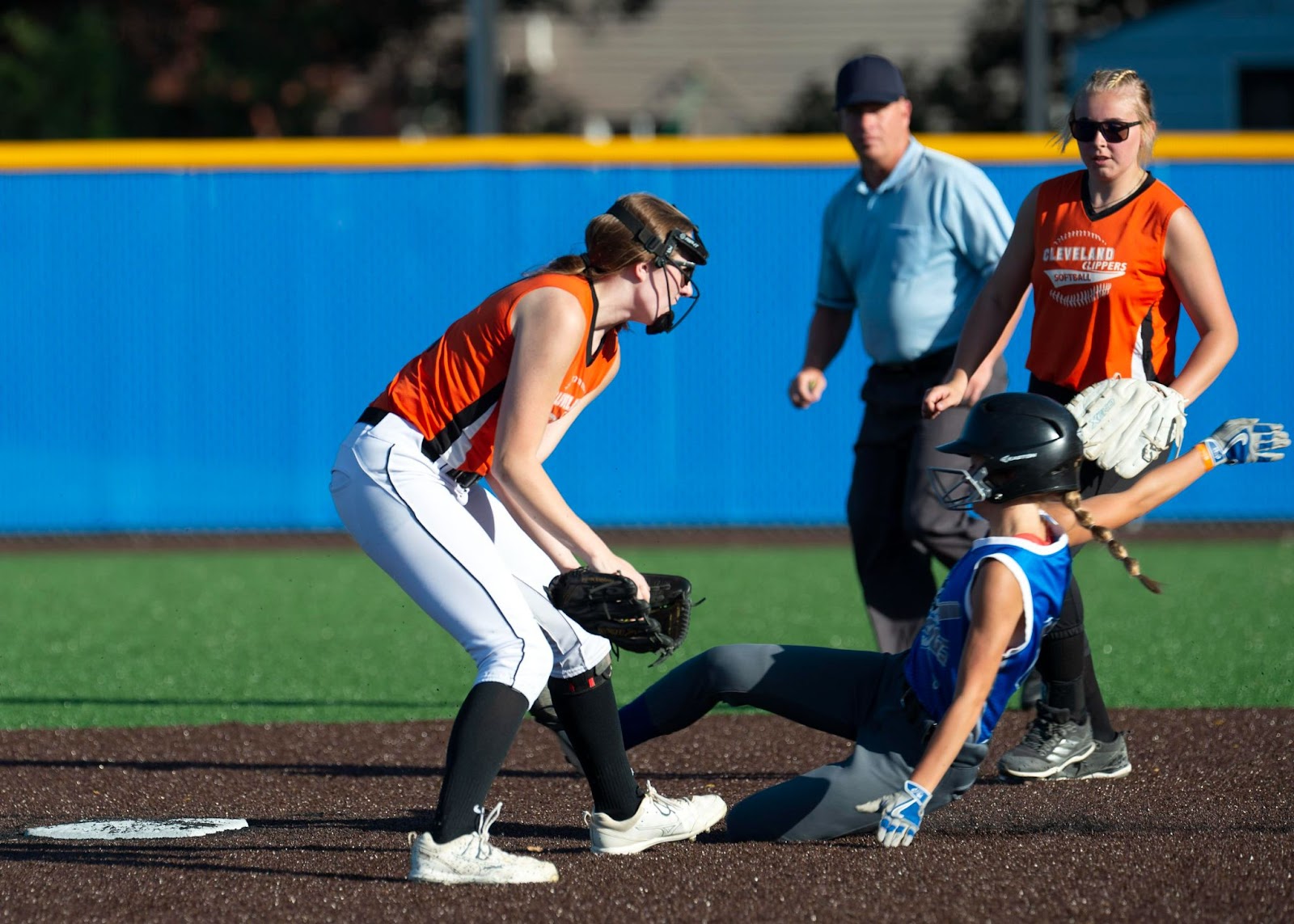 Shortstop Lexi Waldron readies for a tagout of a JWP runner. 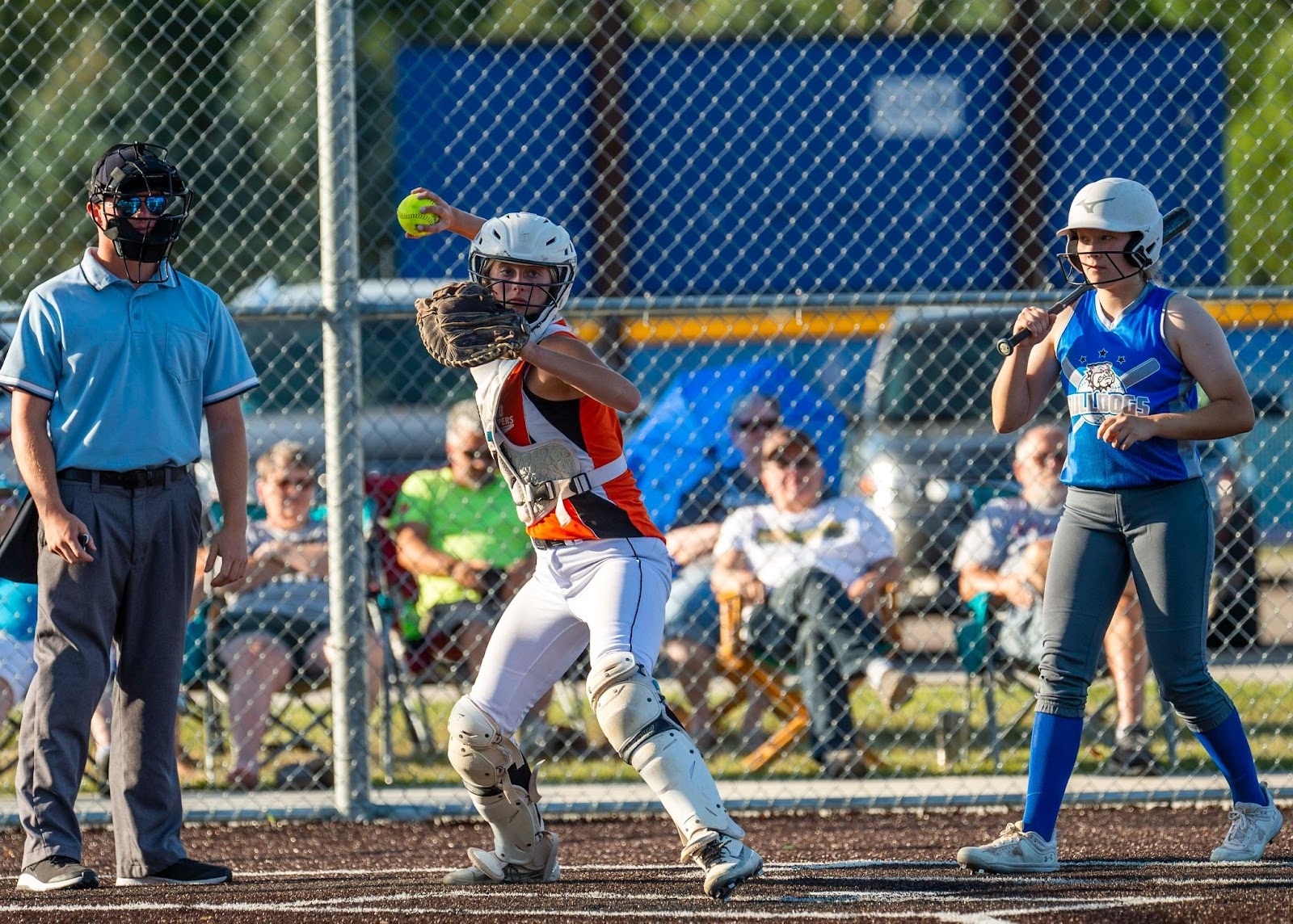 Catcher Harley Connor winds up for a throw to first. 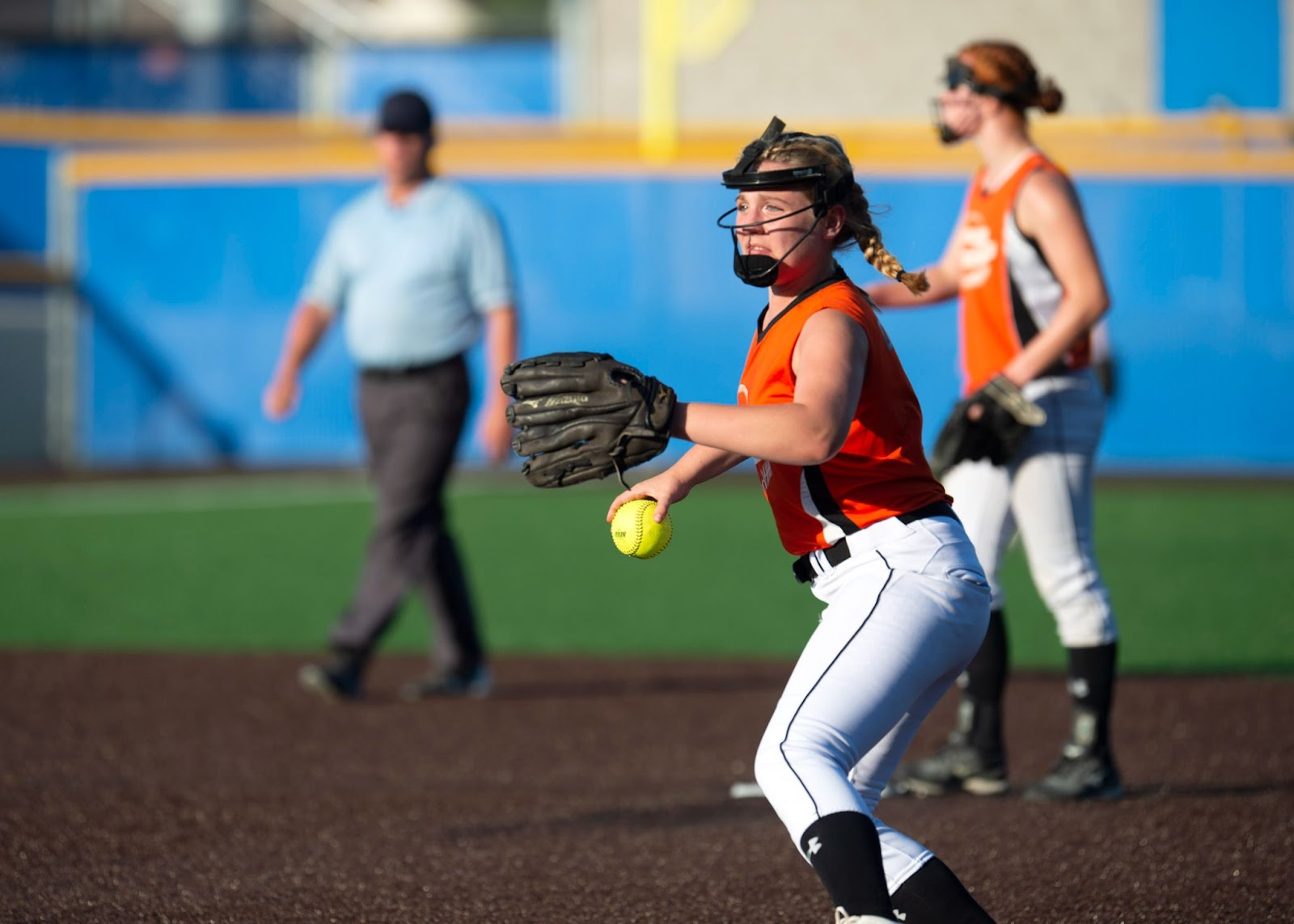 Mylie Dylla sets up for a throw to first base.