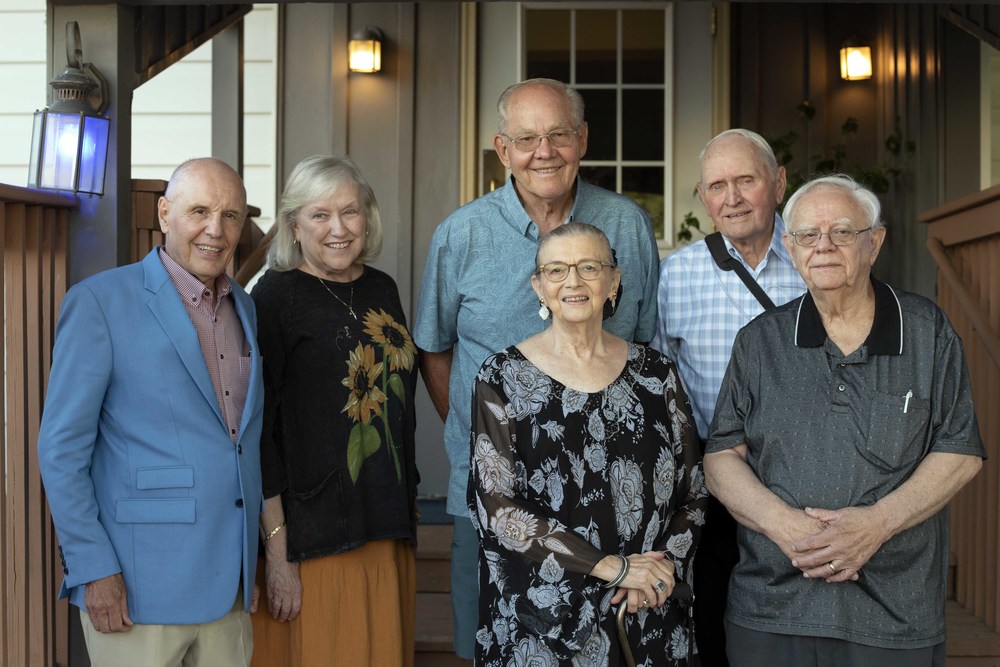 In May 1960, Elvis Presley’s “Stuck on You” and the polar-opposite themed “Cathy’s Clown” by The Everly Brothers were hit songs.

“Gunsmoke,” “Wagon Train” and the “Andy Griffith Show” were the most watched on television, women wore their hair short, and relations between the USA and the USSR were not so hot.

Six of the 26 members of CHS class that graduated then got together at Kokomo’s on Saturday for a class reunion. They were, from L-R, Dan Busse, Shirley (Benson) Hodapp, Bill Matejcek, Teresa (Kluntz) Hankins, Art Davis and Jerry Bulie.

While Hodapp, Matejcek and Davis live in the Cleveland district. Hankins resides in Litchfield, Bulie lives in Mankato, and Busse came all the way from Boston, where he landed after a stint in the Air Force.

Bulie is the grandfather of Emma Treanor (CHS 2022). Davis has several grandchildren who attend Cleveland school.

The football team’s only win was over Amboy in their last game of the season, but the varsity boys basketball team won 17 of 18 games in the regular season and won the district tournament before falling to St. Paul Mechanic Arts 42-41 in the regional tournament and then losing to Braham by a basket in the regional consolation.

Mulvehill was the homecoming queen. Busse won the Androli Award. The Senior Class Play was “The Curious Savage.” 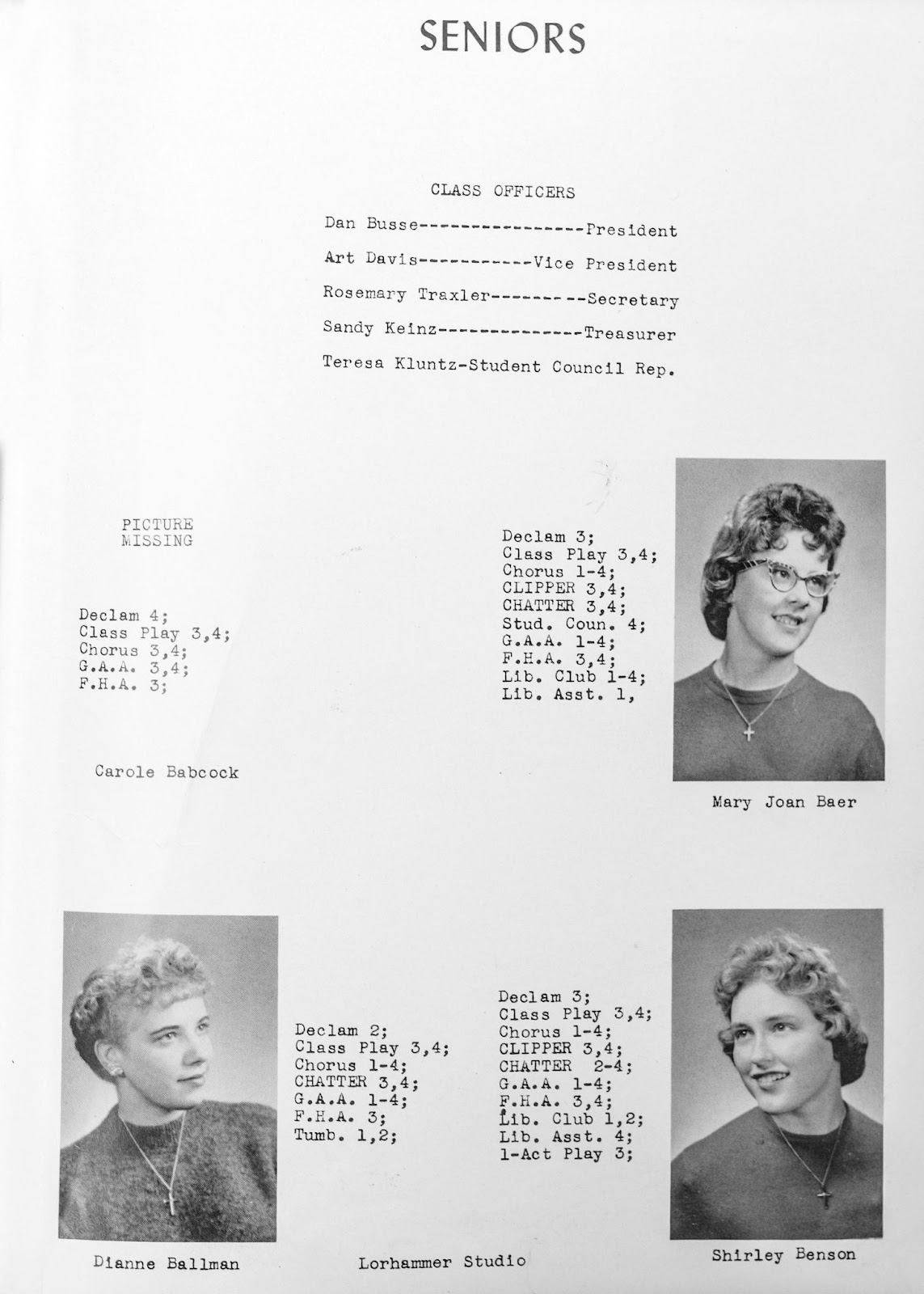 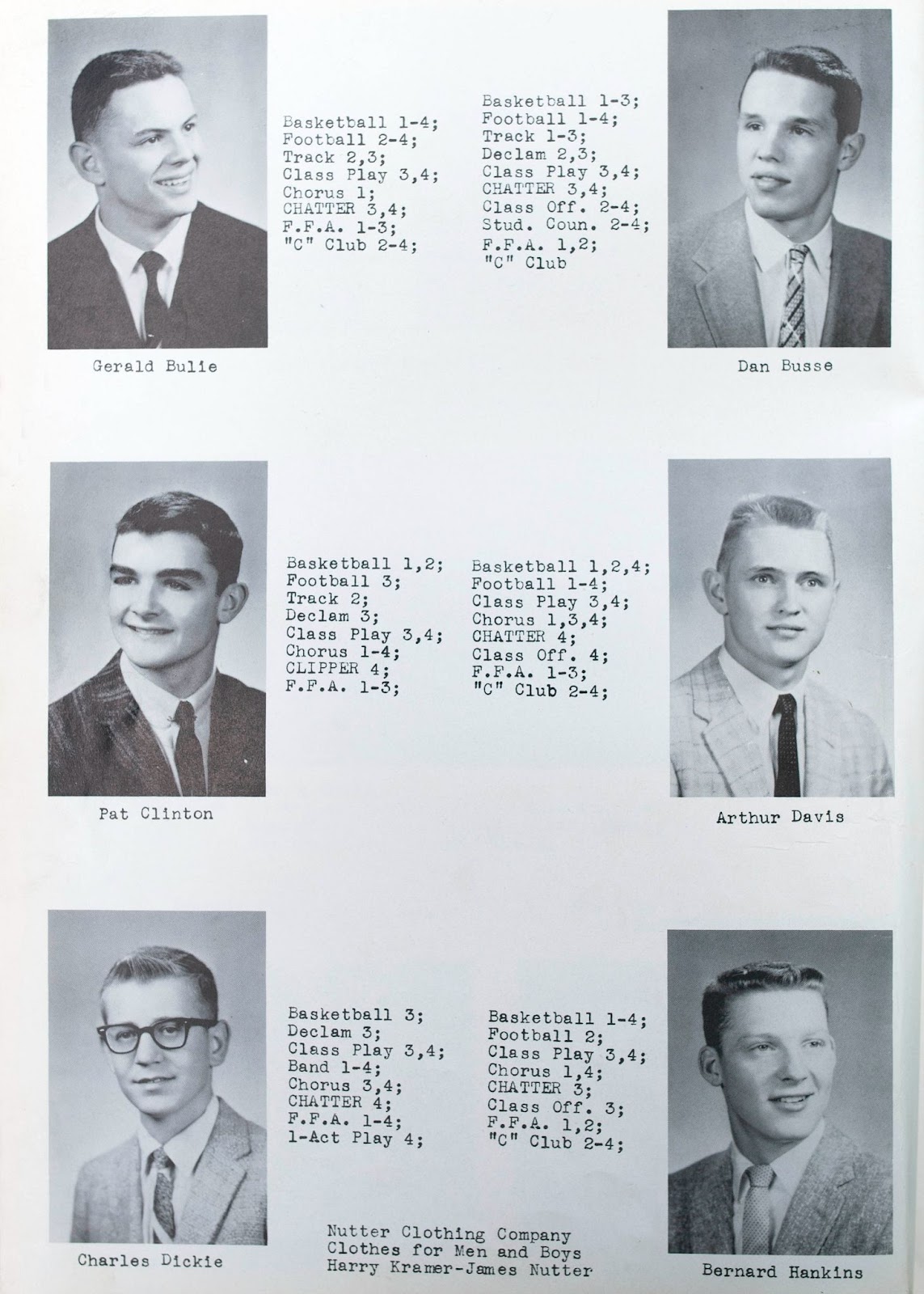 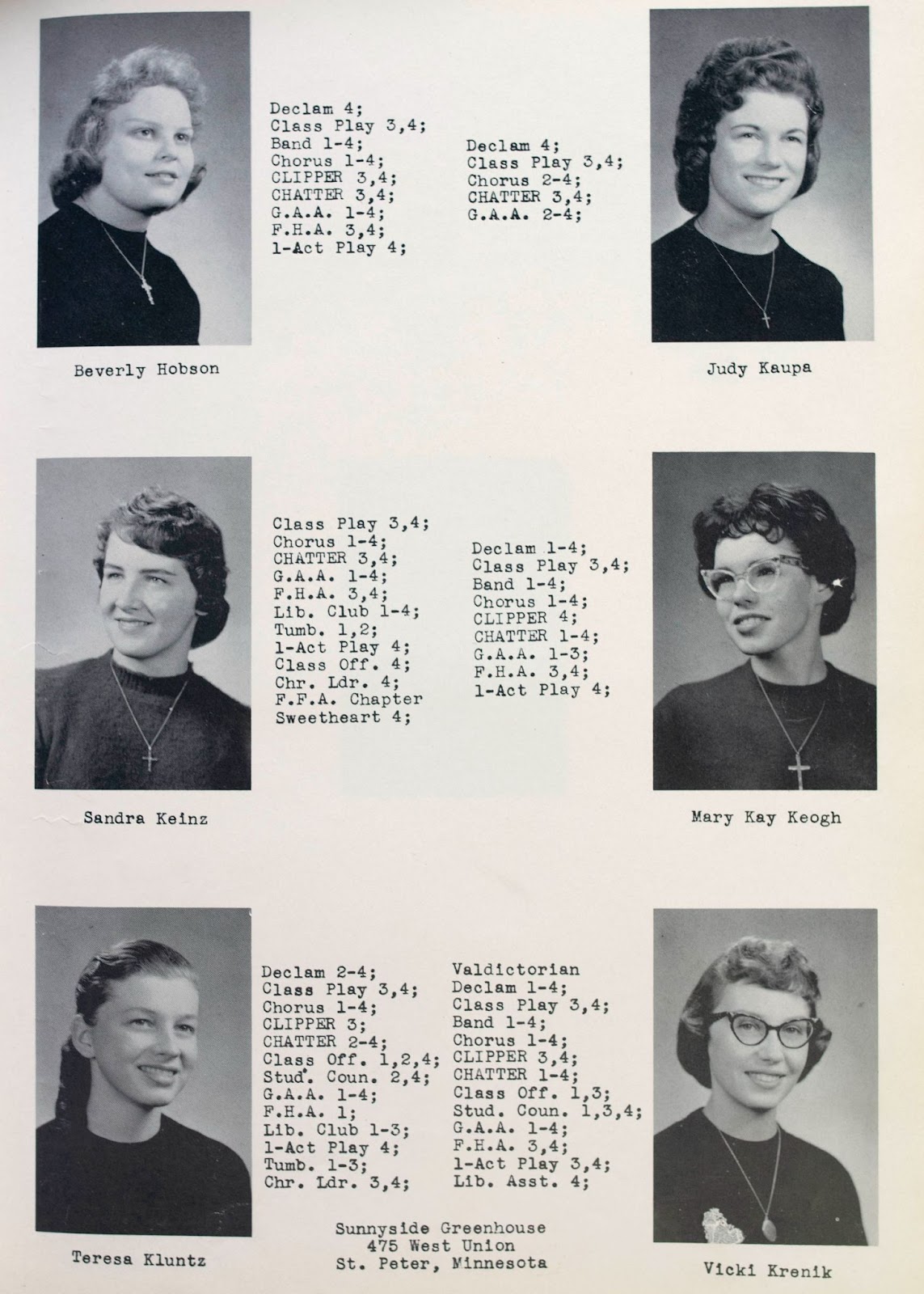 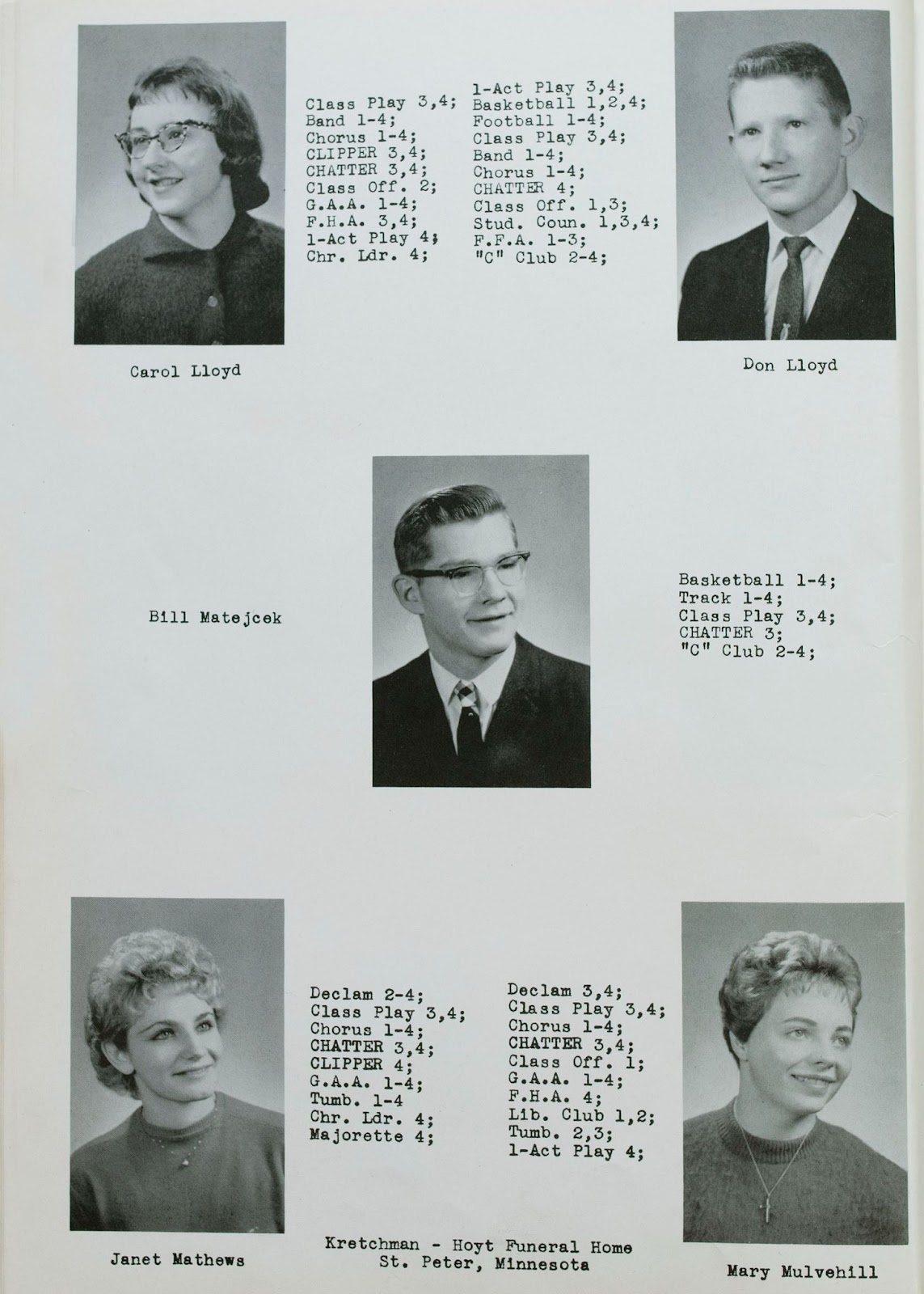 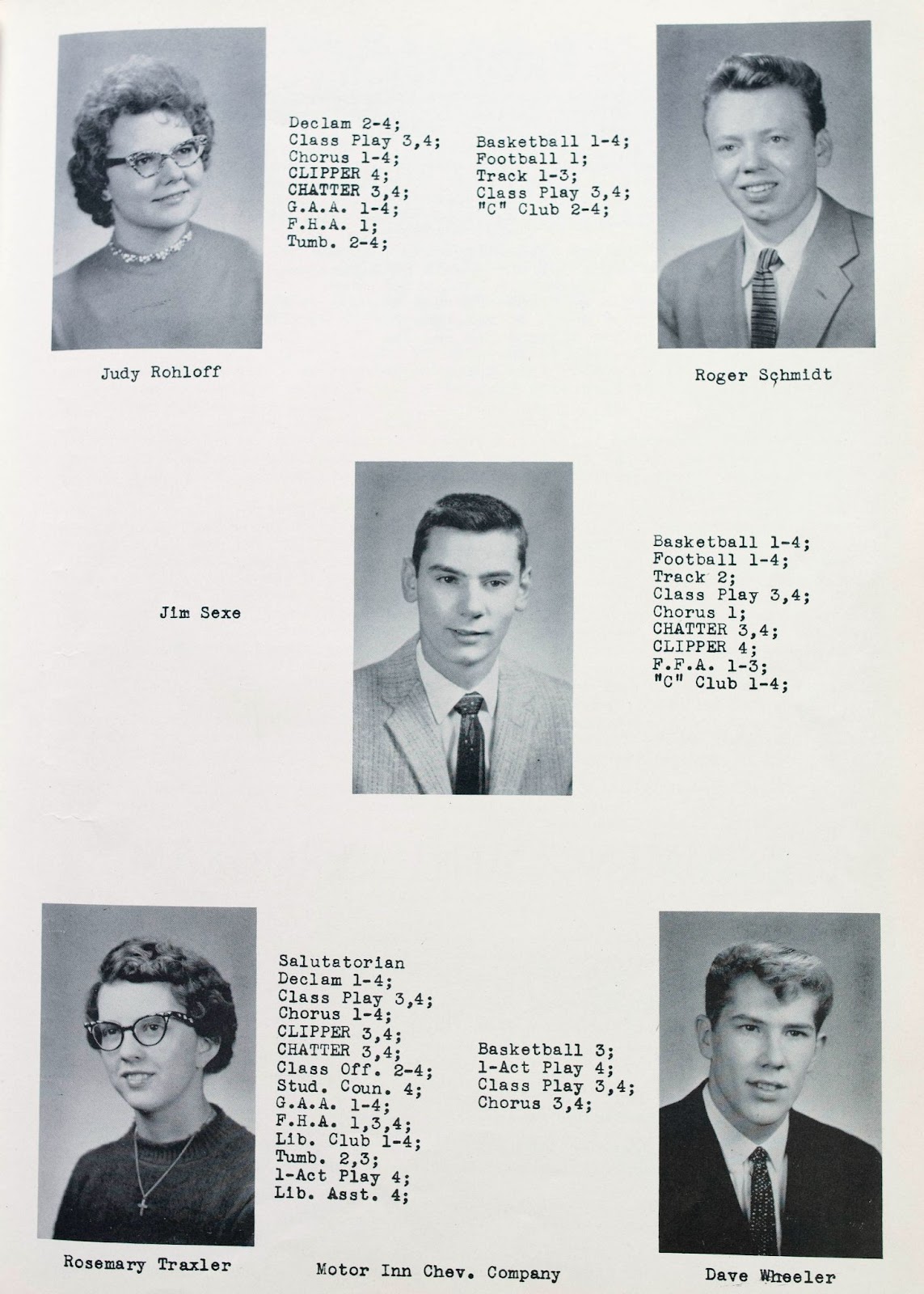 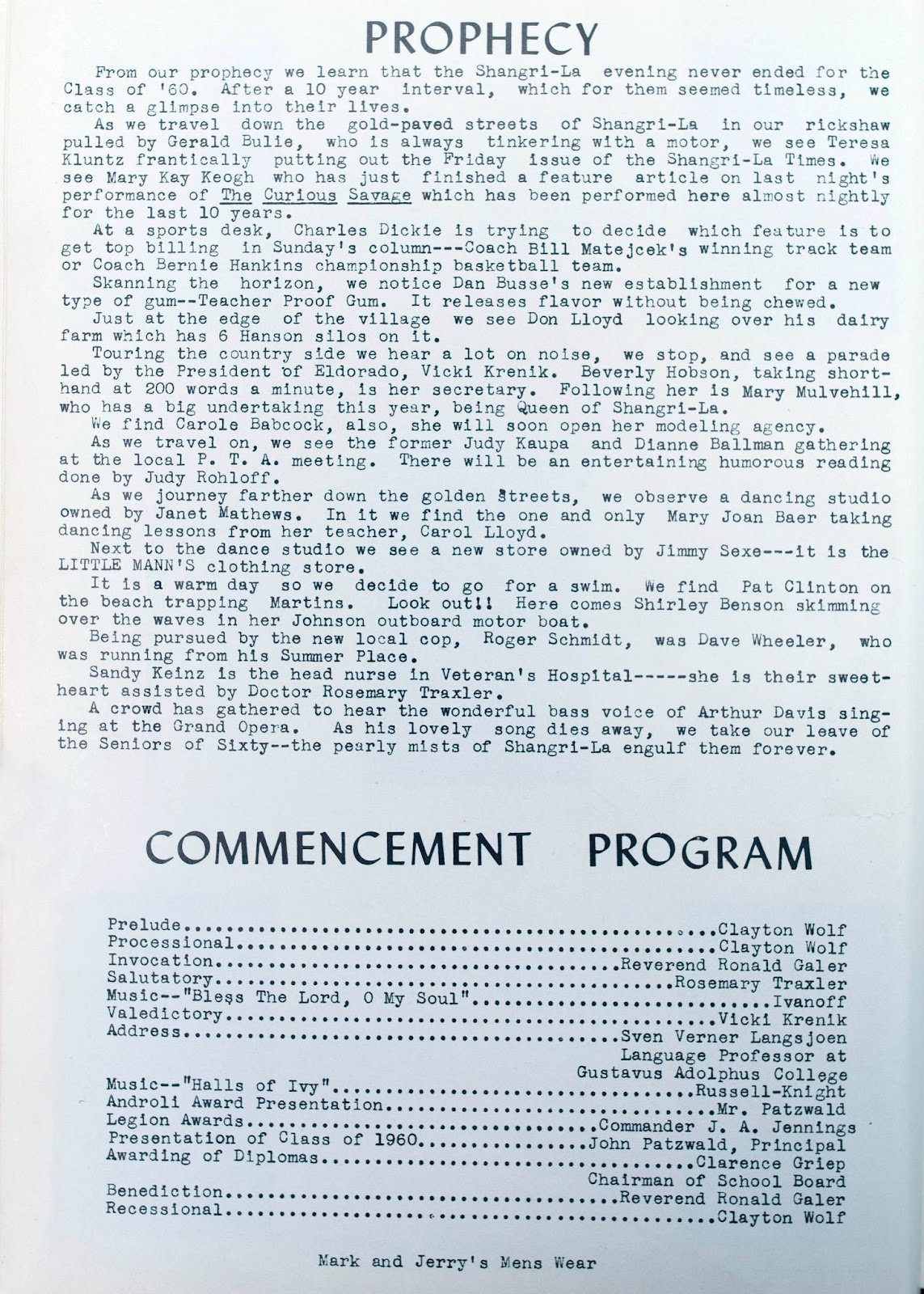 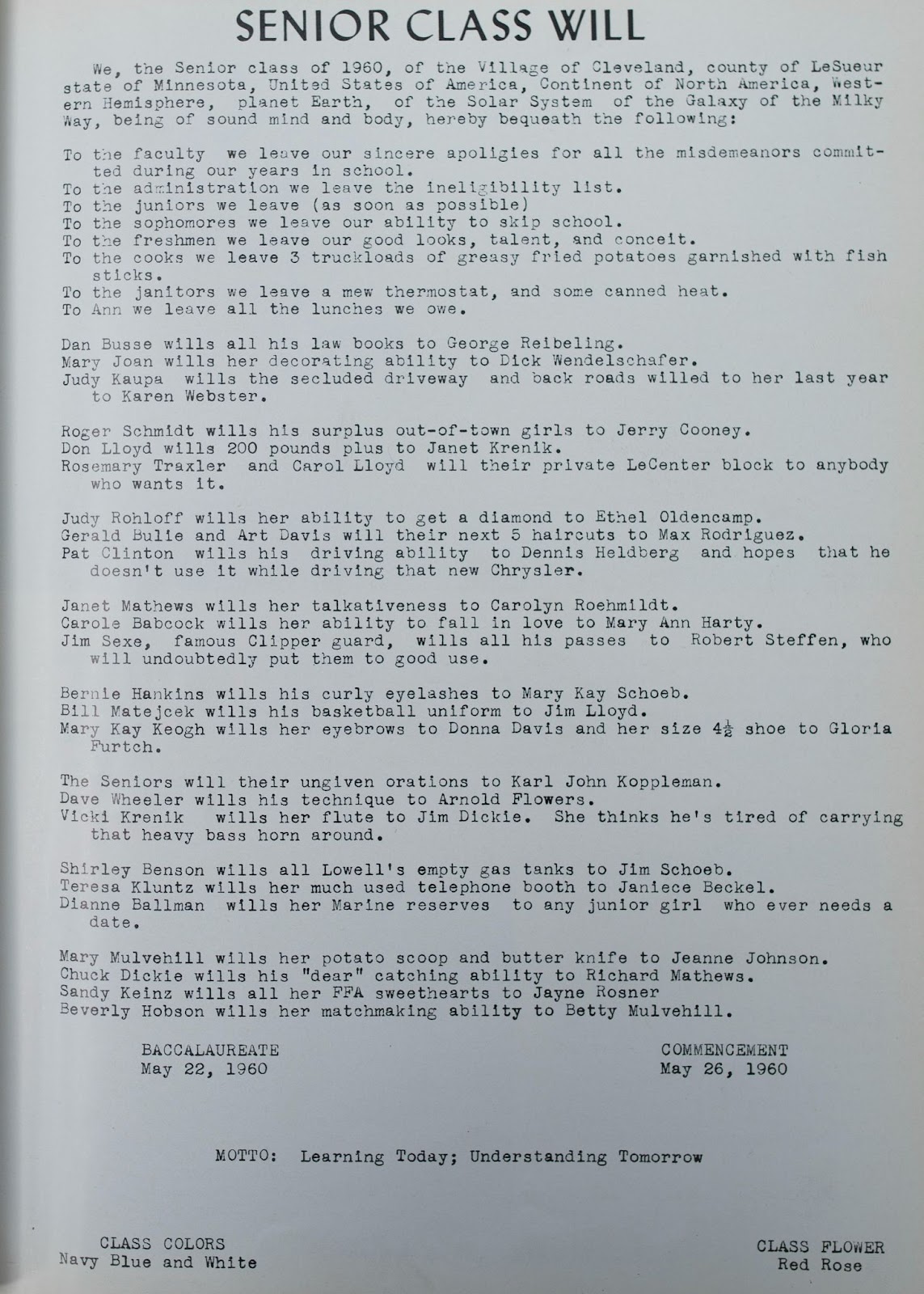 Class will, motto, colors and flower 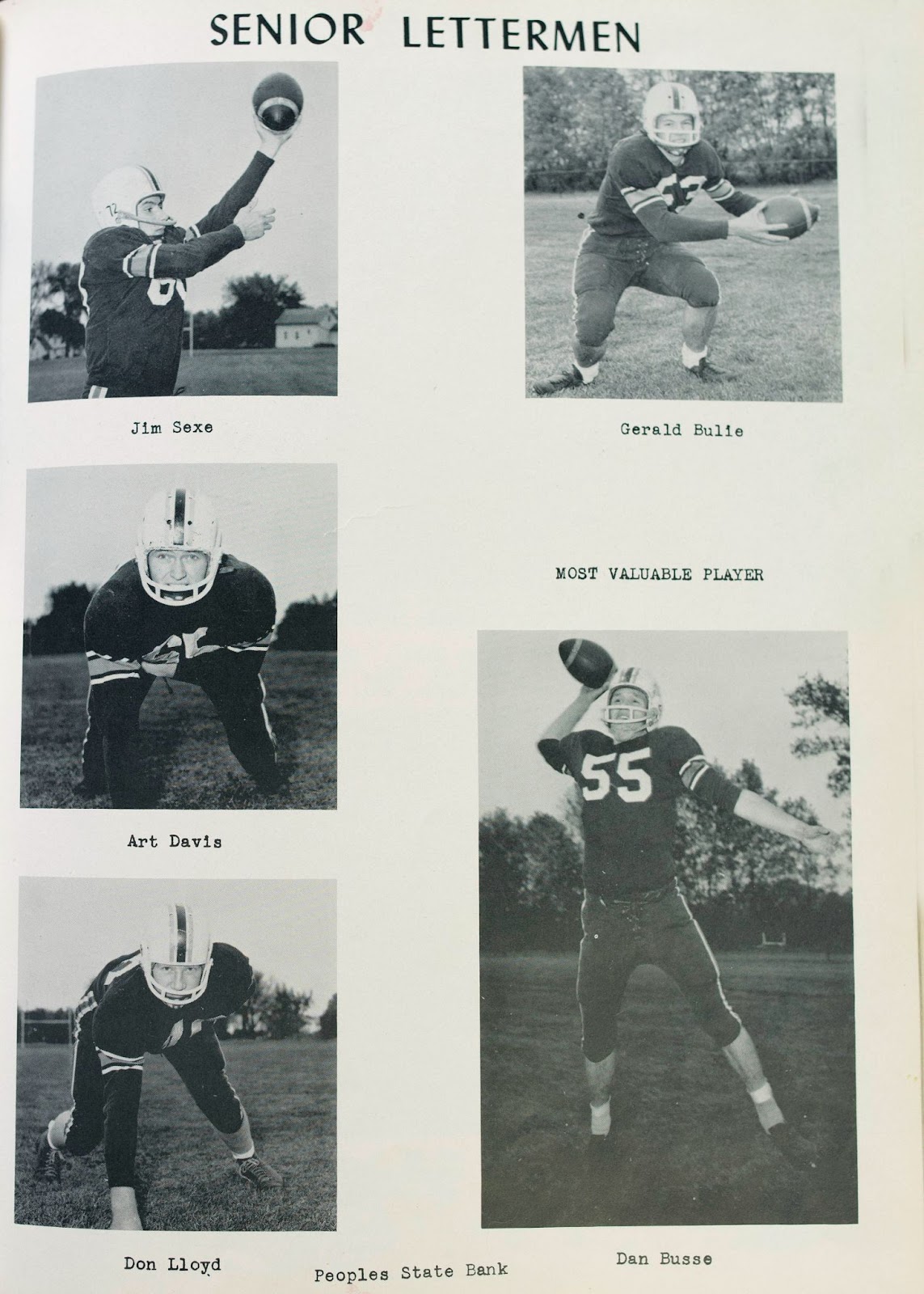 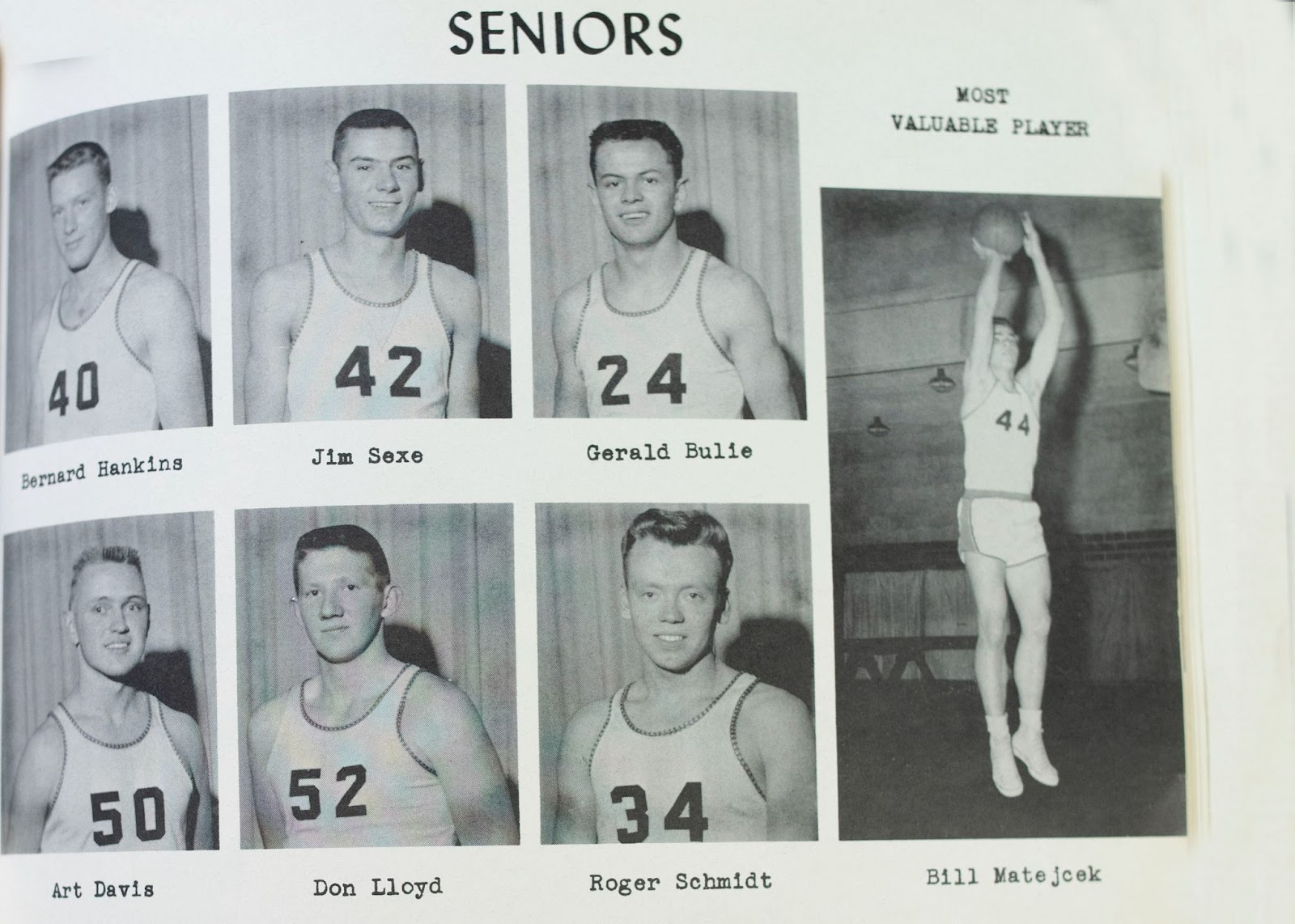 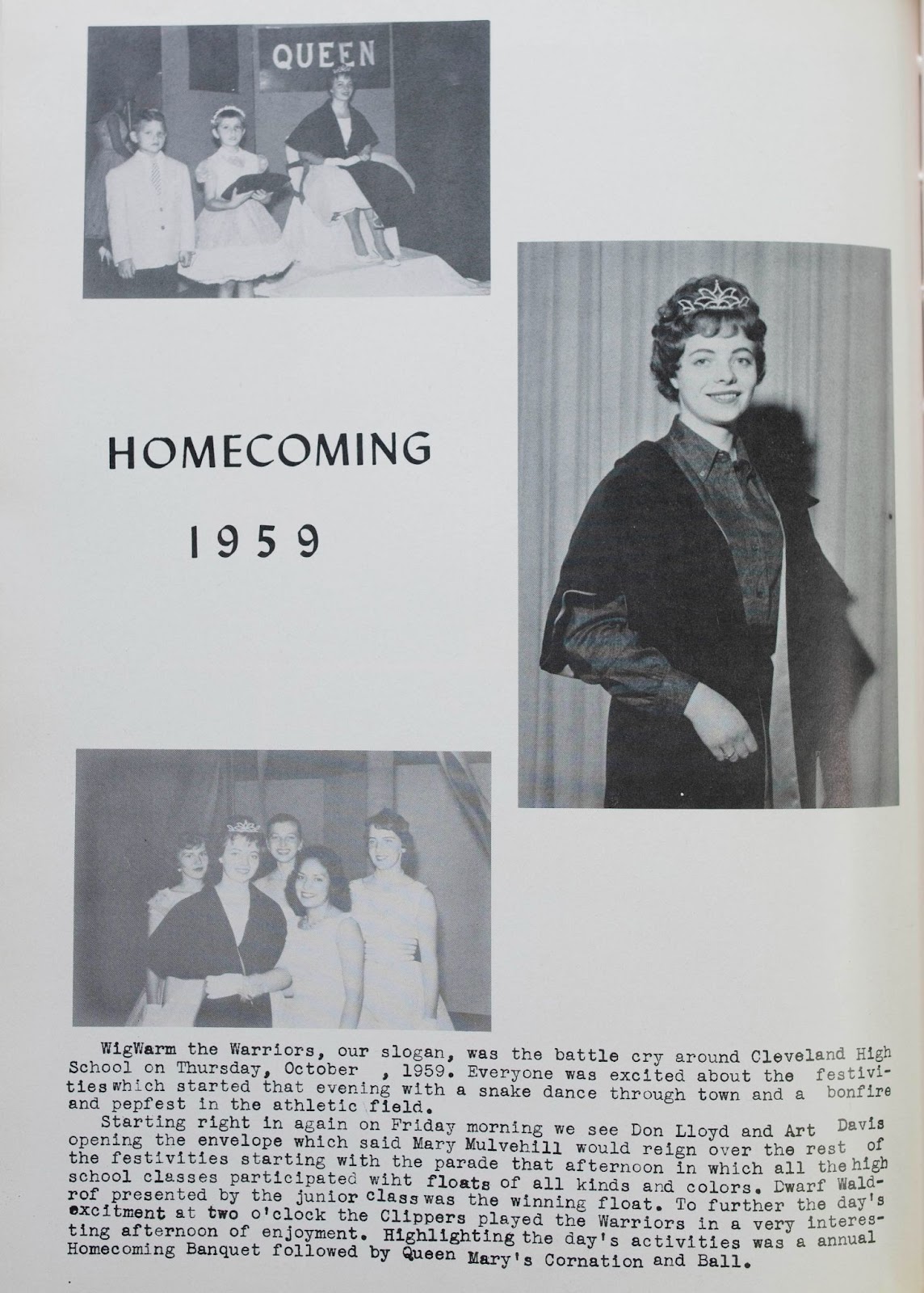