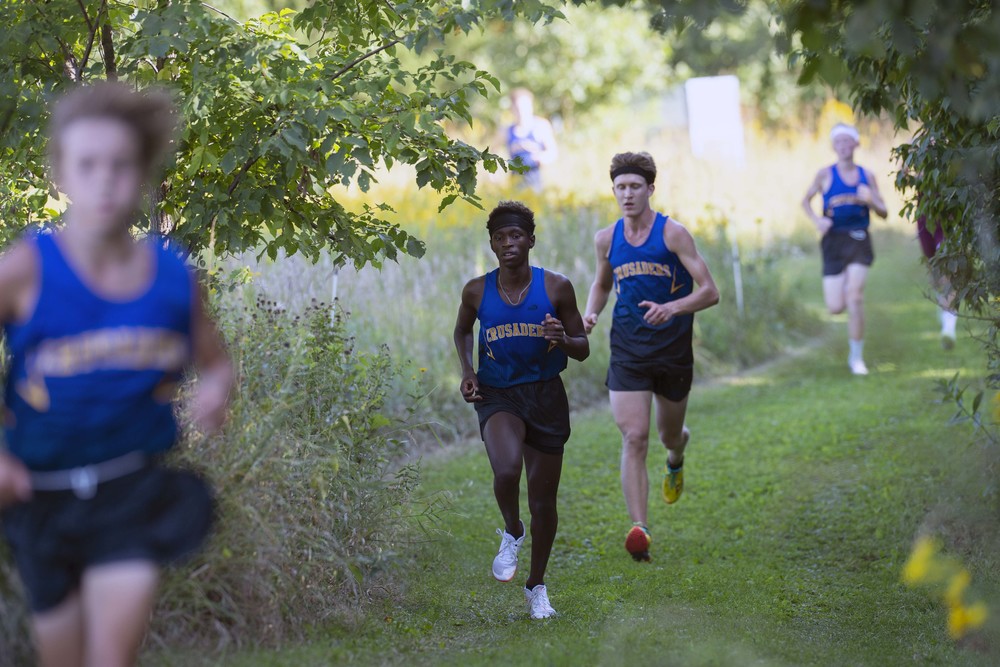 Just a few ticks under 100 degrees Fahrenheit, temperatures around the cross-country course on Loyola hill Thursday made for a challenging 5K.

Not hydrating as they needed to especially several days before the event, the Crusader varsity boys didn’t turn in their best times, but collectively they bested the five other teams to win their season-opening race.

“It was a good first meet,” said head coach Dale Compton. “Our guys weren’t happy with their times, but it is places we are definitely looking at right now.”

“A lot of our team wasn’t hydrated,” said Nathan Strobel (above just before the 1-mile mark), who last year usually paced the Crusaders but on Tuesday was the final runner in their top five. “We weren’t prepared for the heat.”

Senior James Younge paced Loyola/Cleveland and was second overall. His time of 18:39.5 was a minute and half a second behind the winner. There were 55 competing.

The Crusaders scored a 29, half the score of second place Springfield/Cedar Mountain. Lester Prairie was third, Maple River was fourth, Le Sueur-Henderson was fifth, and WEM/JWP was sixth.

Rounding out the Crusader top five, freshman Soren Kelly finished in 1945.3 for ninth place while Strobel was 11th with a 19:58.6 finish.

“It was definitely warmer than we were expecting,” said Compton. “We knew yesterday it was going to be warm then. It was the first week of school for Loyola, and I know they’re probably not getting enough water. We’ll learn from this and get plenty of water.”

“The girls gave an effort today, “Compton said. “Molly had a good finish today, which was nice to see.”

The winning time for the girls was 21:01.3, and 30 competed. Springfield/Cedar Mountain had the fastest team. Le Sueur-Henderson was second.

The Crusader varsity teams return to action on Tuesday with a race on the Montgomery National golf course. 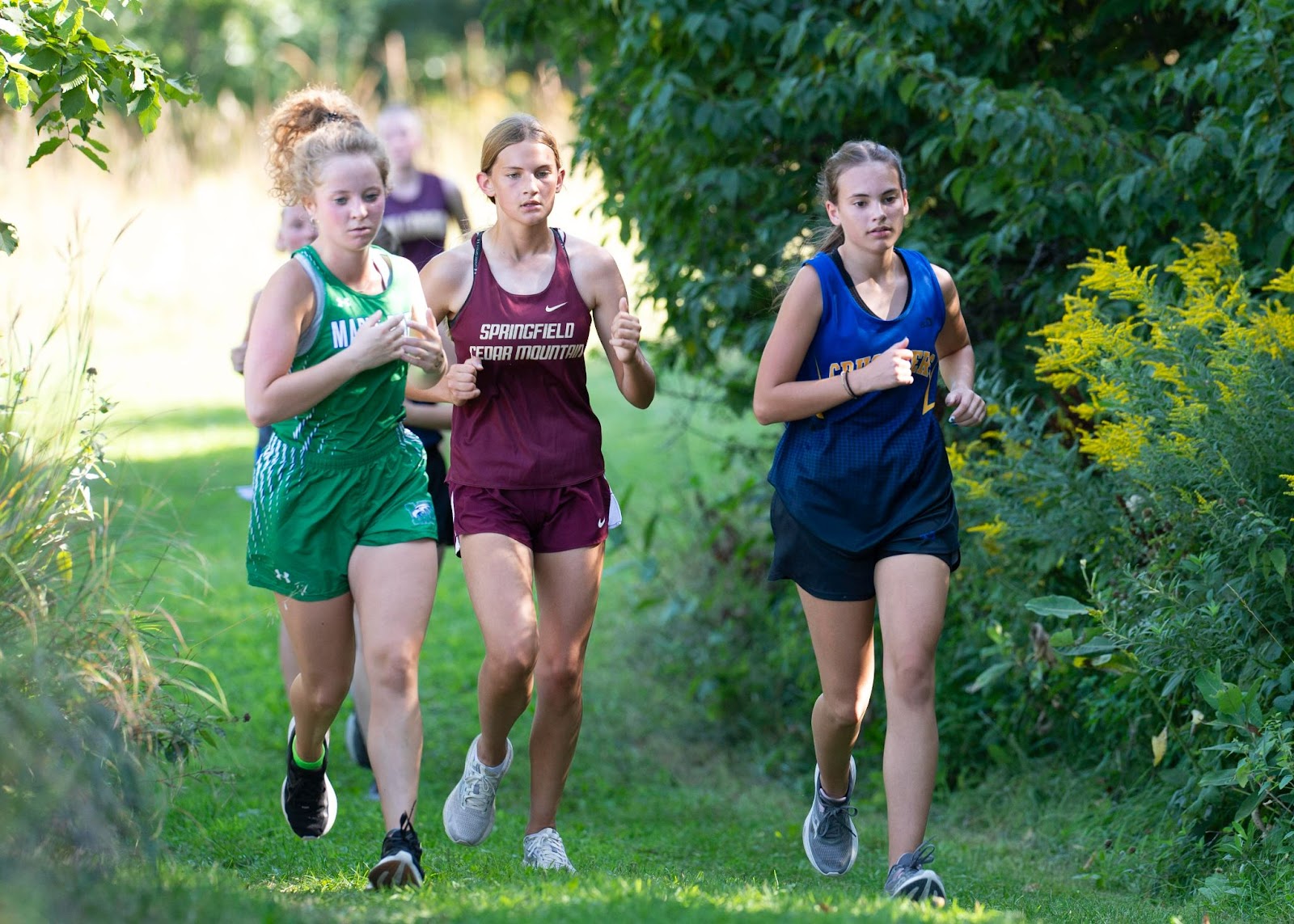 Jewel Factor was second for the Crusader girls. 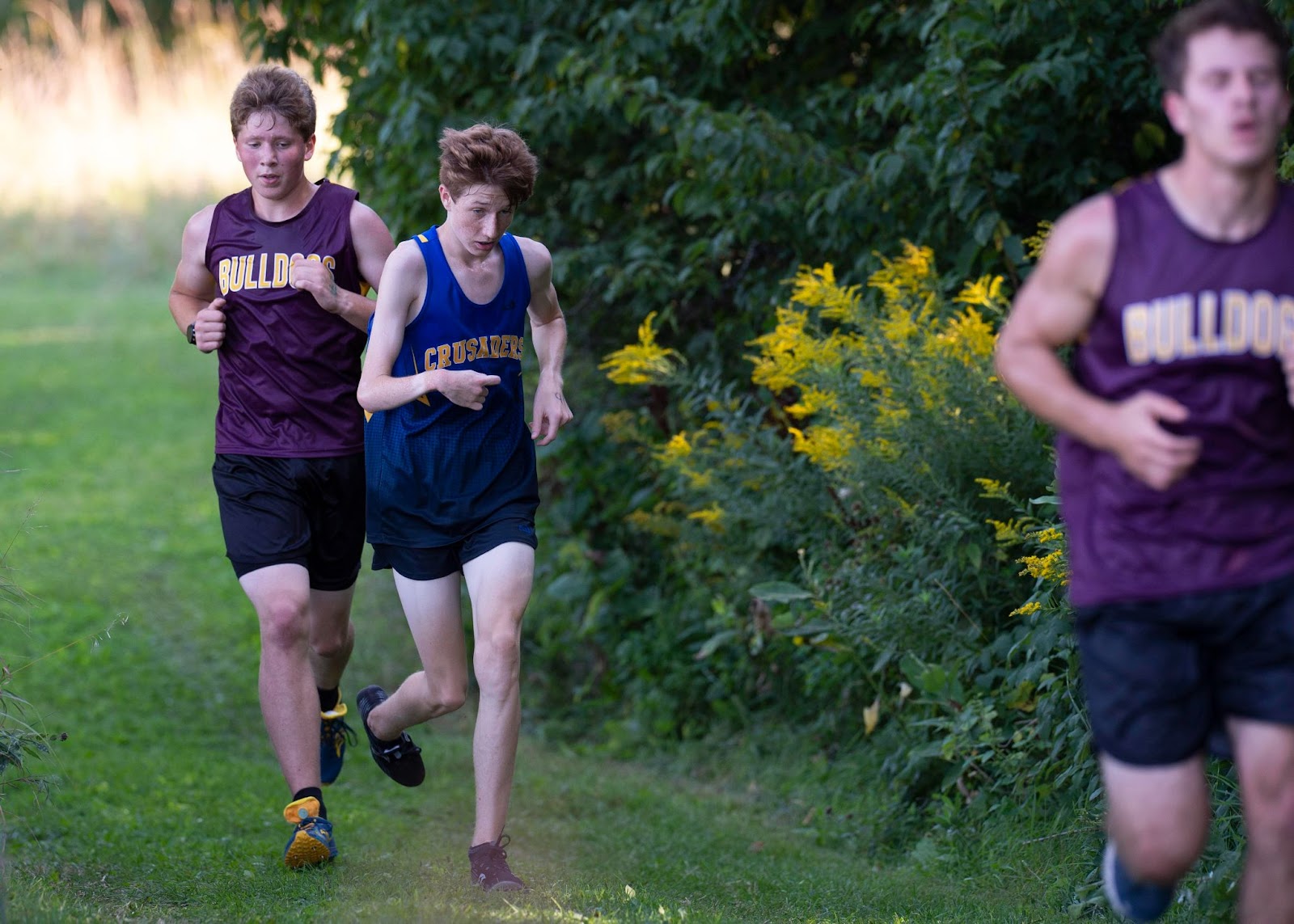 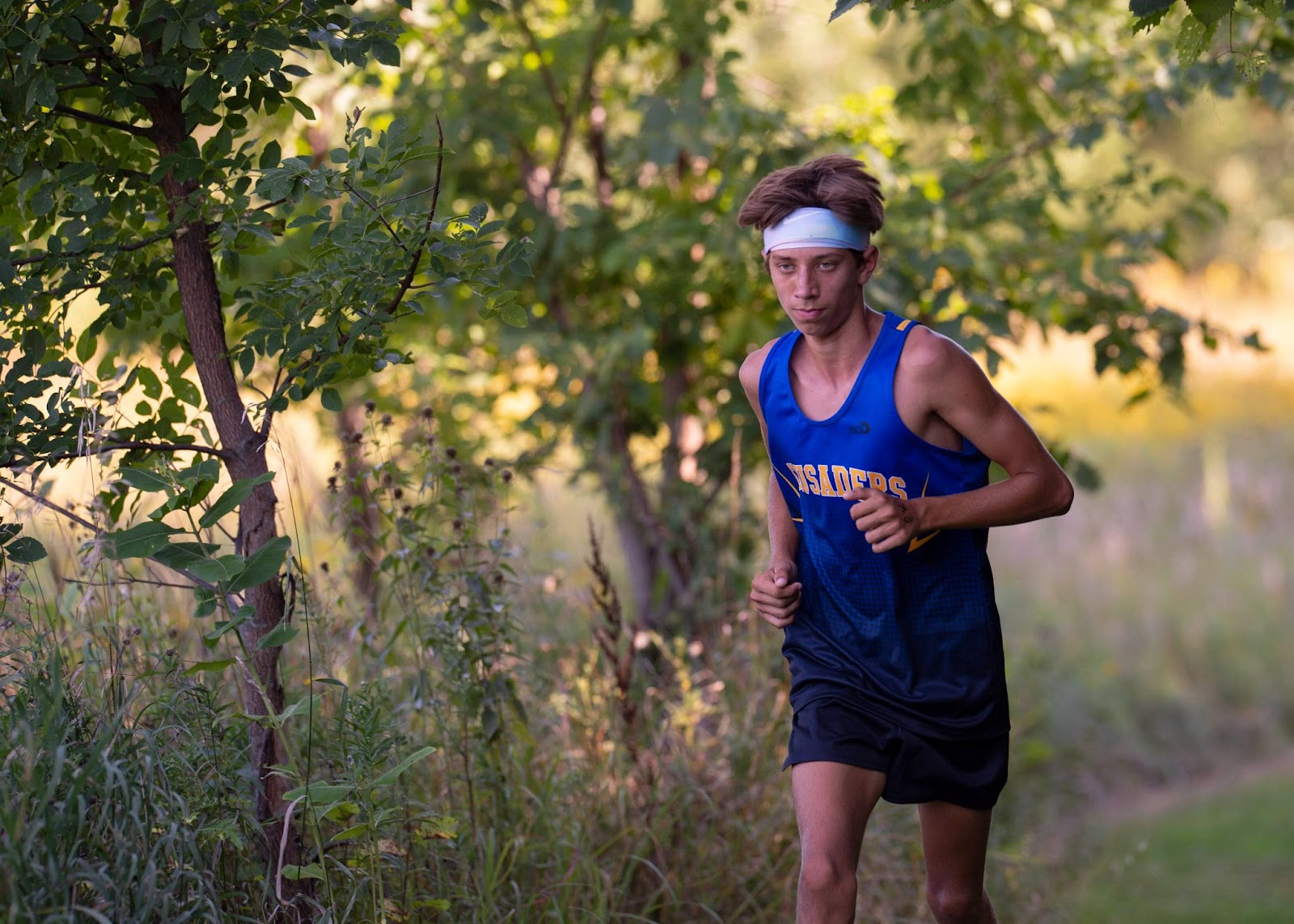 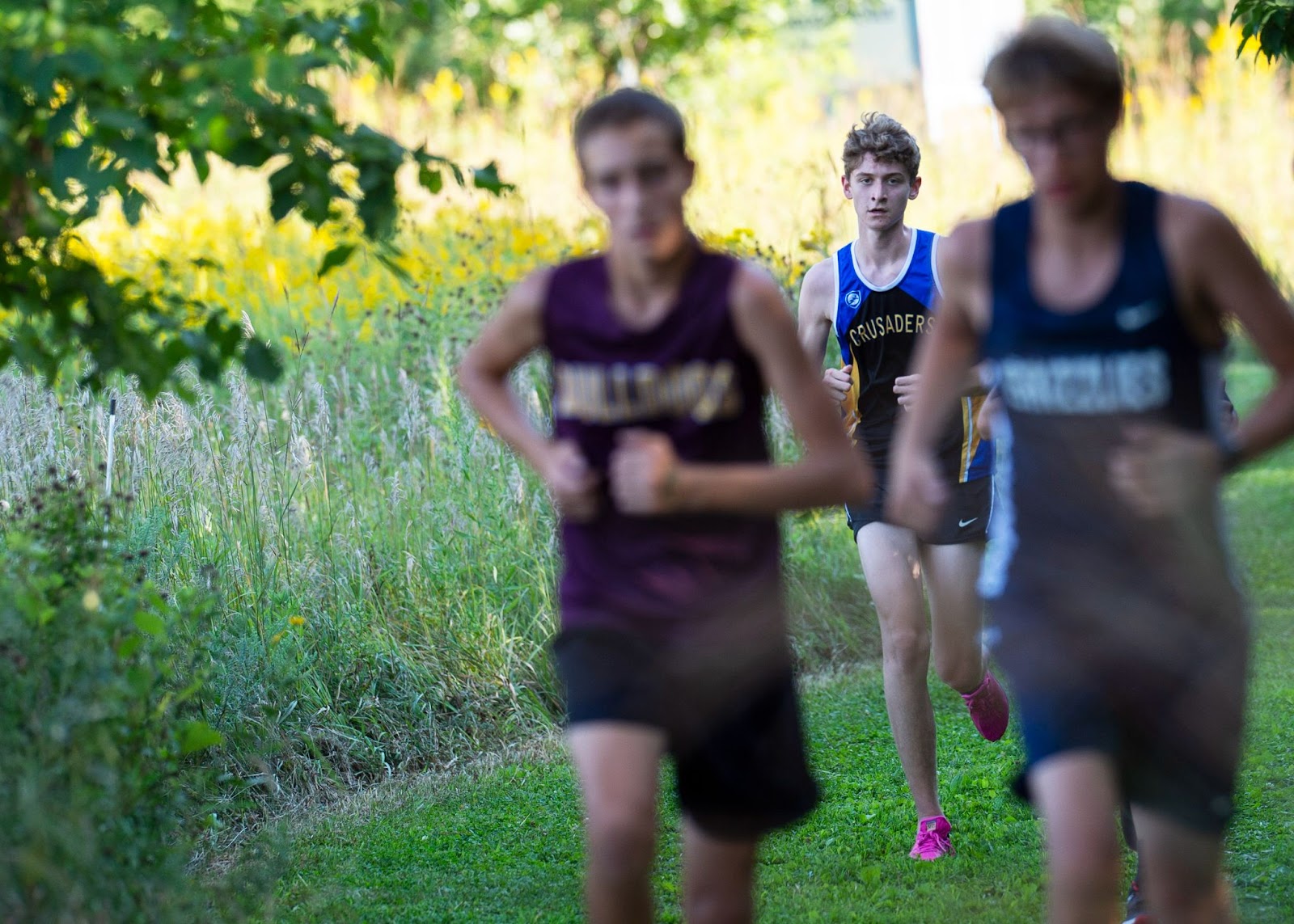 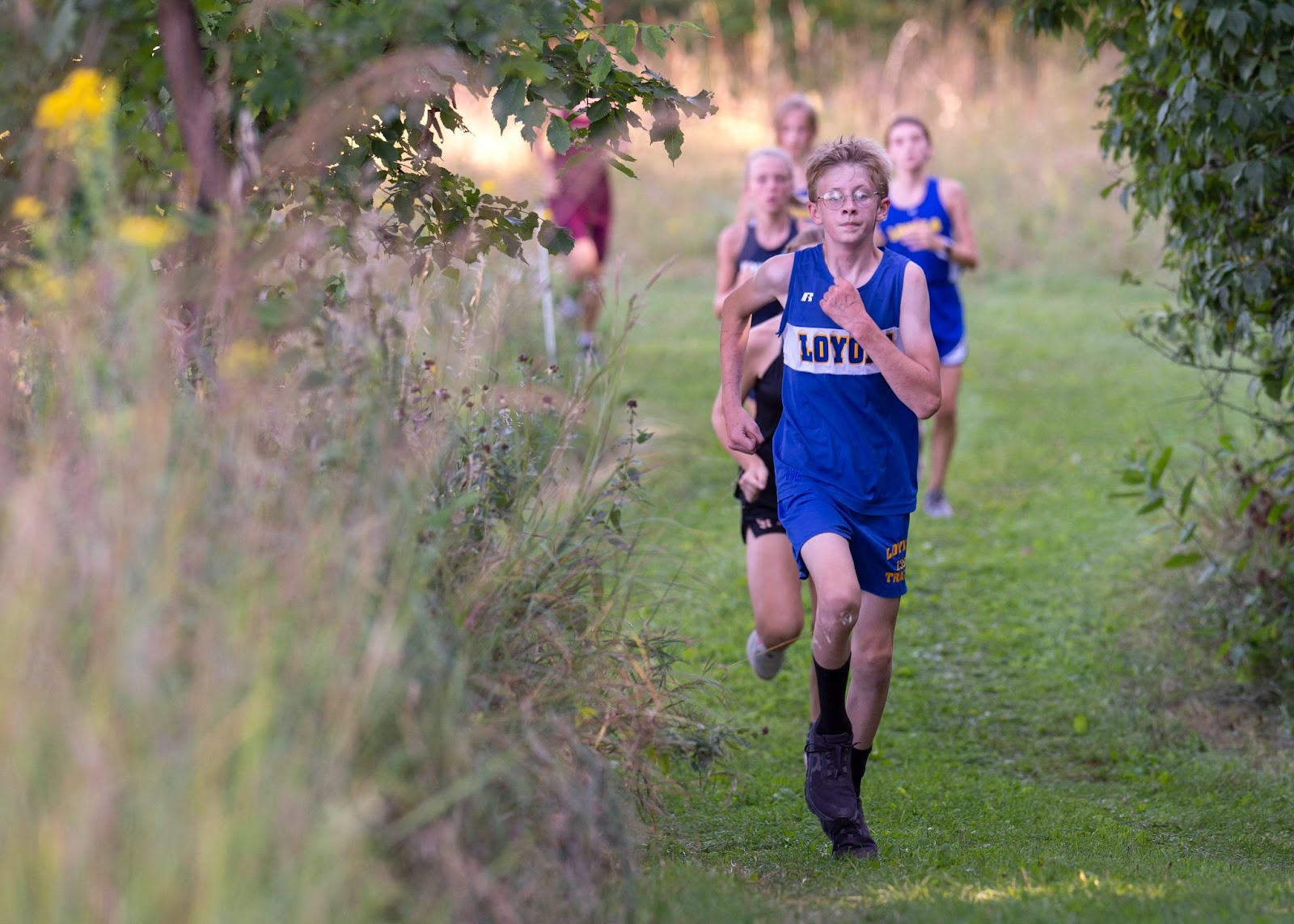