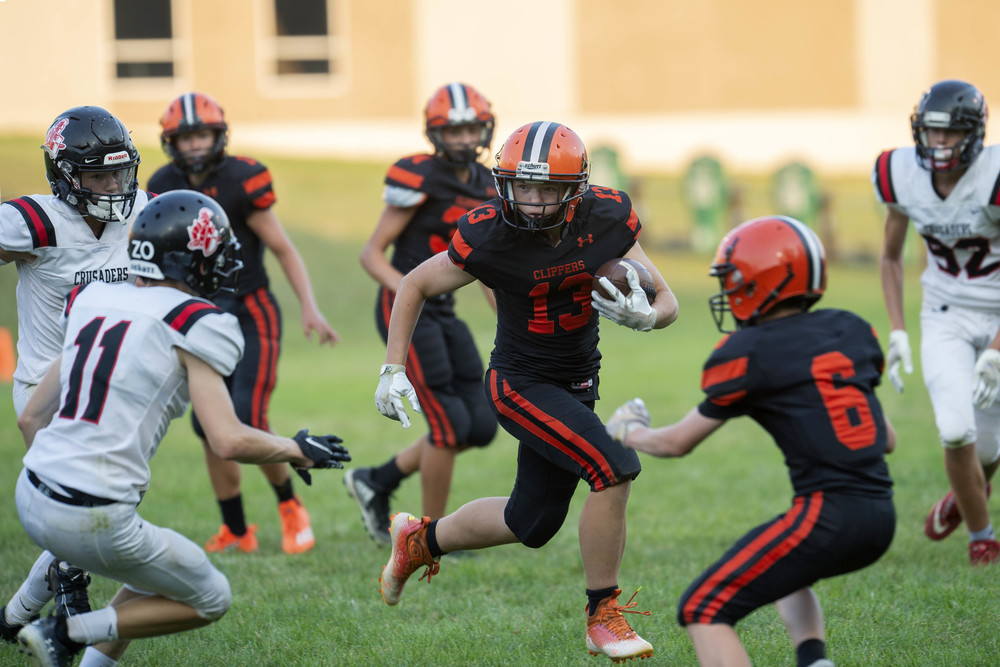 Undefeated last year, much of the junior high team took a step up to junior varsity this fall.

And they kept their winning ways on Tuesday, defeating visiting Mayer Lutheran in a hard fought 20-14 battle.

The Knights drew first blood, taking a kick all the way for a TD with a 2-point conversion.

But still in the first quarter, the Clippers came back for a tie on a Caleb Connor run for a touchdown and a 2-point extra-point pass from eighth-grade quarterback Carson Lyons to classmate Connor.

The Clippers took a lead in the second frame when freshman Caleb Possin (above) broke away for a 45-yard catch and touchdown run.

The Clippers flubbed the kickoff that opened the second half, and the Knights recovered at the Clipper 30. A few plays later it was 14 all, but the Clippers stopped the PAT to hang on to the tie.

After the kickoff, the Clippers extended a long drive into the fourth quarter, but it ended when the Knights picked off a Lyons toss in the end zone.

But the Clipper defense held, and after Mayer Lutheran’s punt, the Clippers set up on the opponent 48.

From there, Possin clicked off a run, and 4 made a nice catch that put the Clippers on the Knight 26. Next, Lyons connected with freshman Mason Kluntz at the five.

The Clippers lost 5 yards in two plays after that, but on a keeper, Lyons put them back on the ML three and then tossed to Bode Bartell just across the goal line for the score.

The Knights broke up the Clippers point-after pass, but they led 20-14.

The Knights started to move down field after the kickoff, but any chance of a comeback as the clock wound down was dashed when Nathan Seeman came up with an interception.

Coached by Kyle Atherton, Matt Miller and Larry Walechka, the Clipper JV will return to action on Monday when they host Waterville-Elysian-Morristown at 6:00.

The opening act to that game will be the debut of Rich Kern’s junior high team. They will also take on WEM at 4:30. 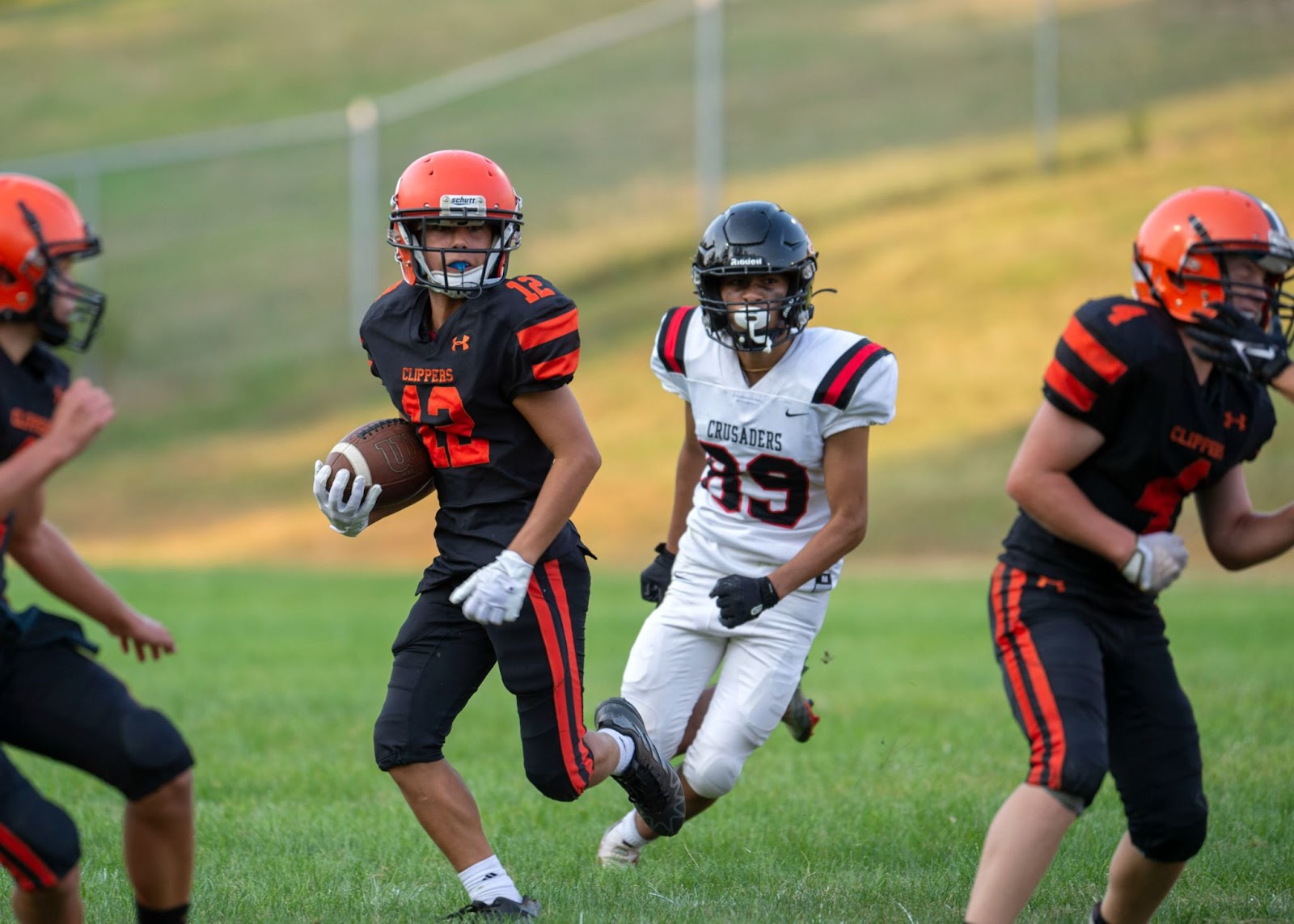 Sam Ternes on the carry. 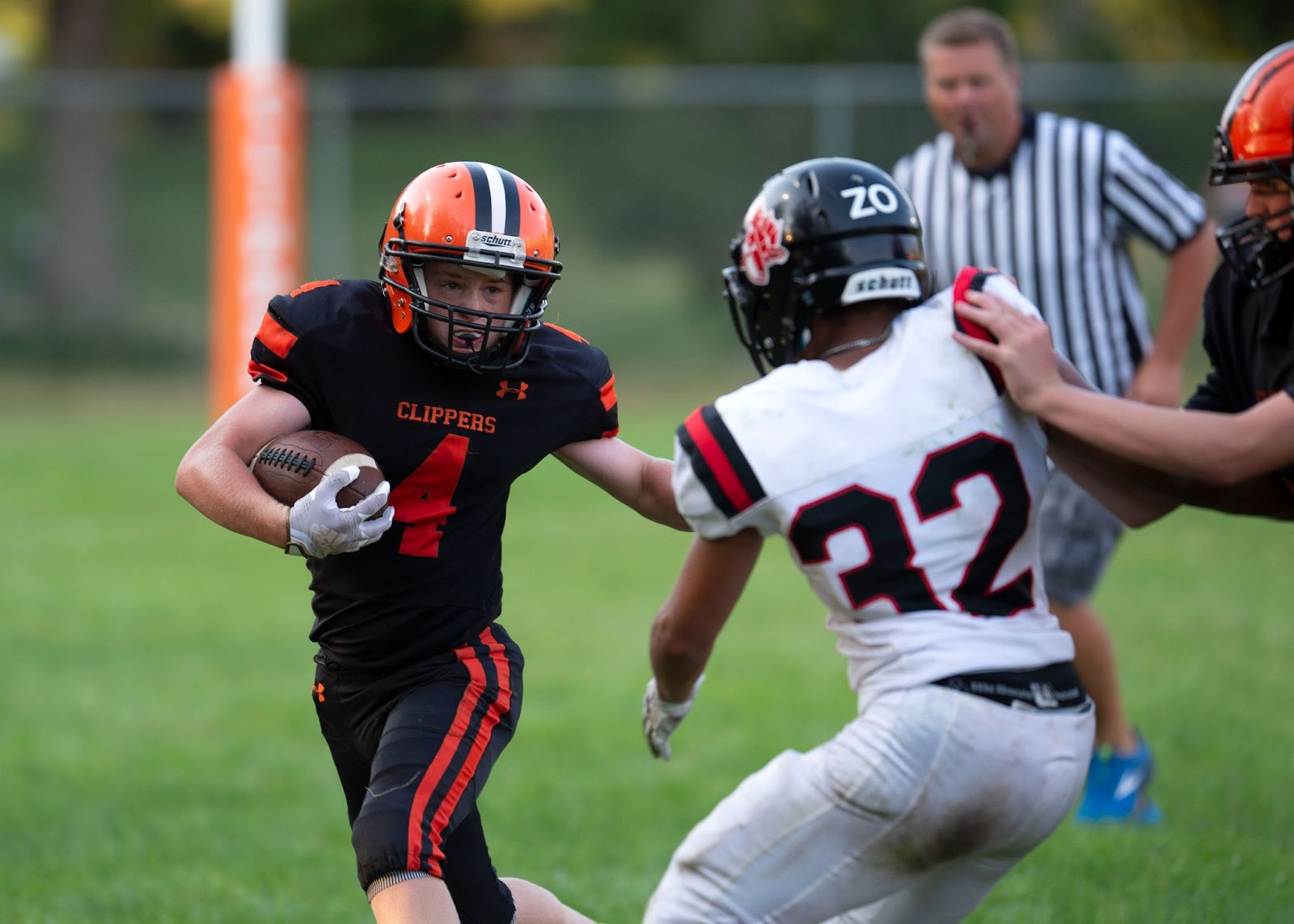 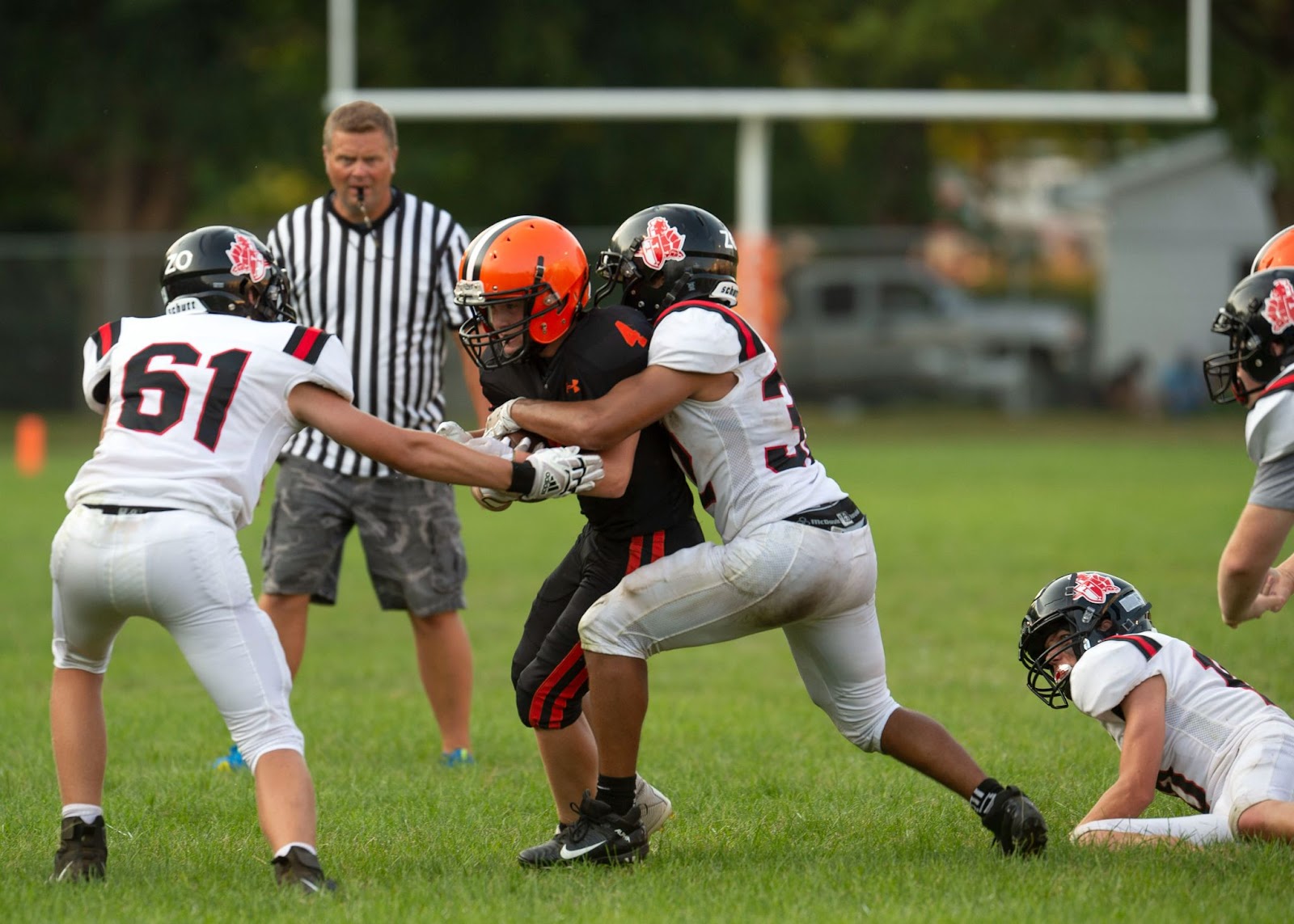 Bode Bartell fights his way for a few more inches. 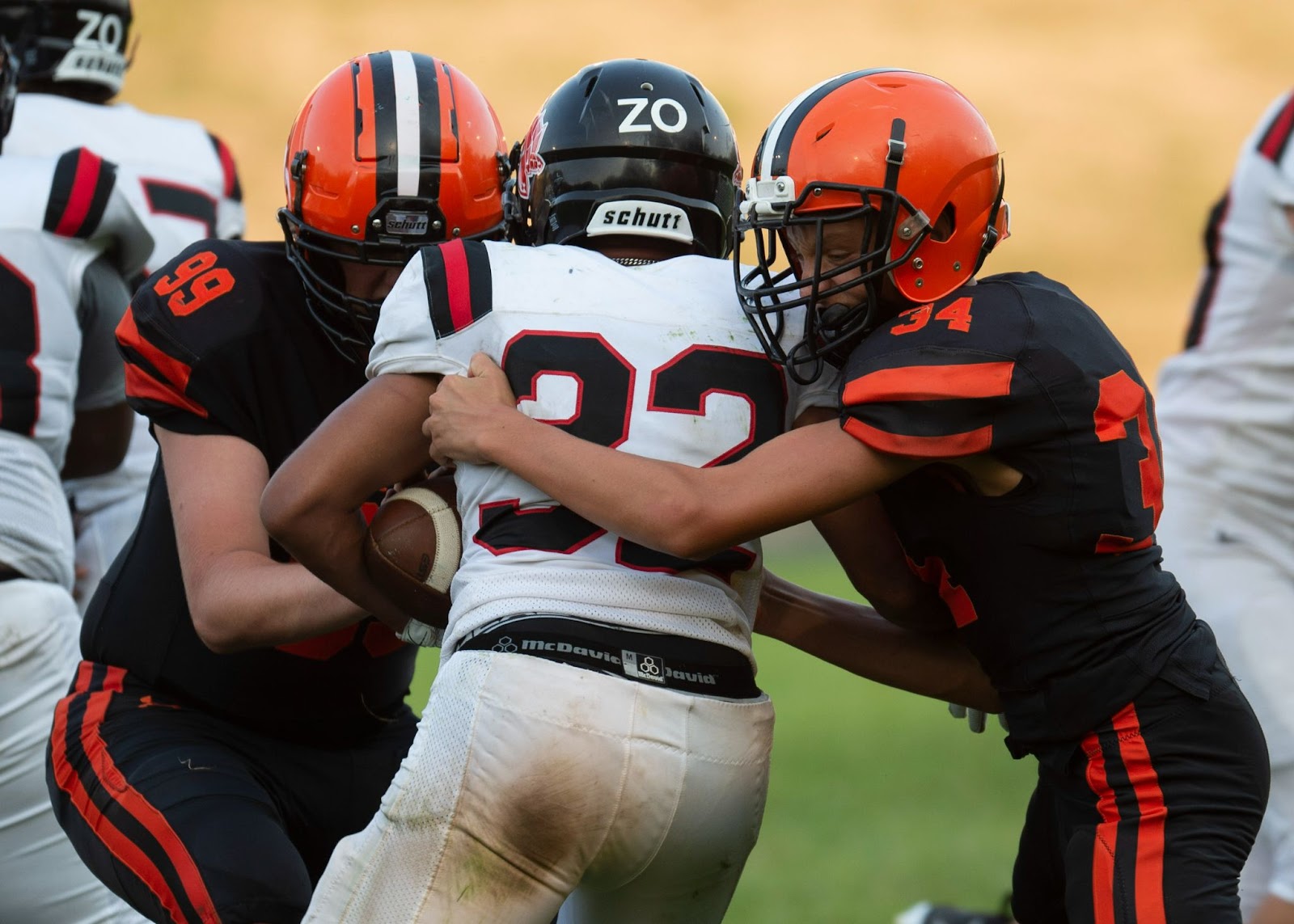 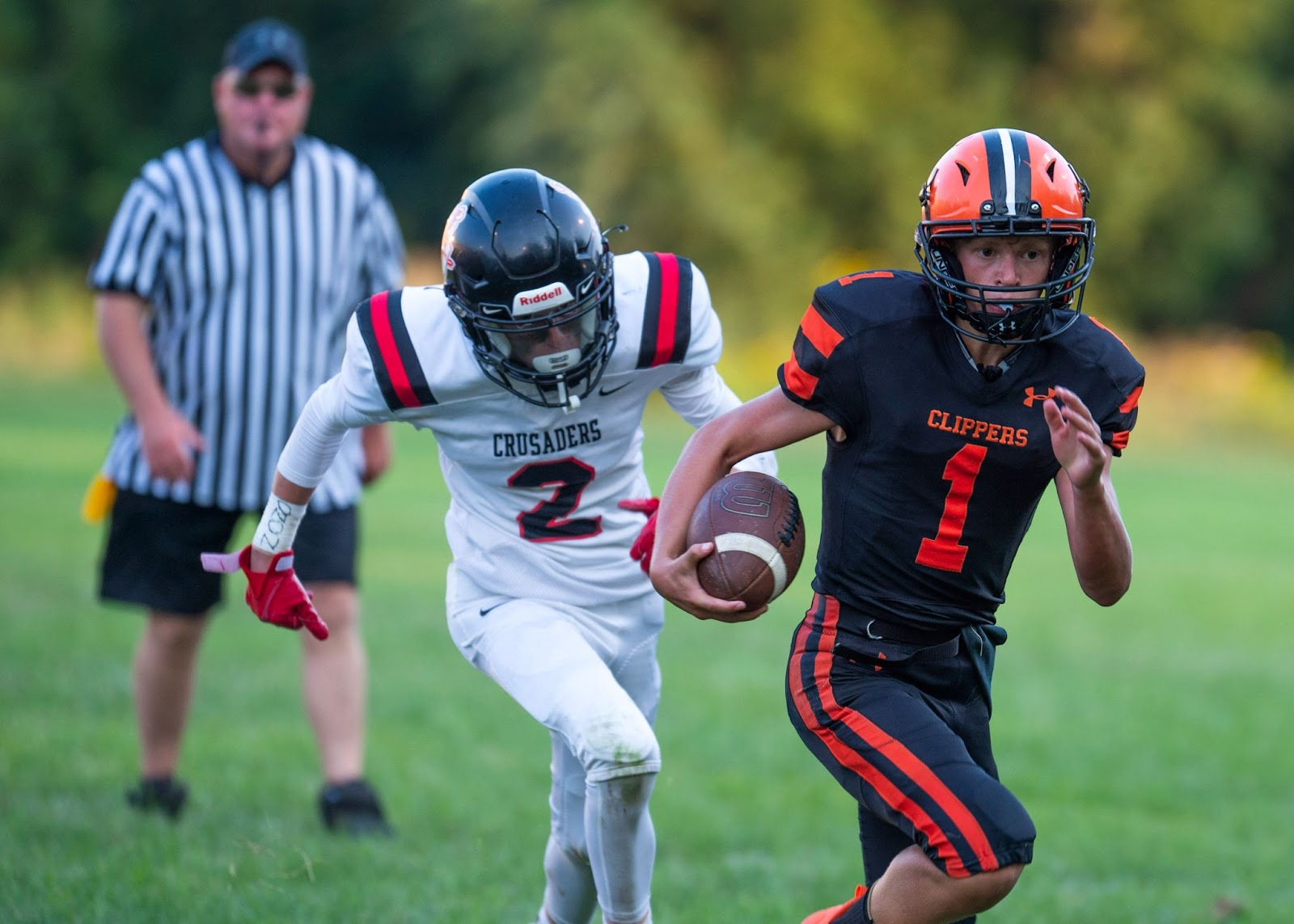 Quarterback Carson Lyons on the breakaway. 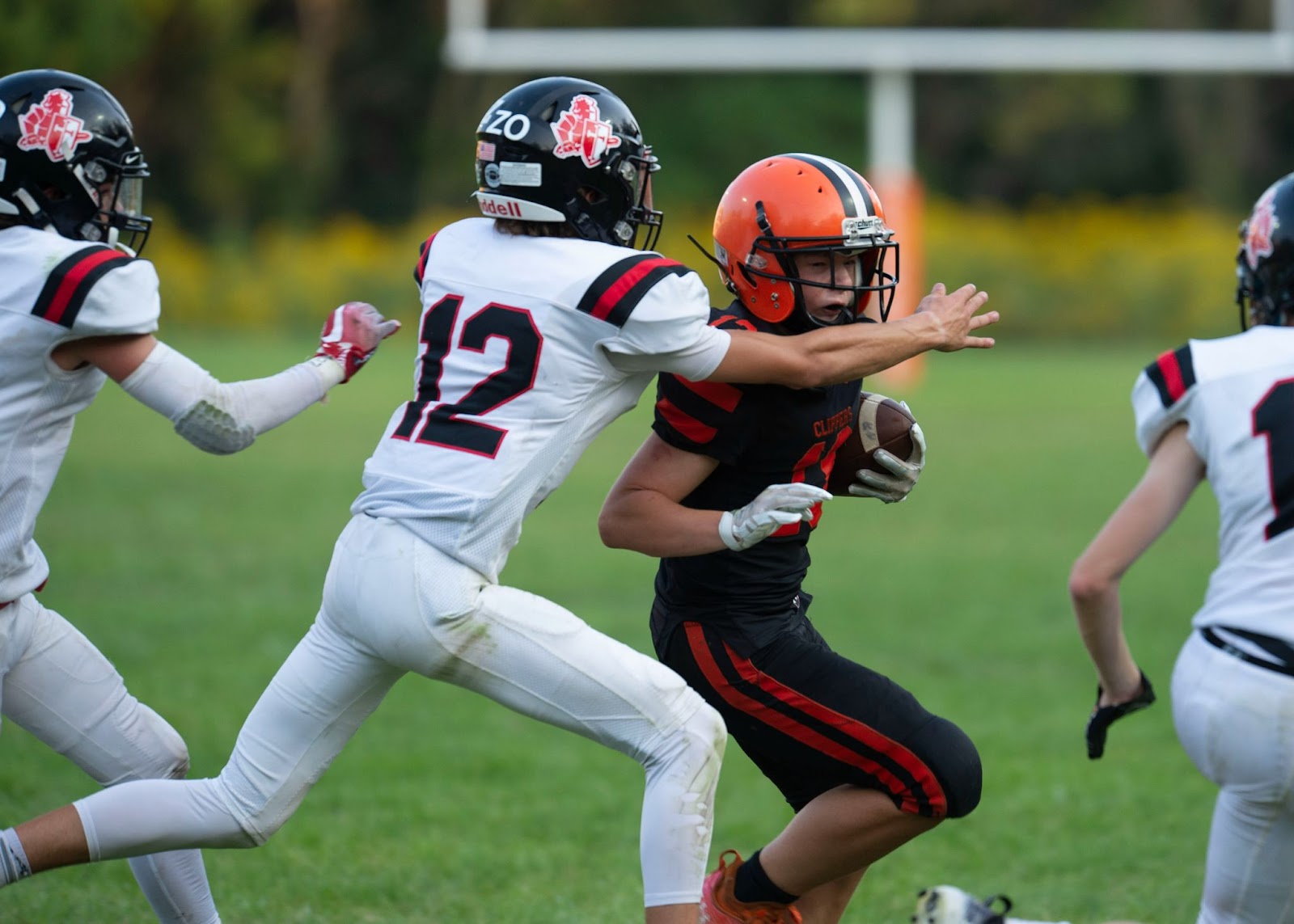 Mason Kluntz just after a catch that set up the Clippers’ winning touchdown.