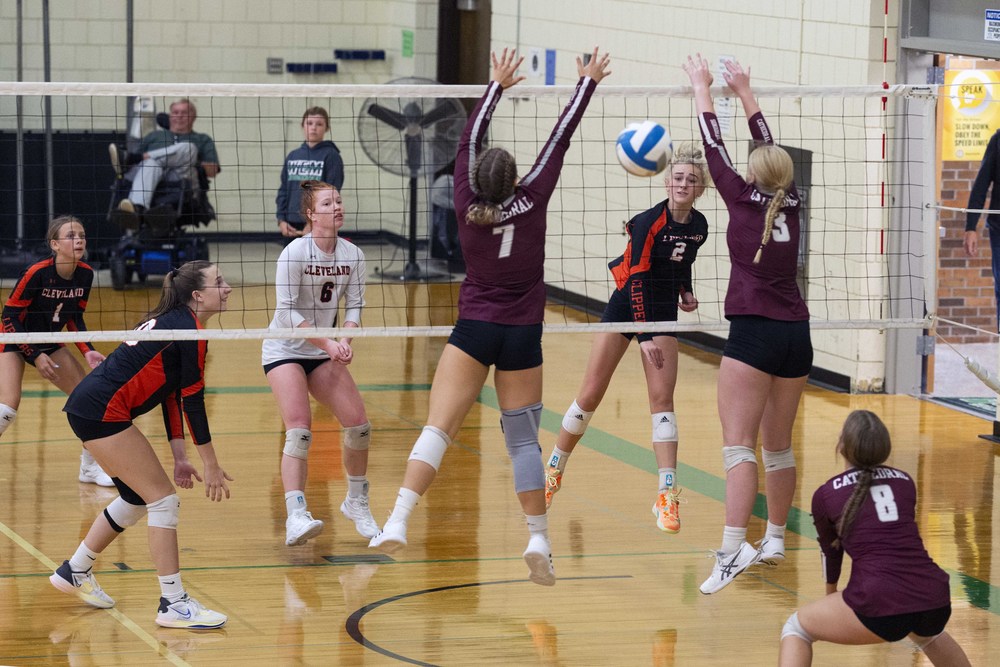 The CliffsNotes to the Clipper varsity girls outing at the 43rd-annual Waterville invite on Saturday start with them easily downing TCU 25-13, 25-22 in the first round of pool play.

In bracket play, they avenged an earlier season loss to New Ulm Cathedral, tops in the other side of pool play, with a 25-18, 25-21 victory.

Meanwhile, on the other court, second-place in the other pool Waterville-Elysian-Morristown lost in three sets to Nova.

Facing Nova again in the tournament championship, the Clippers fought hard but fell to Nova, a team ranked seventh in the state in class AA, 17-25, 21-25.

The Clippers took a respectable second place in the tournament.

“It was a very good day,” said head coach Dave Nixon, “When they set the two all-state outside hitters, the (Ball) sisters—and the setter is another sister—those two hitters are as good of hitters as we are going to face. We did a great job of slowing them down and keeping balls alive.”

Nixon said the Clippers got into a unique defense, one geared to a team as powerful as Nova. It worked for a while, and the Clippers gave the Knights a scare when, with kills by Sarena Remiger and Ava Hahn (on the attack above), they scored five of six points in game two to go up 17-15.

“The girls did a great job,” Nixon said. “They played hard, and they competed, and that was exactly what we needed to do. There’s no shame in losing to that team.”

Other teams in the New Ulm Cathedral pool were St. Clair and Minnesota Valley Lutheran.

Last year at the Waterville tournament, after falling to 4A Minnetonka, the Clippers got beat by Nova in the first round of bracket play 25-18, 25-18.

The Clippers traveled to Nicollet on Tuesday (see separate story). 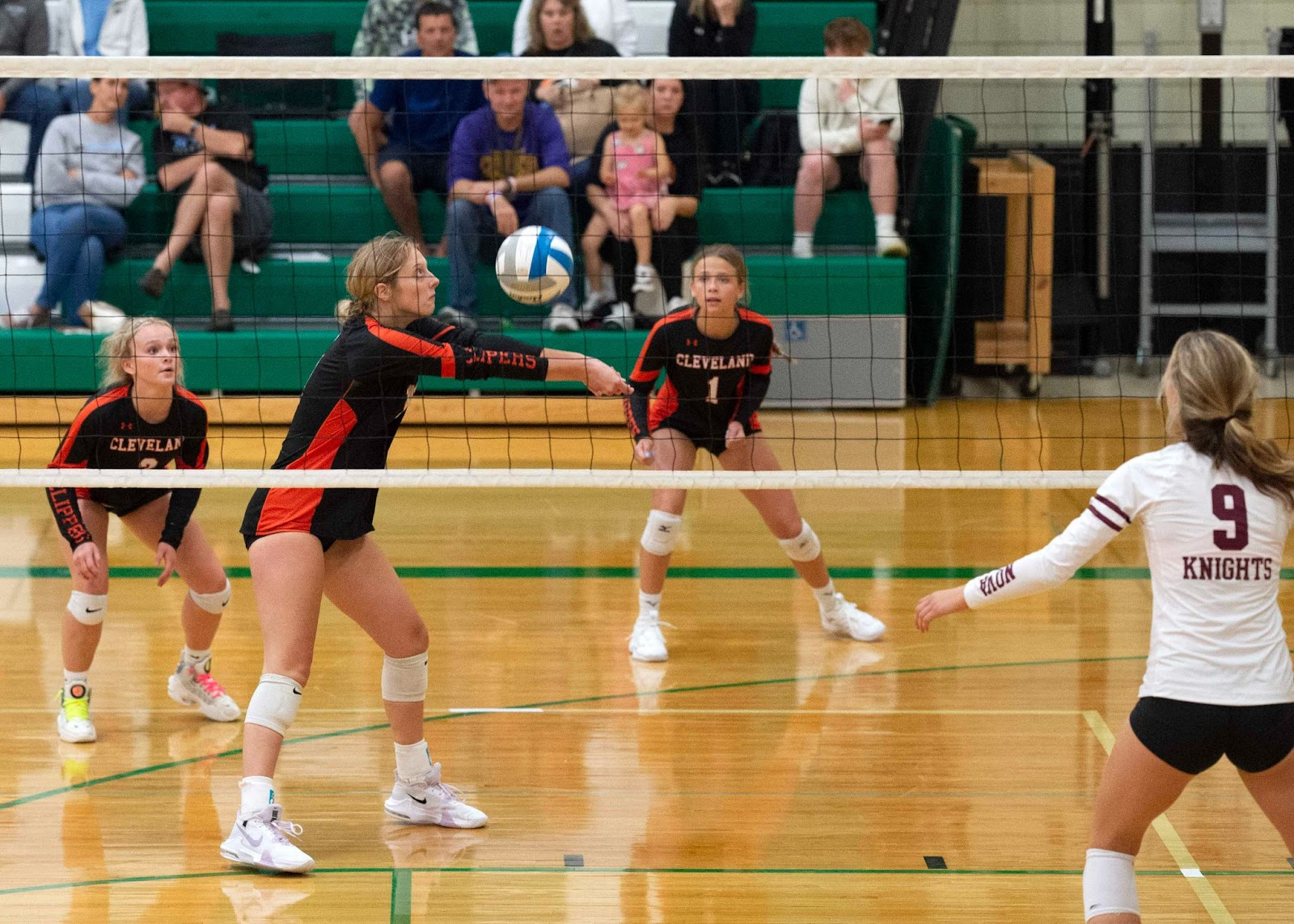 Harley Connor on the bump. 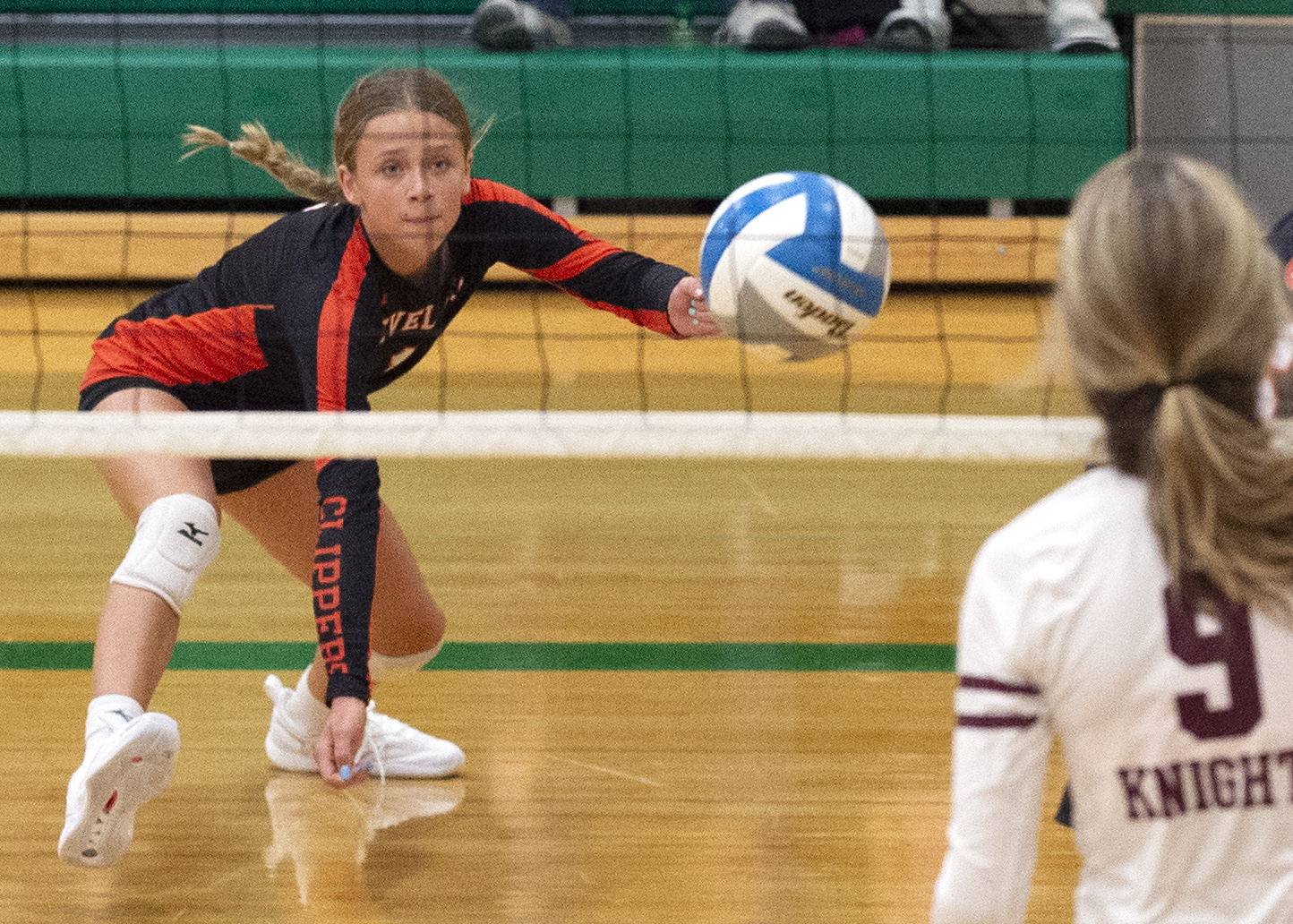 Savannah Meyer reaches out to deflect a Nova serve