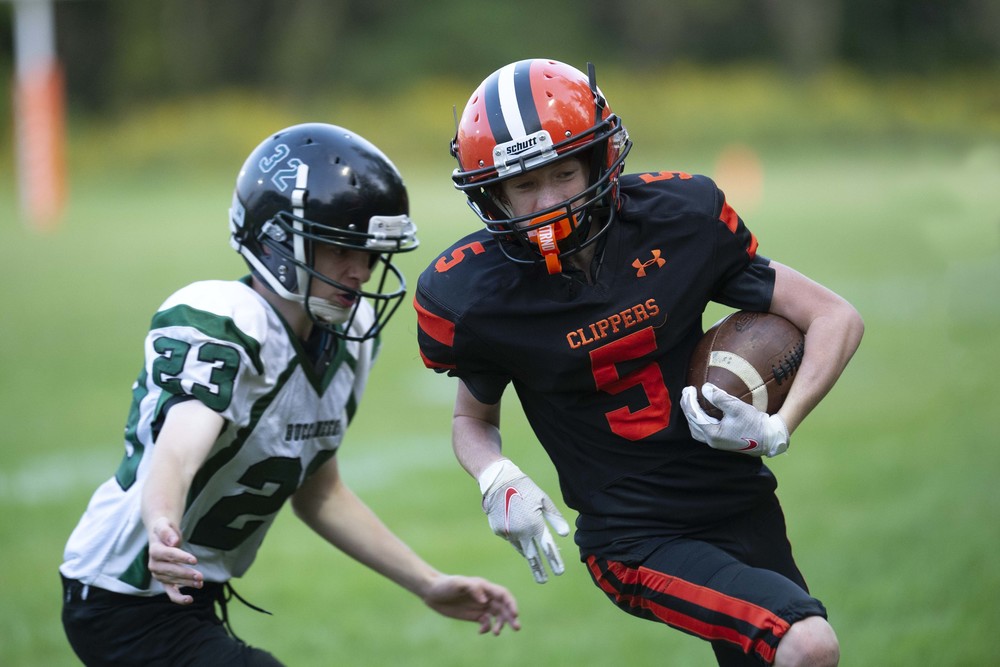 Waterville-Elysian-Morristown came to the Cleveland football field on Monday, but the Clipper JV boys didn’t have much trouble sending them back empty in a 46-0 routing.

After catches by Bode Bartell (above), Caleb Connor and Braeden Smith, Possin got the call again, this time for 2-yard screen pass for the touchdown and an 18-0 Orange & Black advantage.

As the half drew to a close, the Bucs turned the ball over on downs at the Cleveland 23, and the Clippers went on the move again, starting with a pass to eight grader Smith for a dozen yards. Connor conquered 45 yards of real estate on a catch and run and then took a handoff that put the Clippers just in front of the goal line.

Lyon’s toss after the next snap got picked off in the end zone, but the Bucs coughed the ball up on the 3. From the three, Possin brought a pitch right in for the score. The Clippers finally converted a PAT when Alex Garcia took the handoff across the goal line to put the Clippers way up front, 26-0 at the intermission.

Late in the third quarter, Possin ran 5 yards for a touchdown. In the final frame, after nose guard David Draheim fell on a WEM fumble, eighth grader Sam Ternes, in for Lyons behind center, found Nathan Seeman in the right-side corner of the end zone for another Clipper touchdown. After Ternes connected with Bartell in the other size of the end zone for the PAT, it was 40 to a goose egg.

Max Esser stepped in front of a WEM pass and sprinted down the sideline for a pick 6 and the final Clipper score. Seeman also intercepted in the first play after the ensuing kickoff.

The Clippers travel to Winthrop on Monday to take on GFW. 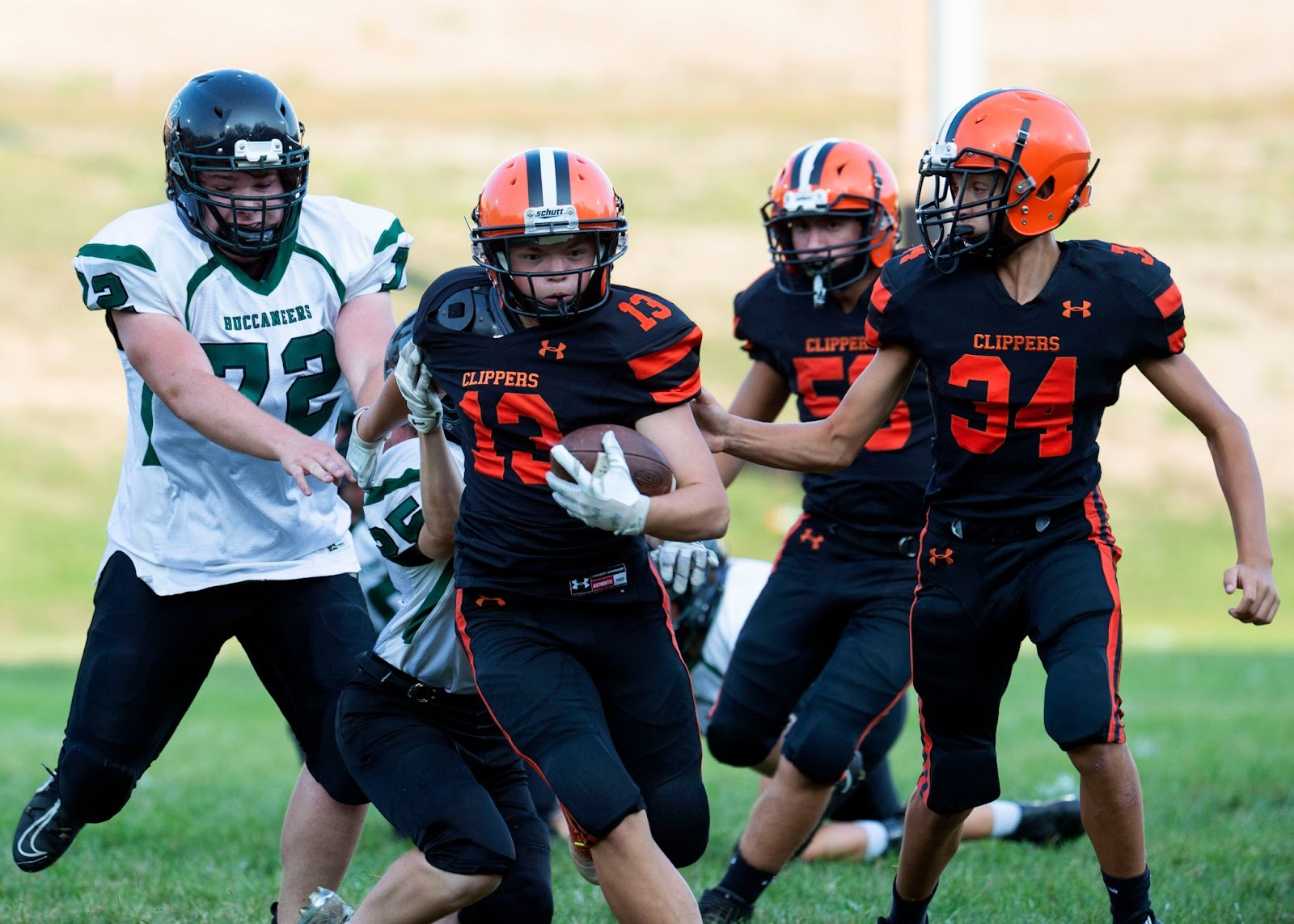 Caleb Possin on the run. 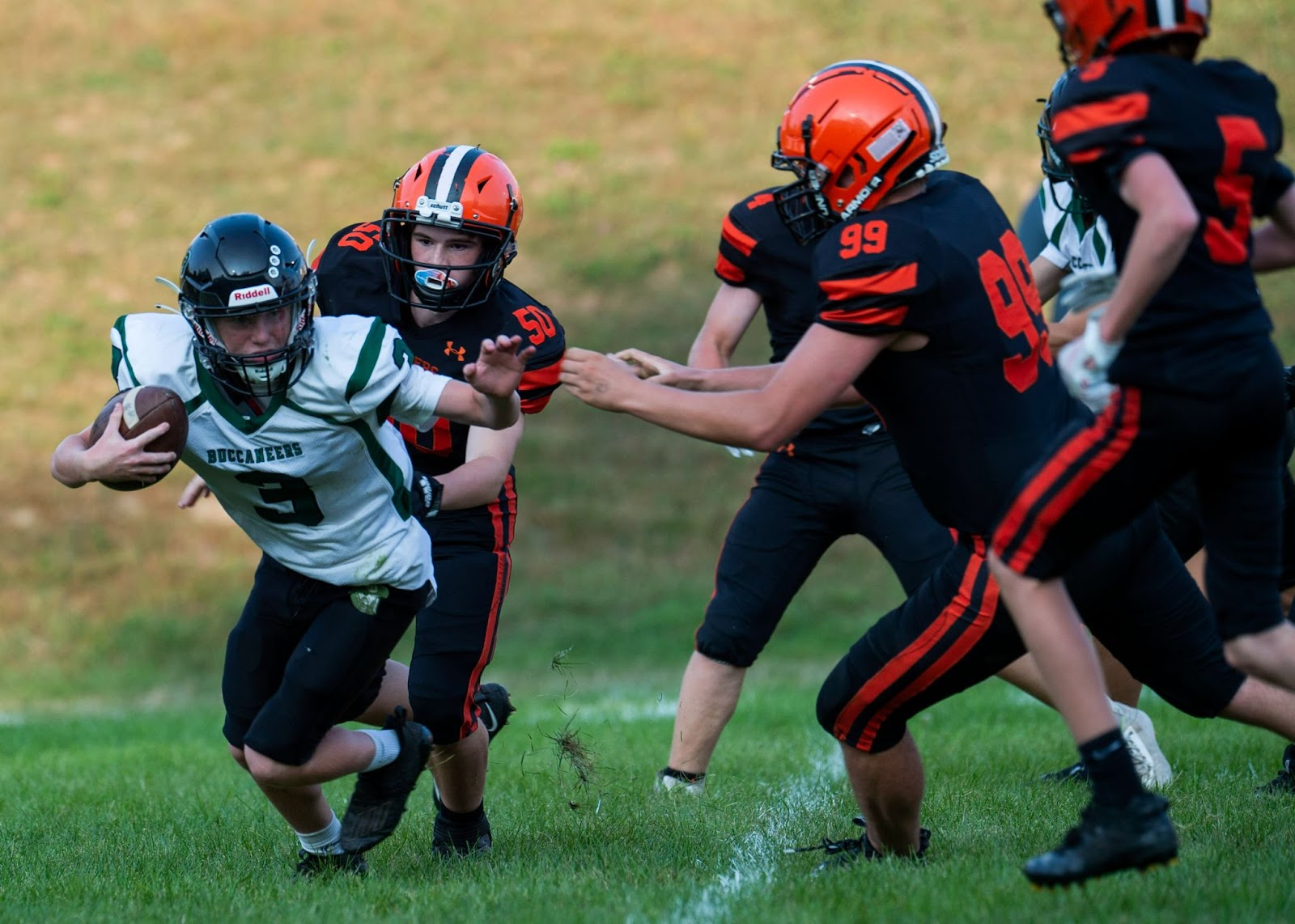 Max Esser moves in for a tackle. 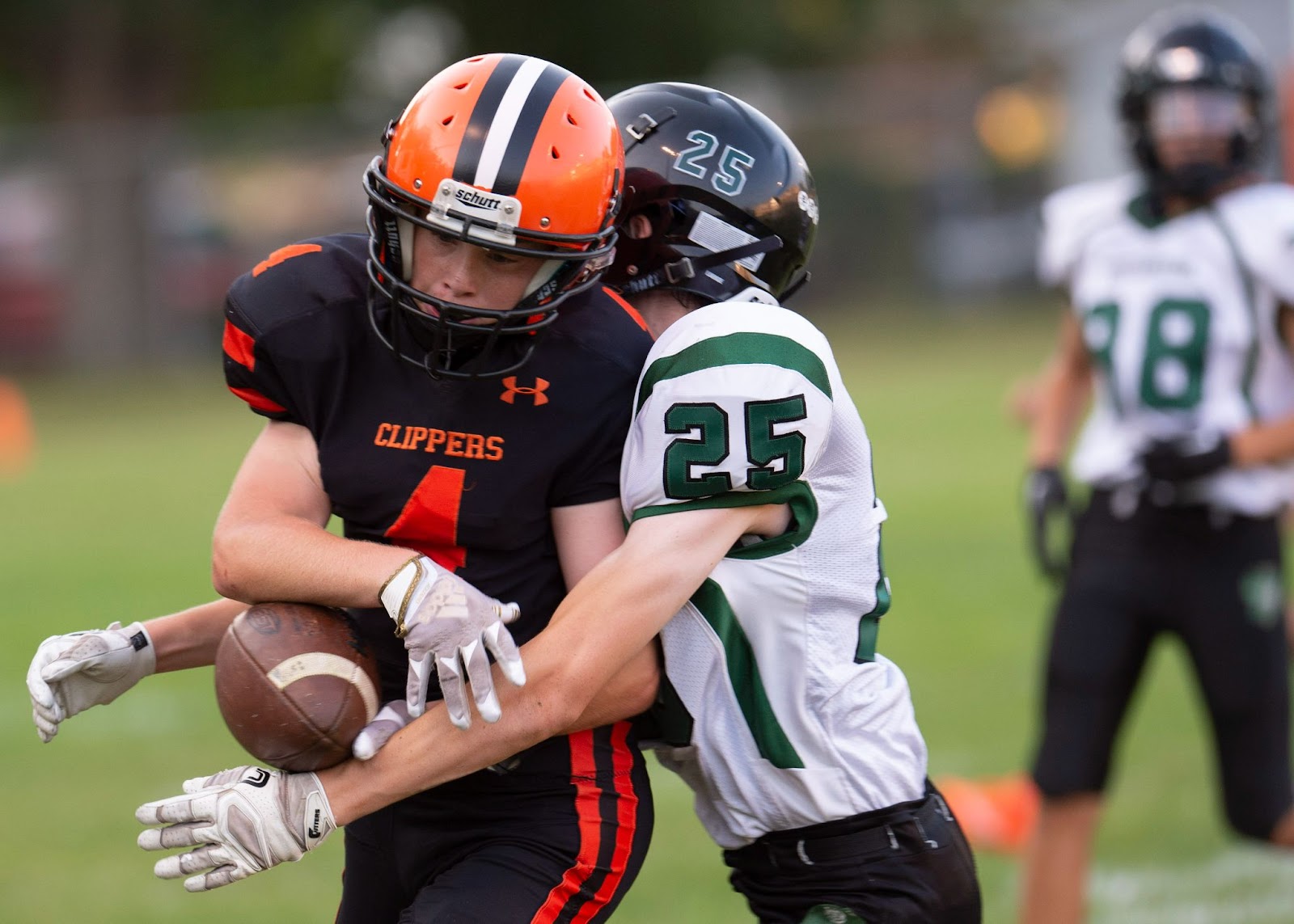 Caleb Connor found a handle on the ball for a catch. 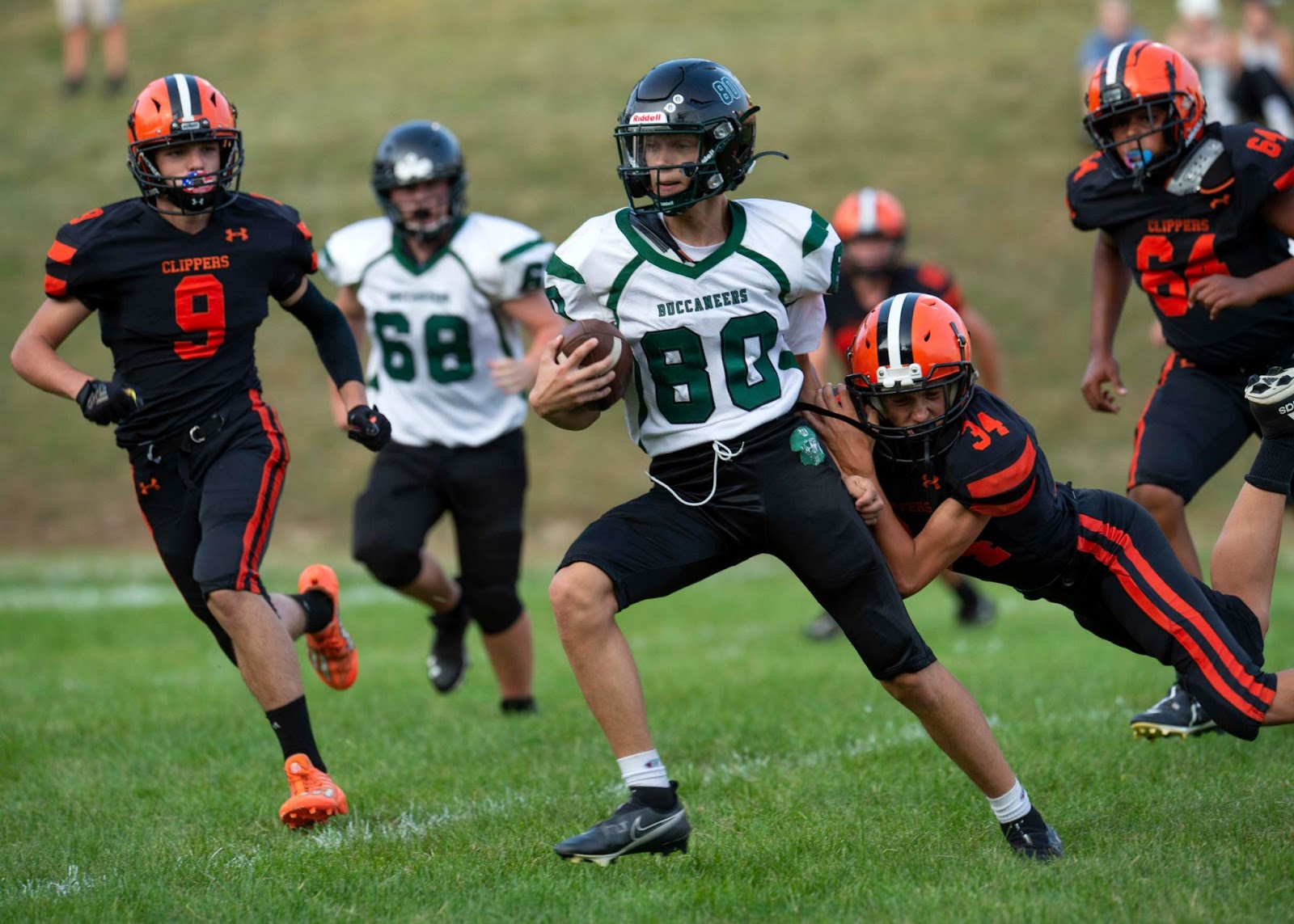 Braeden Smith kept hold to make the tackle on this play. 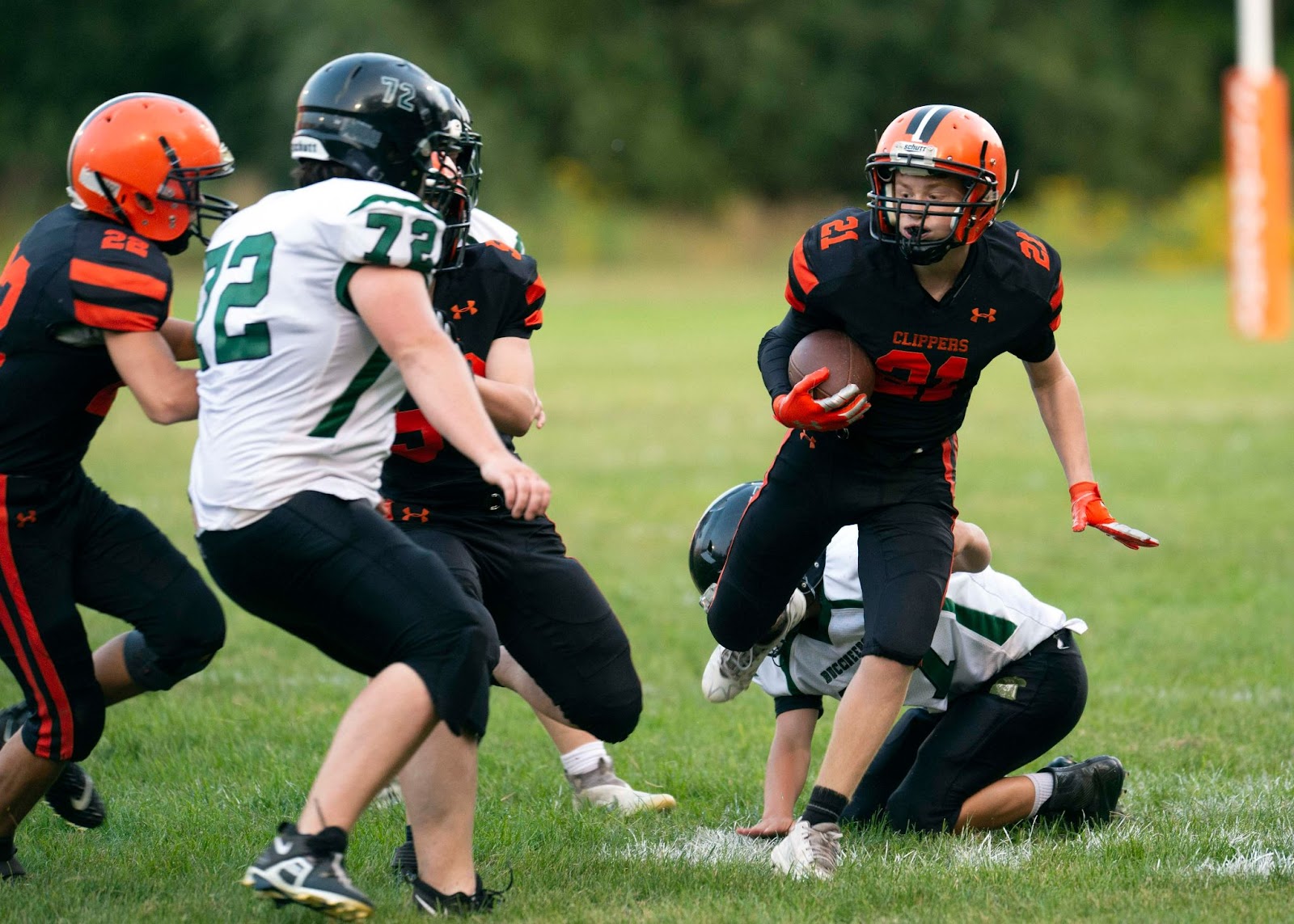 Dominic Anderson on the run. 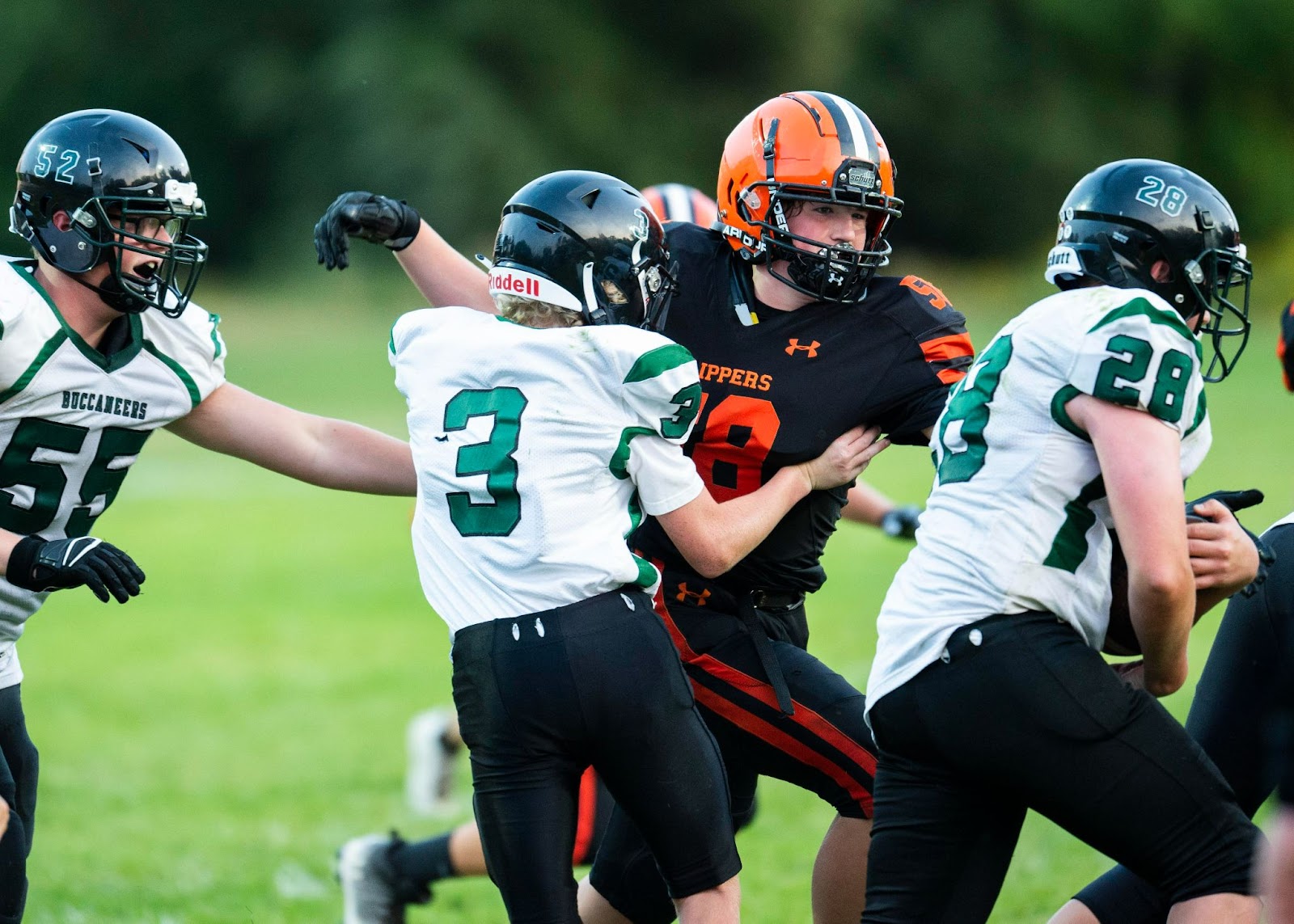 David Draheim had a good night facing the WEM snapper.