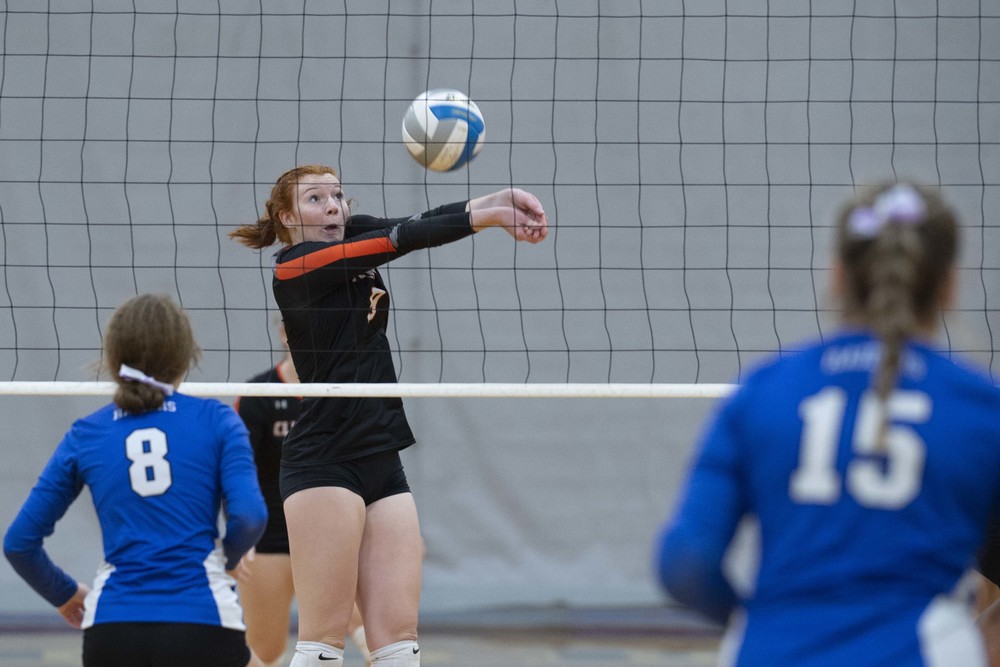 Above: Jocelyn Bartell on the bump.

After a cruise west on Highway-99 on Tuesday, the Clipper JV girls easily swept Nicollet 3-0.

Game one was a 25-12 cake walk. Game two was a little closer, but the Clippers broke away midway through. Delany Thompson served up an ace, and Addi Holden spiked down kill that went across the court and landed just in front of the Raider side of the net.

Game three was for fun, but the Clippers won that too. The first point came from a Lilly Lamont ace tip. Lacey McCabe went on the attack for another point, and the Clippers jumped out to a 3-0 start.

Later, Mariah McCabe went on the attack for point 10. The game ended 15-6 when the Raiders sent a hit past the boundary line.

Sophie Perkins went nine for nine from the service line with three aces. She propped up three set assists. Chole Anderson was four for four in serving with two aces. She whacked three kills. Jersey Kelley had three kills. Holden had nine kills. Thompson made all seven of her serves with two of them winners. Mady Seely had five ace serves. Cassandra Connor scooped a trio of digs. Lacey McCabe had three digs and two kills and was four-for in serving with an ace. Mariah McCabe had two kills.

As a B squad, the younger Clippers return to action at home on Tuesday with a match against St. Clair. 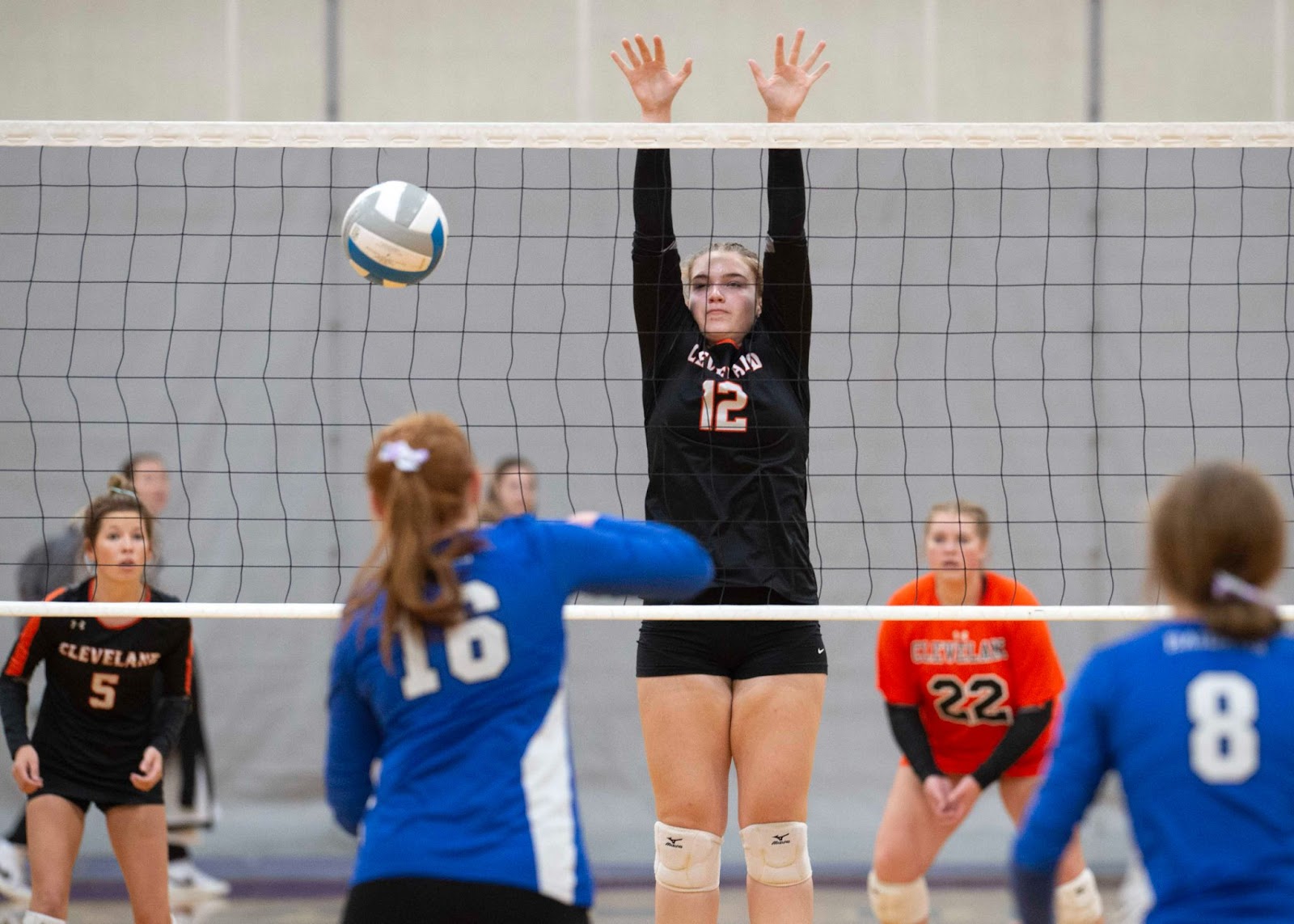 Maya Lassiter leaps for a block. 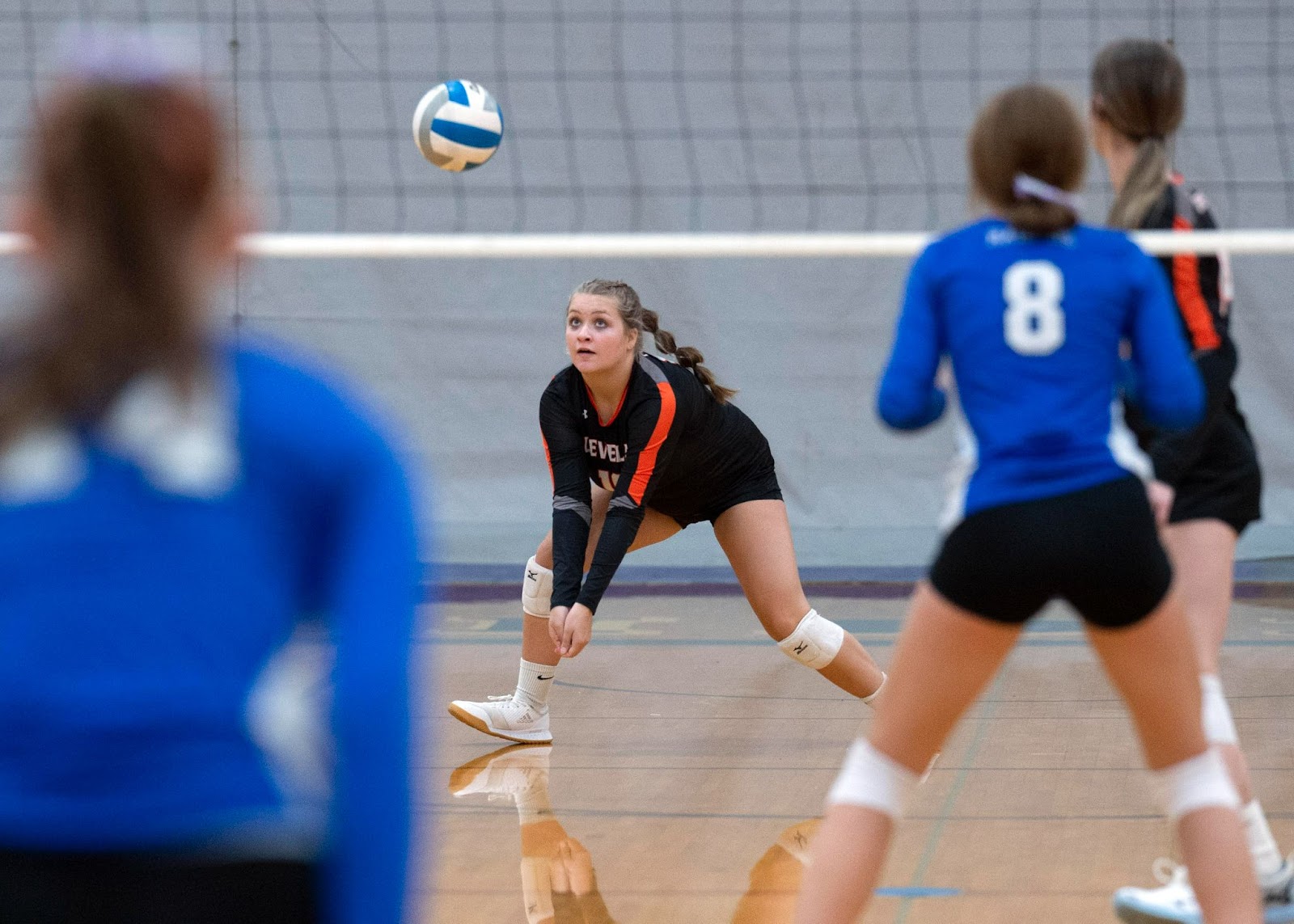 Oliva Shouler on the serve receive. 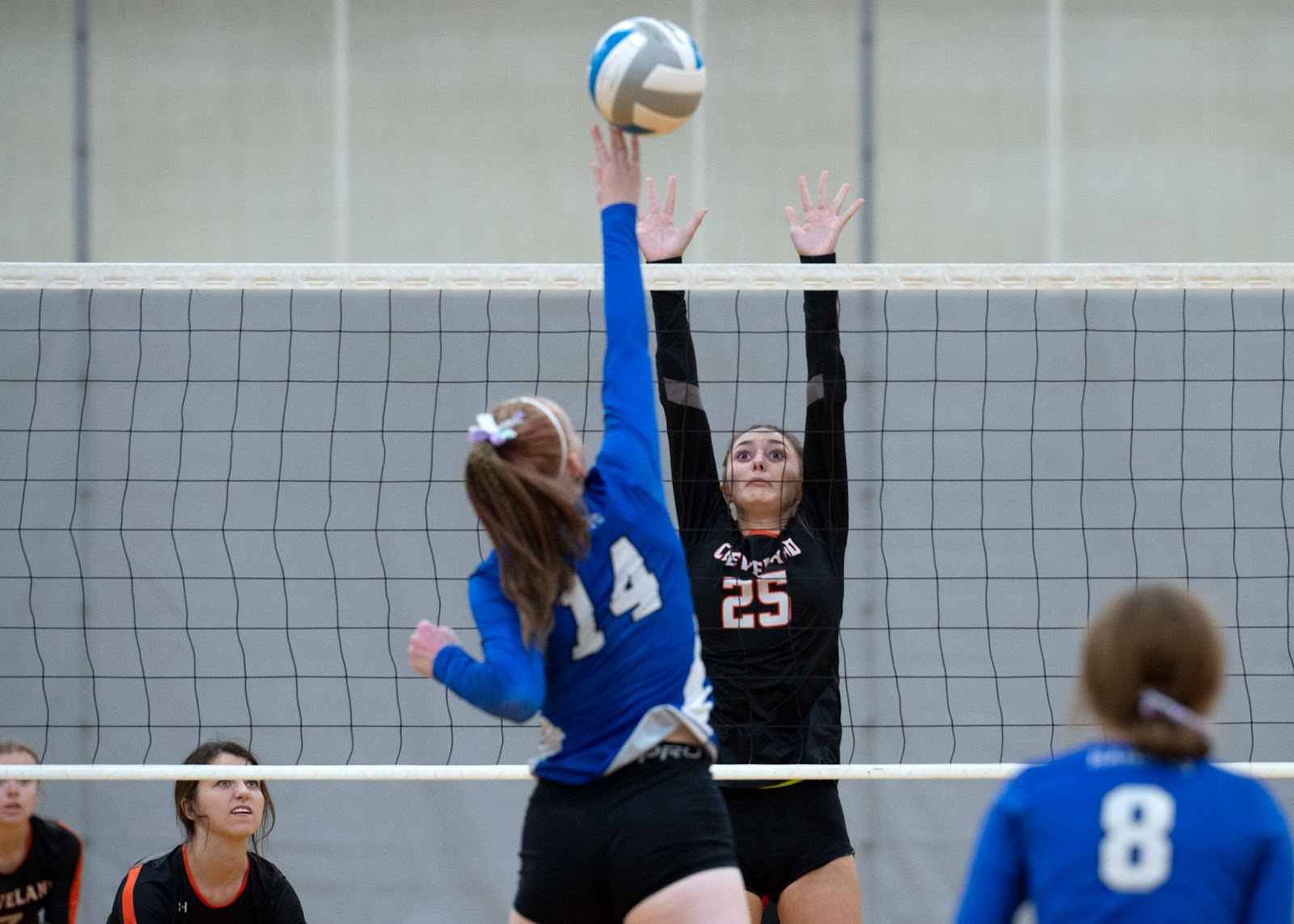 Brenna McCarthy battles at the net. 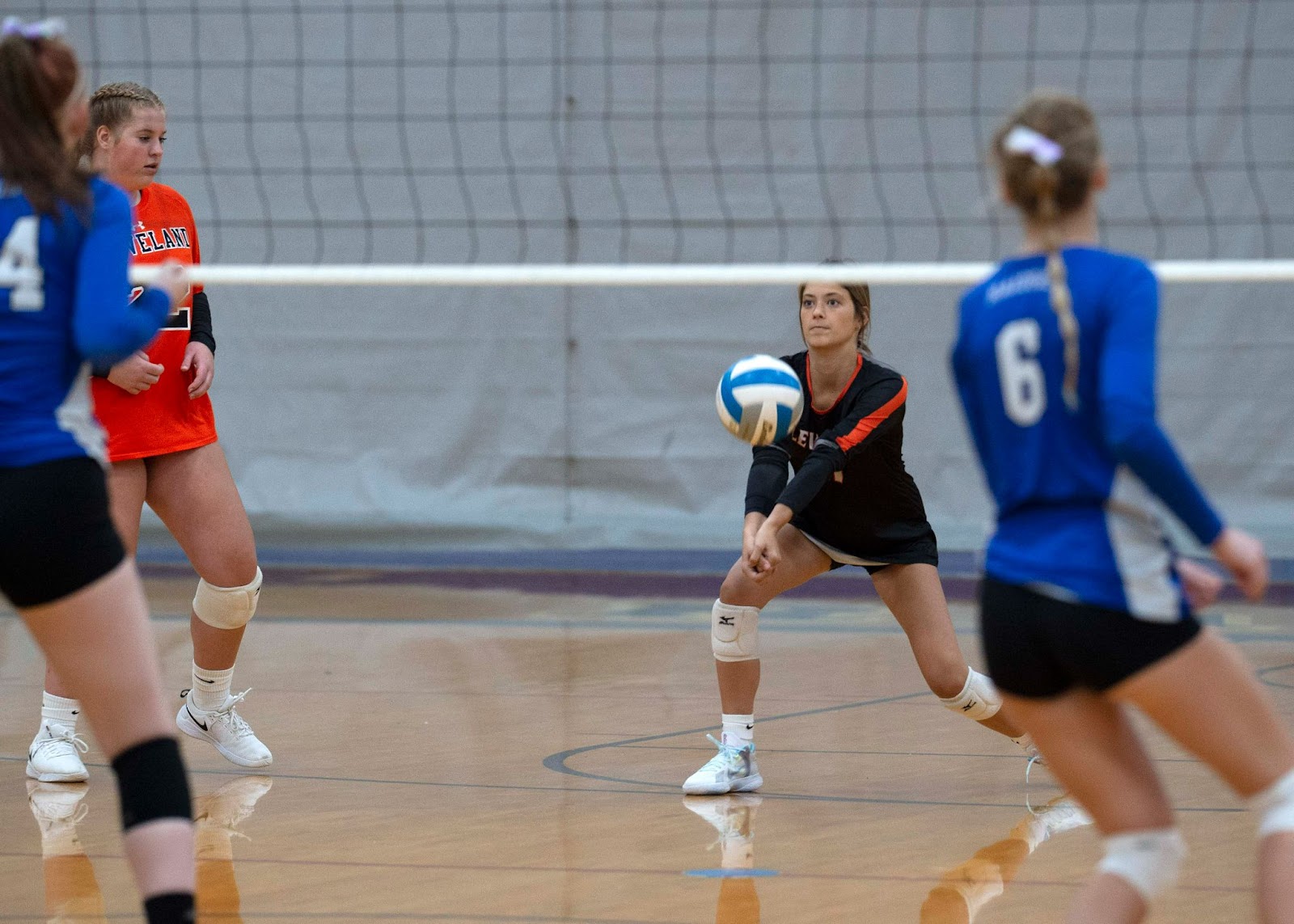 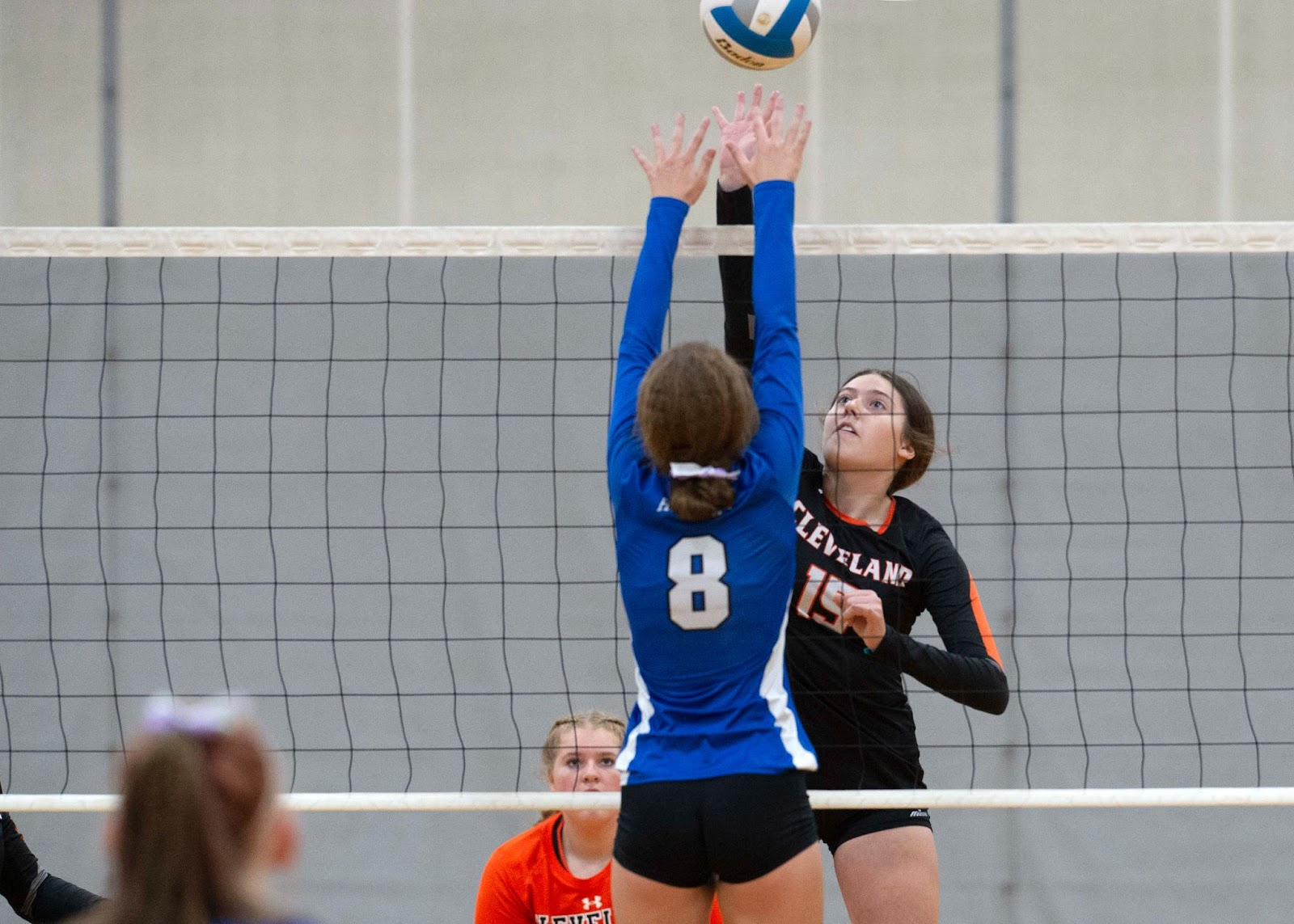 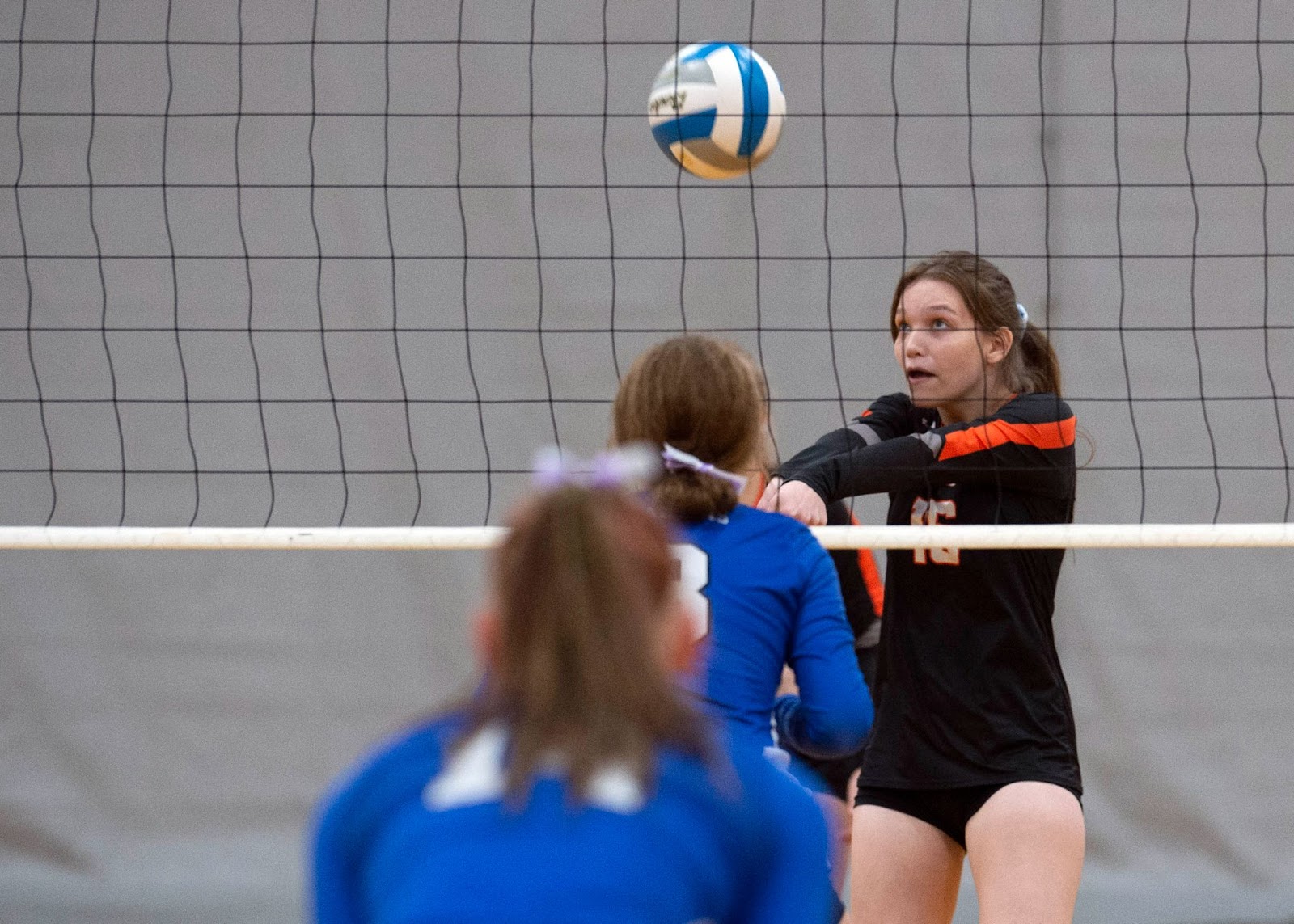 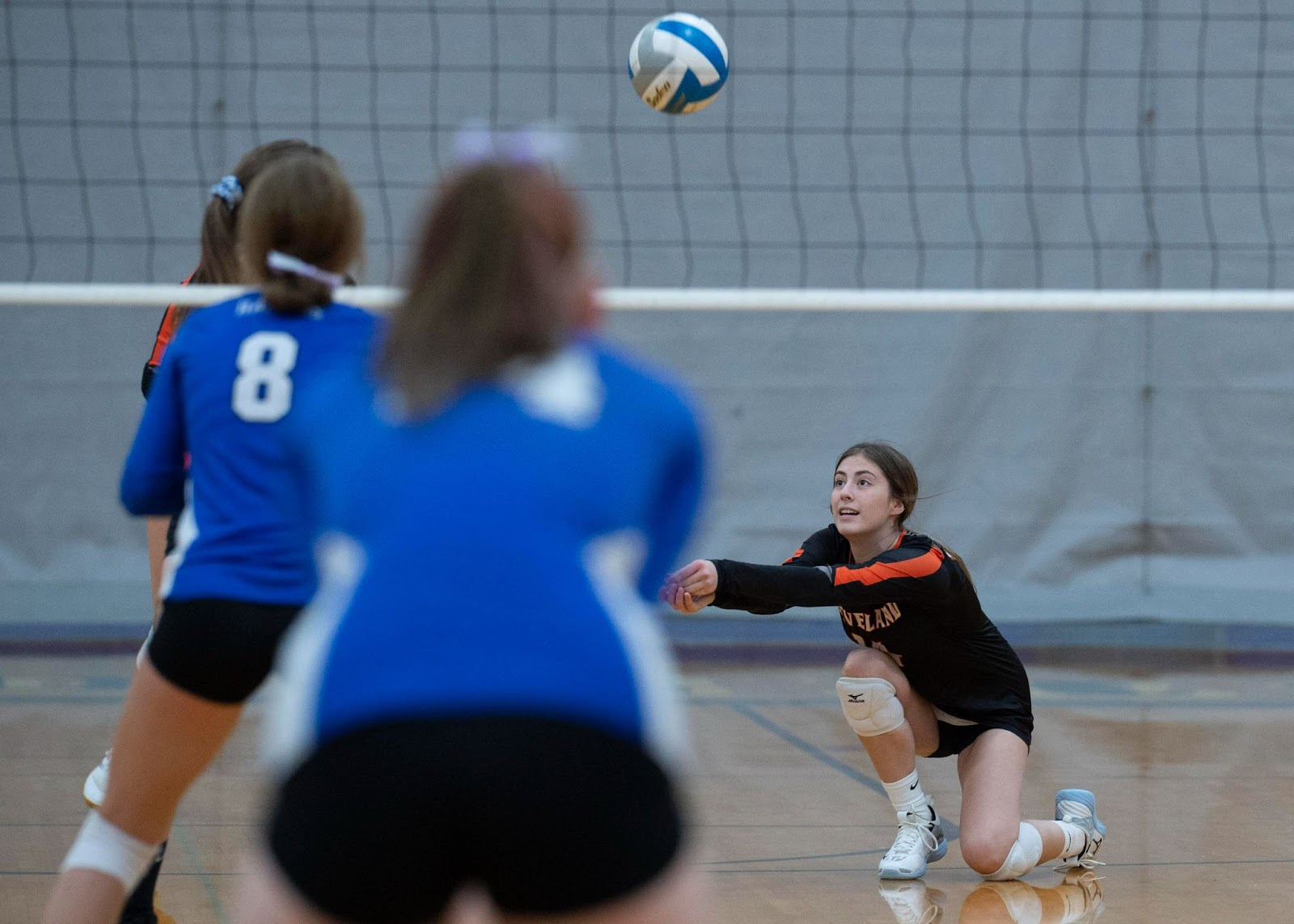 Lacey McCabe on the dig.