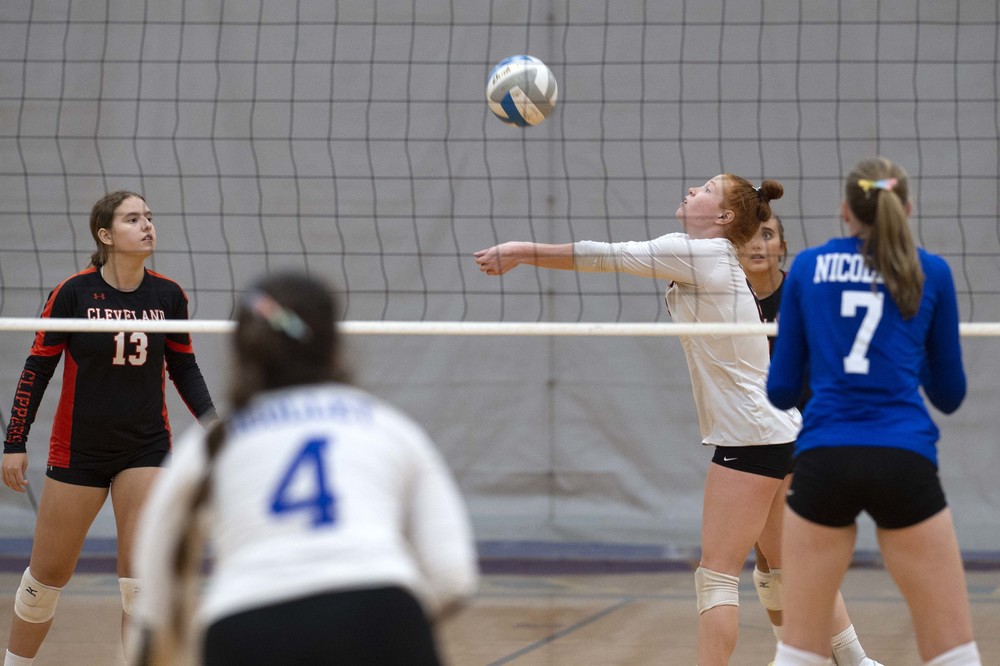 Above: Emma Sweere on the pass.

Rival Nicollet didn’t put up much of a fight in their own gym against the Cleveland varsity girls on Tuesday.

The Clippers easily swept the Raiders 3-0.

“I think the level on our side of the court tonight showed we have had to play some really good teams,” said head coach Dave Nixon. “It’s good to take care of our side of the net, and we did a good job of that tonight.”

The Clippers scored the first dozen points of game one. Down 19-3, the Raiders won seven of the next eight points and then sent a serve into the webbing.

The regulars did a good job getting an early lead so more Clippers could get game experience, Nixon said.

Game two was similar with the Clippers taking a 22-3 lead. Nicollet managed five points down the stretch, but with a Savannah Meyer ace tip, the Clippers triumphed 25-8.

The Clippers scored the first eight points of game three. Nicollet managed to score here and there, but the Clippers won the game 25-9 when the Raiders hit into the net.

The varsity Clippers return to action at home on Tuesday with a match against 1-8 St. Clair. On Thursday, they travel to Trimont to take on Martin County West. The Mavericks beat Valley Conference perennial power Alden-Conger 3-2 back on September 8 but later lost to Madelia.

Madelia has lost to LCWM and Alden-Conger.

On Friday and Saturday, the Clippers play in a tournament in Burnsville. 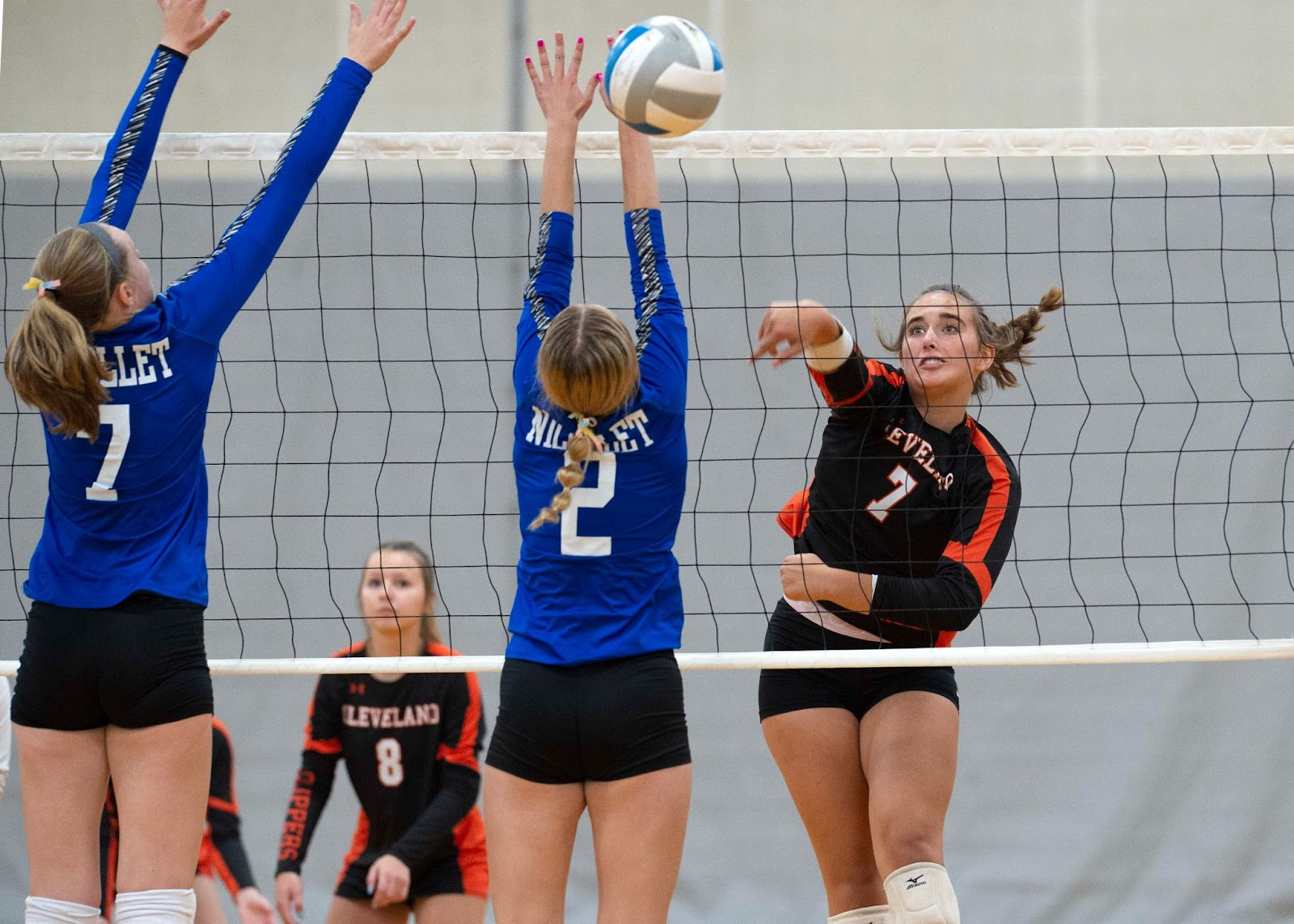 Laci Hollerich goes on the attack. 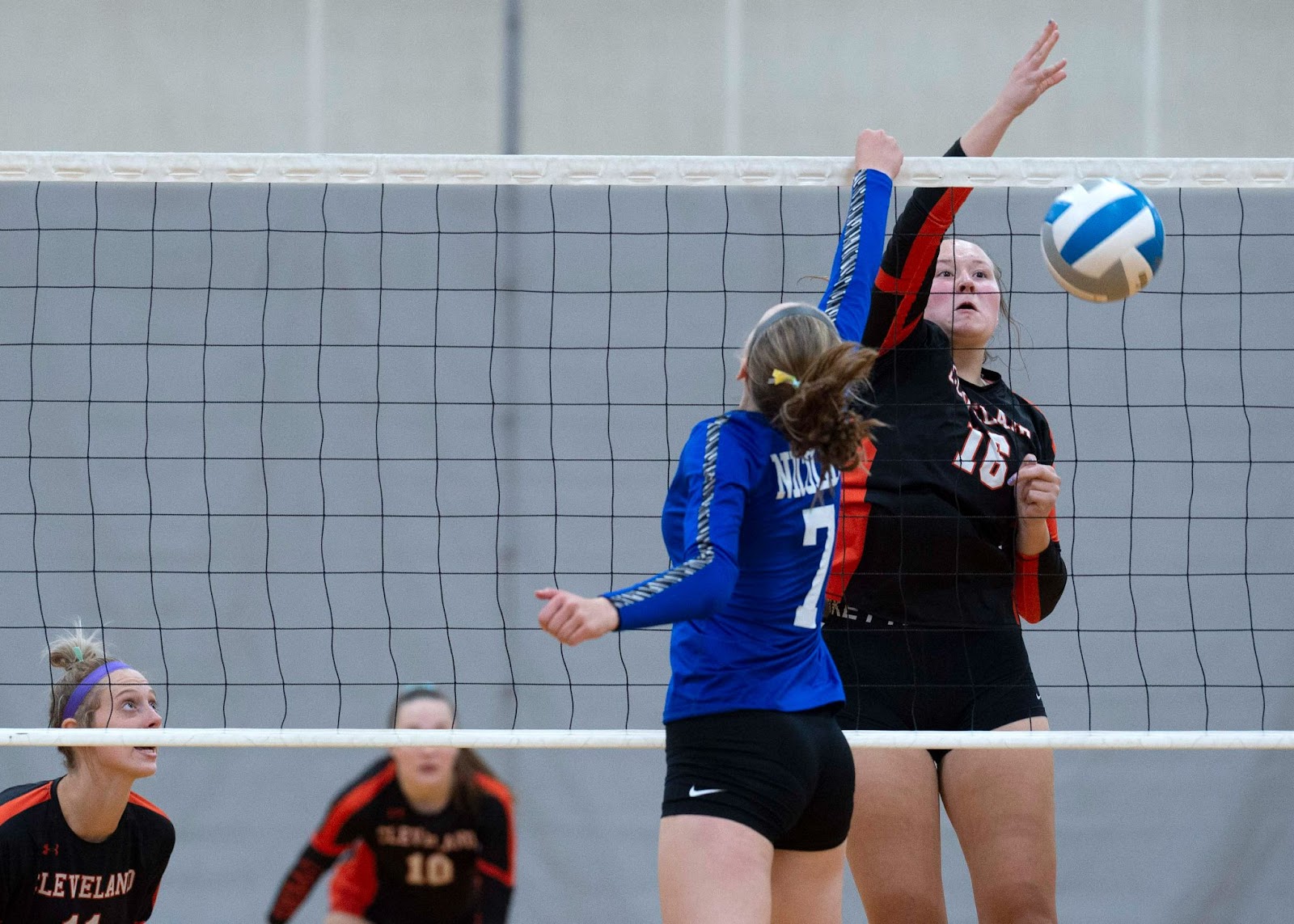 Sarena Remiger pokes down a tip. 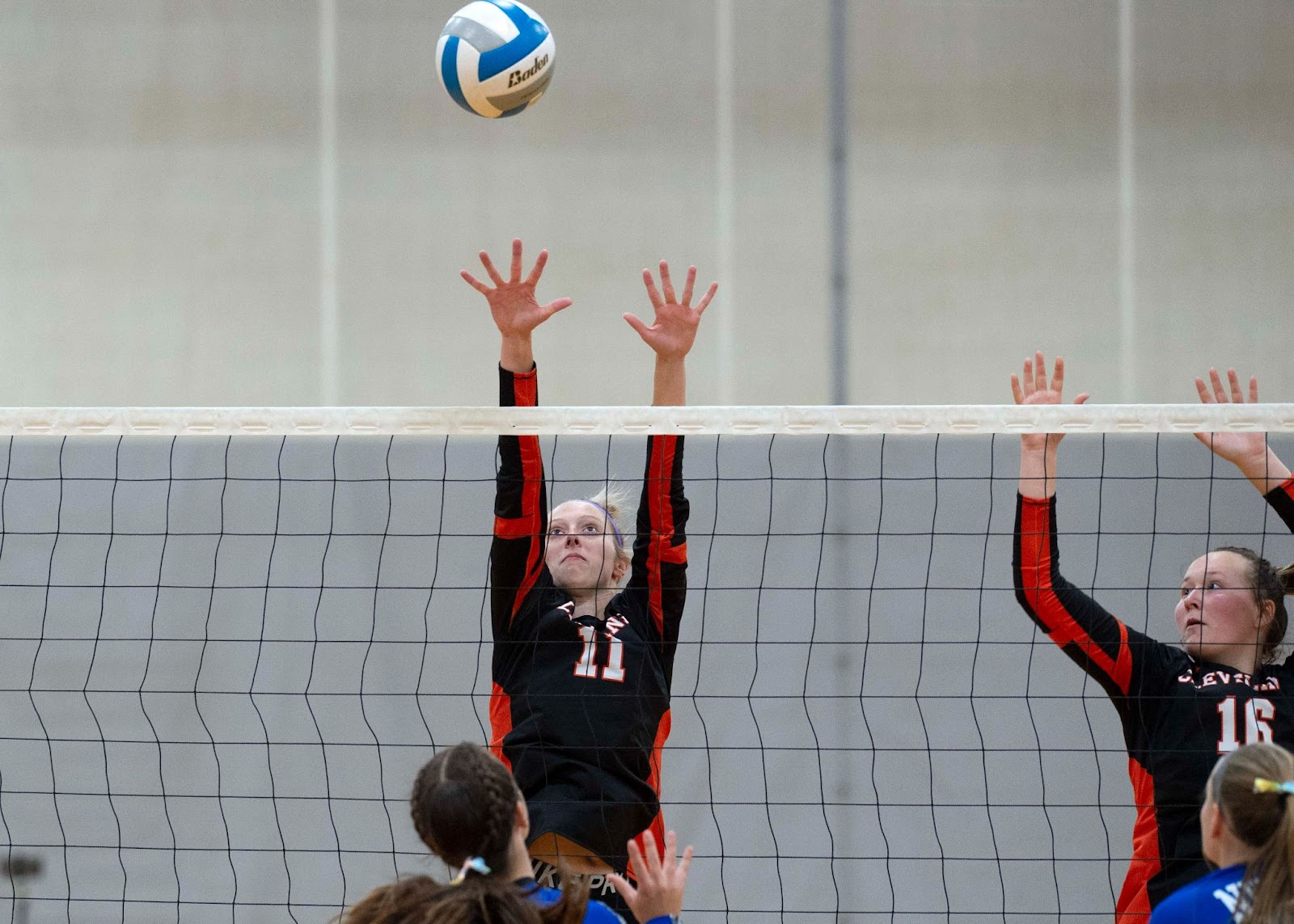 Harley Connor extends for a stop. 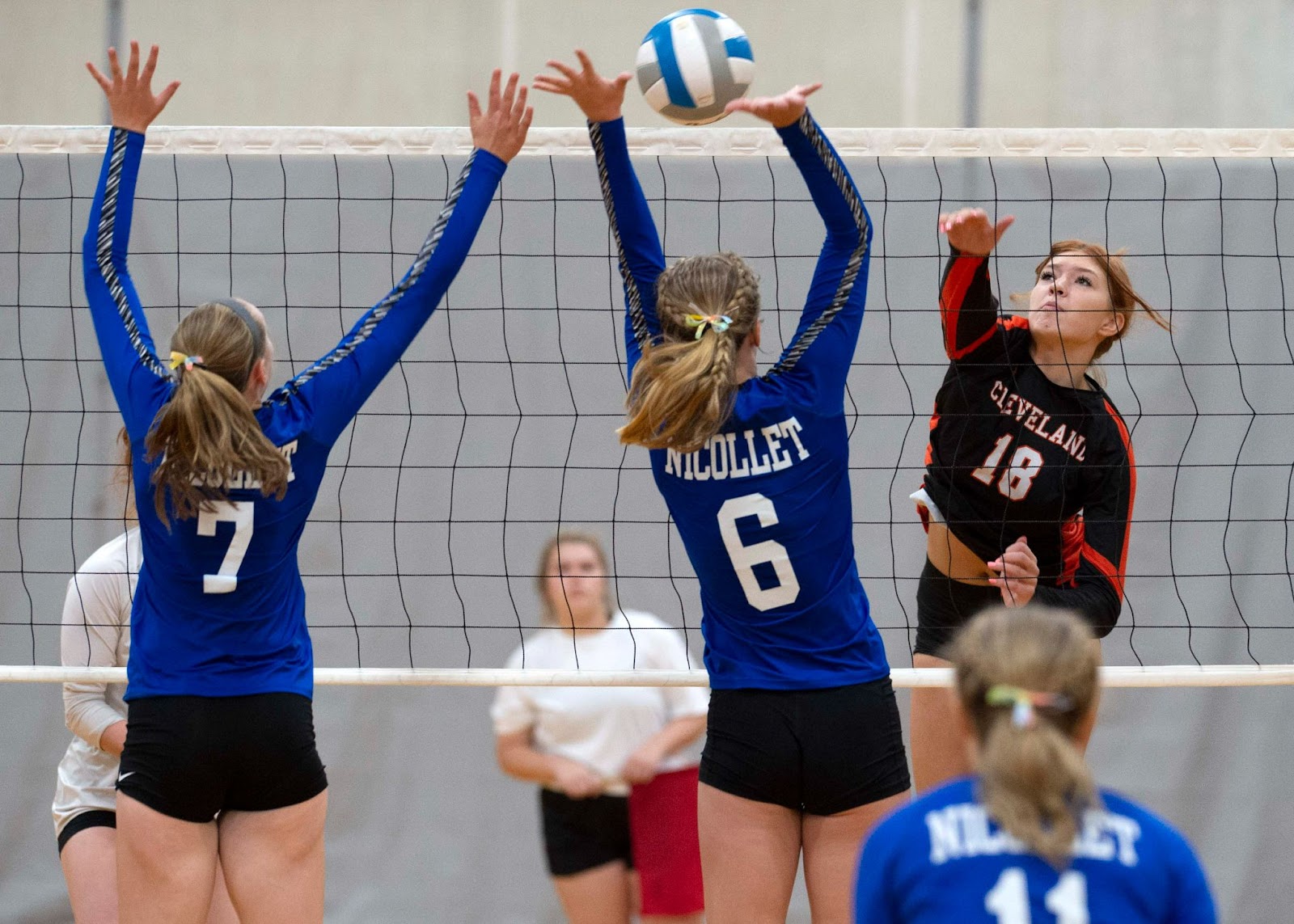 Eighth grader Melia Sathoff follows through after a hit