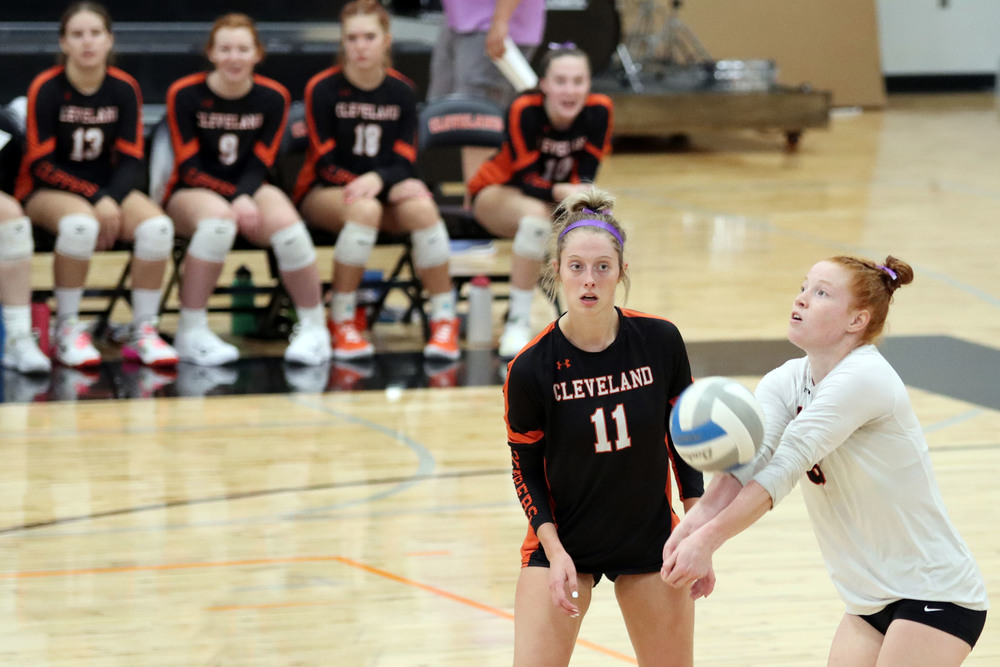 Above: Libero Emma Sweere on the bump. Beside her is Harley Connor. (Photo courtesy of Jeff Sweere)

St. Clair came to town on Tuesday but didn’t give the Cleveland varsity girls too much trouble in a 3-0 sweep.

"We played really well in games one and three and were able to control the tempo for a majority of each of those sets,” said head coach Dave Nixon. “In game two, we made a bunch of errors, including 10 hitting errors and three serving errors. That kept us from getting any momentum going. Our energy was much lower and also not as positive.”

But behind Harley Connor's aggressive serve, the Clippers assembled a six-point run to take a 19-15 lead in game two. That made the difference as the two teams exchanged blows down the stretch.

“We hopefully will execute better offensively the rest of the week,” Nixon said.

The Clippers, now 8-3 overall and 3-0 in the Conference, have another conference match on Thursday when they take a road trip to Martin-County West.

In the it’s-up-for-grabs Valley, the Mavericks recently got swept by LCWM. They beat Alden-Conger, lost to Madelia but defeated ML/GHEC/T.

On Friday and Saturday, the Clippers will compete in the Class A Showcase tournament at the Midwest Volleyball Warehouse in Burnsville. The top eight ranked teams and 10 of the top 11 ranked teams in the state in Class A are playing in this tournament.

“It will be a great test for us but also a great opportunity to face the best teams the state has to offer,” Nixon said. “We will have to execute much better overall this weekend to compete with these teams and need to play with much more energy.” 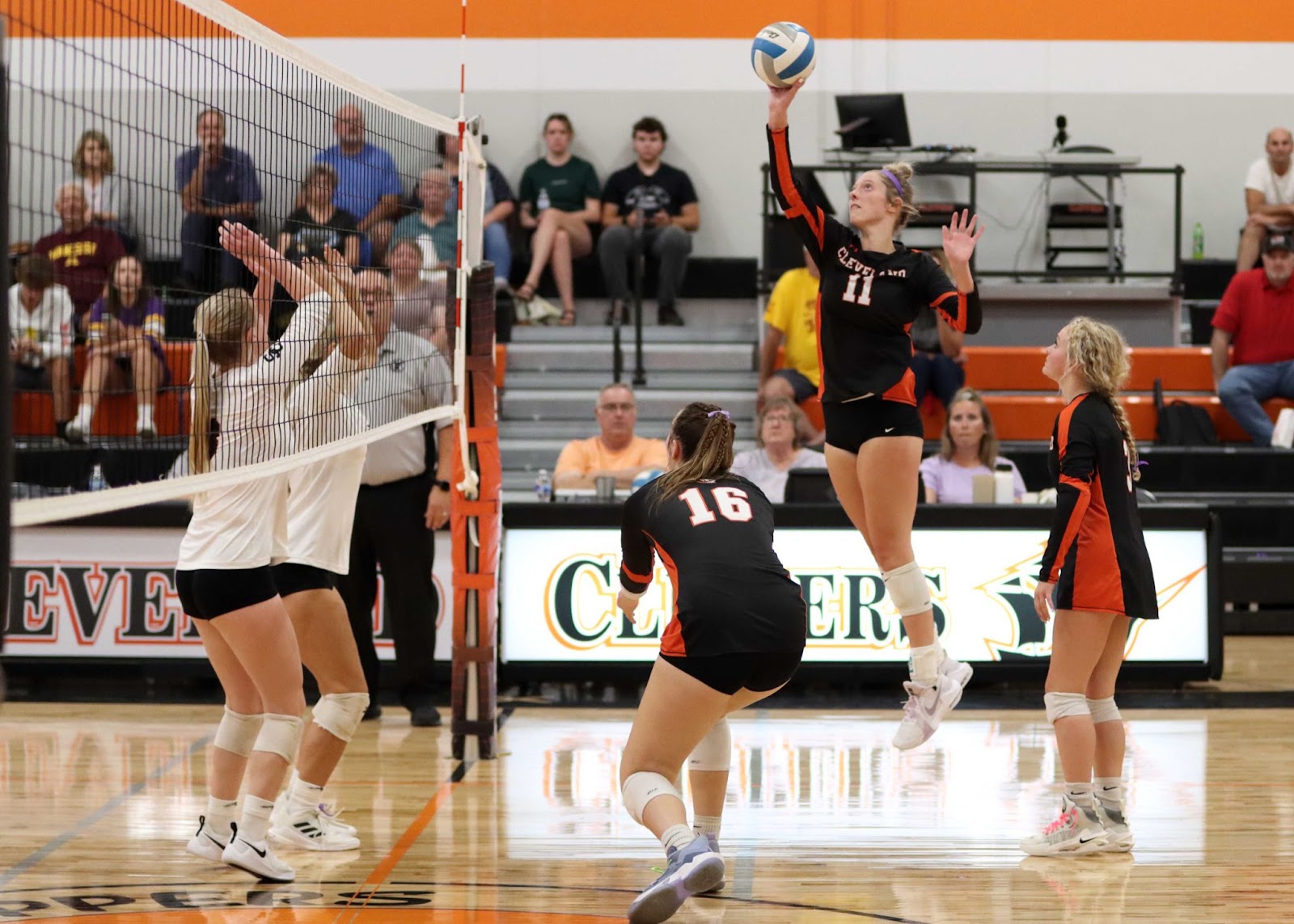 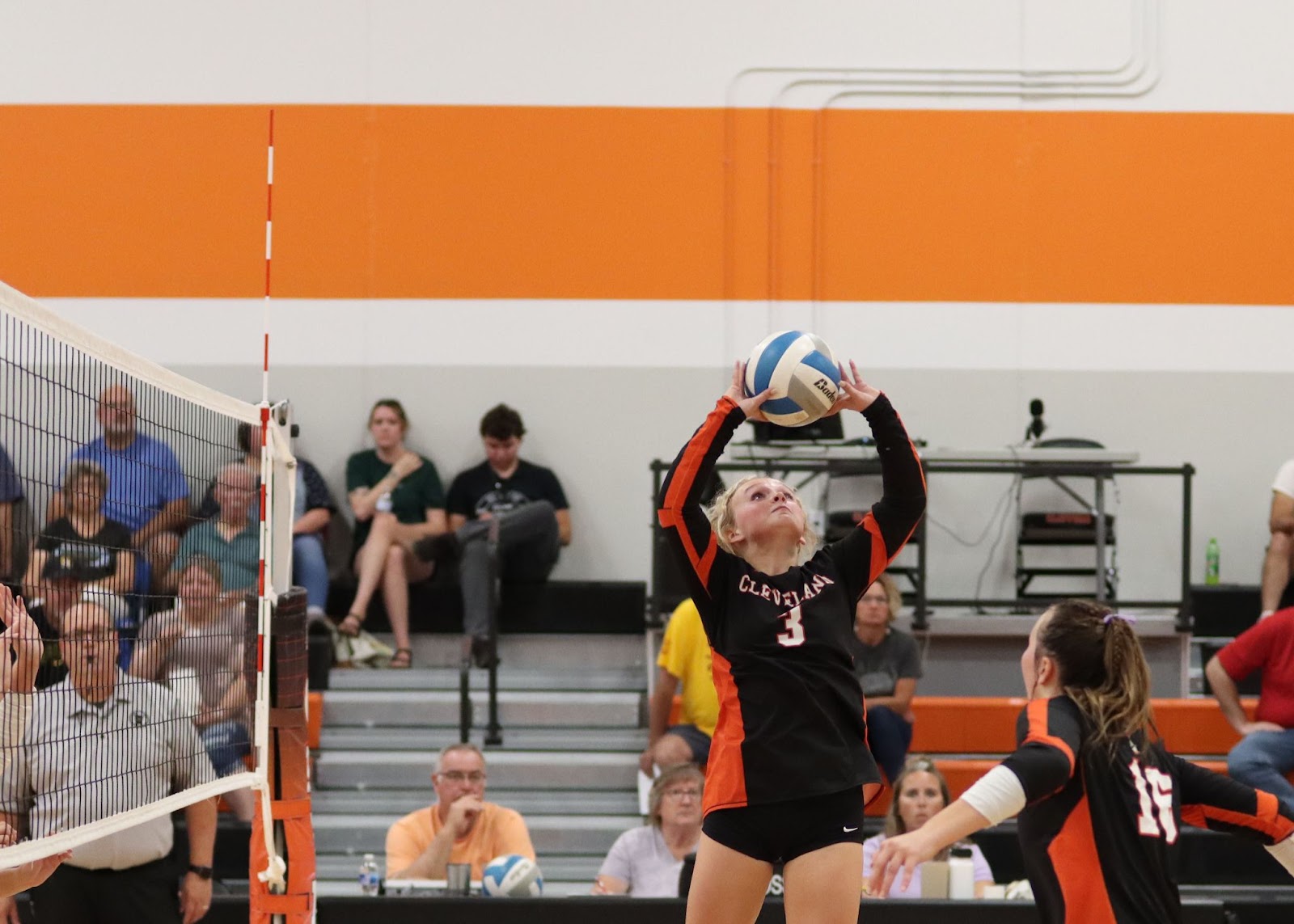 Greta Hahn on the set. (Photo courtesy of Jeff Sweere) 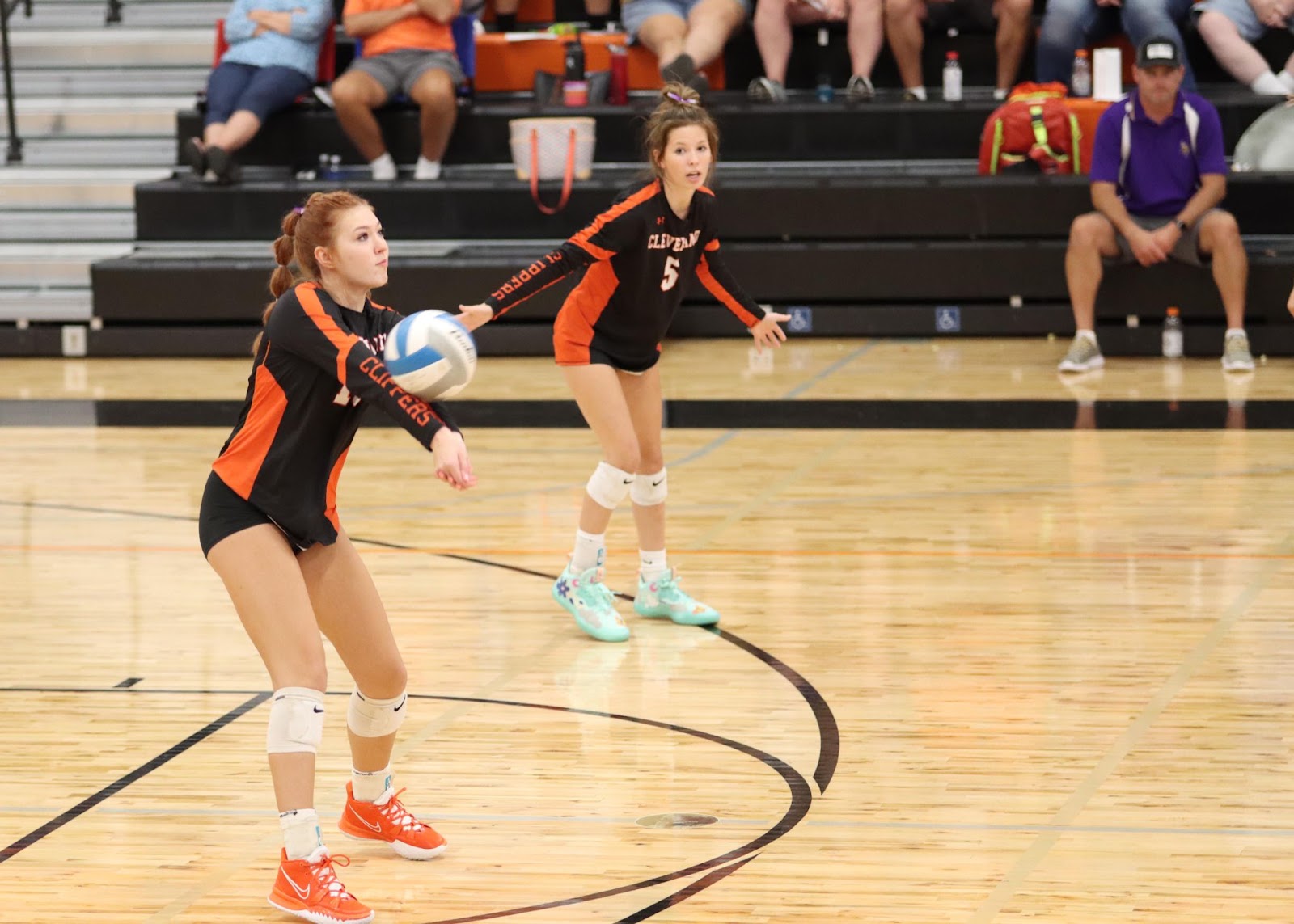 Melia Sathoff props up a Cyclone serve. Beside her is Jersey Kelley. (Photo courtesy of Jeff Sweere) 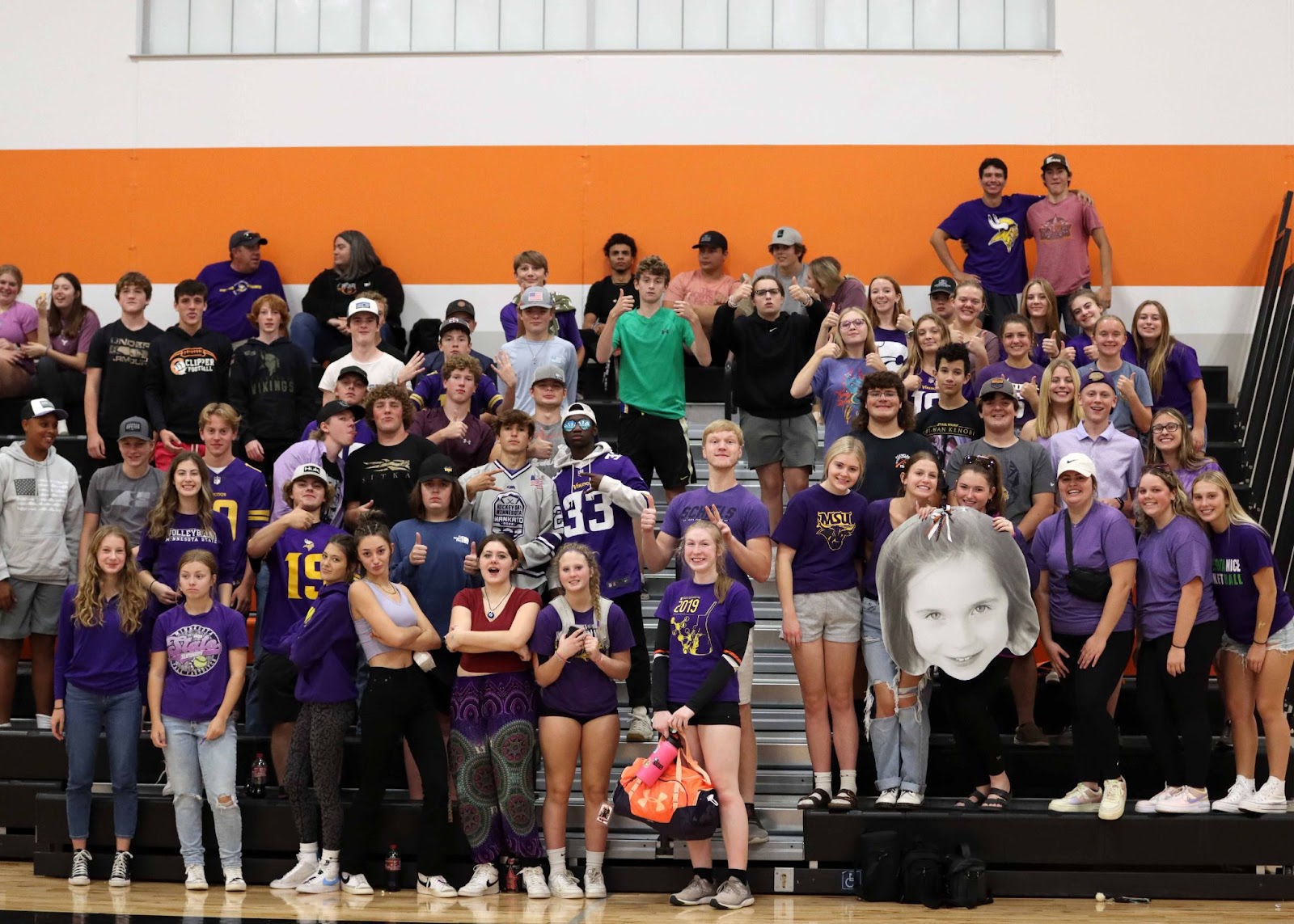 The student section wore purple in honor of Gabriela (Gabi Hebl), a St. Clair student from Madison Lake who was killed in a tragic motor vehicle accident on September 13. Purple was her favorite color. (Photo courtesy of Jeff Sweere) 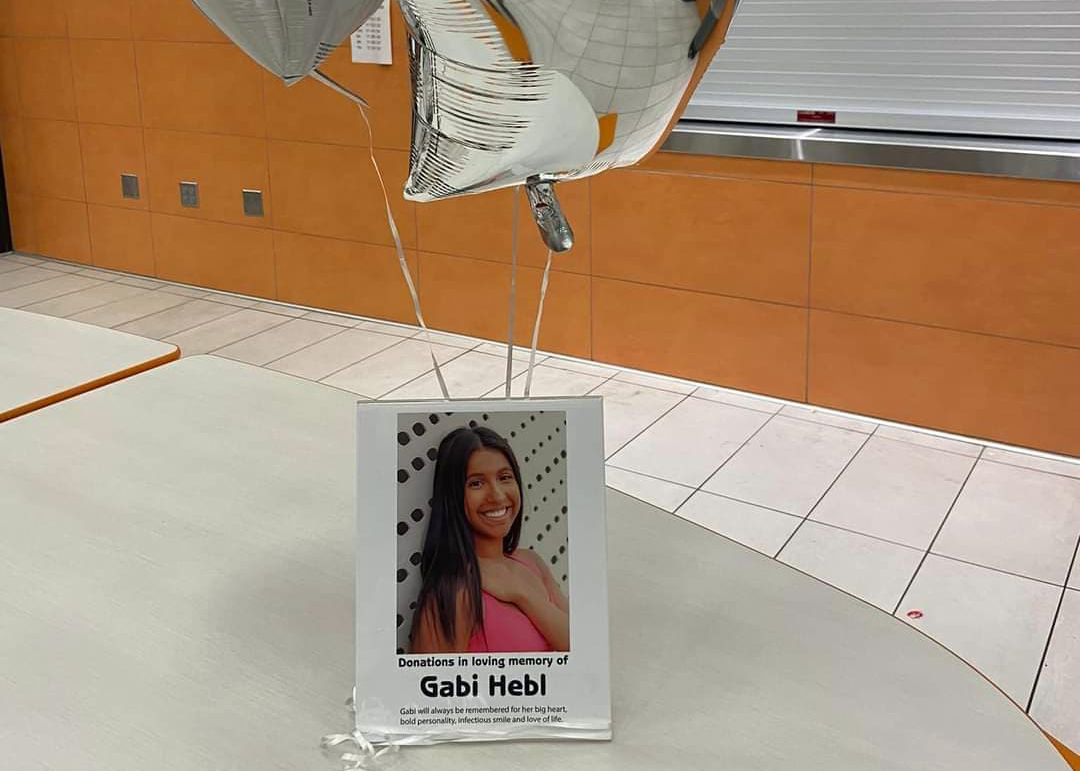 In the commons in front of the gym was a box for donations to Hebl’s family. (Photo courtesy of Hanna Marzinske via Carrie Zeldenrust)