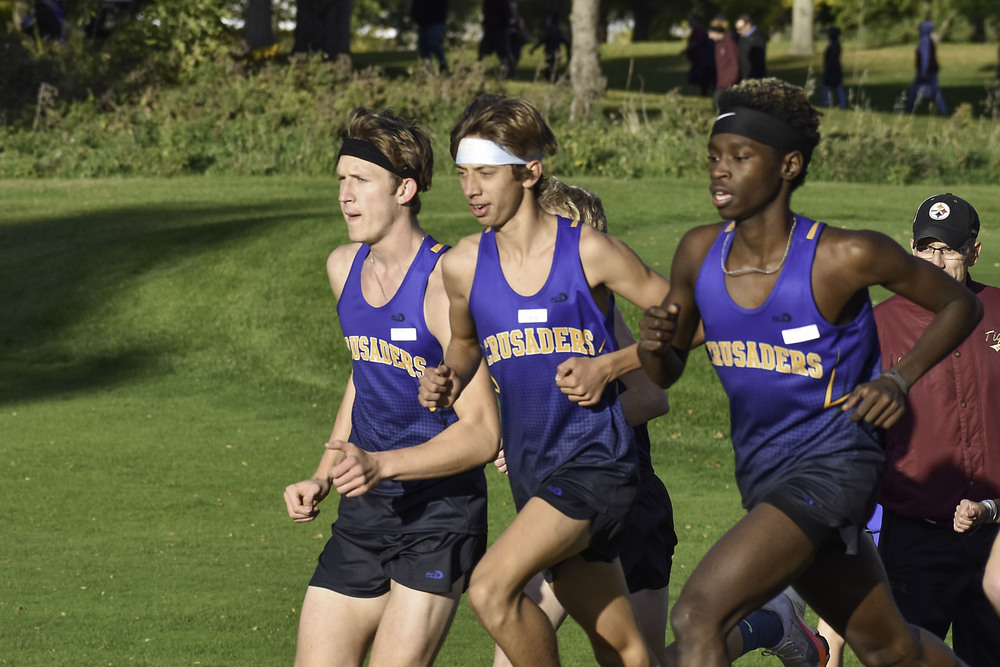 On a roll, the Loyola/Cleveland boys team won the Sleepy Invitational Meet on the Sleepy Eye golf course on October 6.

The Crusaders have now won five of their six meets this season with the only loss coming at the TCU invitational week two when they raced against some tough AA schools.

“We have been getting stronger all season and our times are continuing to drop,” said head coach Dale Compton. “With the end of the season approaching, it's nice to see us getting healthy and finishing strong at the right time.”

Soren Kelly ran very well at Sleepy Eye, leading the way for the Crusaders with his best time of 17:19 for 4th place overall and 19 seconds behind the winner of 100 runners.

Not far behind was Nathan Strobel running a strong race to finish in ninth place with a 17:31 completion.

On the girls side, the Crusaders ran a complete team for the second time this season. Led by freshman Molly Koester (7th place, 21:57), the girls team finished in 8th place. The best time of 81 runners was 20:12.

The cross-country runners return to action on Thursday with a meet on the Madelia golf course.

At the NRHEG Invitational held at Riverview Golf Course in New Richland on September 20th, conditions were hot and humid, affecting the times.  But the Loyola/Cleveland boys put together another nice team effort to win their fourth meet of the season.

Running their course on the Loyola hill on September 16th, the varsity boys were 1st of six teams. Martin Luther/GHEC/Truman was 2nd. TCU was 3rd. NYA was fourth, MCW was 5th, and St. Peter took 6th.

A minute and 14 seconds behind the winner, Strobel finished 3rd overall among the 64 runners and best for the Crusaders with a 17:48.6.

The Loyola/Cleveland boys won the Class A portion of the NYA Lions Invitational on September 13 and took fifth overall against some tough AA schools.

“Race conditions were good and our team ran well on a beautiful course at Baylor Park,” Compton said. “We were down one runner tonight on varsity but the rest of the guys stepped up.”

“Our girls had good races today despite our small numbers,” Compton said. “We have yet to field a complete girls team but are hoping to get a few of our injured athletes back soon.”

It was another solid performance for the Crusader JV and junior high runners. Rossow and Waldron led the way for our JV boys and their 4th place finish.

It was a hot one on the Montgomery National golf course for the Gerry Smith Invite on September 8, and host TCU changed the start time to accommodate for the high temps.

The Crusader boys finished a respectable 6th of 28 teams. There were 180 runners, and the winning time was 15:36.9

“Our team put forth some good efforts against some very tough competition tonight,” Compton said. “We were happy with all of our efforts and are looking forward to next week when we host the Crusader Invitational.” 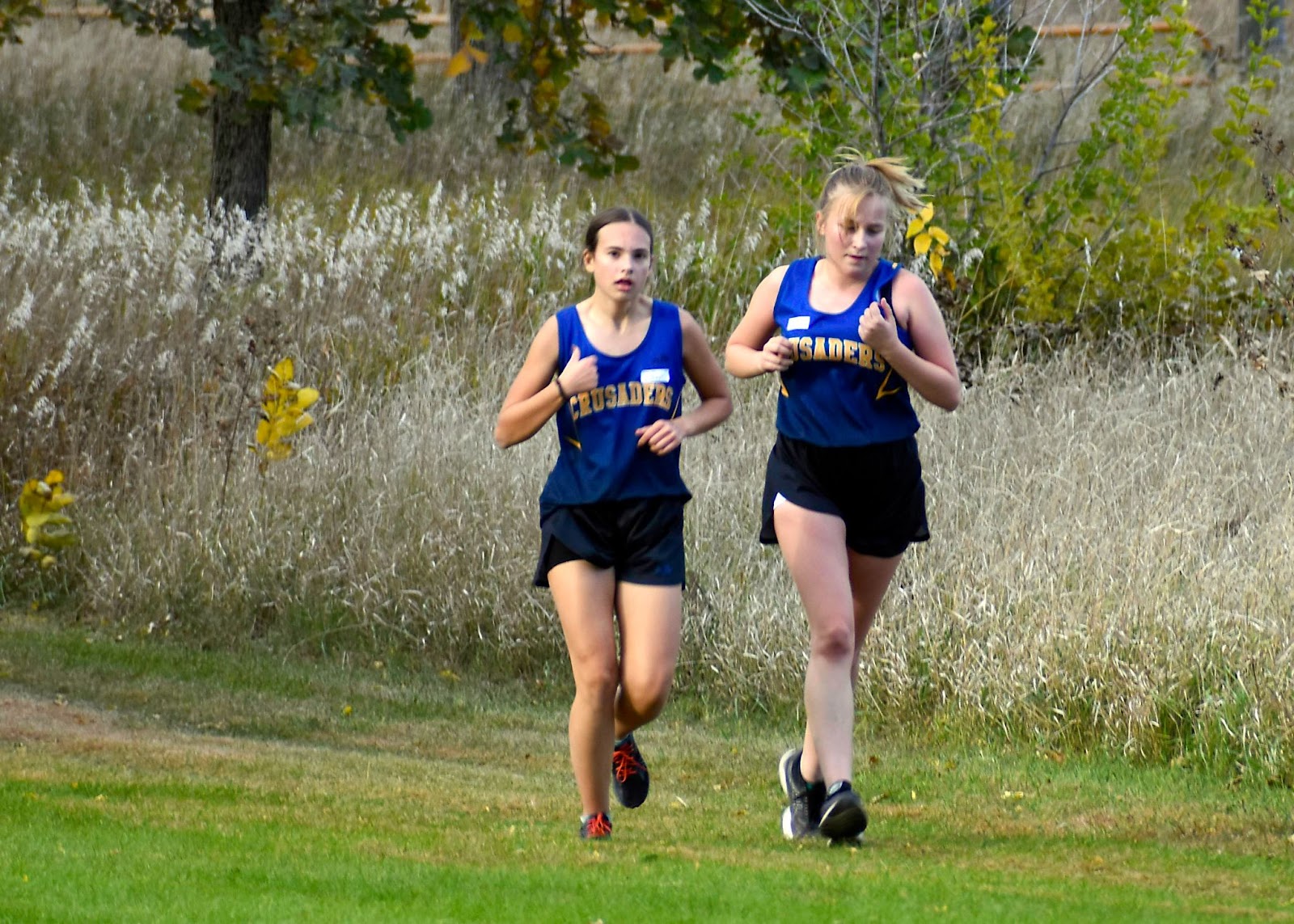 Jewell Factor and Cora Koester on the Sleepy Eye course. 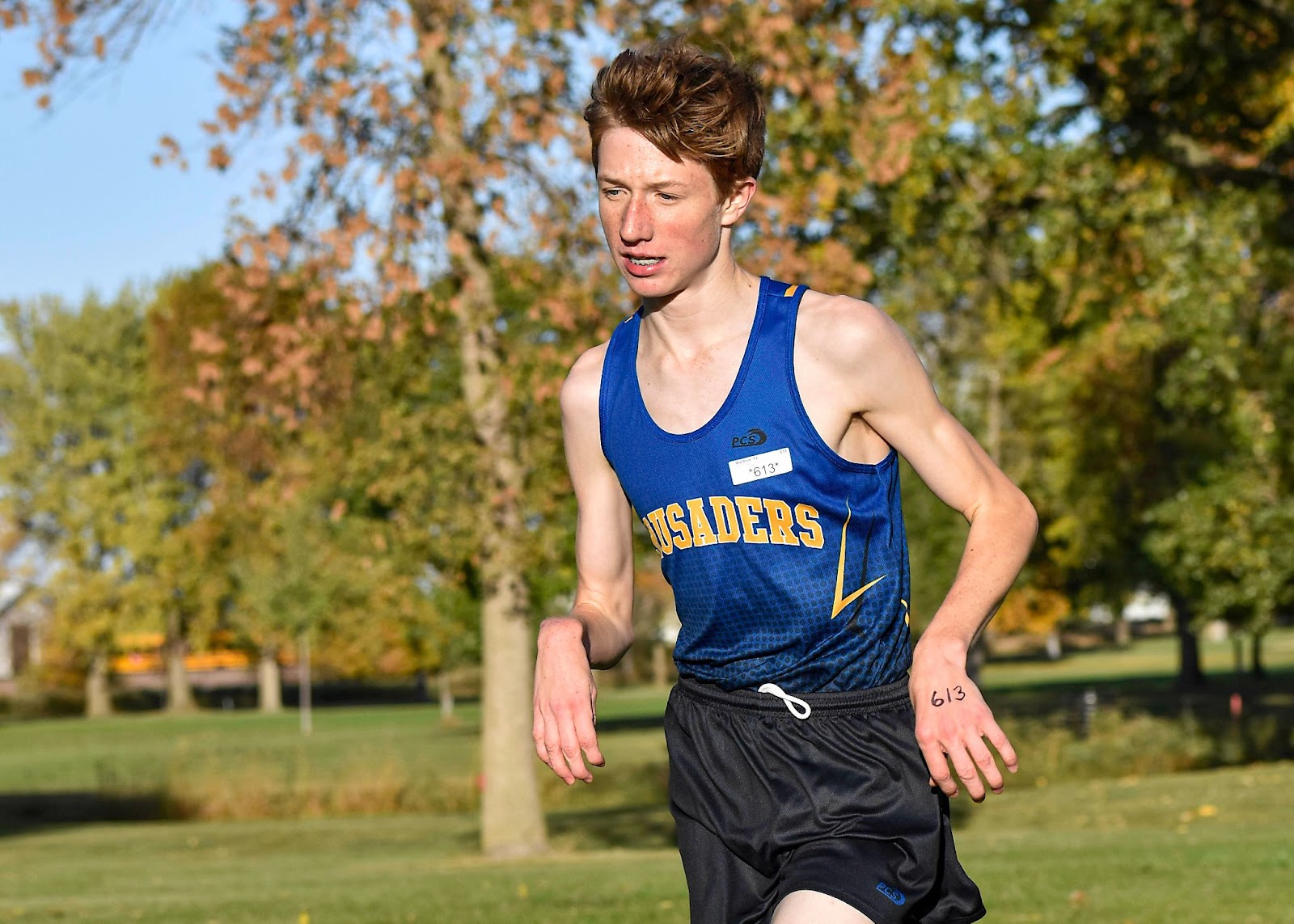 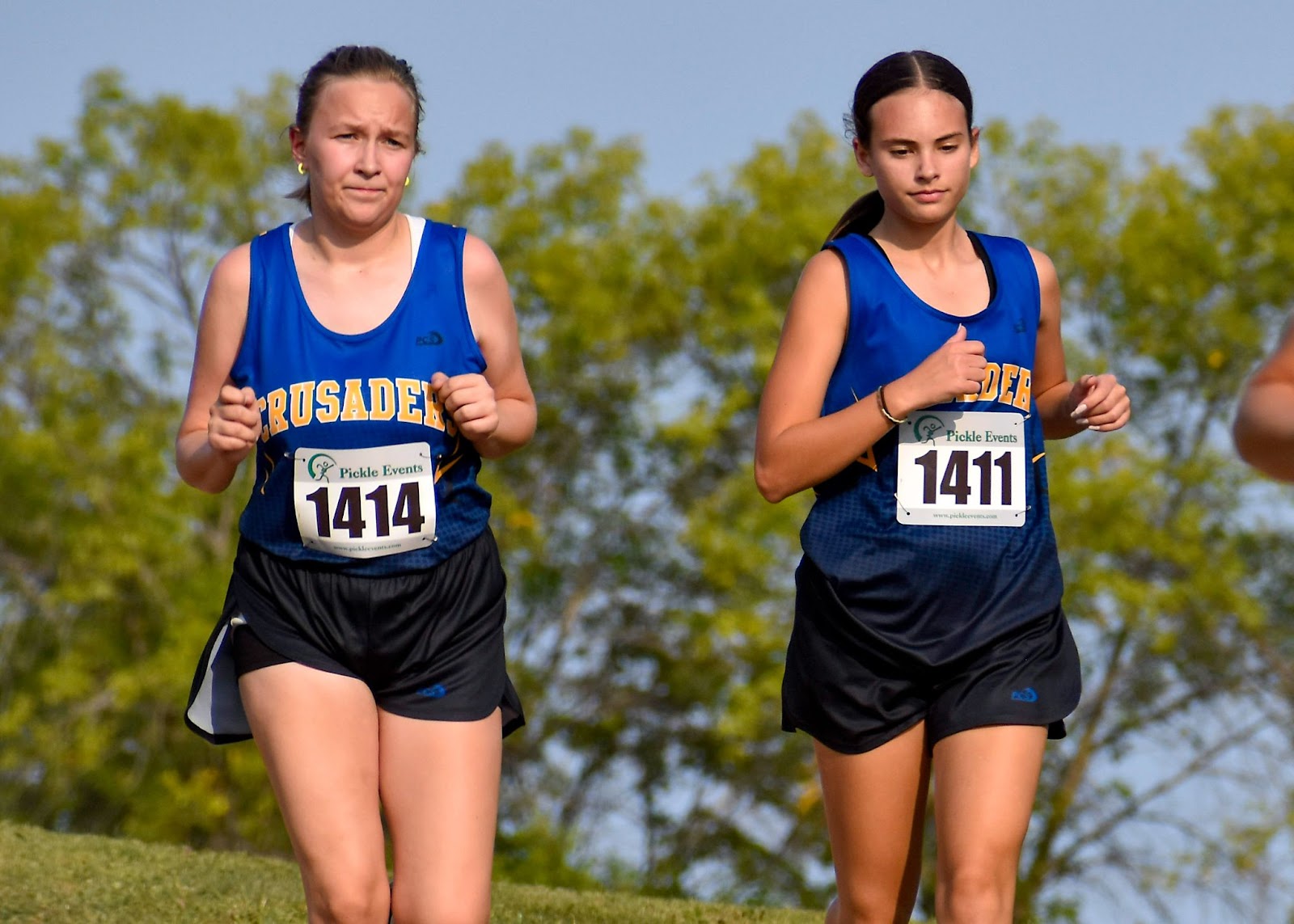 Jewell Factor and Cora Koester run side by side on the Baylor Park course near Norwood. 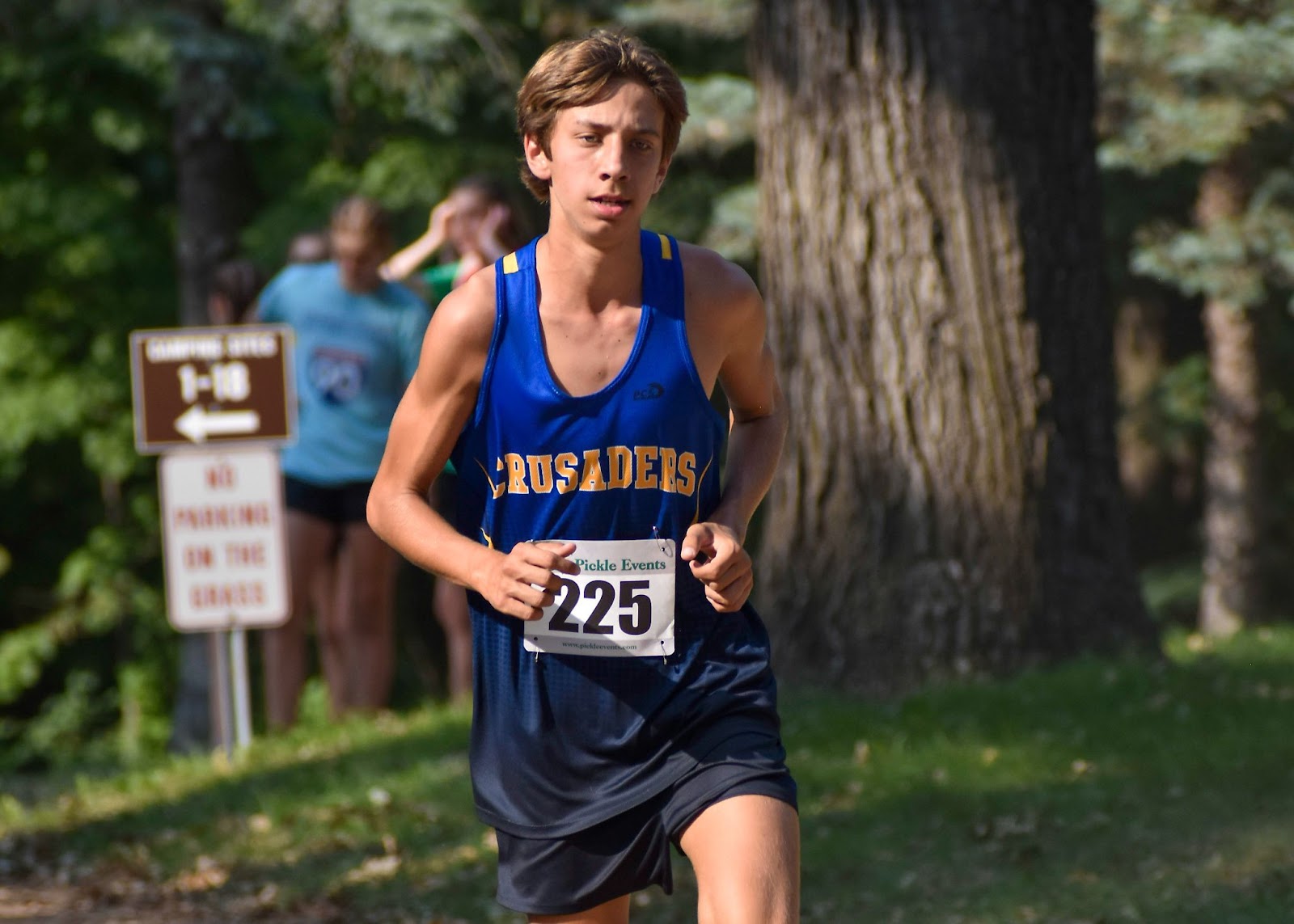 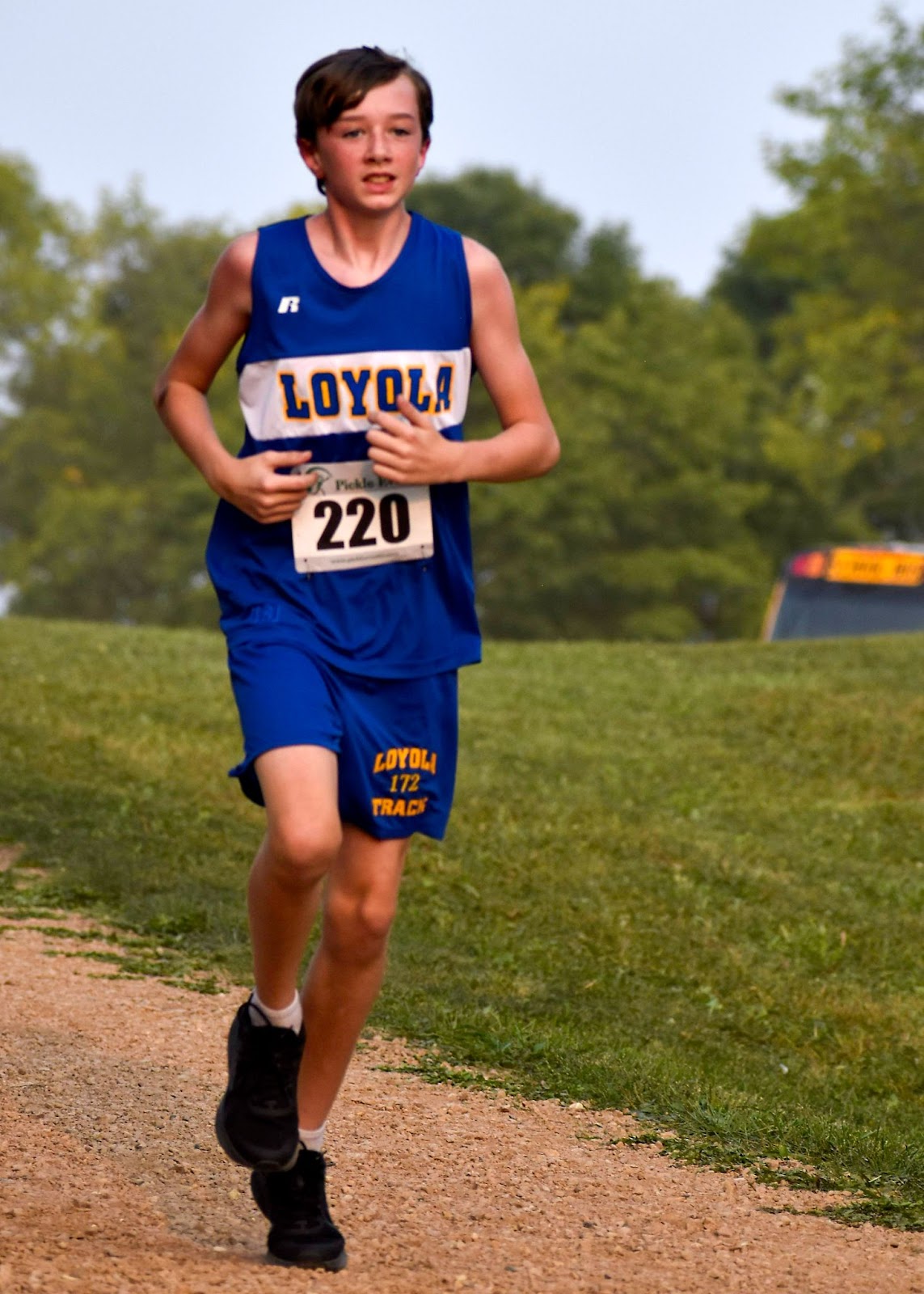 Jax Leagjeld on the course near Norwood. 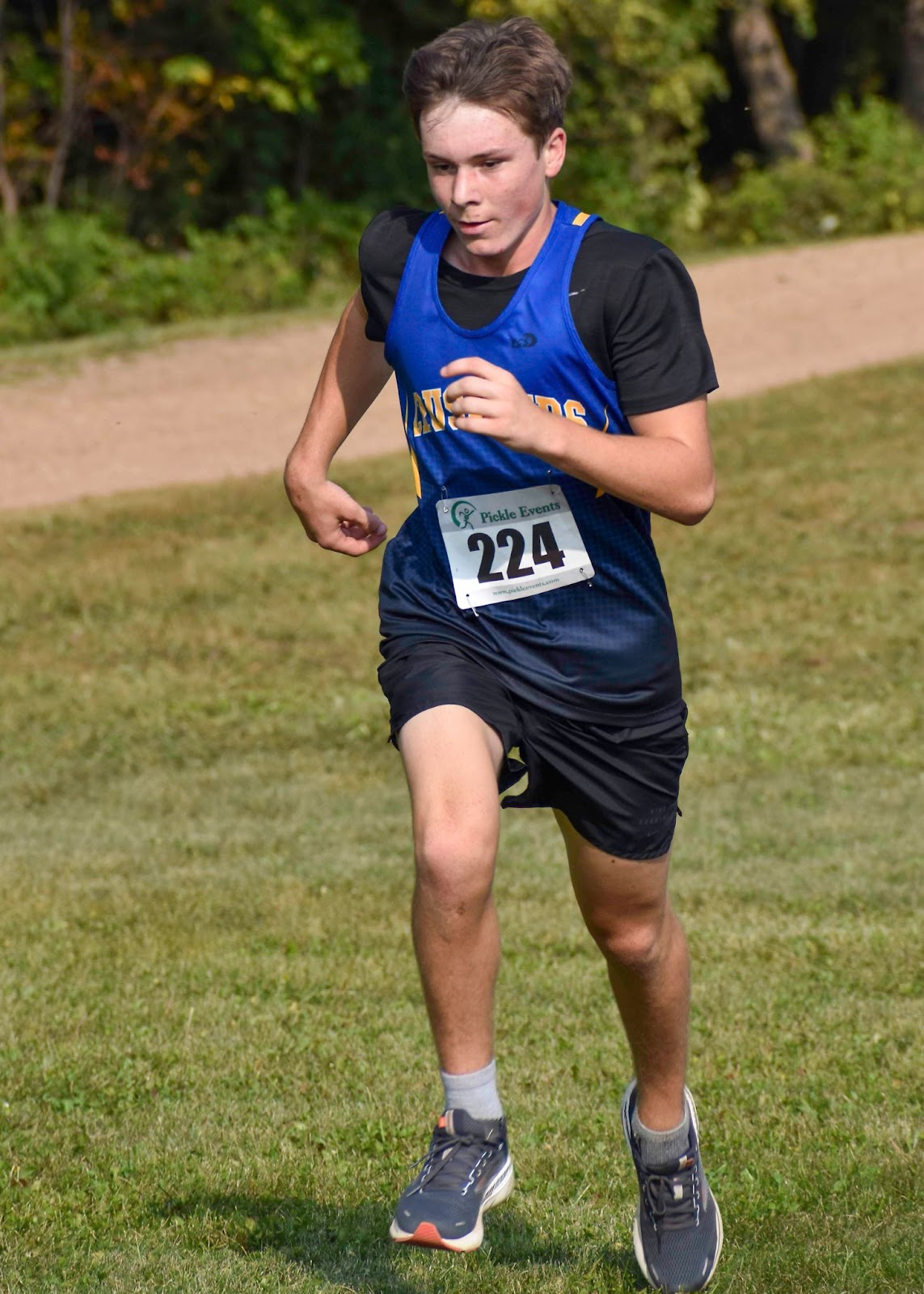 Thayne Remiger on a path at Norwood’s Baylor Park. 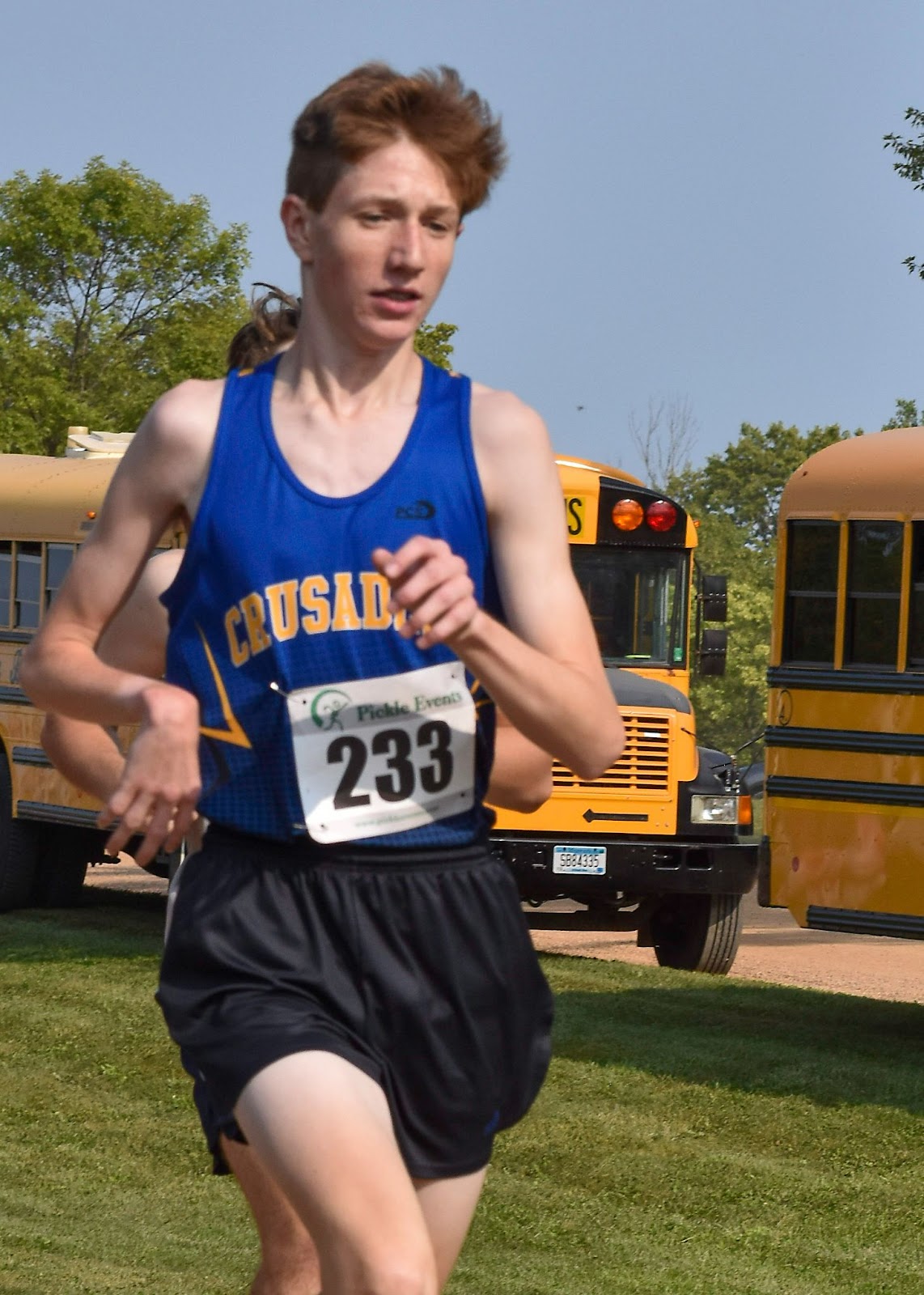 All photos courtesy of Dale Compton.