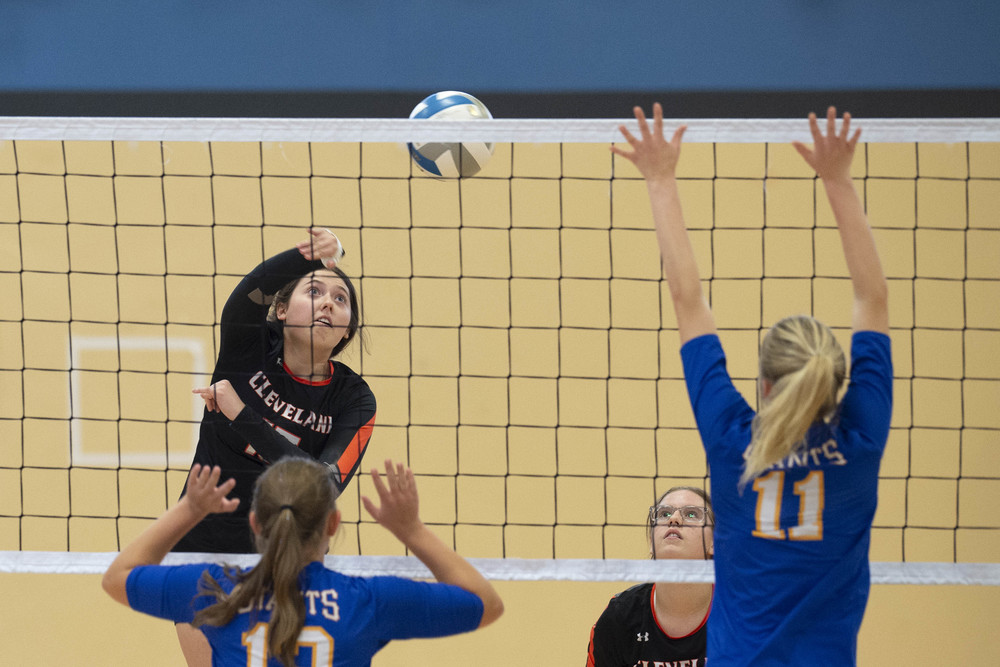 In an uneven effort on the Le Sueur floor on Monday, the Clipper B/JV girls fell in a close 2-1 battle, but they ended their season on an uptick a day later by topping visiting Madelia.

After decisively winning game one over Le Sueur-Henderson 25-14, the Clippers started out well in game two. With a Joselyn Bartell attack and a Sophie Perkins ace serve in the mix, the Clippers were in front 5-0.

But the Giants scored 11 of the next 14 points. Later, Addi Holden (above) swung for a kill, and Mariah McCabe lasered a hit that stayed just inside the left line. When LSH served into the net, it was all even at 17.

A Perkins kill knotted the game at 18, and a Lacey McCabe kill tied the game at 19, but the Giants strung together a kill and a pair of ace serves to go in front 22-19 before getting flagged for four hits.

But after the Clippers jettisoned a hit out of bounds, the Giants dropped in a couple of ace serves for the triumph.

The Clippers had an anemic start to the rubber game with no winners and trailed 9-4 before the Giants errored twice and then came back with a kill for a 10-6 advantage.

But a hit out of bounds was a start of a six-point Clipper run. Olivia Shouler served up a trio of ace serves, and with a couple of double hit infractions on the Giants and a hit into the mesh, the Clippers were suddenly up by two, 12-10.

From there, the Clippers errored twice. The Giants biffed twice too, but then came up with a kill. After the Clippers couldn’t coordinate a return, it was even at 14.

The Giants hit a hard shot deep on the Clipper side of the court for a point but sent the ensuing serve out of bounds. That sequence repeated for a 16-16 tie before the Giants dropped a soft hit into a vacant slot of Clipper floor and then came up with a deep serve that the Clippers let descend to the floor for an 18-16 loss. 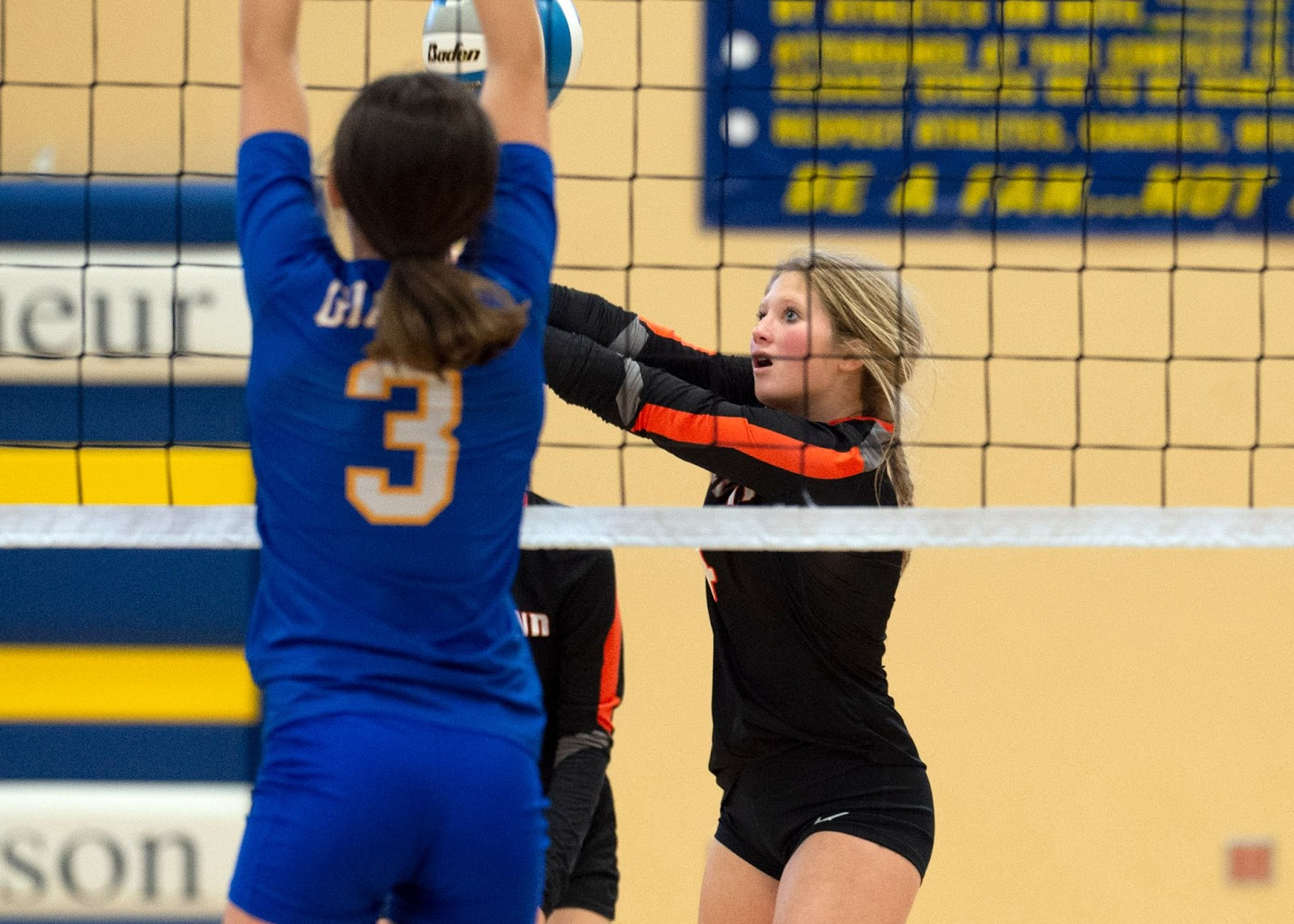 Kamryn Lindsay twists an over. 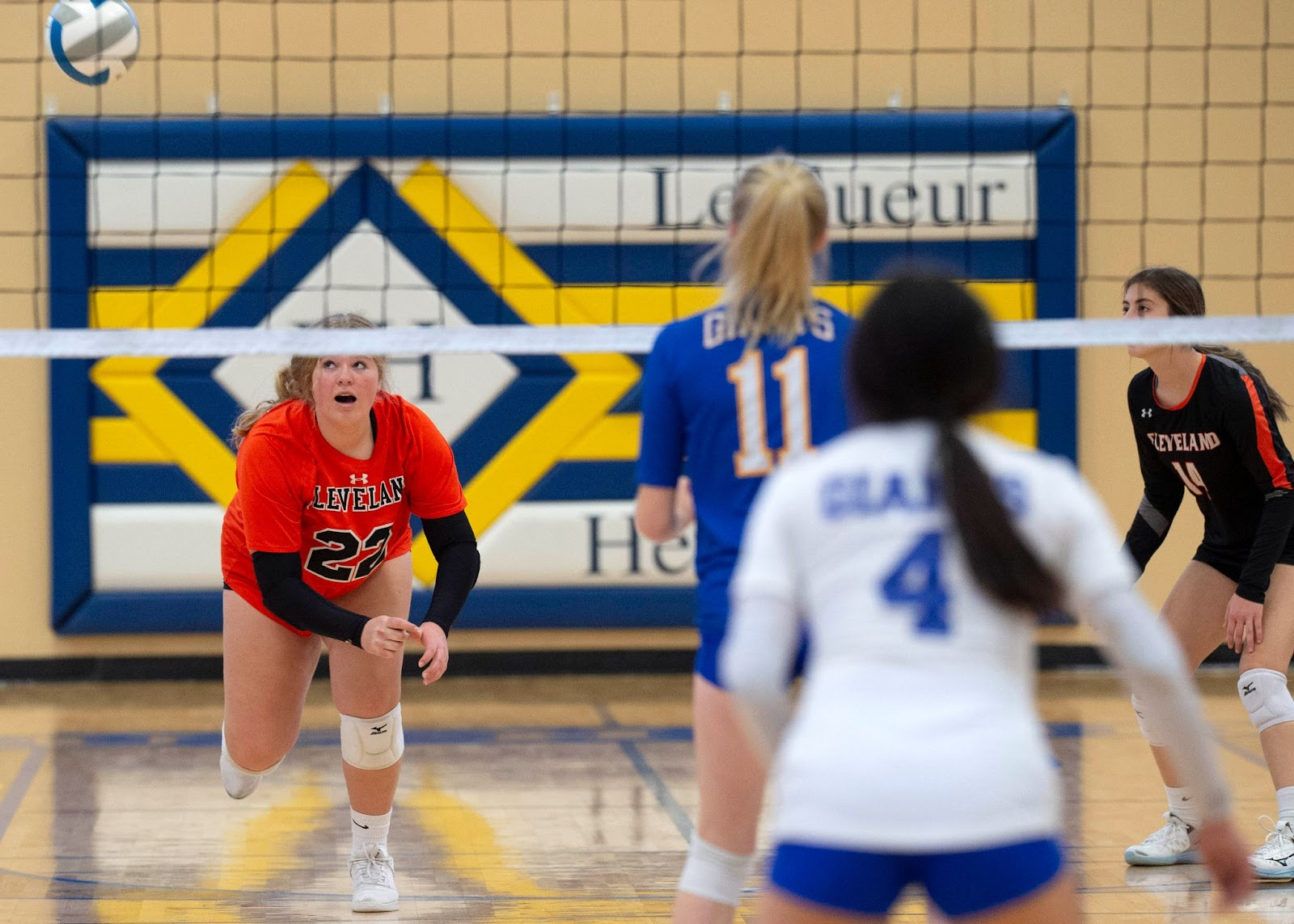 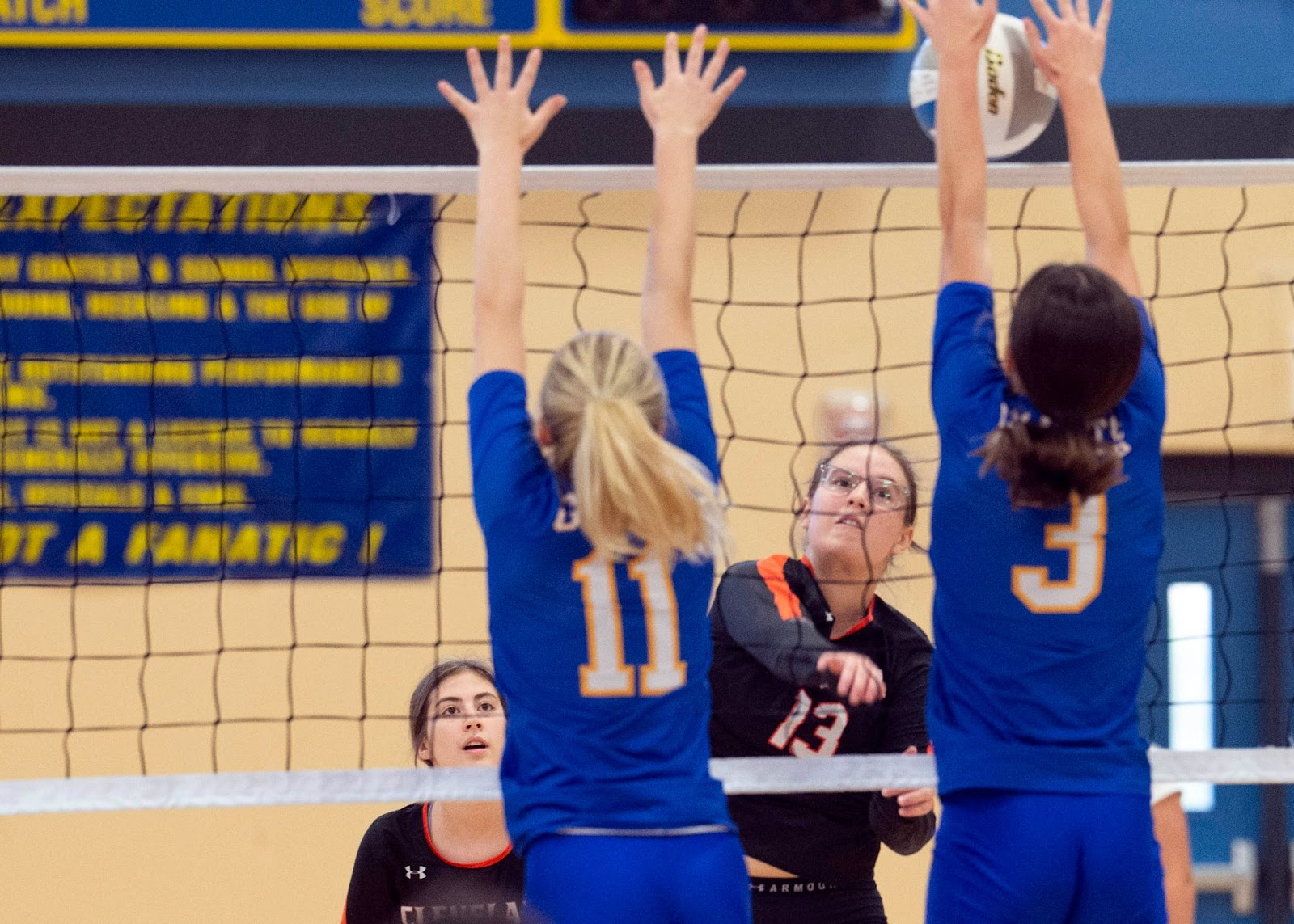 Sophie Perkins goes on the attack. 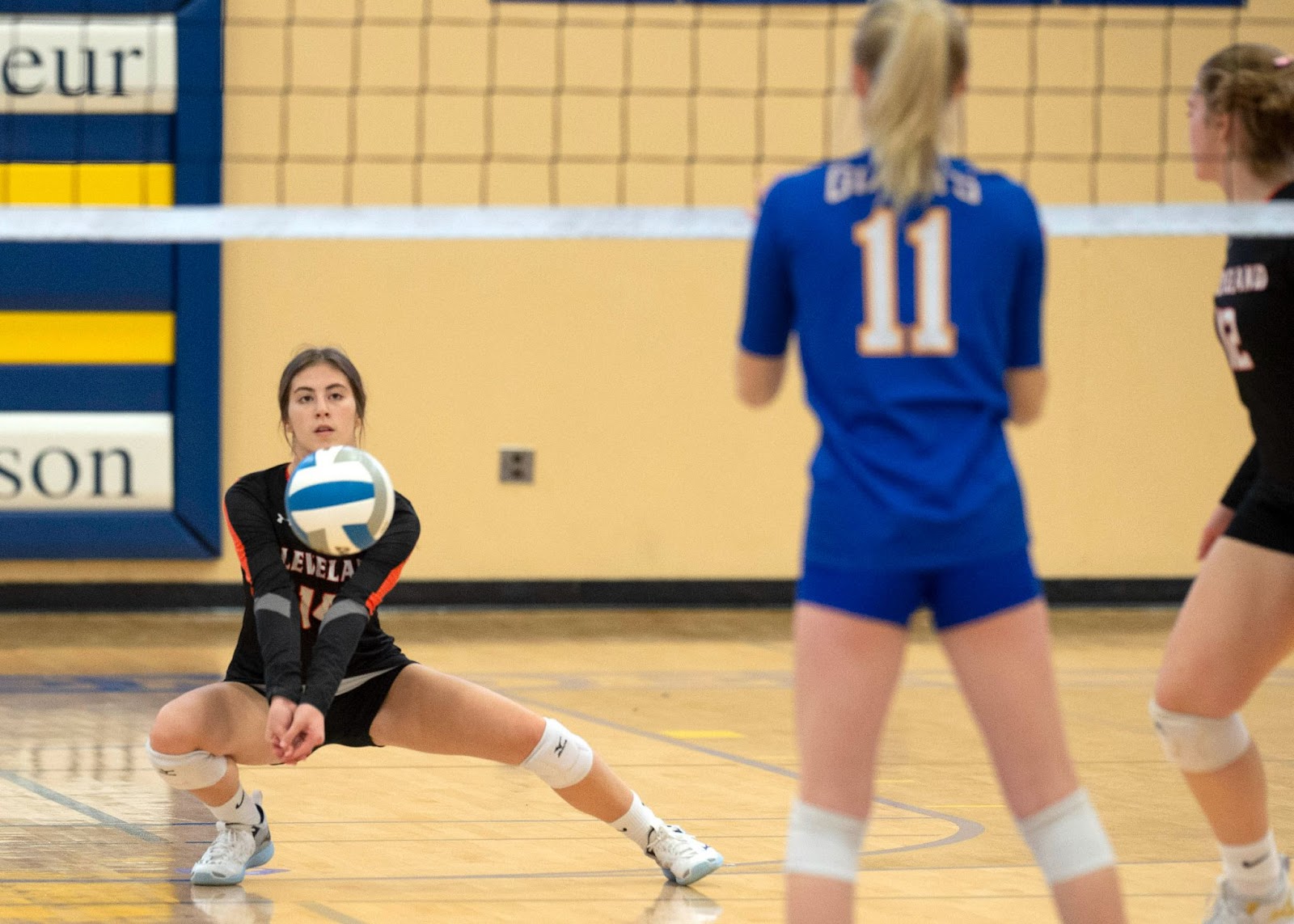 Lacey McCabe scoops in the back row. 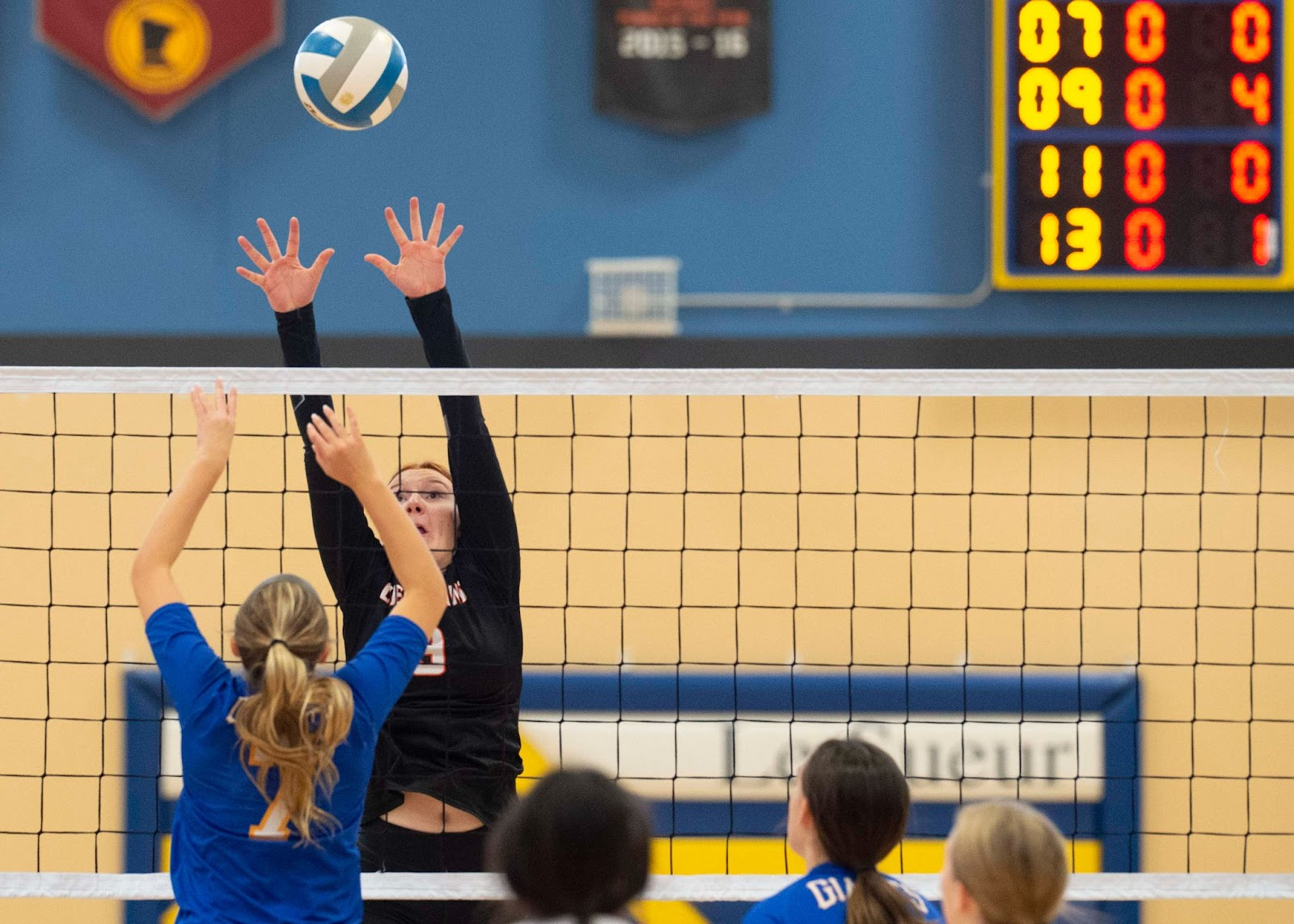 Jocelyn Bartell goes up for a block. 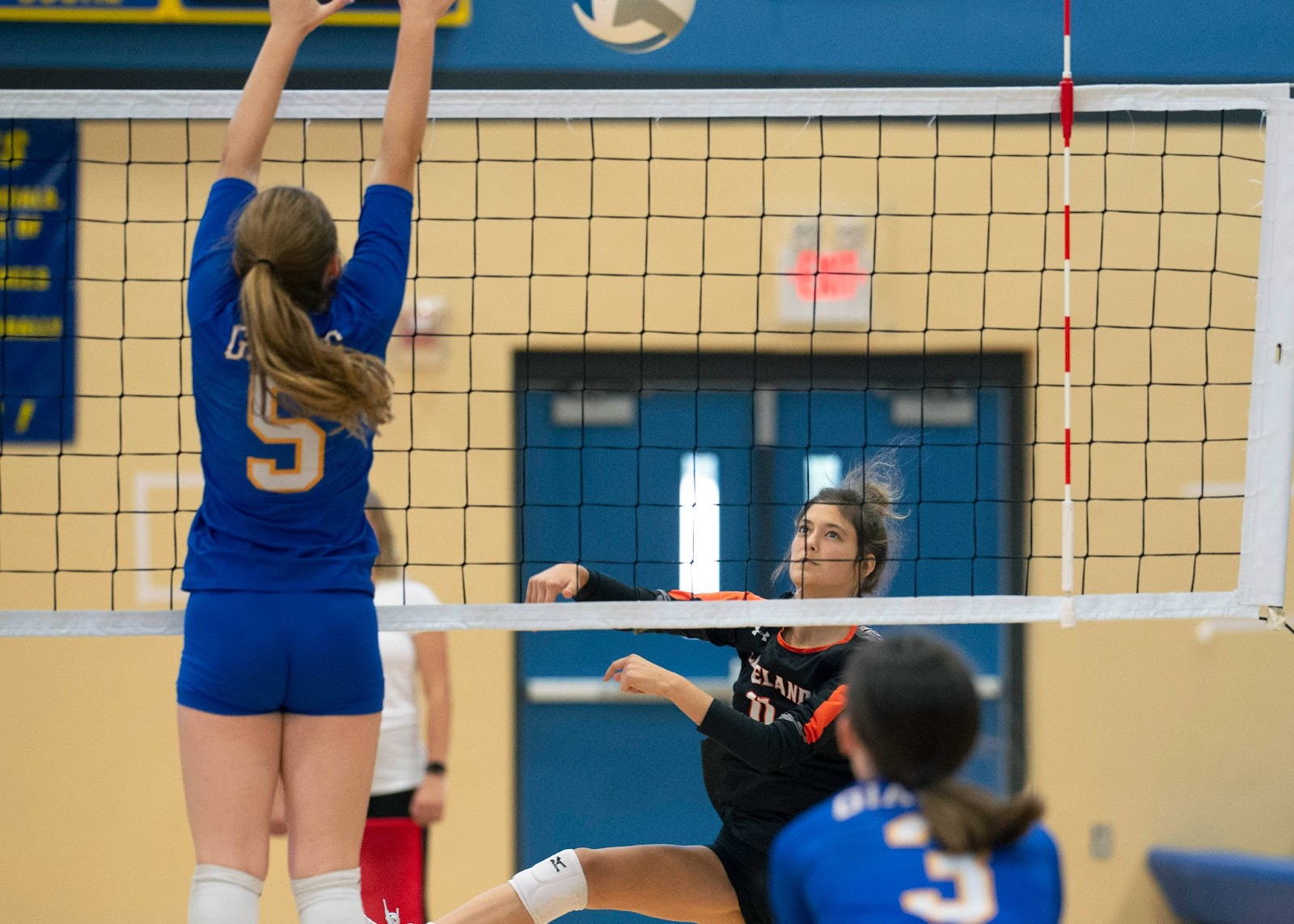 Mariah McCabe follows through a hit. 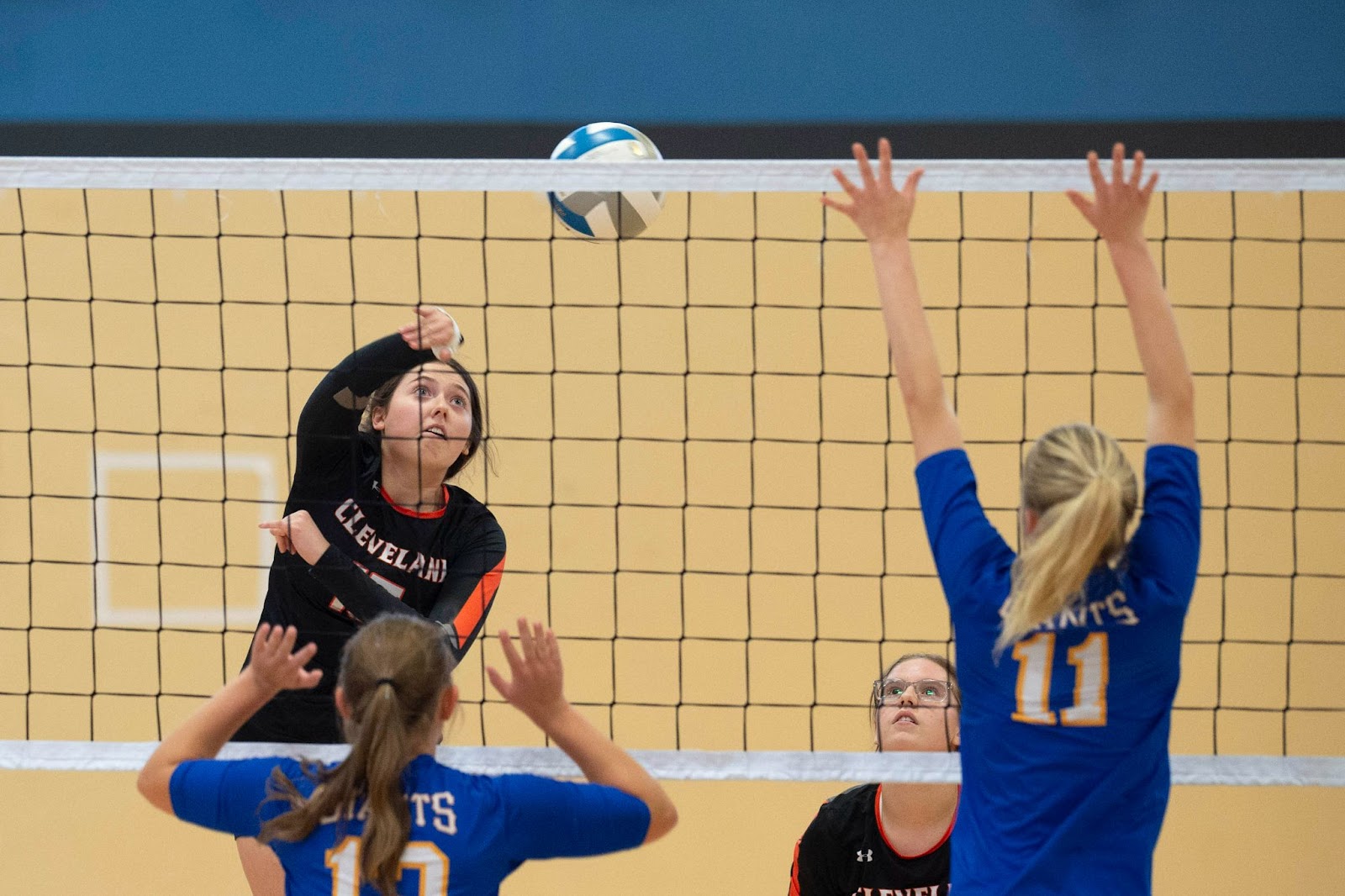 Addi Holden on the hit. Maya Lassiter on the bump. 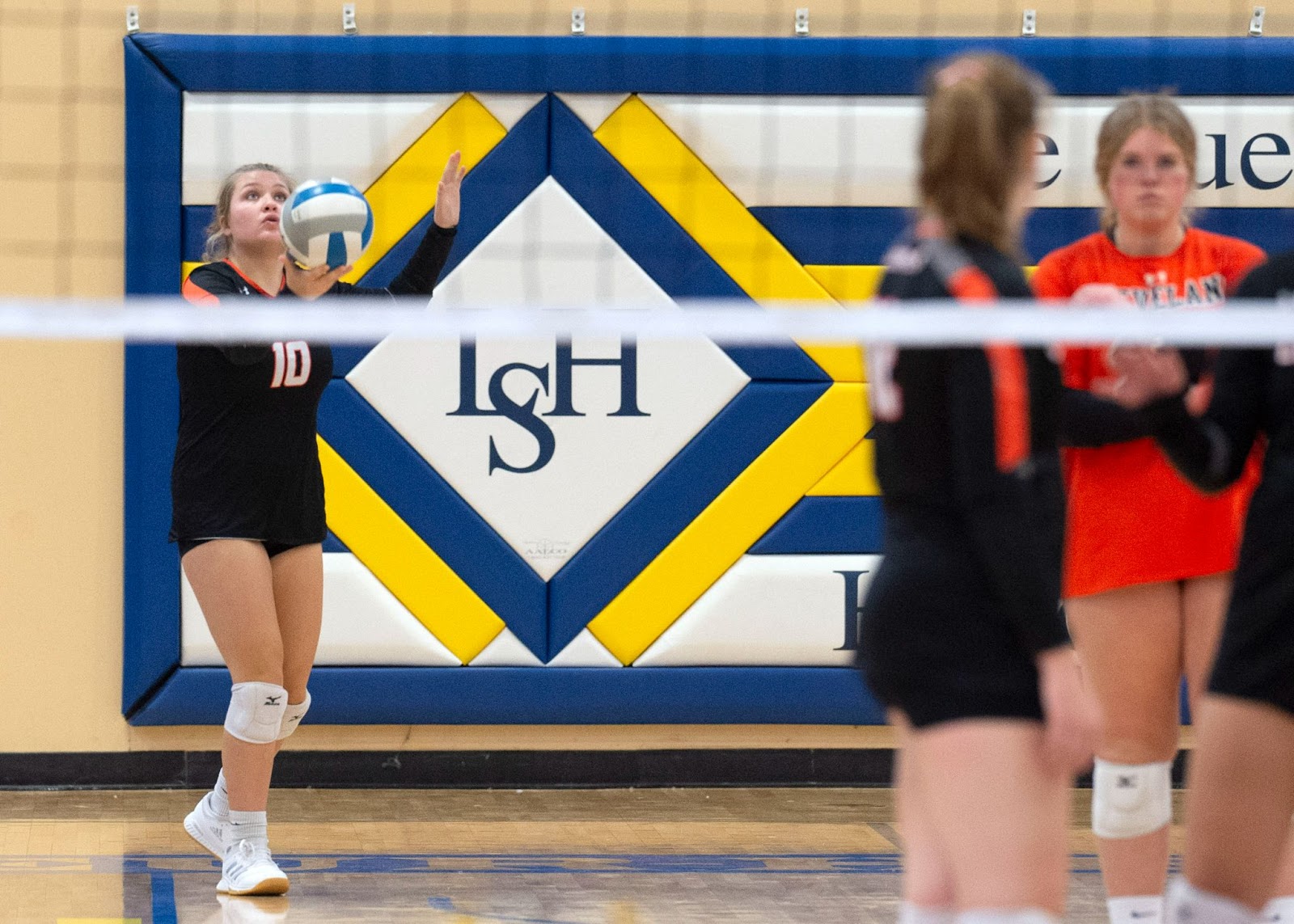 Olivia Shouler served three aces during a six-point run that got the Clippers back into the rubber game. Lacey McCabe swings through a hit. 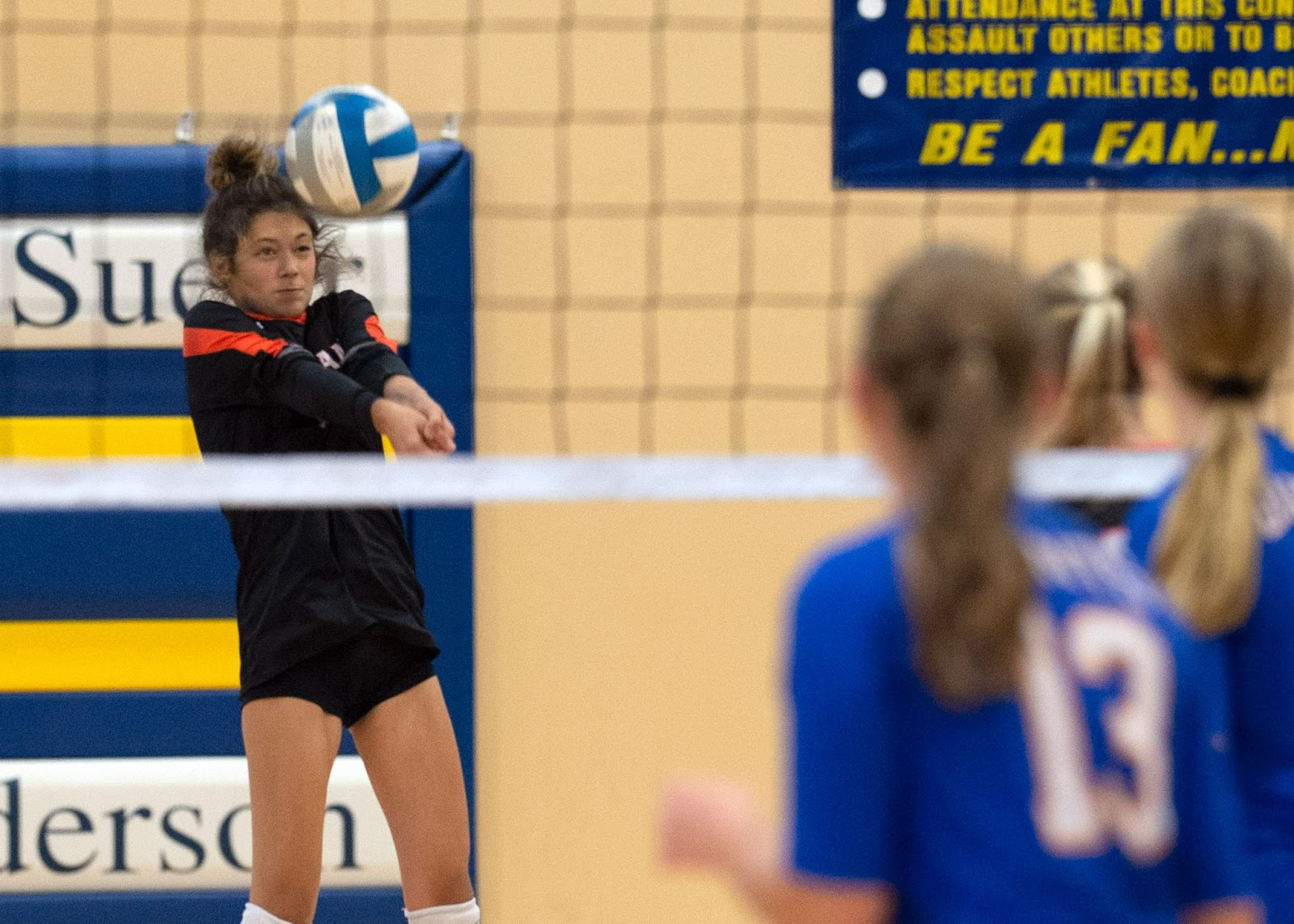 Mariah McCabe on the bump.