Alden-Conger/Glenville-Emmons tore up the Cleveland football field on Monday, routing the junior high boys 46 to zilch.

It was the end of the line for the young Clippers.

“It was a tough way to end the season,” said head coach Rich Kern. “We got just the one win, but like I told them, we played hard, and we all learned from it, coaches and players. We got a lot of good experience from it.”

Kern also looked to the future.

“We wish the best of luck to the eighth graders moving up to JV next year. For the junior high, we just have to work hard in the offseason and get the sixth graders ready for next year.”

The Clippers began the season with a lopsided loss to WEM but then bounced back the next week to top Nicollet in their only triumph. The rapidly improving seventh and eighth graders had a few close games the rest of the way, including to Lester Prairie, USC and LSH, but couldn’t quite pick up another victory.

“From the very first game until now, it’s pretty night and day,” assistant coach Charlie Haugen told the team after. “We got better and better. Now you are part of the football program, so wear those colors proudly.”

Some of the eighth graders were moved up to JV and even varsity, and that likely would have made a difference in their record. 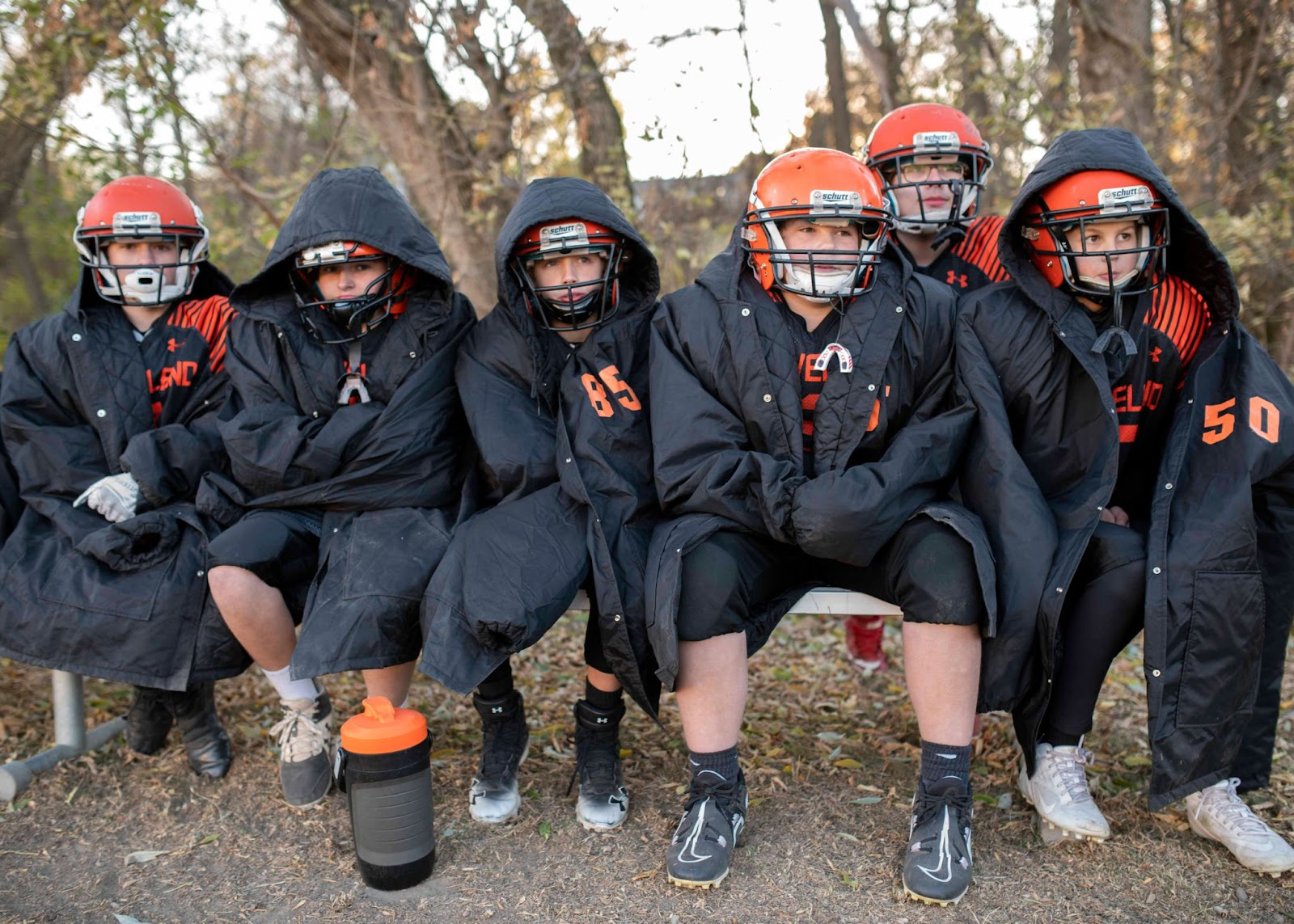 With temperatures dipping below freezing, players huddled together on the bench. 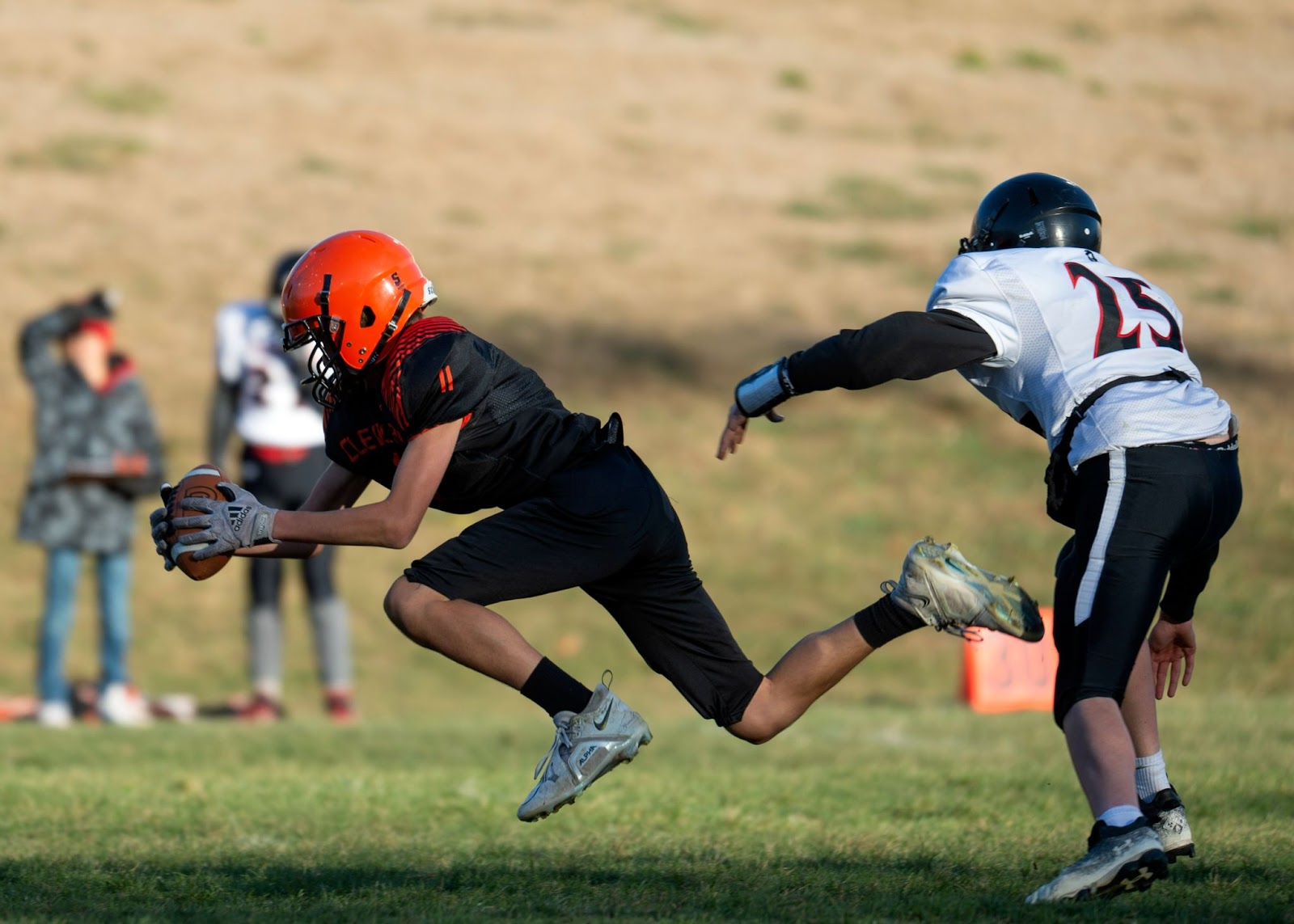 Garett Heldberg extends for a catch. 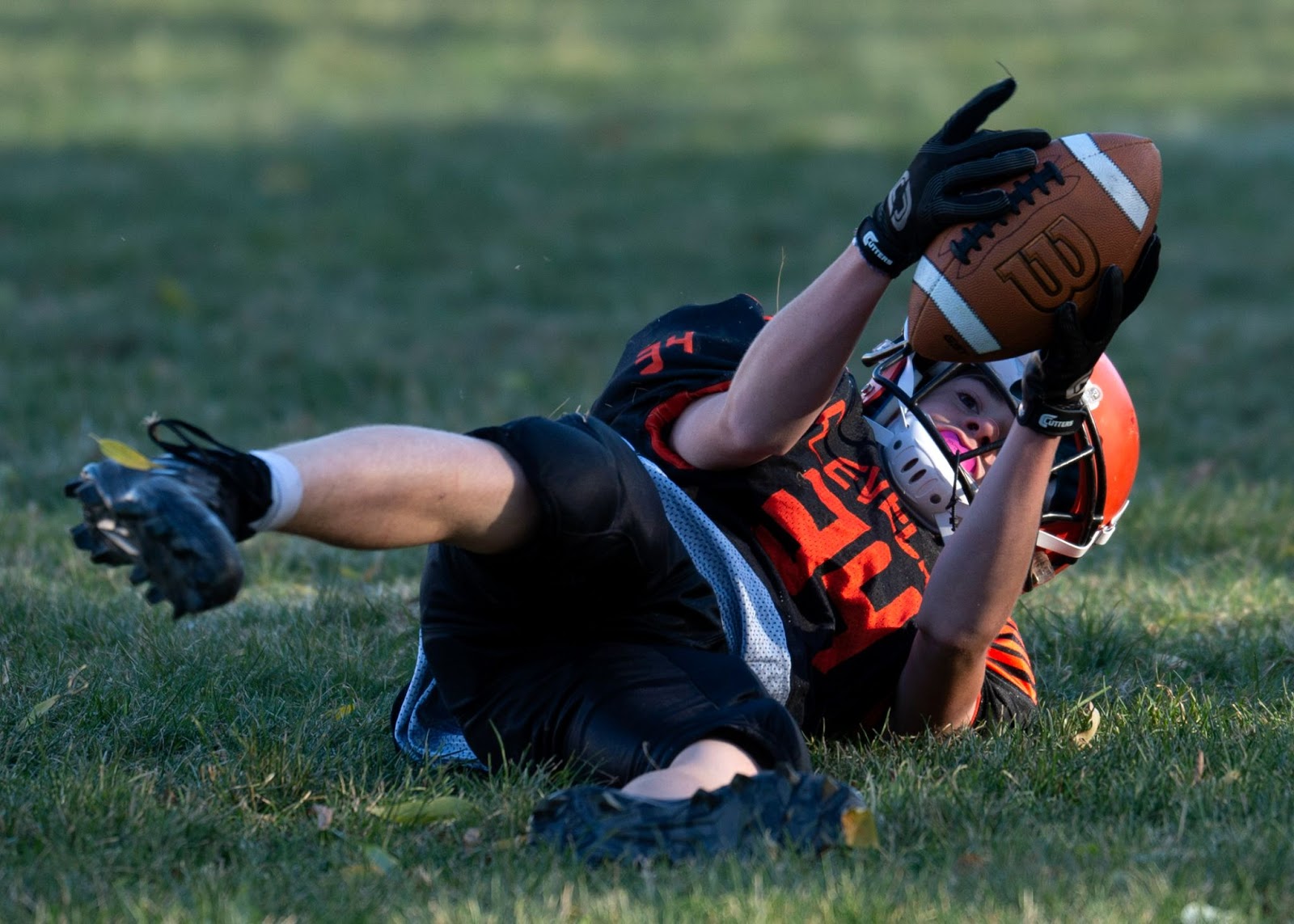 Chase Bock hangs on for a reception. 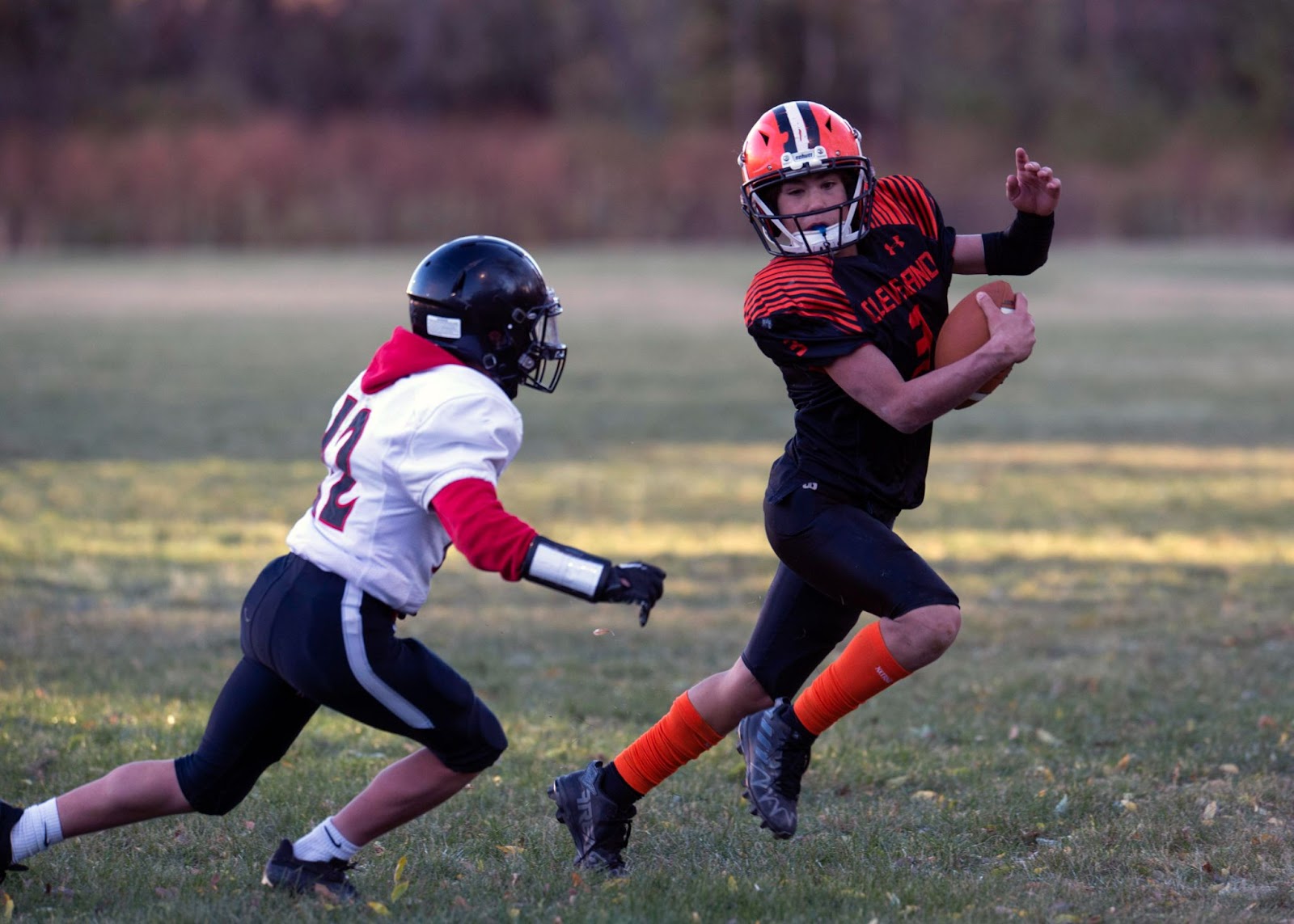 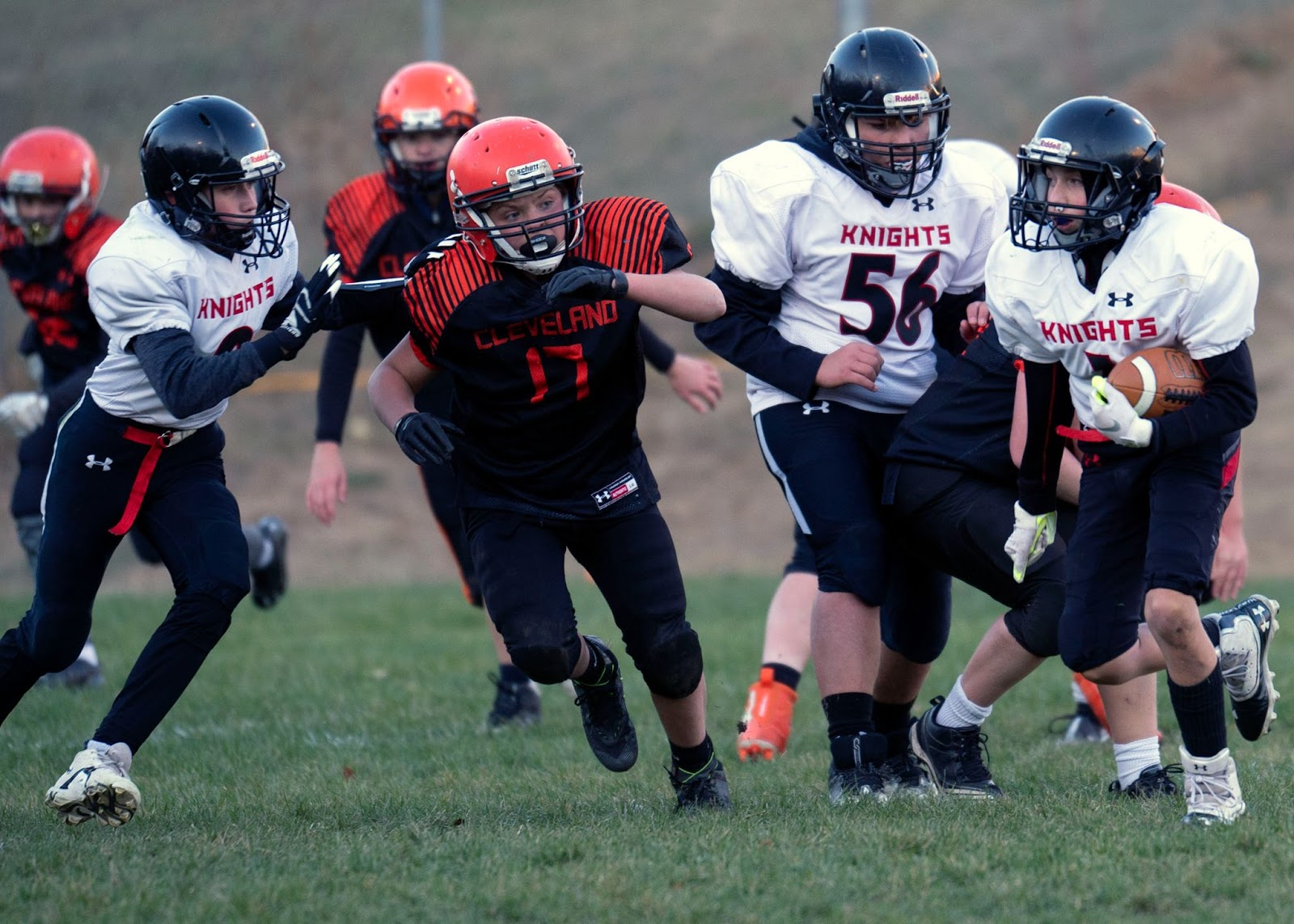