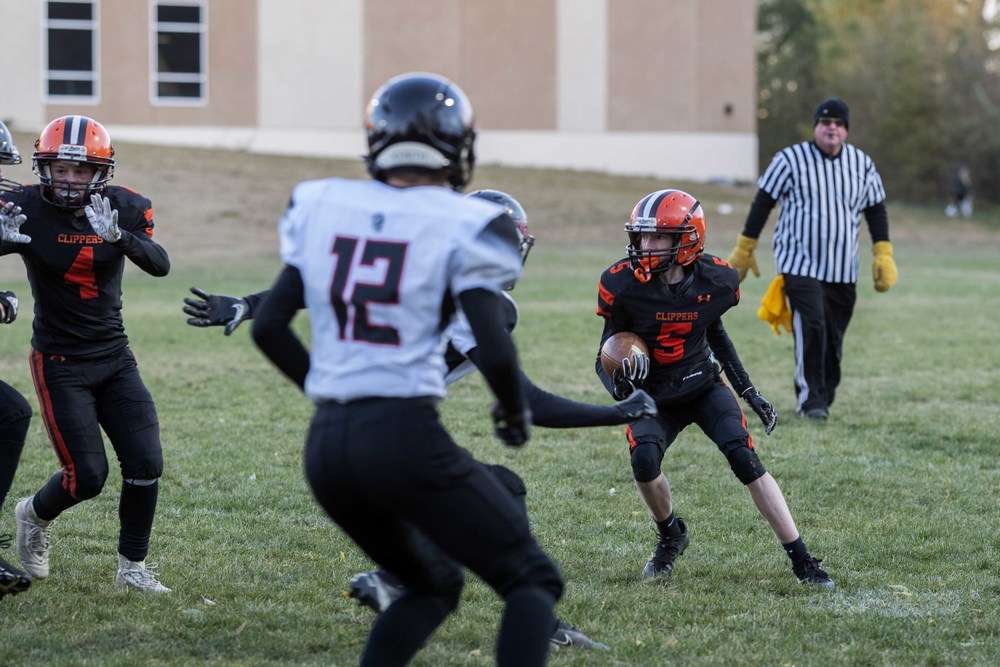 Closing out their season, the JV boys fell at home to Alden-Conger/Glenville-Emmons 24-6 on Monday.

The Knights scored twice in the first quarter with the second touchdown on a 45-yard run. Early in quarter two, they scored on a 30-yard run.

Down 18 to none, Cleveland’s only touchdown came with 7 minutes left in the fourth quarter on a 1-yard Carson Lyons signature toss to Bode Bartell on the slant route. That play was setup when Caleb Connor pulled down a Lyons pitch for a 39-yard catch and run. Alden stopped the points-after run.

The Knights recovered a fumble at midfield after that and then took a reverse 50 yards to the end zone for their final points. The Clippers stopped the ensuing PAT run.

Above: Bode Bartell on the run. Out front is Caleb Connor. 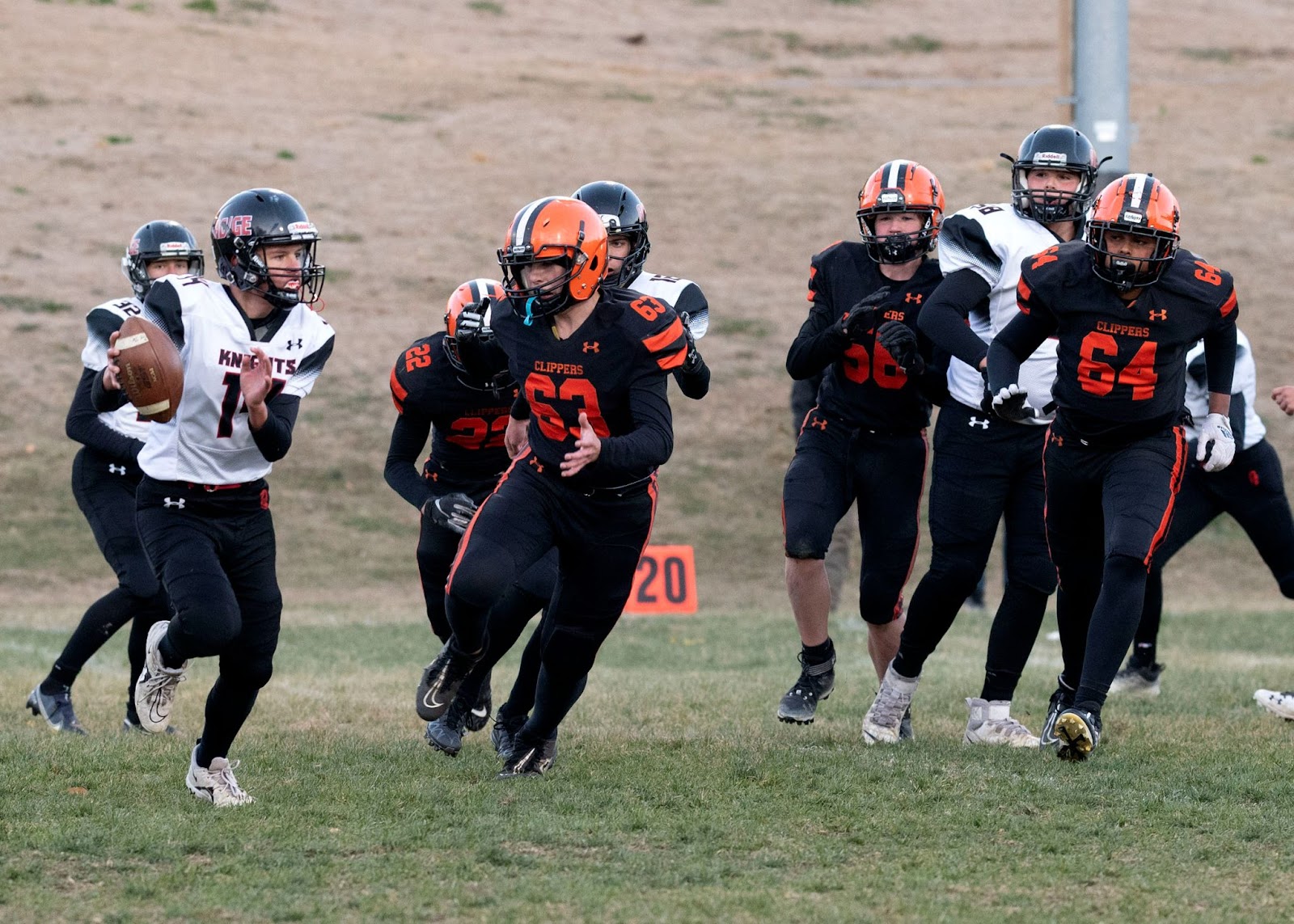 Blake Gibbs chases after the Knight’s quarterback. On his left are Daniel McClune and Alex Johnson. 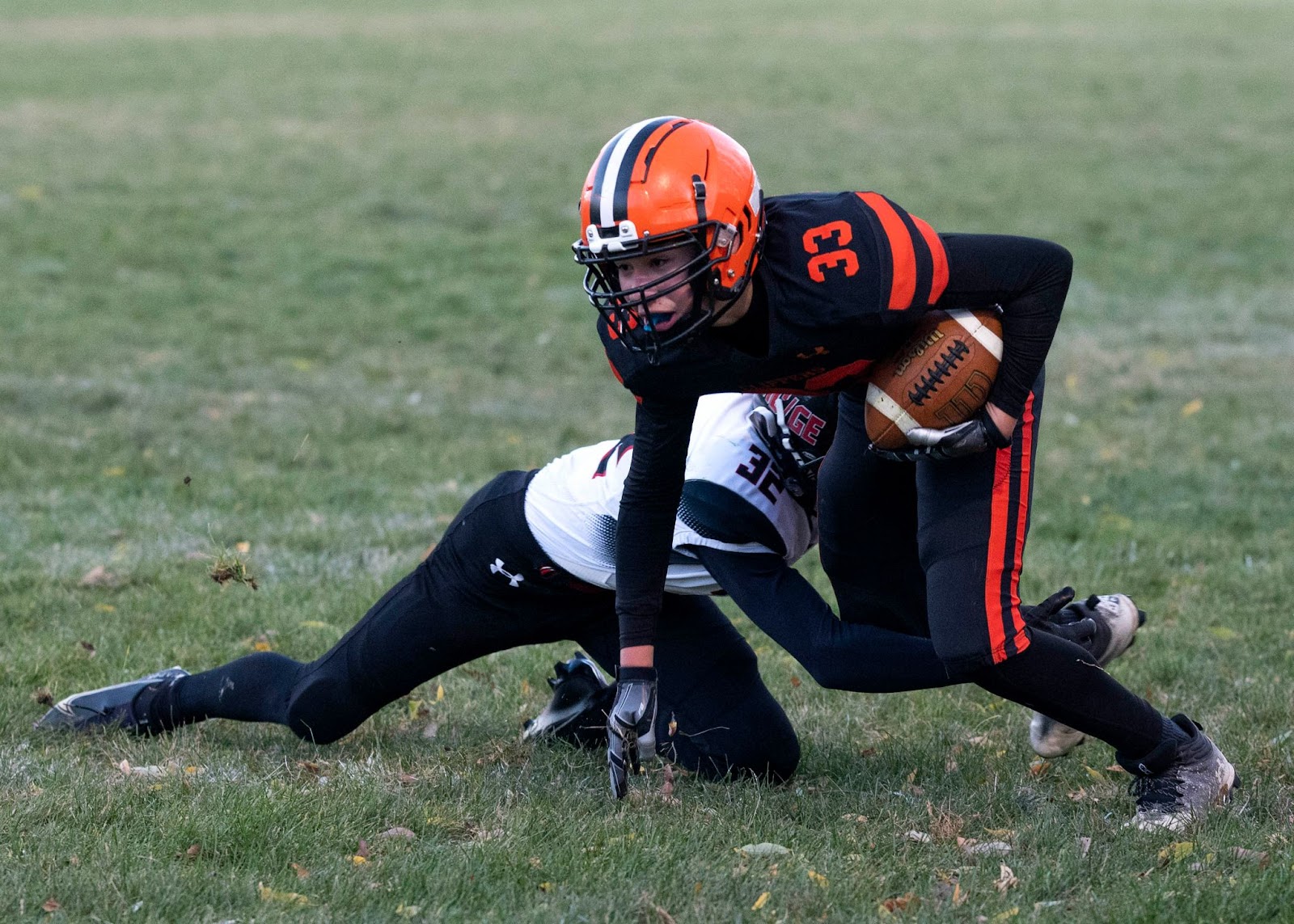 Mason Kluntz lurches for an extra yard after hauling down a catch. 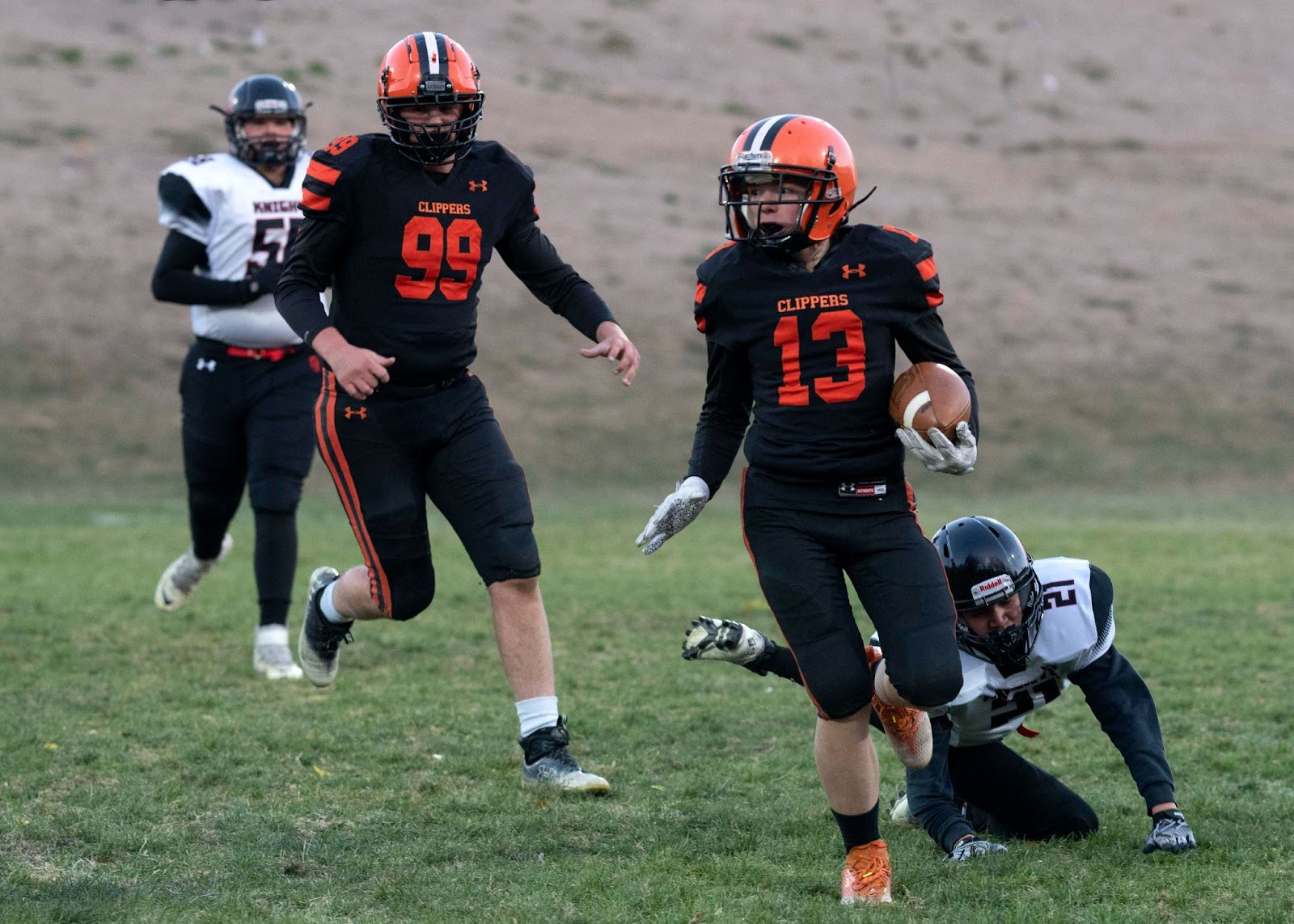 Caleb Possin slips by a Knight defender. Behind him is Ian Vlasak.