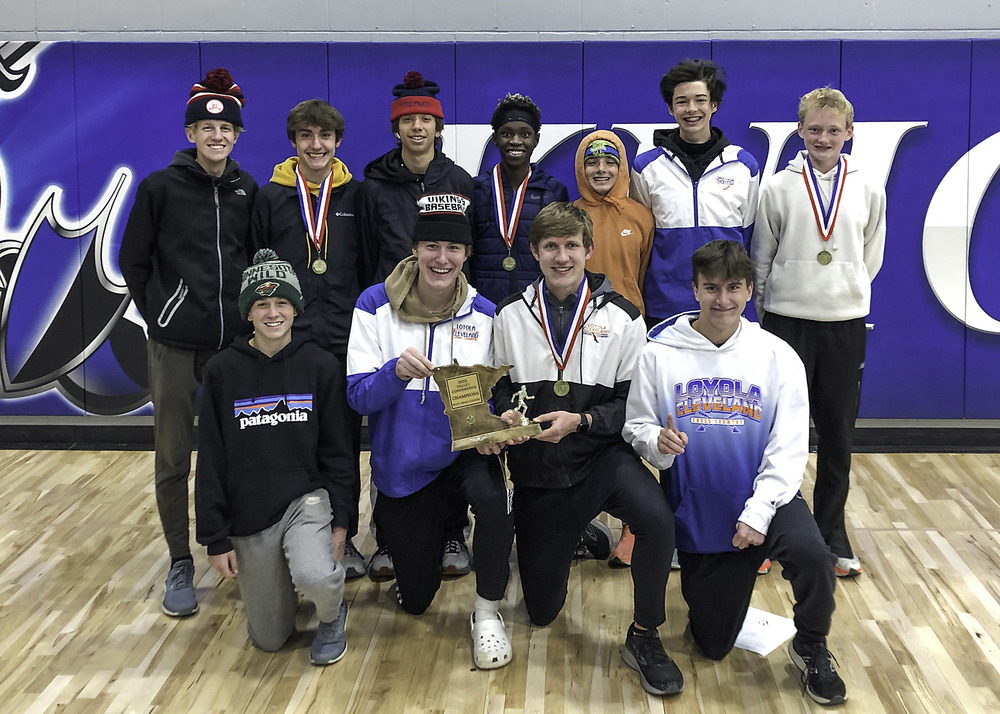 Conditions were 40° F and windy at race time, but the Tuesday chill in Lake Crystal didn't affect the Loyola/Cleveland cross country team much, and the boys took home the Valley Conference title for the sixth time in the past eight years.

All seven Crusader runners were among the top 15 to cross the finish line. Their 31 points were 22 better than silver place Lake Crystal-Wellcome Memorial/Nicollet.

“We have been running really well in the cold the past few meets, so I knew we could handle another cold day,” said head coach Dale Compton. “And we knew that since we were in Lake Crystal, it would be windy, and everyone was prepared for that.”

First for the Crusaders and 3rd overall of the 40 runners was Soren Kelly with a 17:46 finish. James Younge was right behind Kelly for 4th place overall. Just three seconds later, Nathan Strobel crossed the wire for 5th place.

“Our top three boys continued to run together as they have been doing all season,” Compton said.

Sam Vetter ran the course in 18:05 for 8th overall. He and the Crusaders in front of him all earned All-Conference honors.

“Jorden ran his best race of the season so far with a :20 season best,” Compton said. “He is coming into form at just the right time of the year.”

Carter Zimmerman finished in 18:54 for 15th place and also an honorable mention.

“Our girls had their best races of the season,” Compton said.  “We had three runners in the top 10 and two more in the top 15. I was happy to see them all work hard and give great efforts today.”

Molly Koester was 2nd overall of the 22 runners with a 22:23 finish. Charlotte Kirschner was 6th with a 23:22, and Lilly Phillips was 9th with a 24:19. The trio earned All-Conference honors.

With an 11th-place 25:03 finish, Cora Koester was an honorable mention. Jewel Factor finished the course in 27:12 for 15th place. Factor had to outsprint two LCWM/N girls in the last 100 meters to earn the final All-Conference Honorable mention award as well as secure the 2nd place finish for her team.

“It was a great finish to her race,” Compton said.

LCWM/N was just a point behind the Crusaders. M/T/GHEC/ML didn’t have enough runners to field a team.

Taking the top for slots among the 21 runners, the Crusaders dominated the junior high boys race. Nick Huisken was 1st, Elijah Mons was 2nd (12:55.29), Matthew Soupir was 3rd, and Andrew Tieva was 4th.

Conditions were also cold and windy at the Jayhawk Invitational on the Madelia golf course on the Thursday before.

The Crusader varsity teams return to action on Thursday when they return to Norwood Young America for the sectional tournament at Baylor Park. 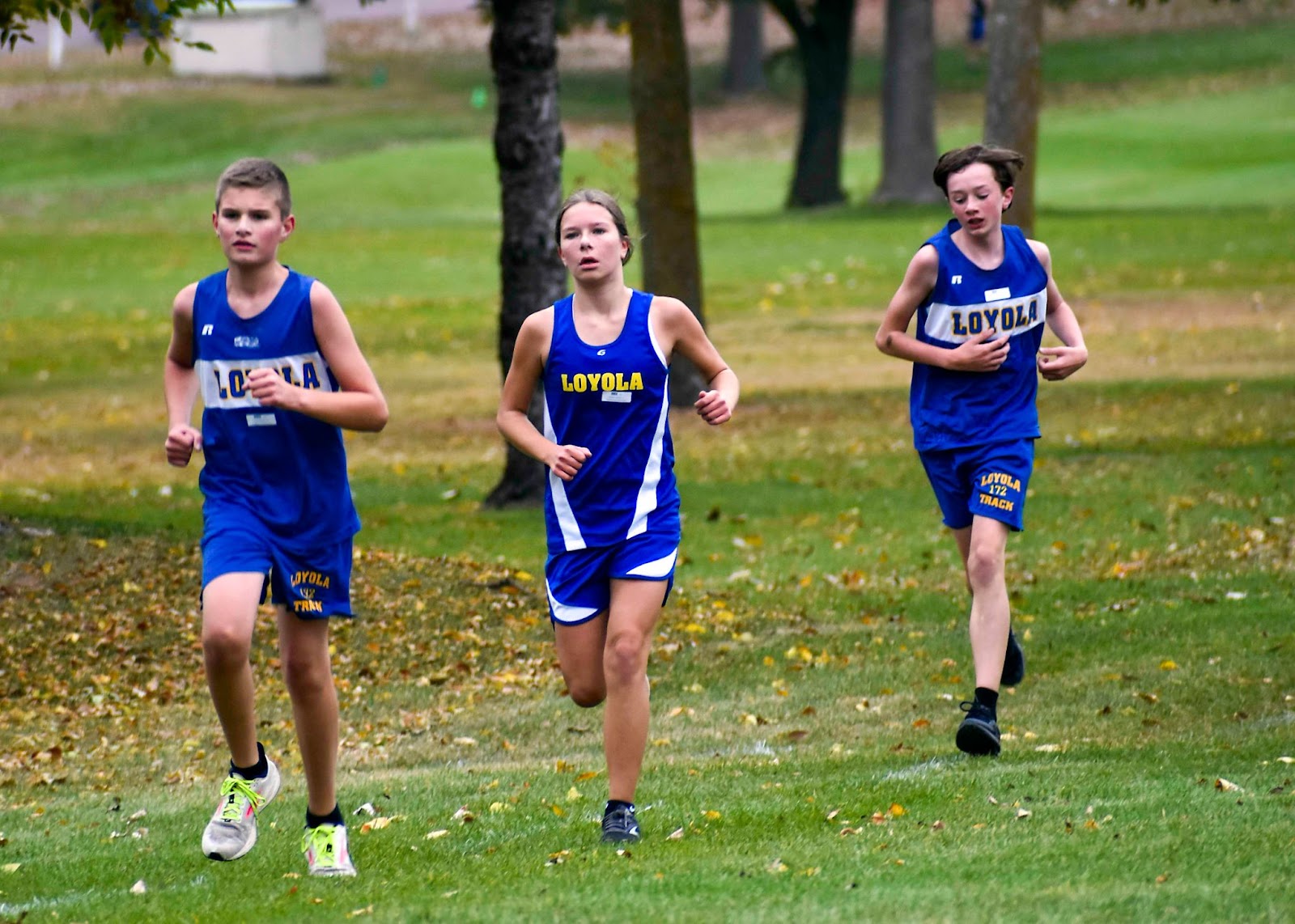 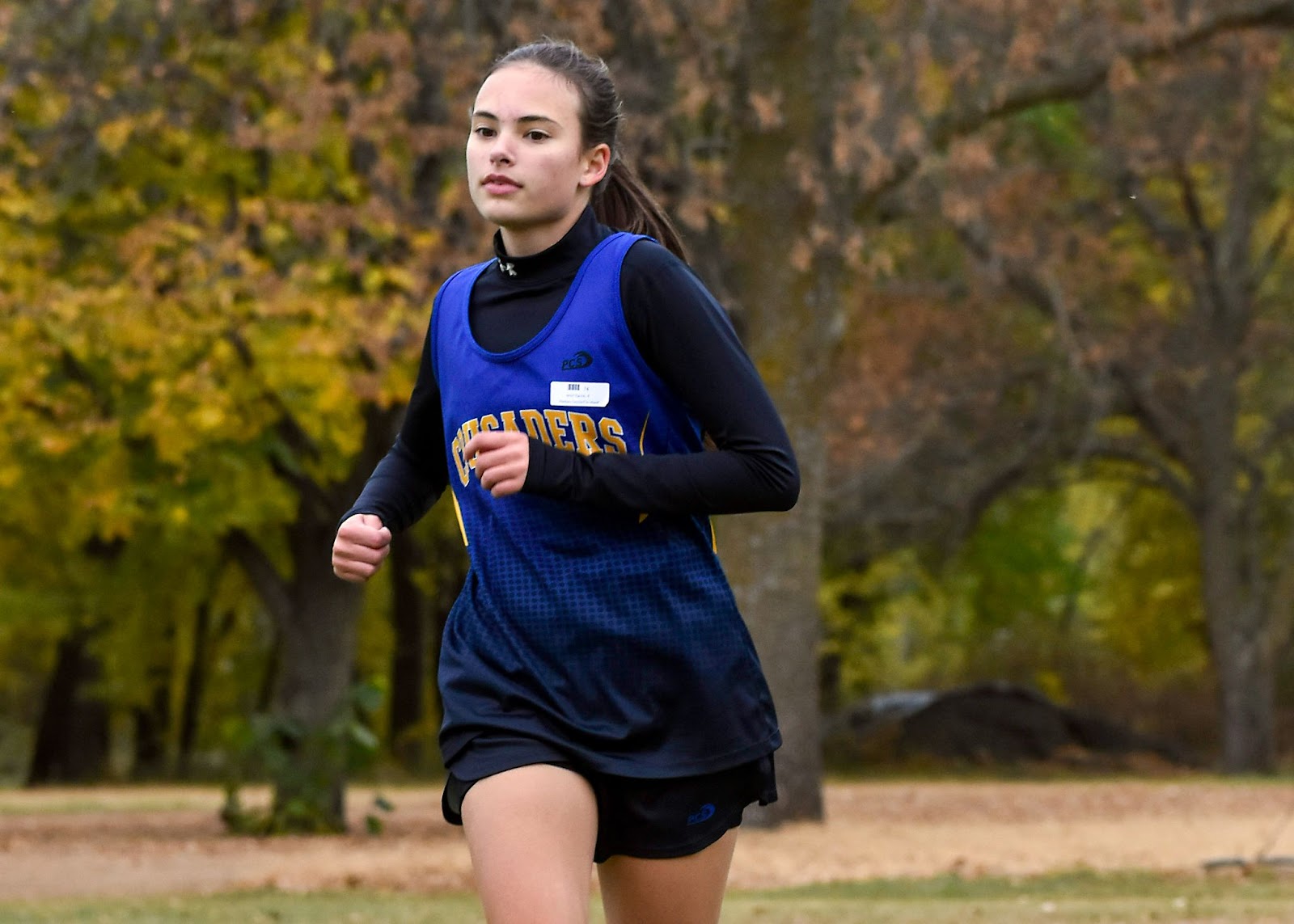 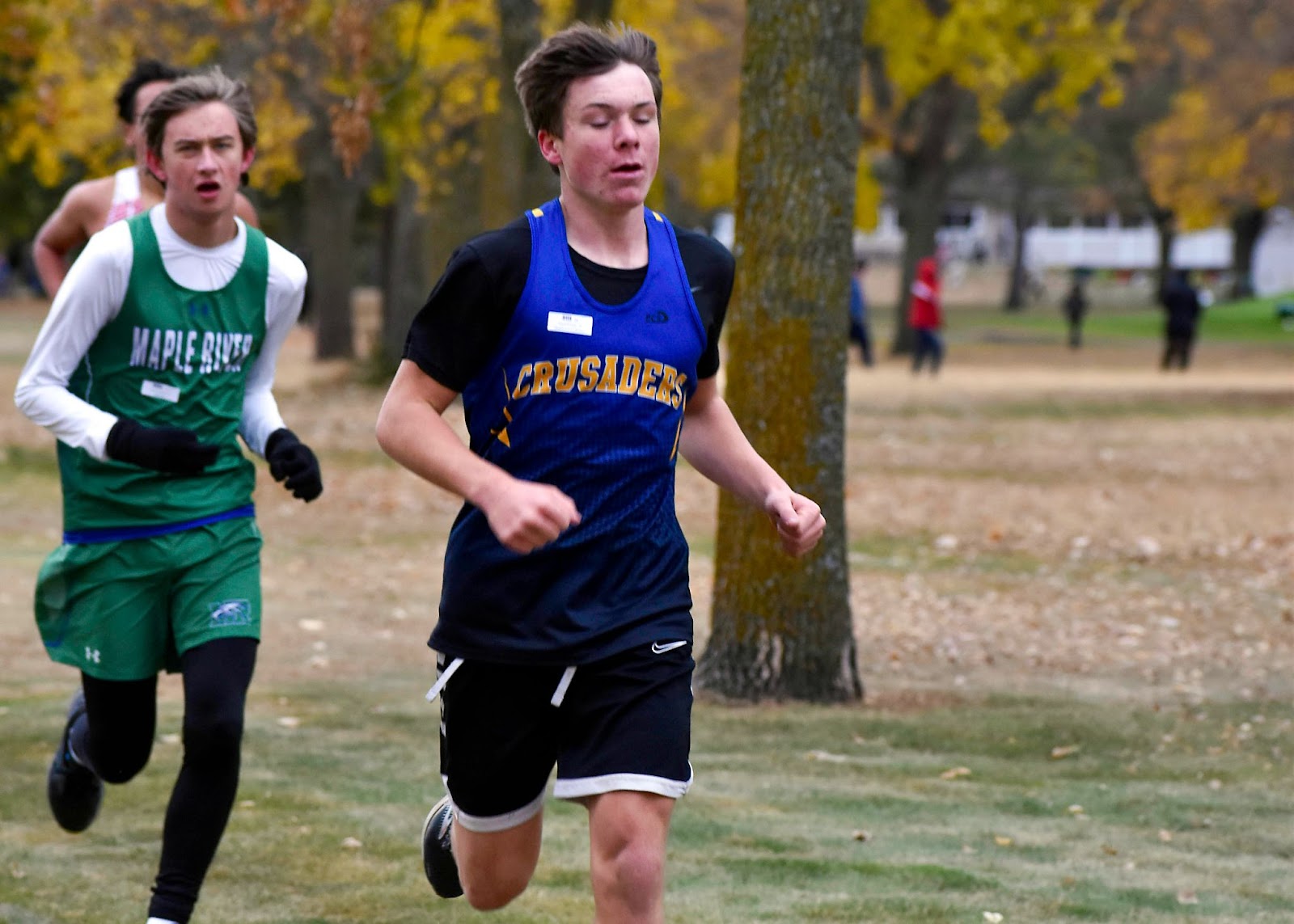 Thayne Remiger during his fastest 5K of the season at Madelia. 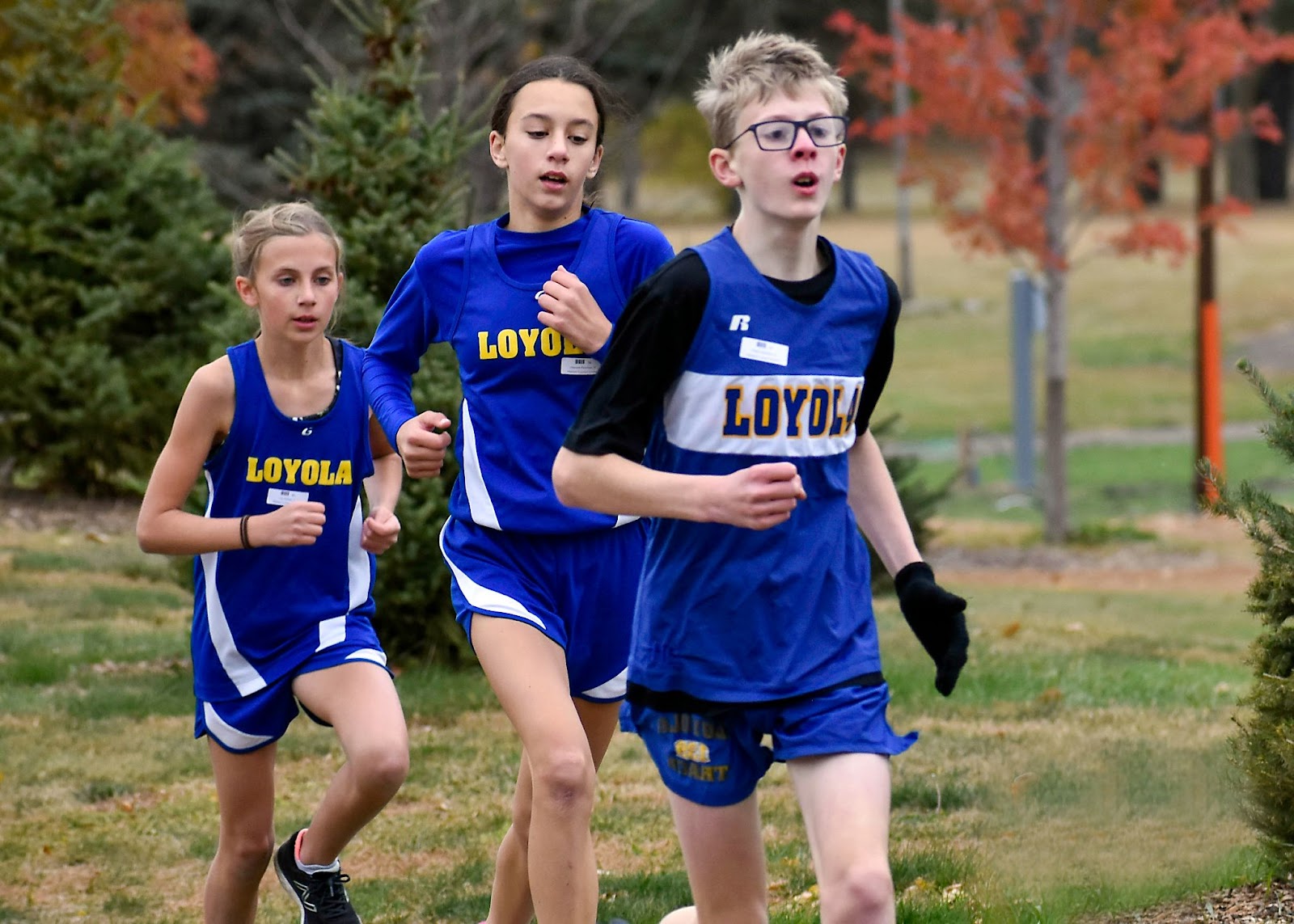 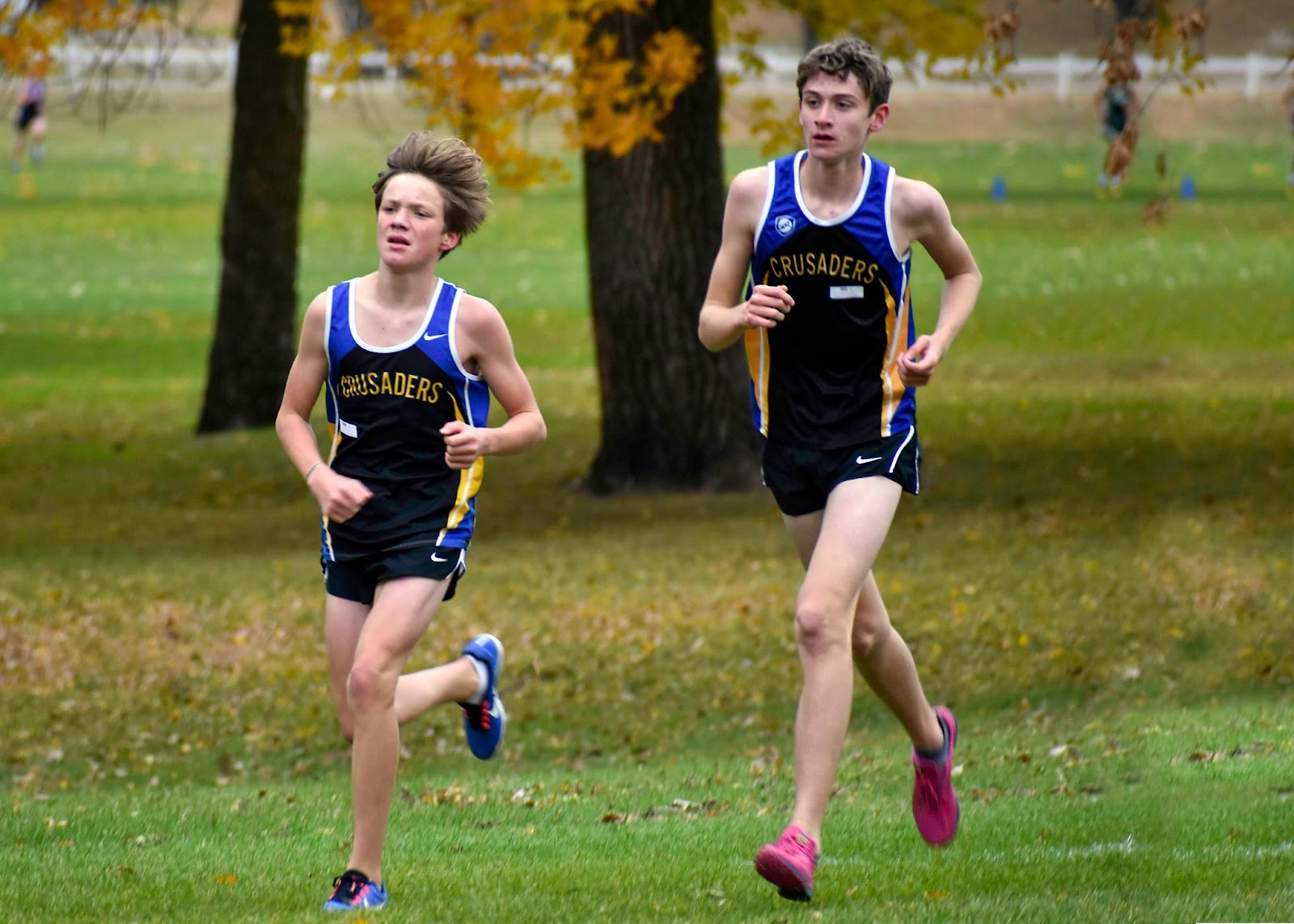 Andrew Tieva and Elijah Mons running through the two-mile mark in Madelia. 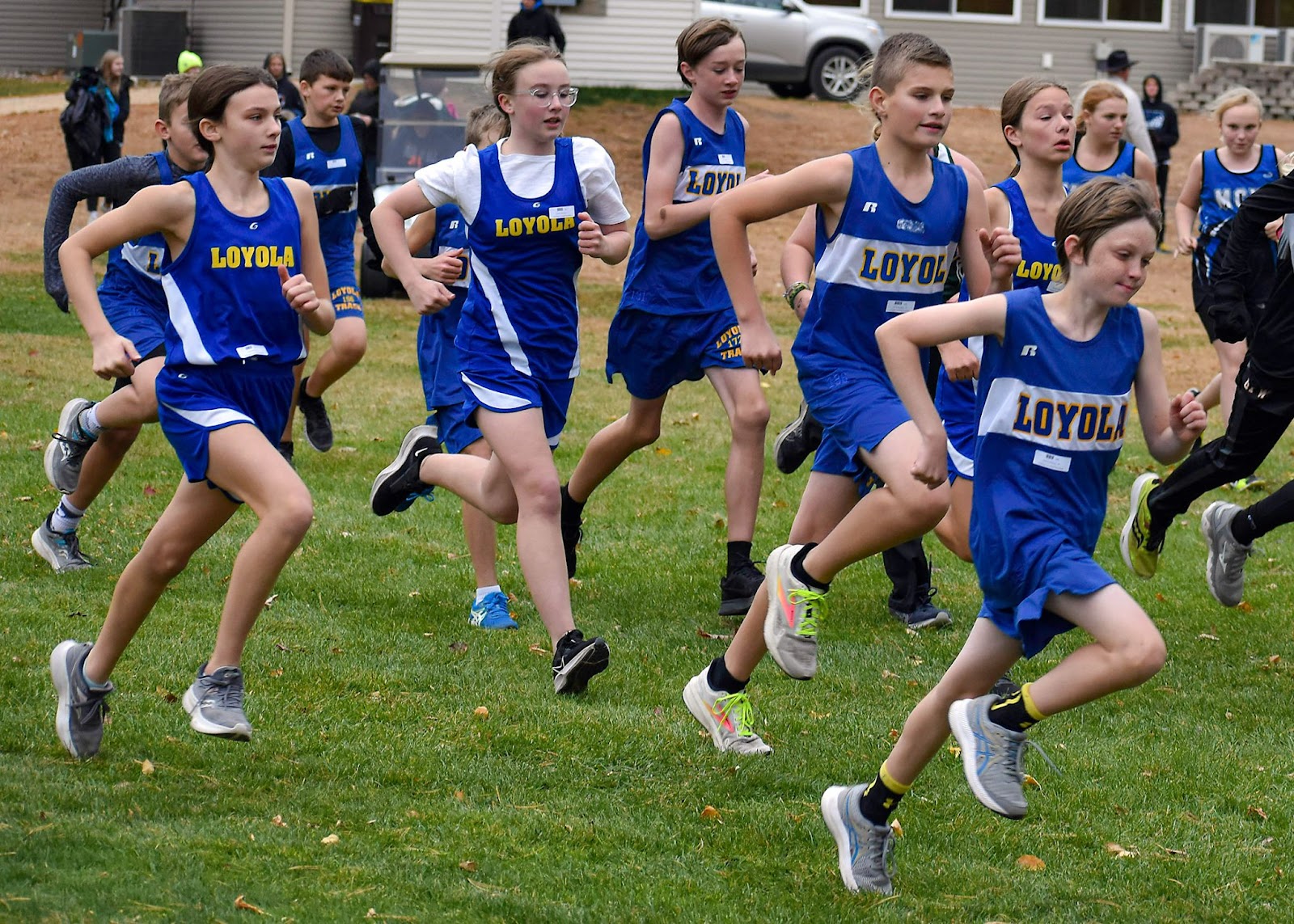 Reece Nelson leads out a group of Crusaders at the start of the Jayhawk junior high race.

All photos courtesy of Dale Compton.