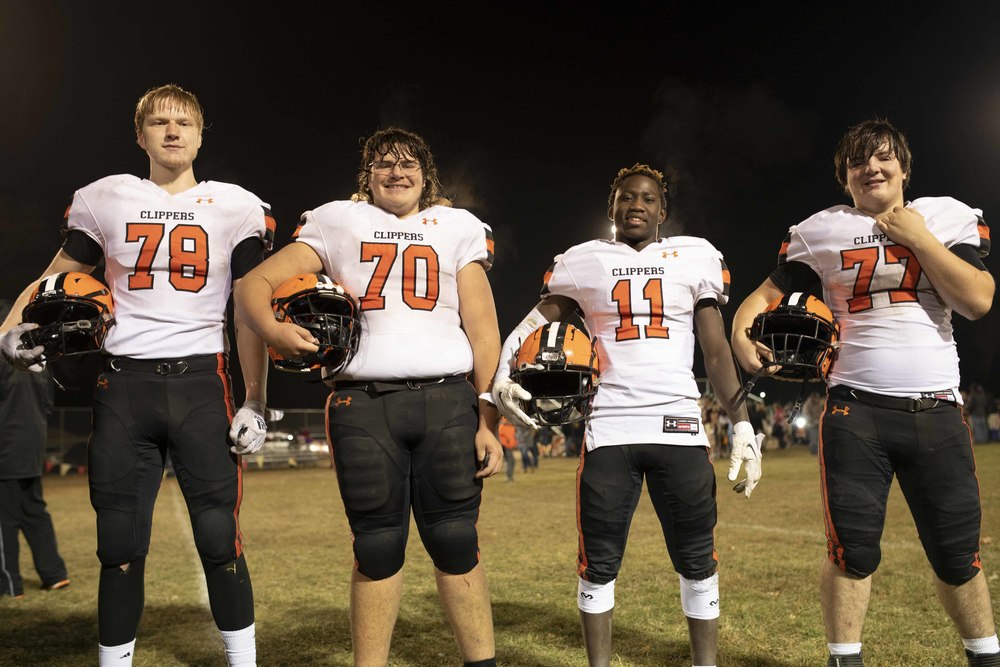 With a 37 to 0 loss to host state second-ranked Lester Prairie in the first round of the sections on Tuesday, the Clipper football season came to an expected end, but head coach Erik Hermanson and company isn't wasting any time preparing for next year.

“We have our weight program setup already. The summer workout schedule is pretty much set. We’re all ready talking about the depth chart and looking to recruit more players. We need every single person who played this year to go out and then some, and if that is the case, Cleveland-Immanuel Lutheran fans are going to see a huge improvement.”

But despite their 1-8 record, the Clippers have already upped their game a lot this season, Hermanson said. That was a hefty achievement, especially since at the start of the year they thought they might not be able to field a varsity team, at least not all season, and instead focus on JV and junior high.

“It was not in the cards to play every game this year. Eighth graders and ninth graders should not be able to make it through a whole season, but these guys did. It will be something that they talk about when they are older: how they went through these tough times, and it’s going to be worth it.”

After Cleveland punted in the game’s first series, the Bulldogs ran up the middle for a 59-yard touchdown. Cleveland-Immanuel Lutheran stopped the PAT run.

Following the ensuing kickoff, Kale Kelley took a Blake Lyons throw for a 34-yard catch and run for what was the Clipper’s biggest play of the night. They got to the Lester Prairie 36 before the Bulldogs took over possession on downs.

With a 57-yard sprint across the goal line two plays later and the ensuing PAT run, the Bulldogs were suddenly up 14-0.

After the Clippers went three and out, Henry Strobel’s punt rolled all the way to the Lester Prairie 10. The return man ran the punt for 36 yards, but the Clipper defense stepped up from there, and the Bulldogs had to settle for a field goal for a 17-0 advantage with 1:50 left in Q1.

The Clippers just missed a first down on their next possession and turned the ball over at their own 44. The Bulldogs took advantage with a big run to the Clipper 5 before their quarterback rolled right for the touchdown. The PAT kick put them up 0-24 early in Q2.

From there, both teams punted. The Clippers punted again, and the Bulldogs returned it 69 yards for a TD that, with the PAT kick, put them up 31 to zip with 4:32 left in the half.

The Bulldogs posted their final score early in the third quarter. Brady Bostic’s solo tackle on the kickoff set the Bulldogs on their 25, but they moved downfield from there, scored on a 15-yard run and missed the point-after kick.

It was the end of a career for the four seniors who had the character and courage to stick out the season: Jacob Rohlfing, Marty Gibbs, Strobel and Jack Voit (above).

Rohlfing said being shoulder pad to shoulder pad with his teammates along the scrimmage line created a bond that he would never trade, and that's what he would tell those who are considering gearing up for football next fall.

“It was a heck of a time playing with the guys. It sucks to be done. I wish we could have gotten more wins.”

The Clippers’ run game had negative productivity with nine total carries for minus a dozen yards.

Sullivan led the defense with two solo tackles and seven assists. One of his tackles was behind the scrimmage line. Carter Barto had five solos and five assists with two behind the line, and he deflected a Bulldog pass. Rohlfing had five assisted tackles. Freshman David Draheim had four assists. Bostic had two solos and two assists. 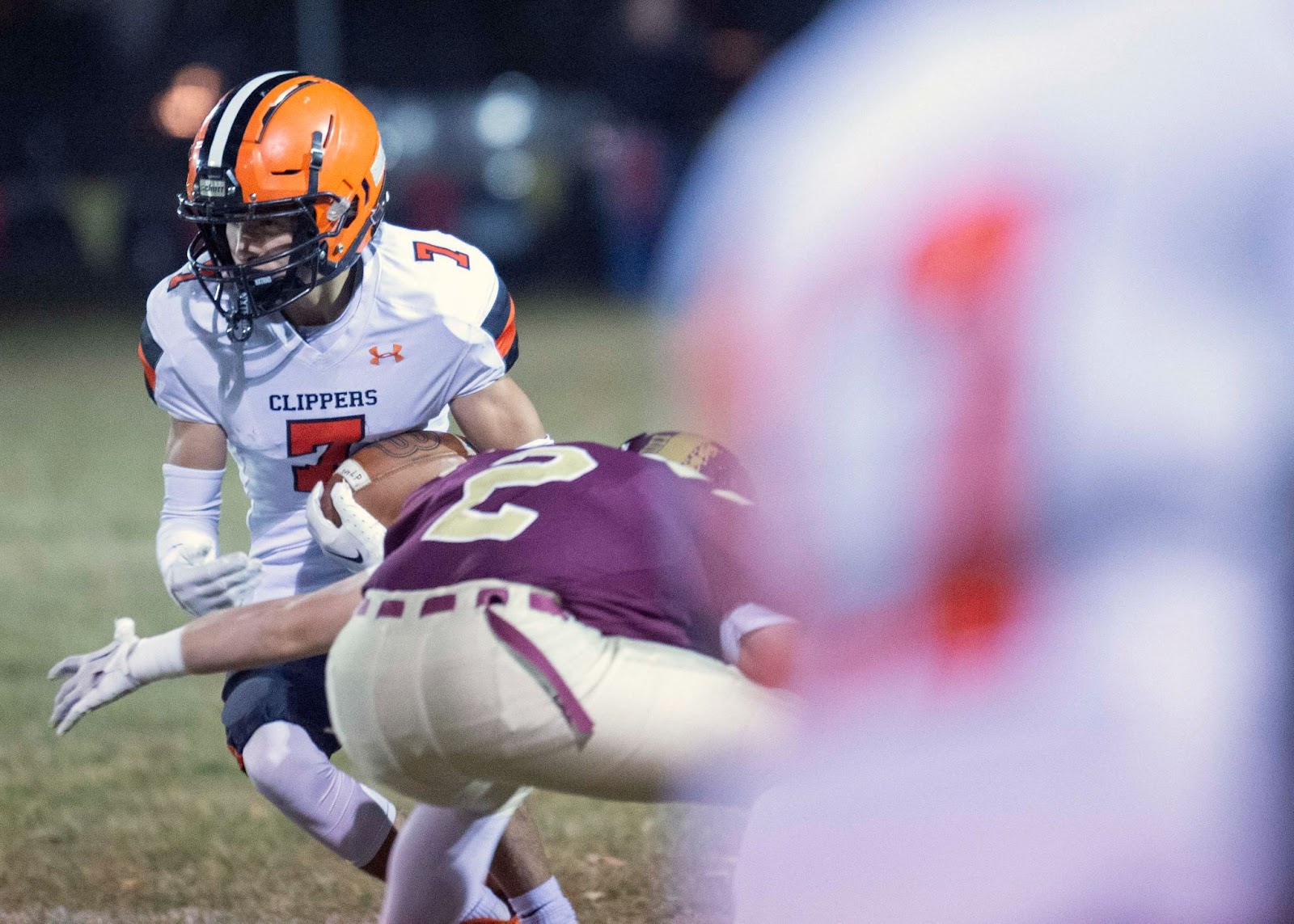 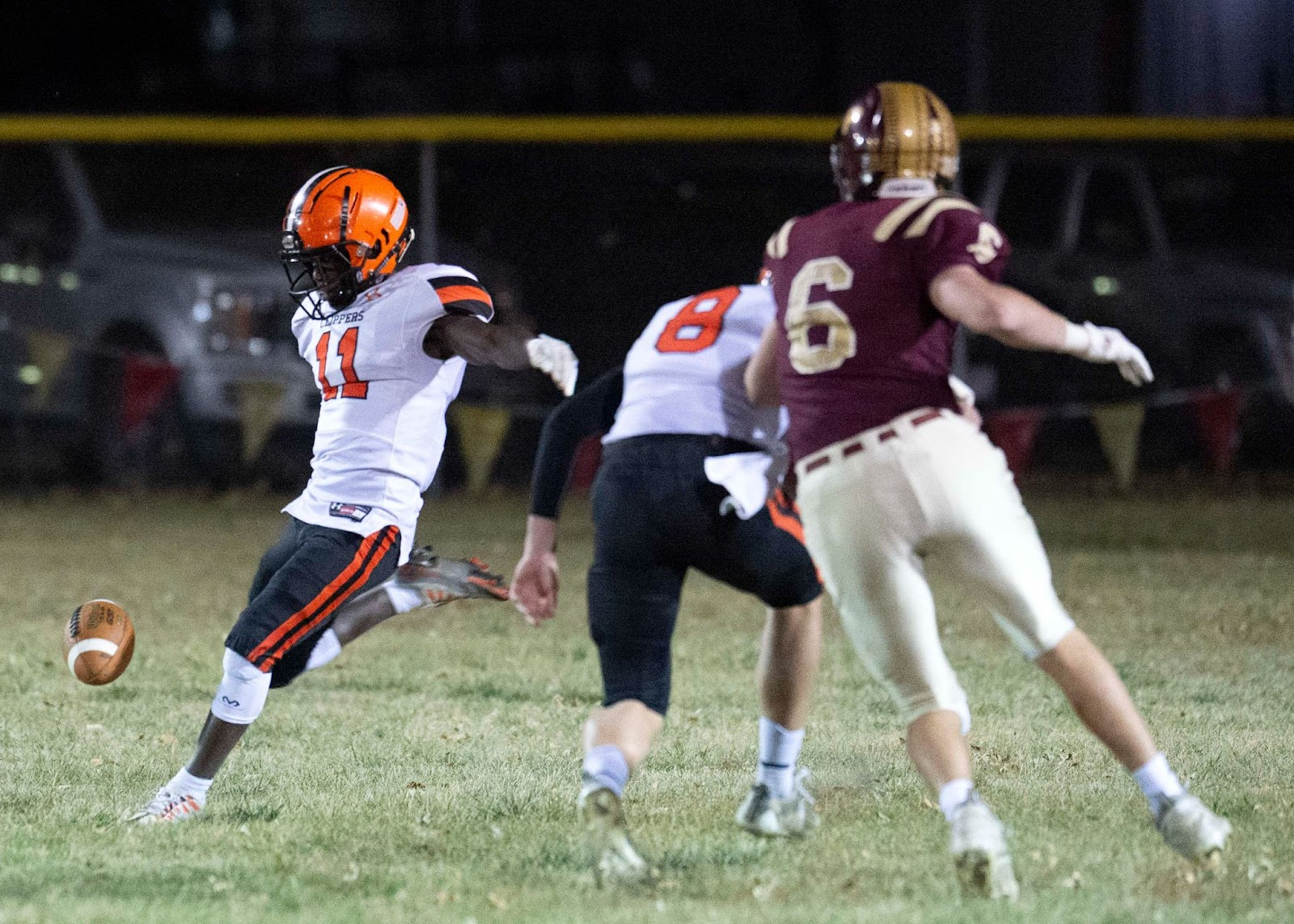 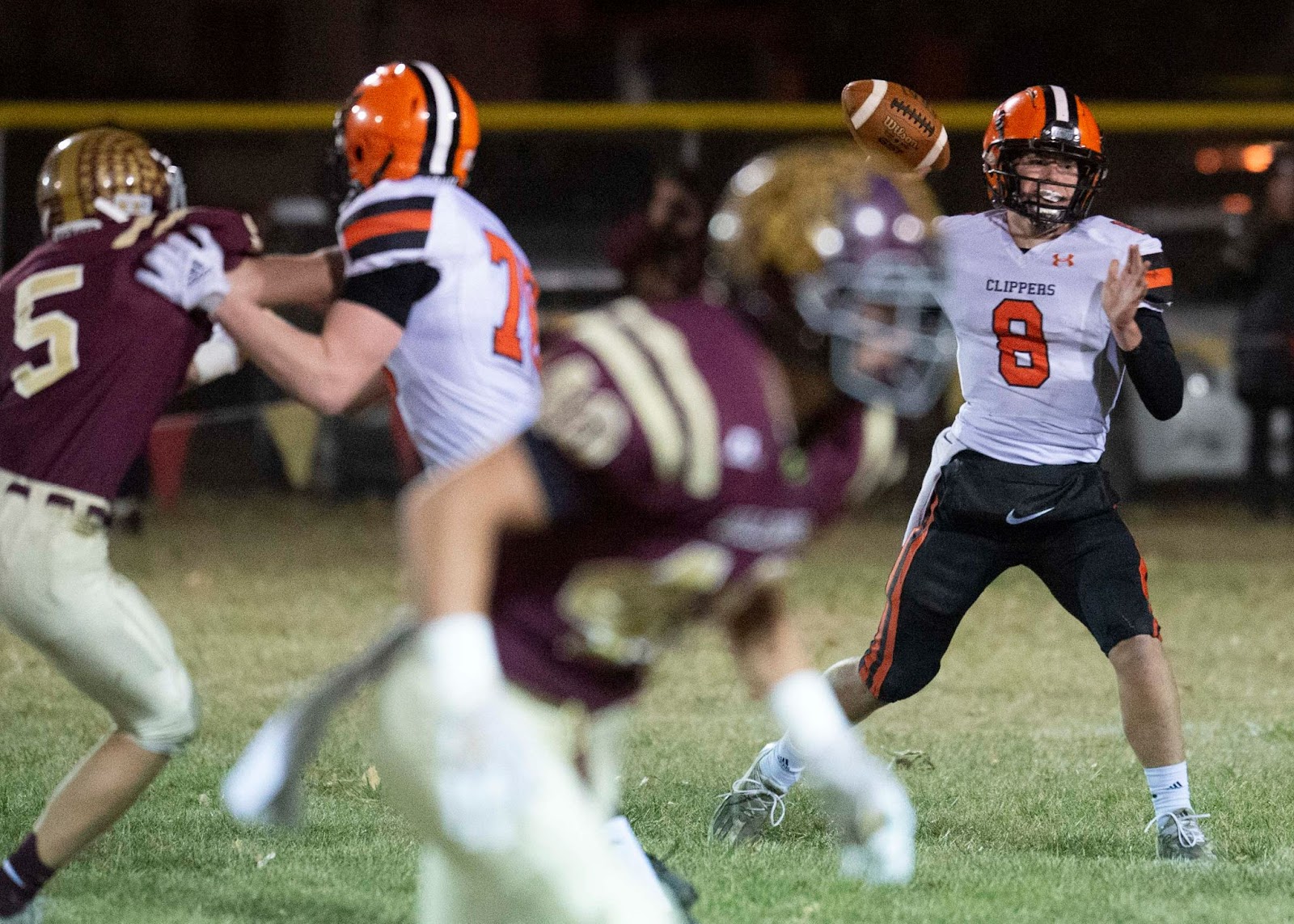 Blake Lyons coils for a pass. 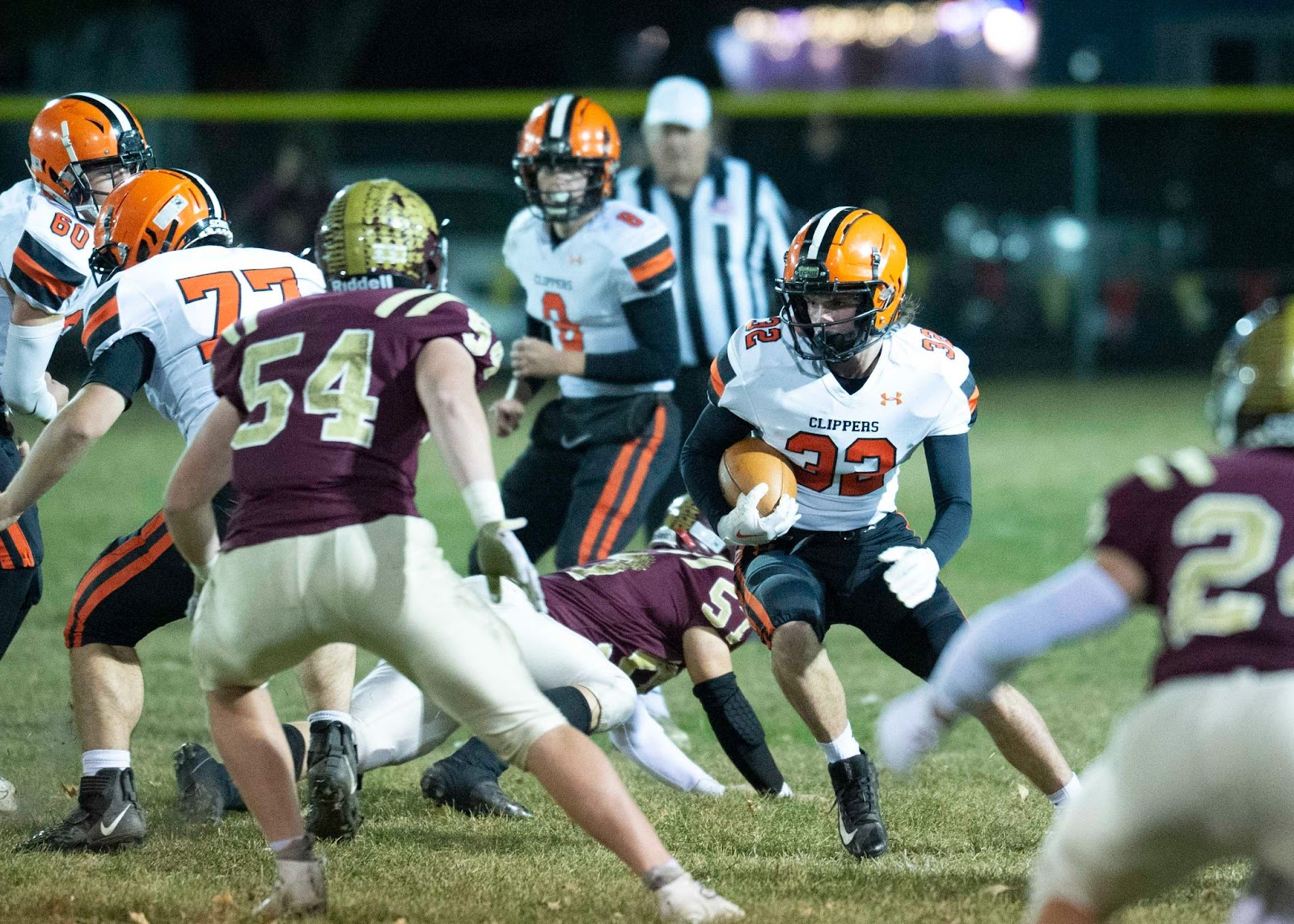 Jaxon Libby on the carry. 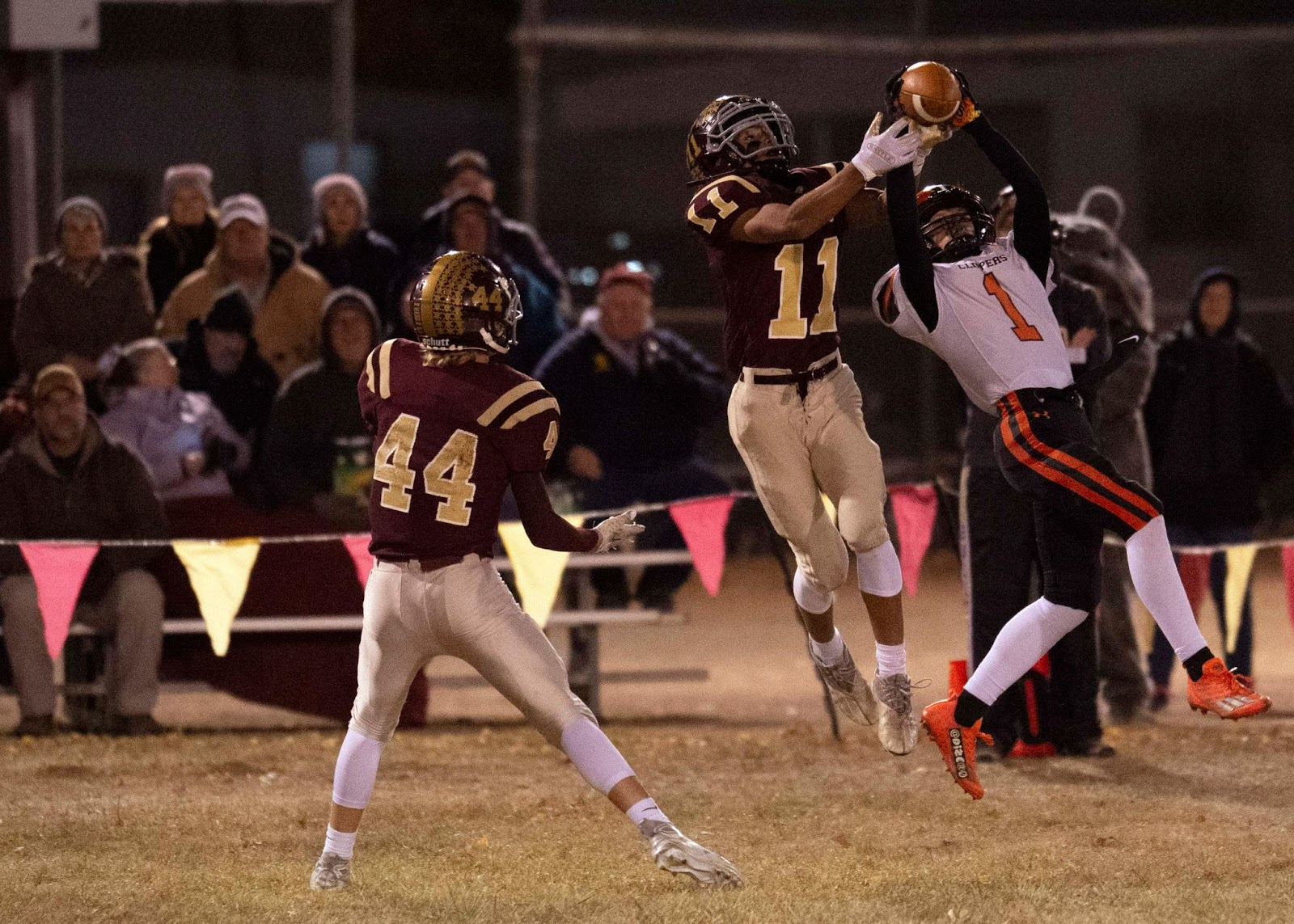 Carson Lyons fights for a catch. The Bulldog defender managed to knock the ball away. 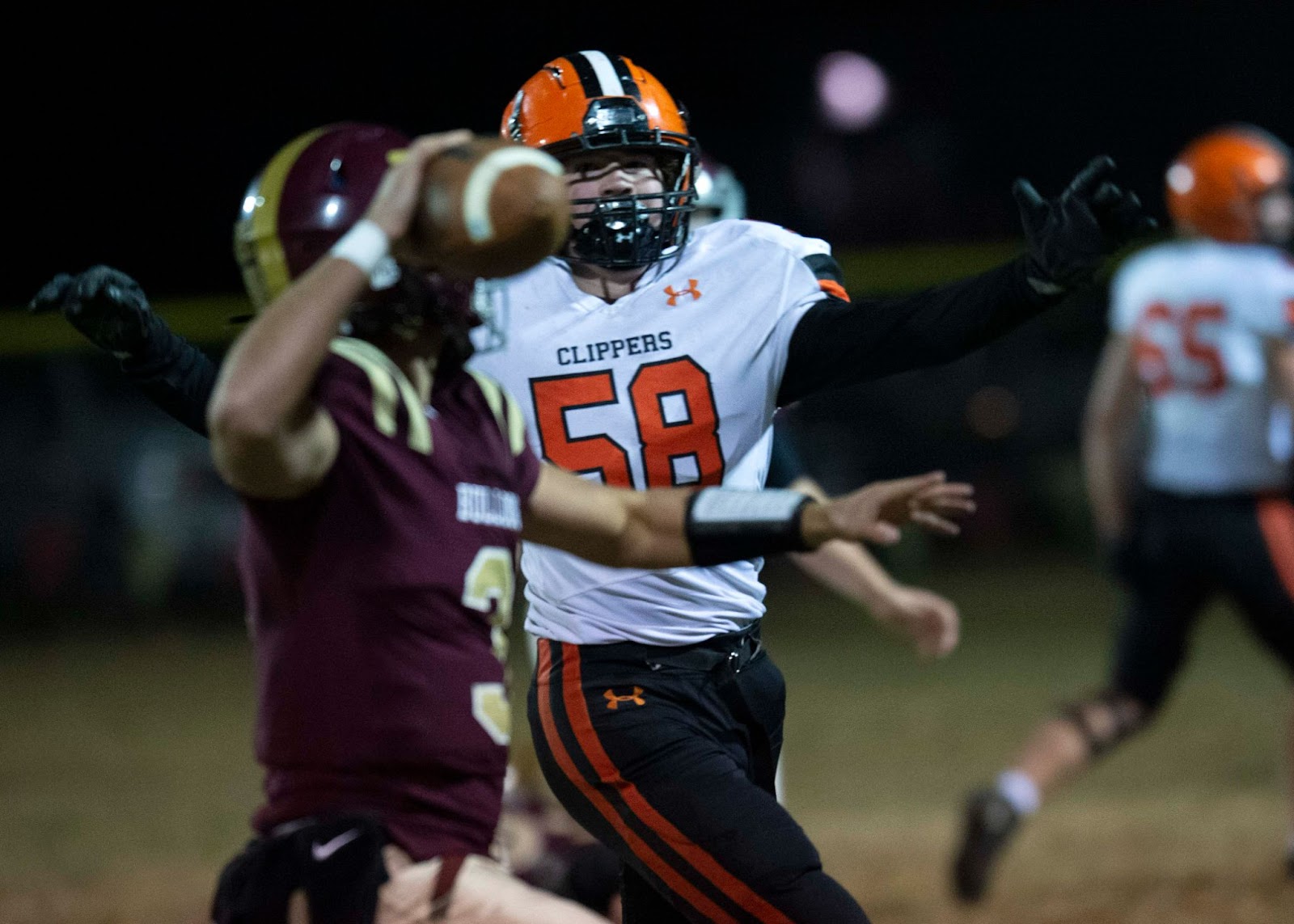 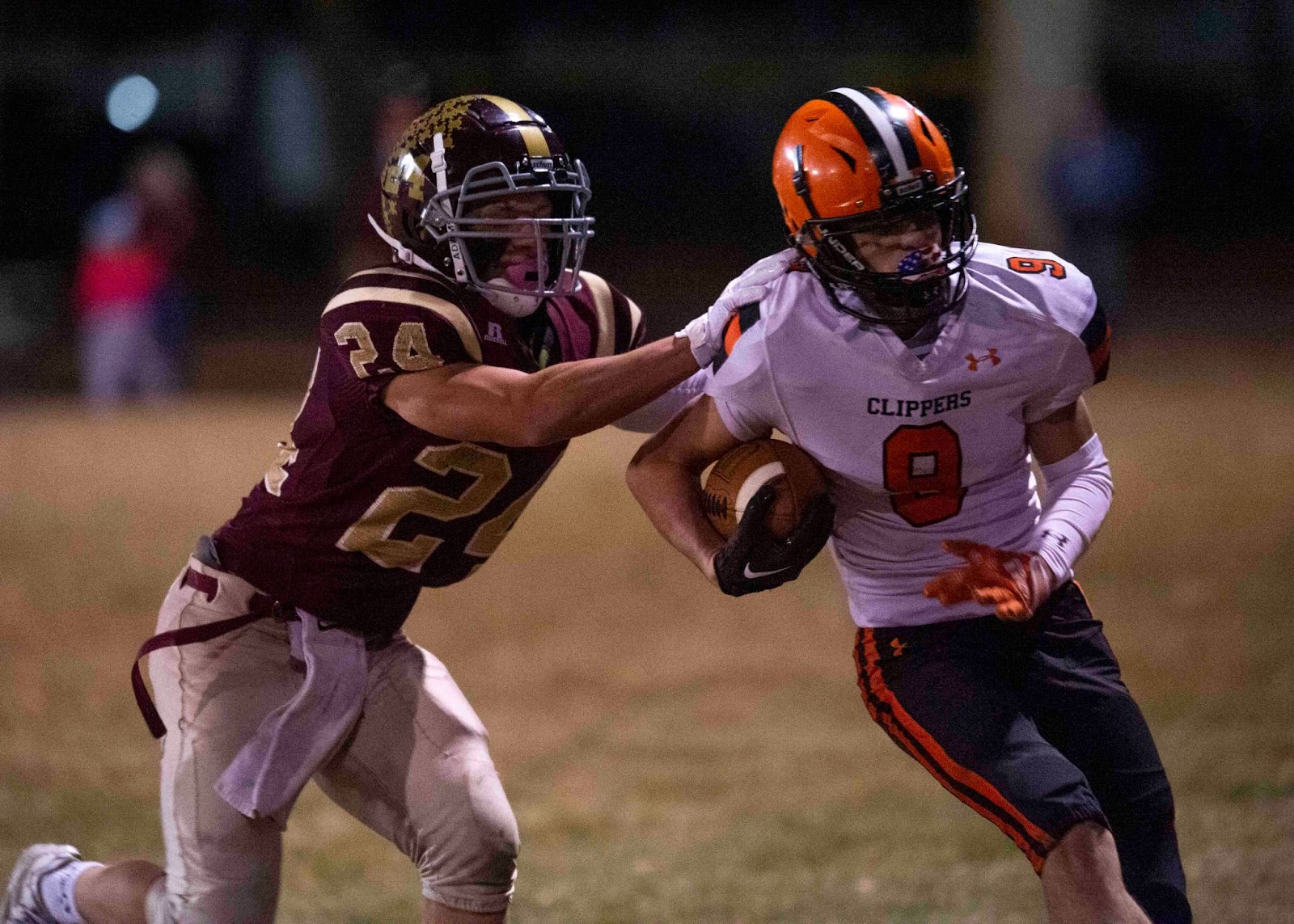 Tanner Simonette turns up field after a reception. 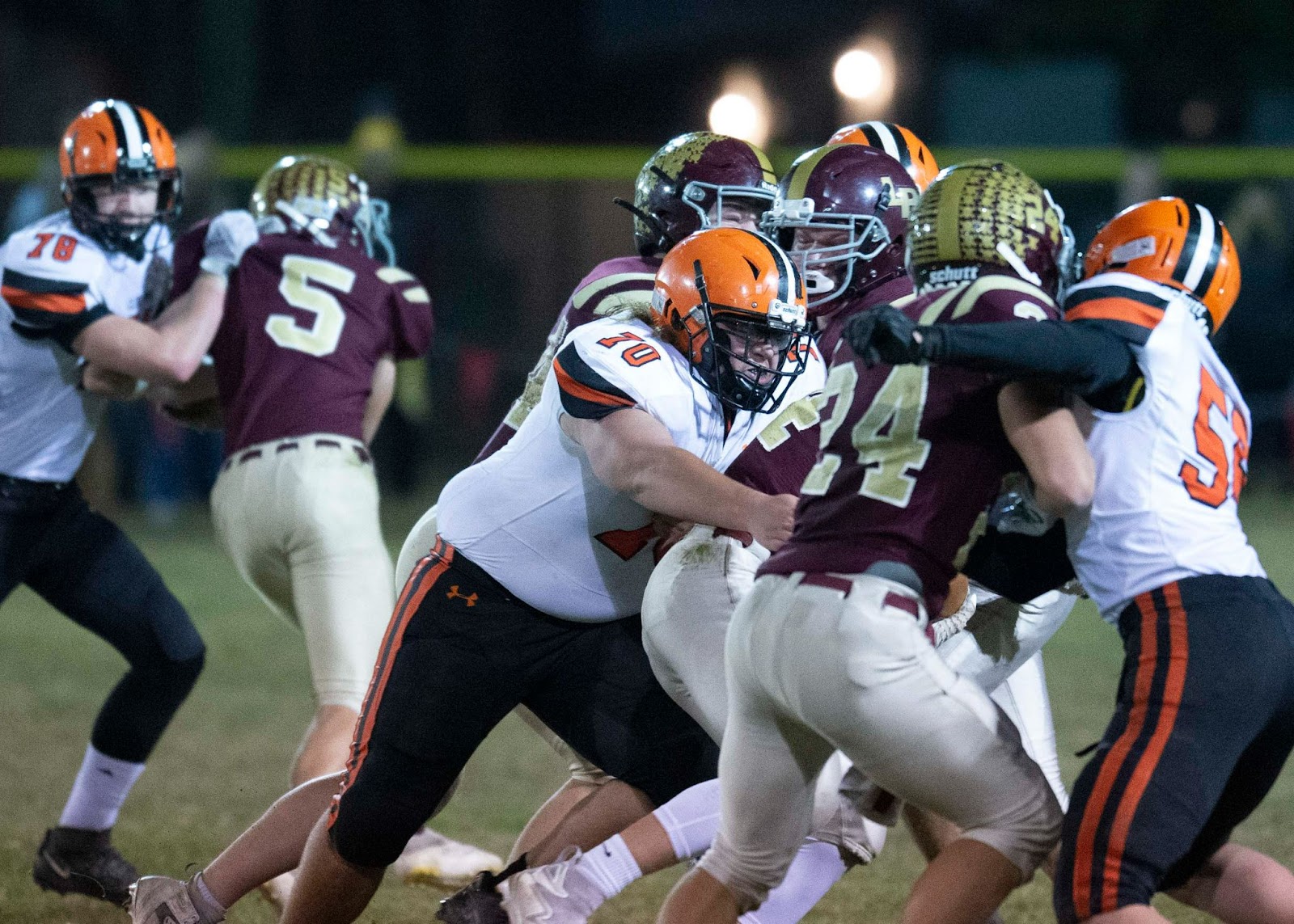 Marty Gibbs reaches out for a Bulldog runner. 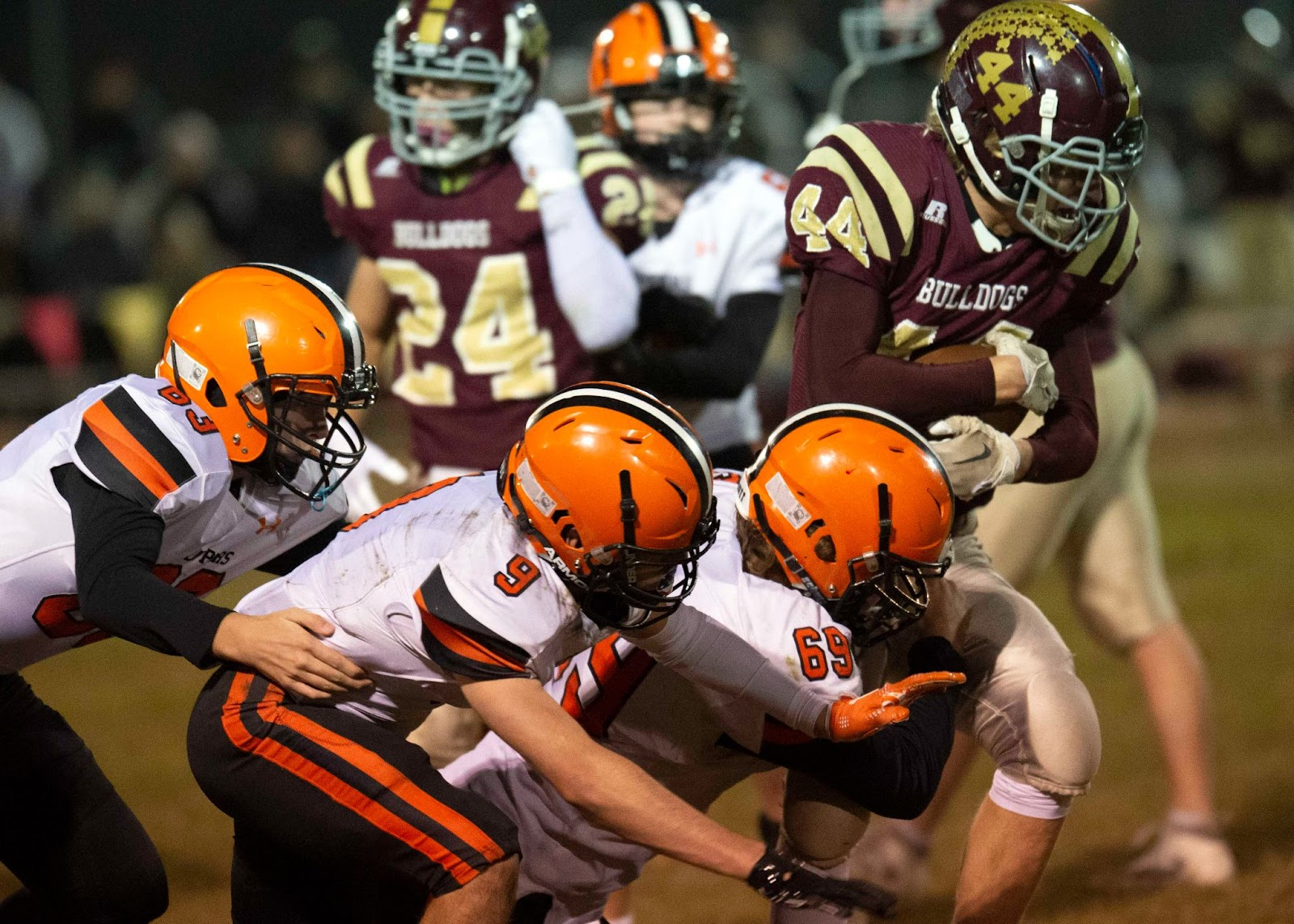 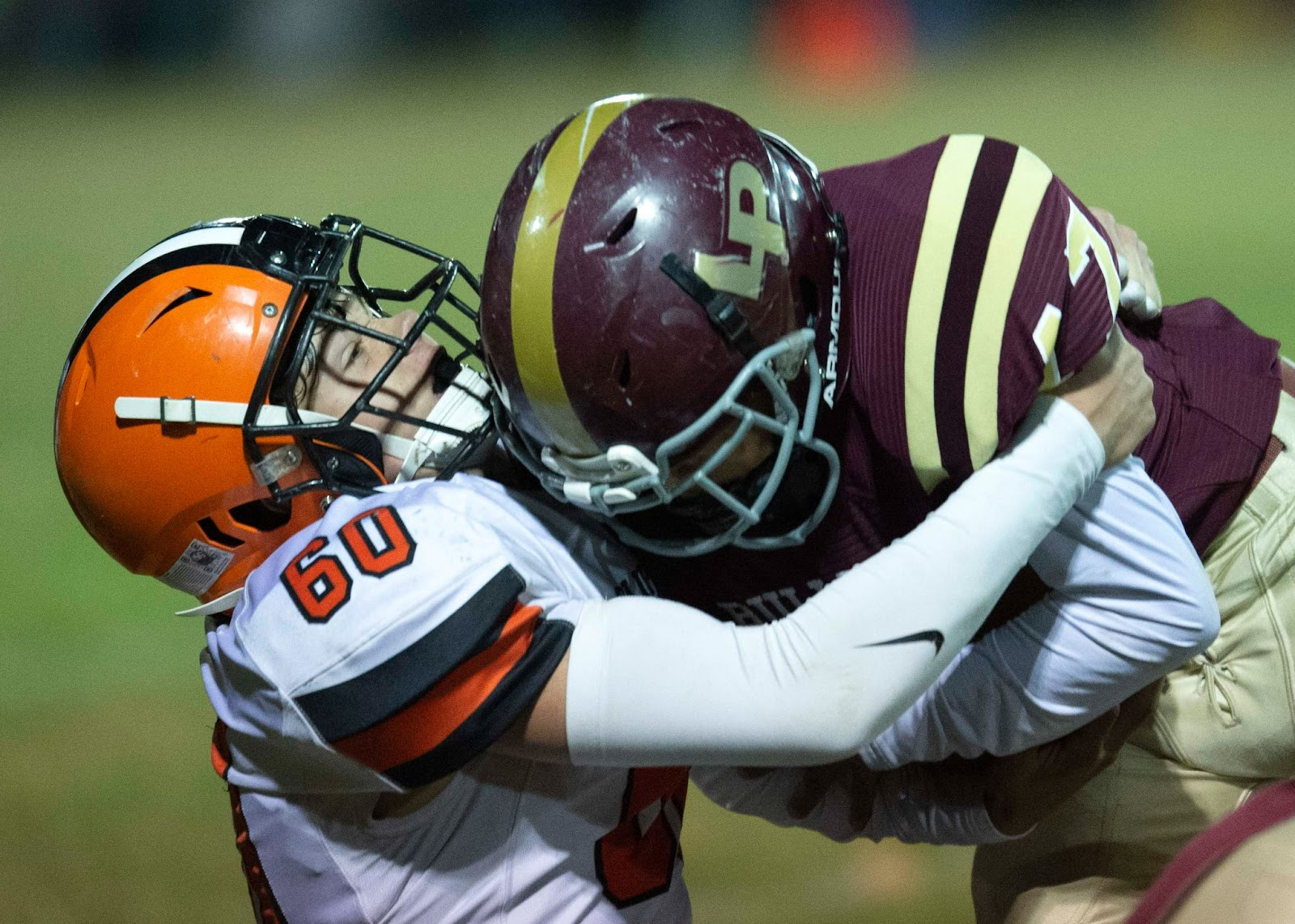 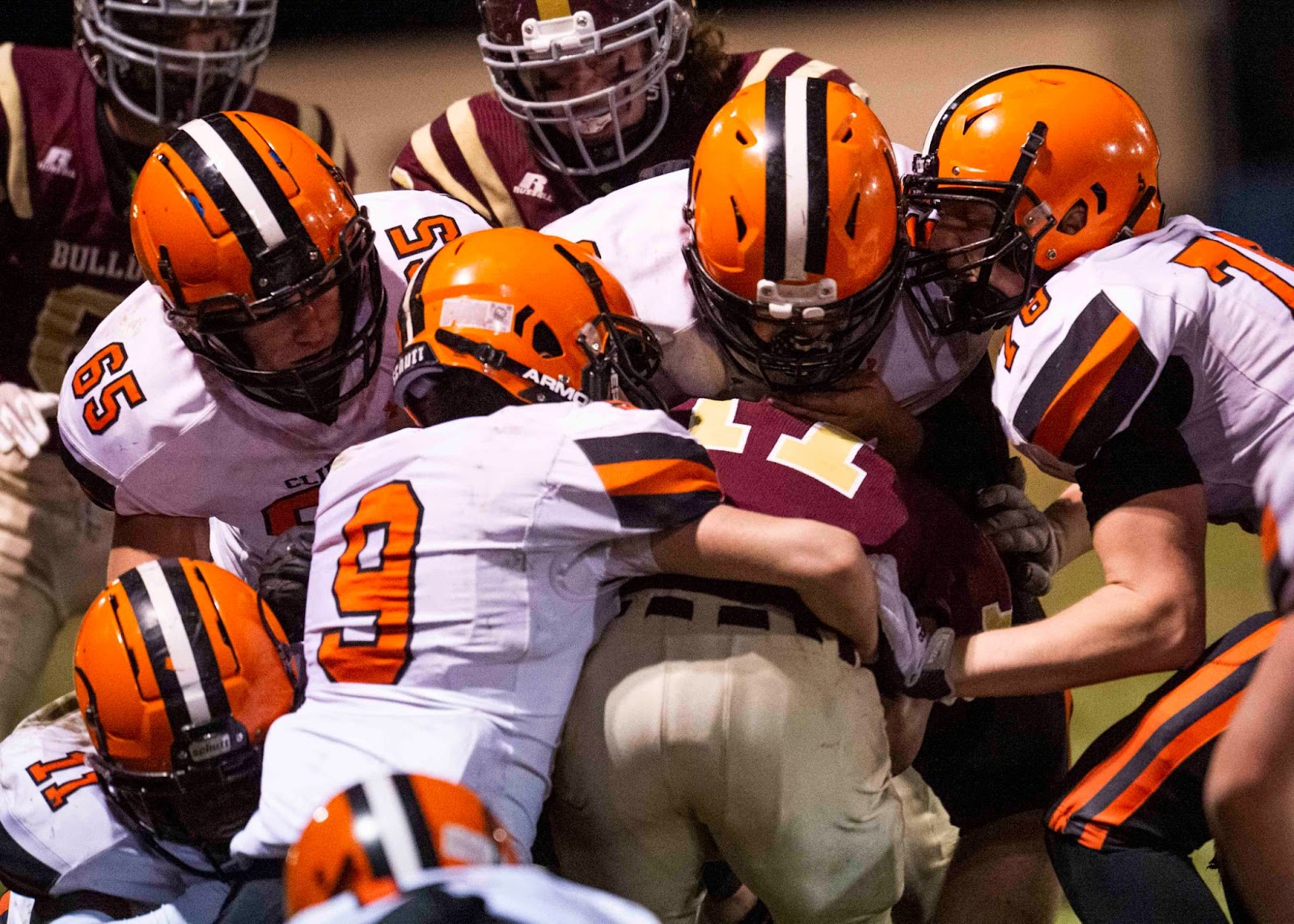 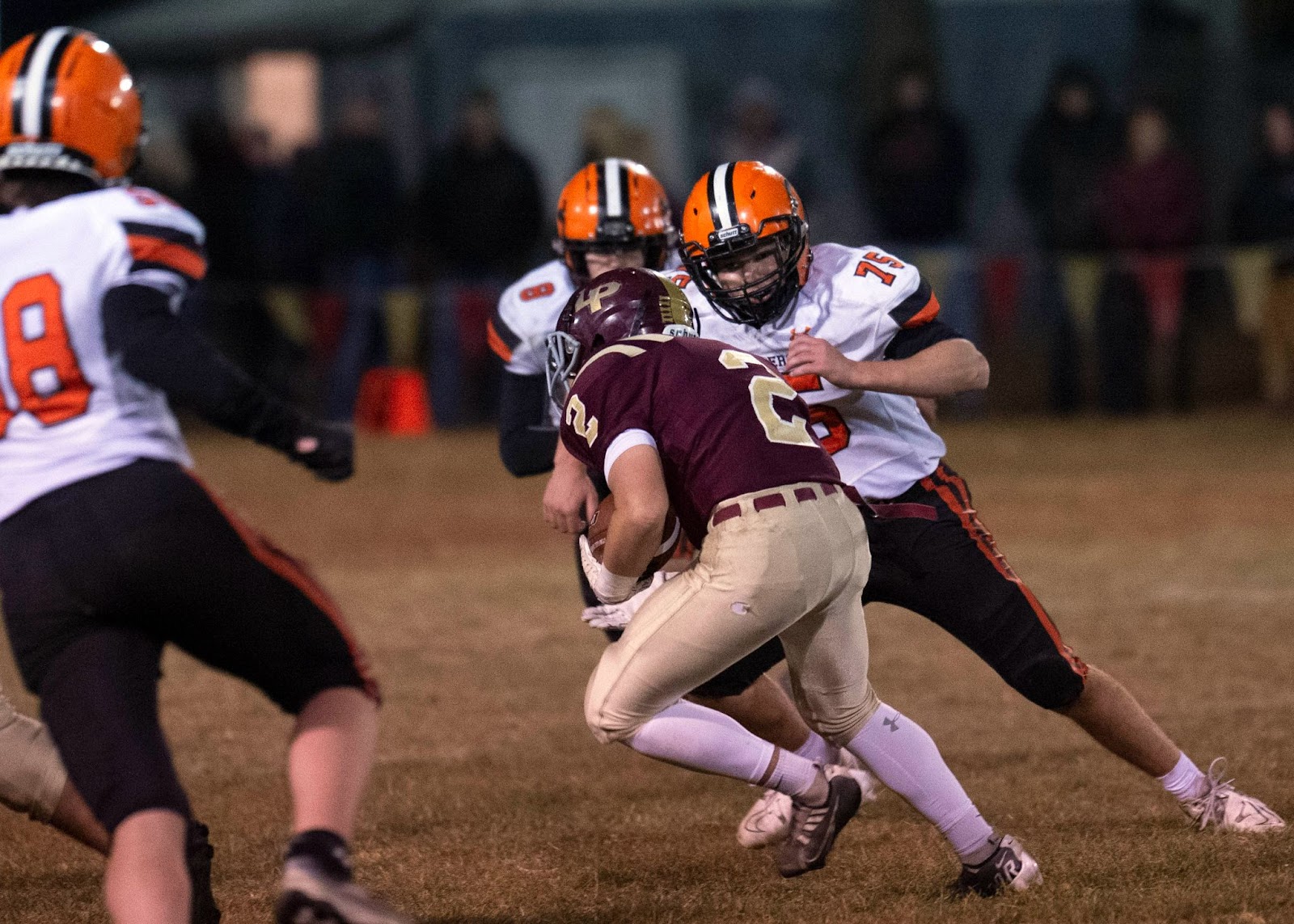 Brady Bostic zeros in on a Bulldog runner. 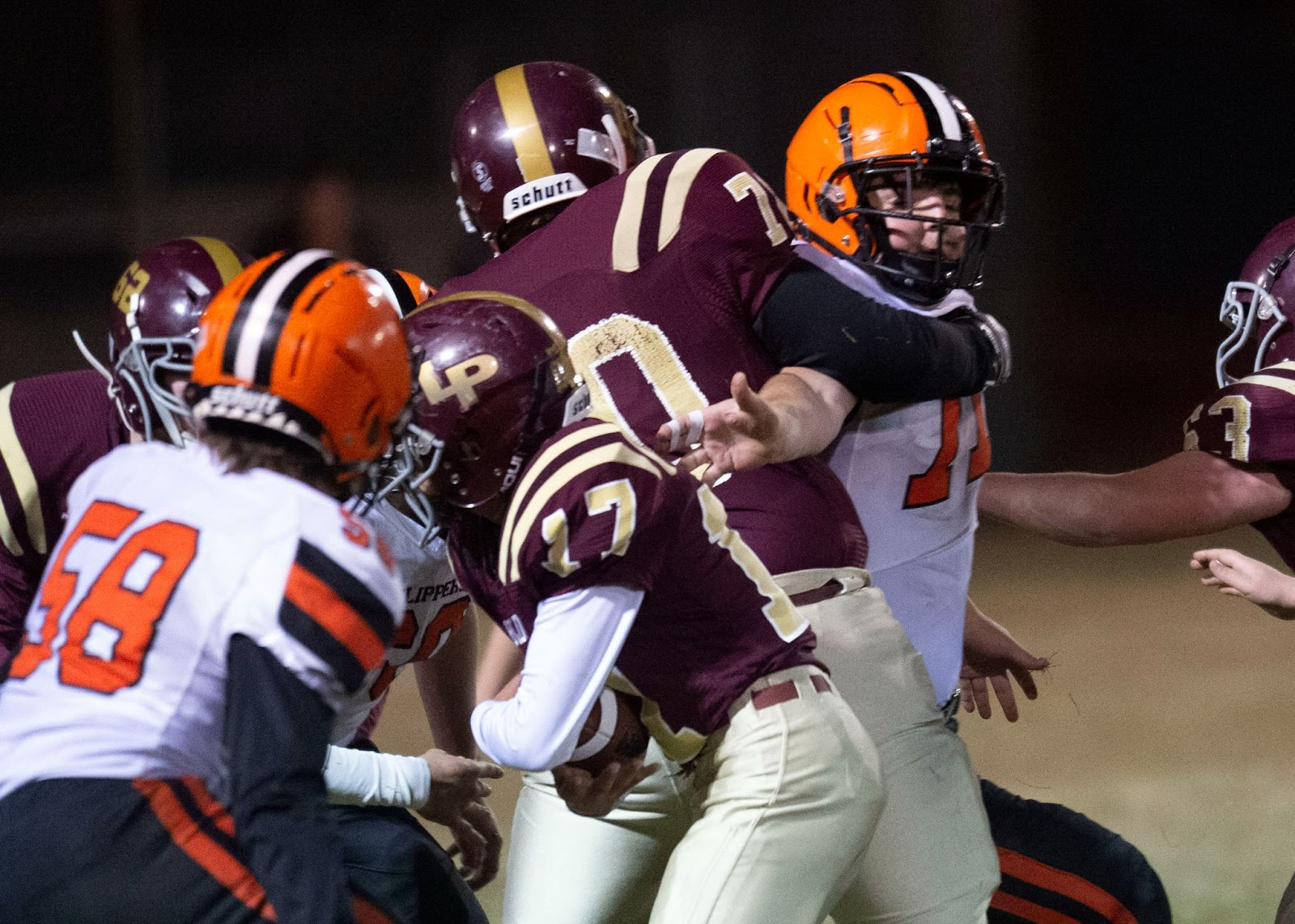 Jack Voit was held up on this play. 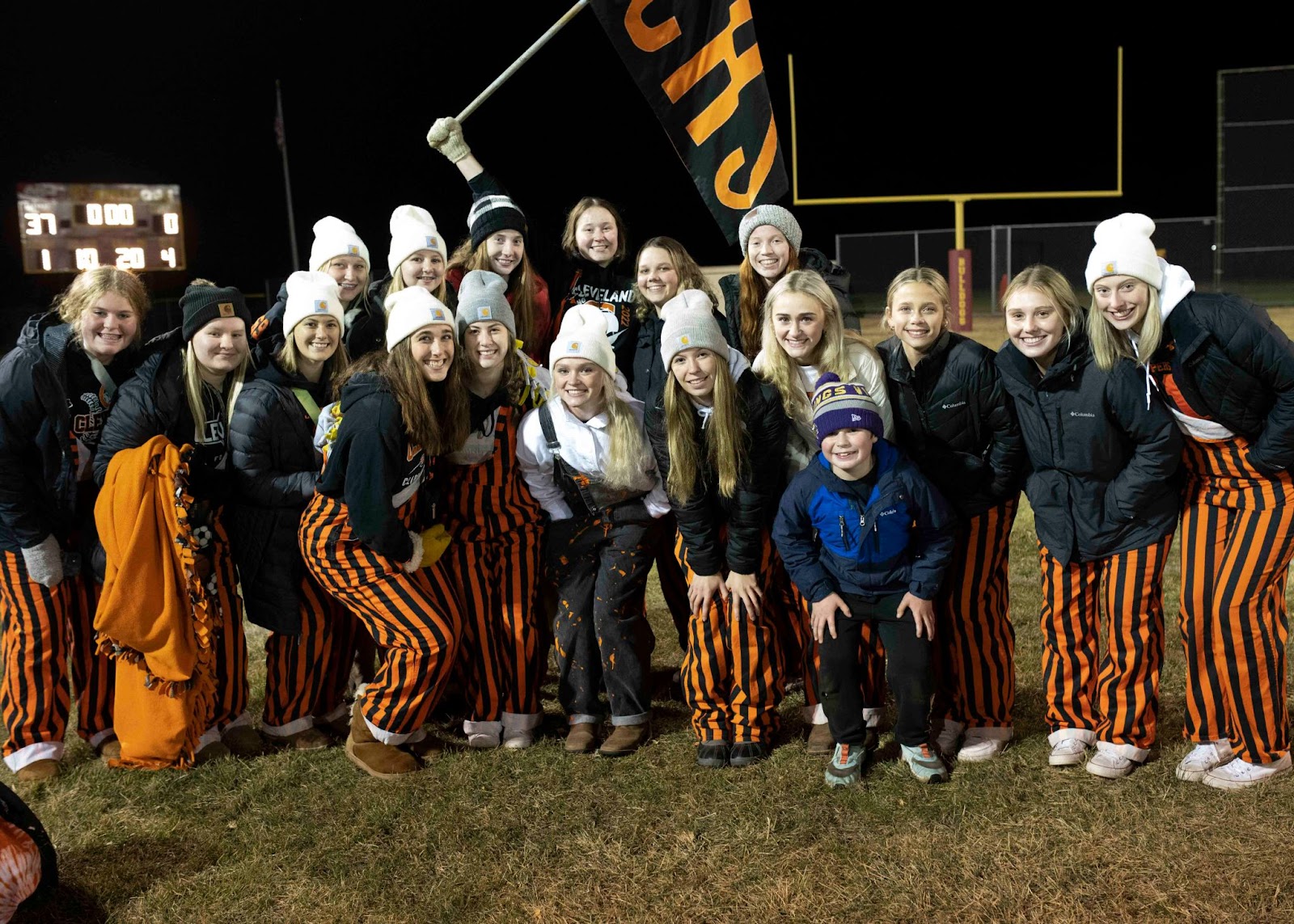