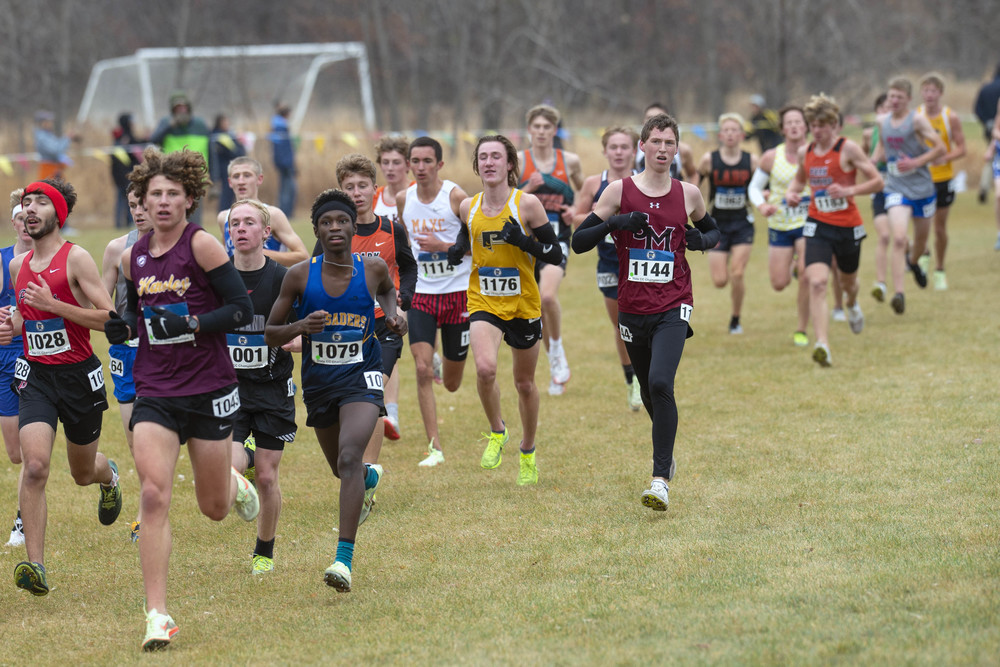 Moving up a notch from a year ago, the Mankato Loyola/Cleveland cross country team took 15th of 16 teams at the state cross country meet, held at the College of St Olaf in Northfield on Saturday.

The Crusaders edged out conference rival LCWM/Nicollet by 15 points, the team that beat them the subsection, and overall, their top five shaved off 3:55 from their combined state 2021 time.

Nathan Strobel (above) led the Crusaders with a 17:49.8 finish for 56th place among the team runners and 101st place overall. The winning time among the 160 runners was a blistering 15:49.

The junior improved his time by almost a minute from a year ago, when he was beat up over the 3.1 miles.

“Nathan ran very well compared to eighth grade when he was near the back because he had twisted his ankle, and then last year it wasn’t a great race for him, but this year he really stepped it up and ran well,” Compton said. “He got into the 17s, and that is what he was really hoping for today.”

“I couldn’t ask for a better day,” said Strobel. “The first mile was flat and fast. I was not expecting it to be that fast, but it was because of the crowd and the adrenaline. I tried to cancel out the noise, but it was too loud. After the second mile I PRd at about 11:08. It was fast too. The third mile was the hardest because we had a big hill in the woods.”

James Young, a senior, clung directly behind Strobel for a 17:51.4 finish. He ran a strong race, but Strobel was able pull out front a half mile or so from the finish line.

“He passed me up the hill, but I passed him on the downhill.”

“Jorden has really been coming on this year,” Compton said. “Early in the year he was one of our JV runners, and the last section and today at state he was our number five, so he was scoring in both meets, and it is nice to see him get stronger as the year went on.”

The Crusaders lose the two seniors next year but should return strong next fall. Their two alternates at the state meet (Kyle Zimmerman and Chase Kijenski) are sophomores, and they also have Waldron and Andrew Bulboltz, who have been running with them, Compton said.

“It’s quite a bit coming back, but it’s always hard losing our seniors. Last year we didn’t have any seniors, so it is a little tough, especially those who have been on the team for a few years.” 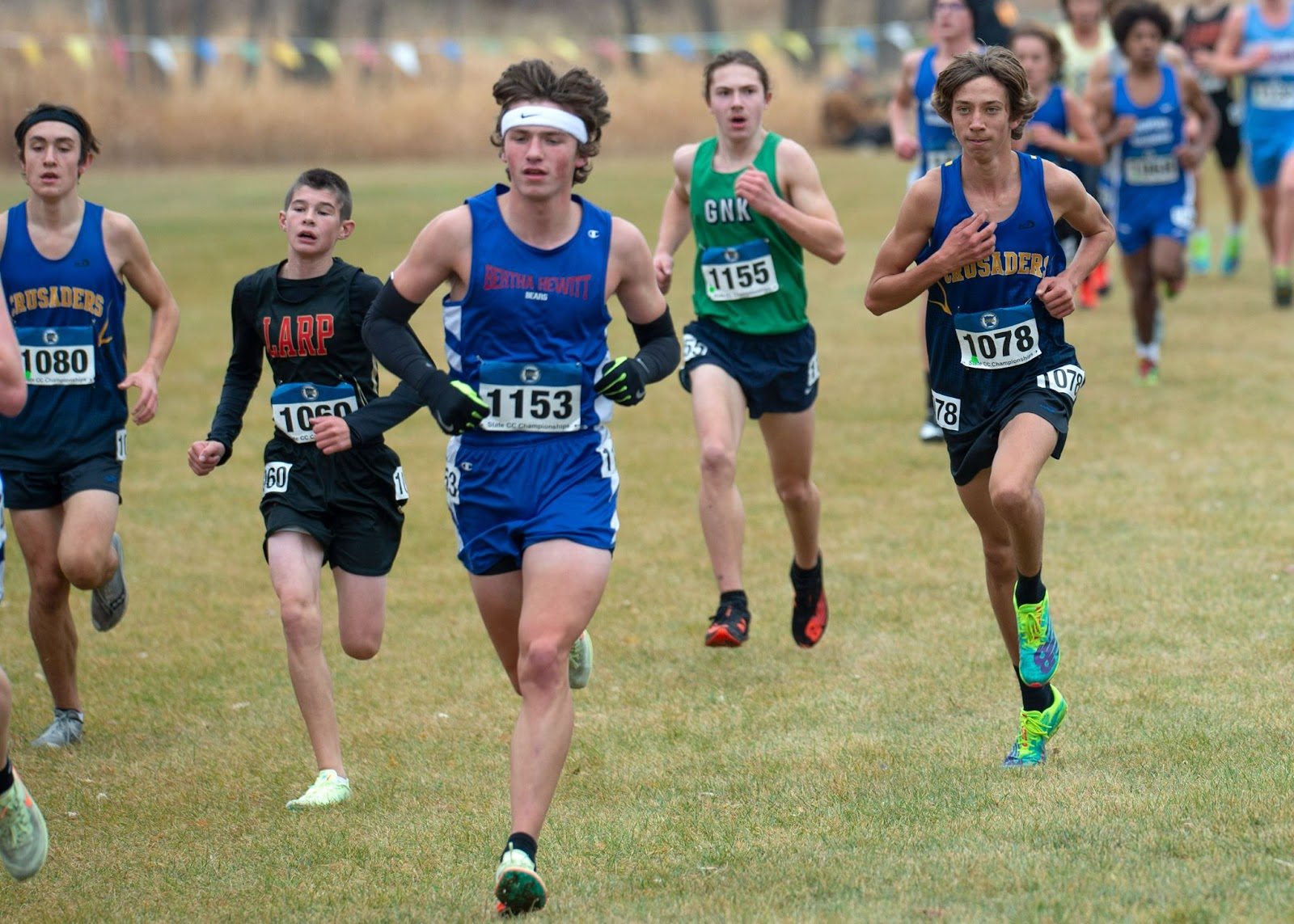 Jorden Rossow (on the right) at around the midway point. At left is teammate Sam Vetter. 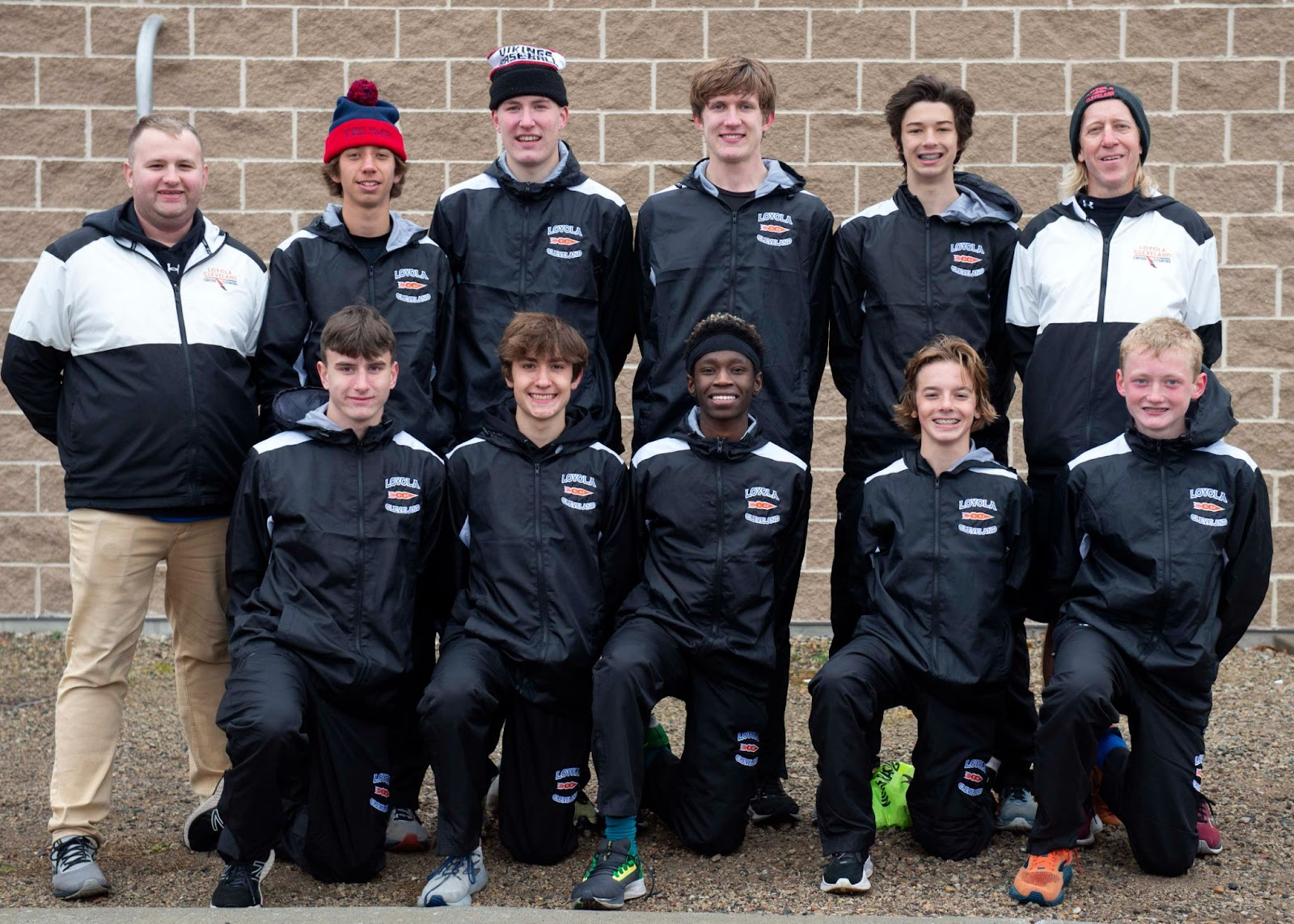 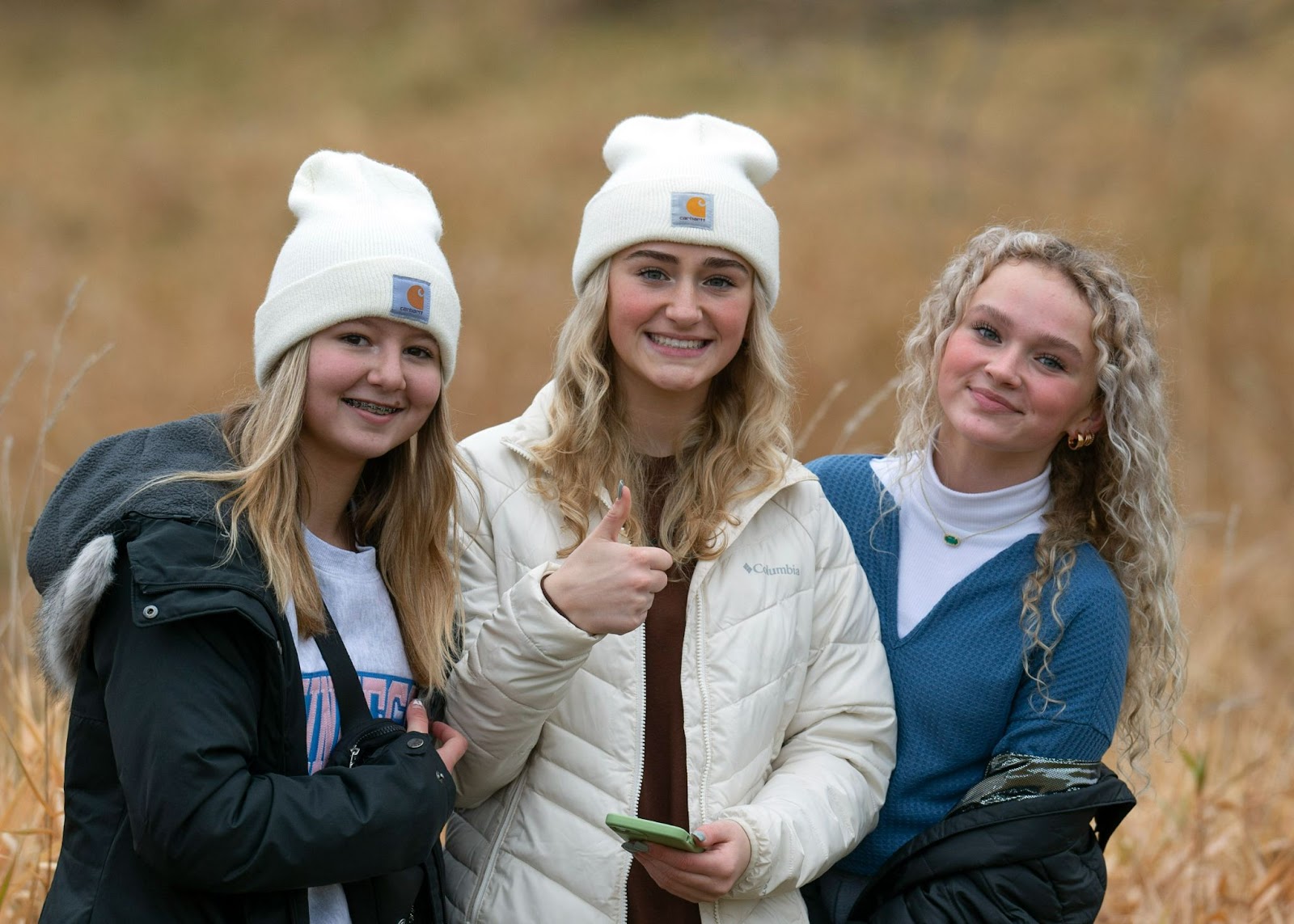 Despite having a game to go to state later on Saturday, Chloe Anderson, Ava Hahn and Greta Hahn made the trip to Northfield to support the Crusaders.