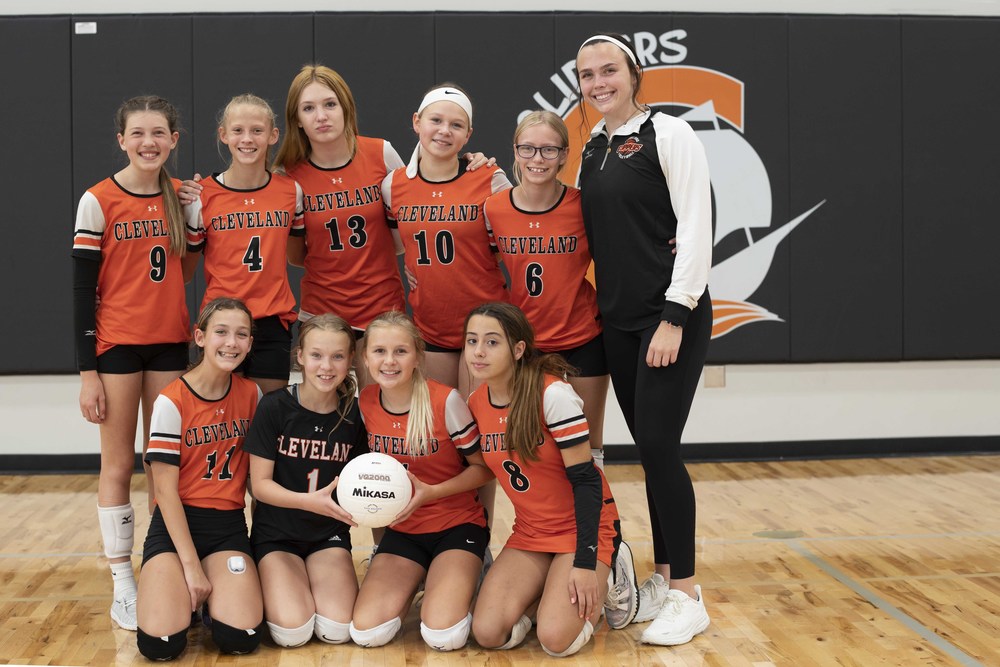 While the varsity volleyball team was sweeping up the Valley Conference, their seventh-grade counterparts, coached by McKenna Robb (CHS 2020), were doing the same thing.

Dominating every team they faced, in the conference and against non-conference teams too, the only loss for the young Clippers was in the conference tournament semifinals in Nicollet, where, after controlling LCWM 25-11 in the first set, a key injury threw off their system, and they lost the next two sets, despite beating the Knights twice before.

They came back the next week with a pair of victories to close out their season.

Robb said her Clippers have a complementary set of skills: girls who are good at getting difficult balls over the net and girls who can take a set and drive it home. Other players are quick on the dig or tossing the ball to the hitters. They have a number of consistent servers and powerful servers too.

Robb said starting the season, her team needed to improve communication on the floor and deciding if a ball was in their territory, skills that go hand-in-hand, she said. But they enhanced both during the season and kept their game at a high level, even though they were usually up by a large margin.

“They improved their ability to talk to each other and push themselves when they were facing teams that weren’t so good,” Robb said. “I have never seen girls who are this talented at this level, so I feel really lucky to have them.”

Robb said she also worked with them on playing smart, recognizing the situation and the best way to ensure a victory. 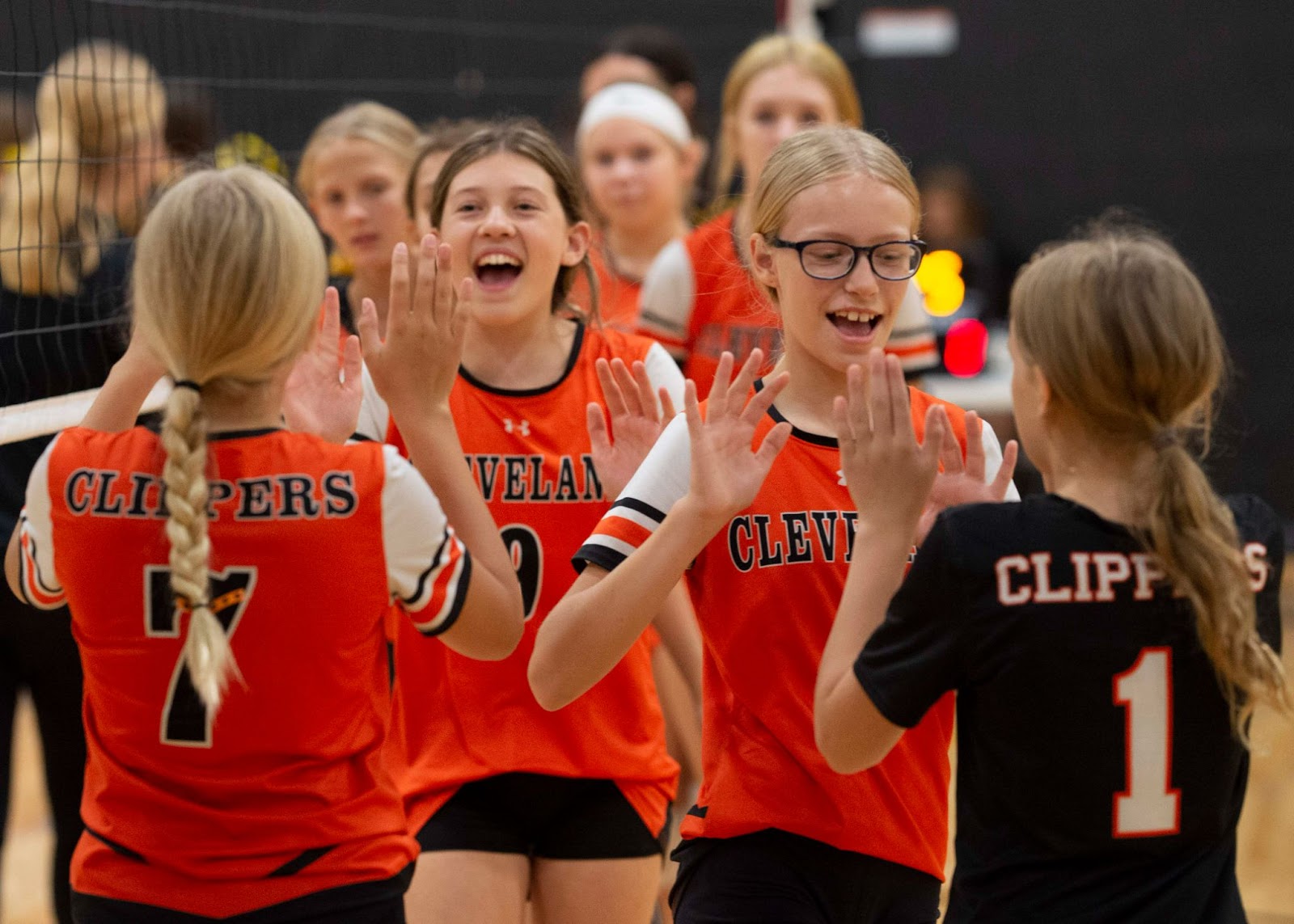 The Clippers had lots of wins to celebrate. 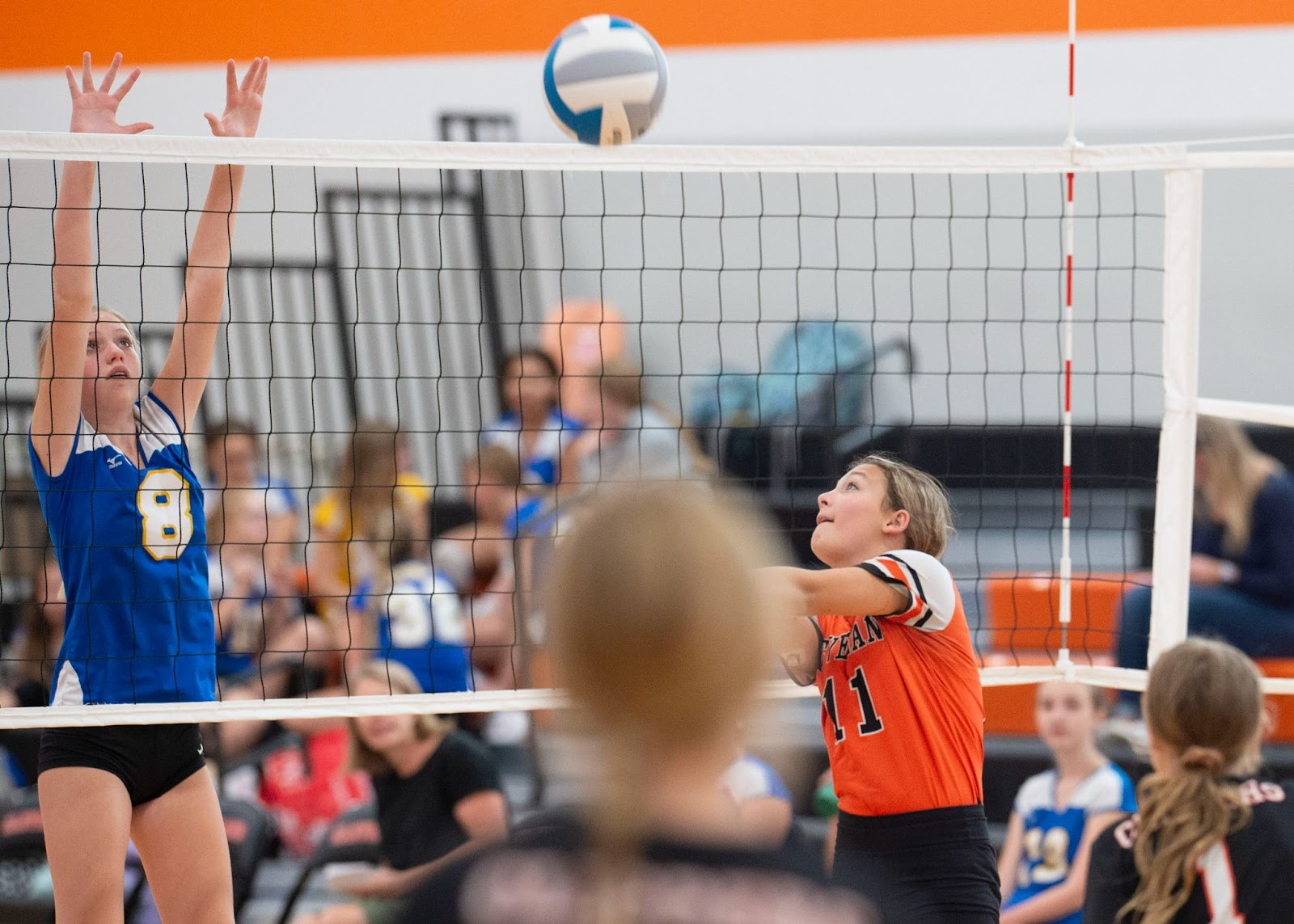 Kayla Hoffmann swings the ball over the net. 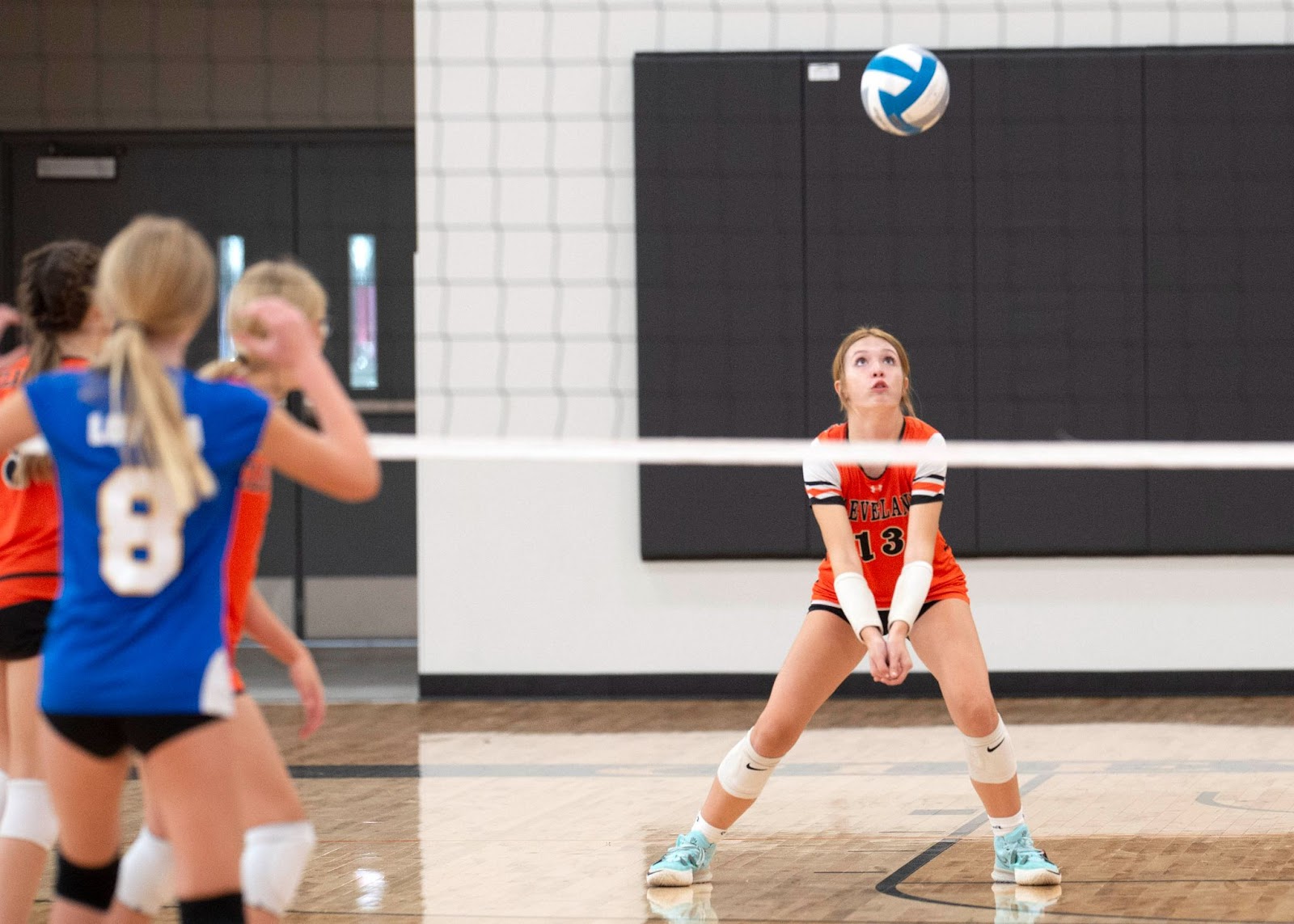 Anika Sathoff on the bump.