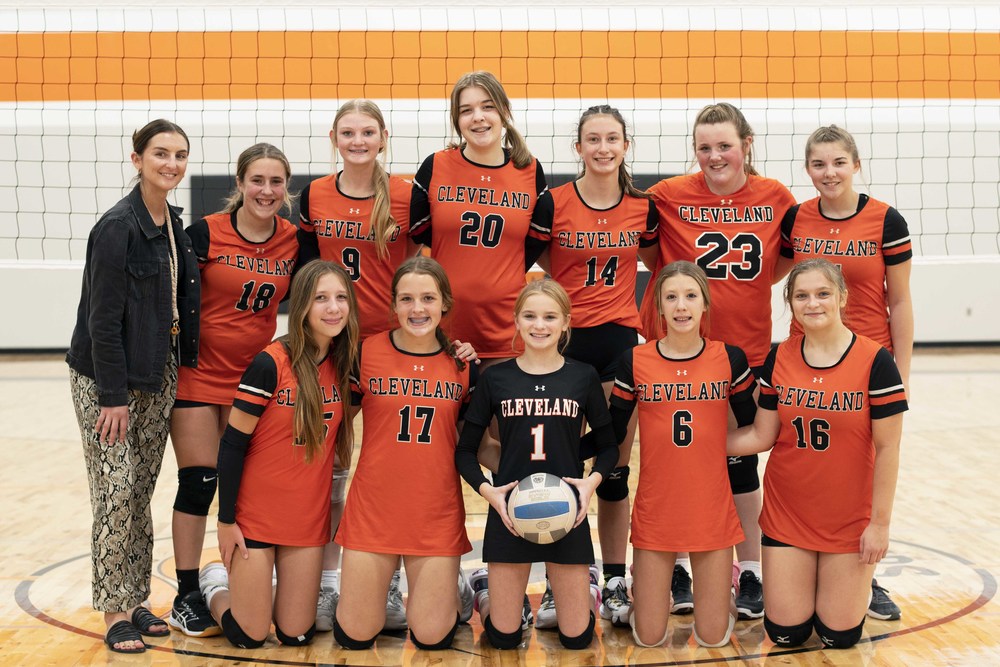 Eighth graders will be ready for upper ranks next year

Really upping their game from when they were seventh graders a year ago, the eighth-grade volleyball team, despite having a few players who moved up to C squad and to varsity too, only suffered a couple of losses this fall, including a heartbreaker to host Sibley East and then a home loss to Alden-Conger.

“They were a fun group,” said coach Cassidy Block. 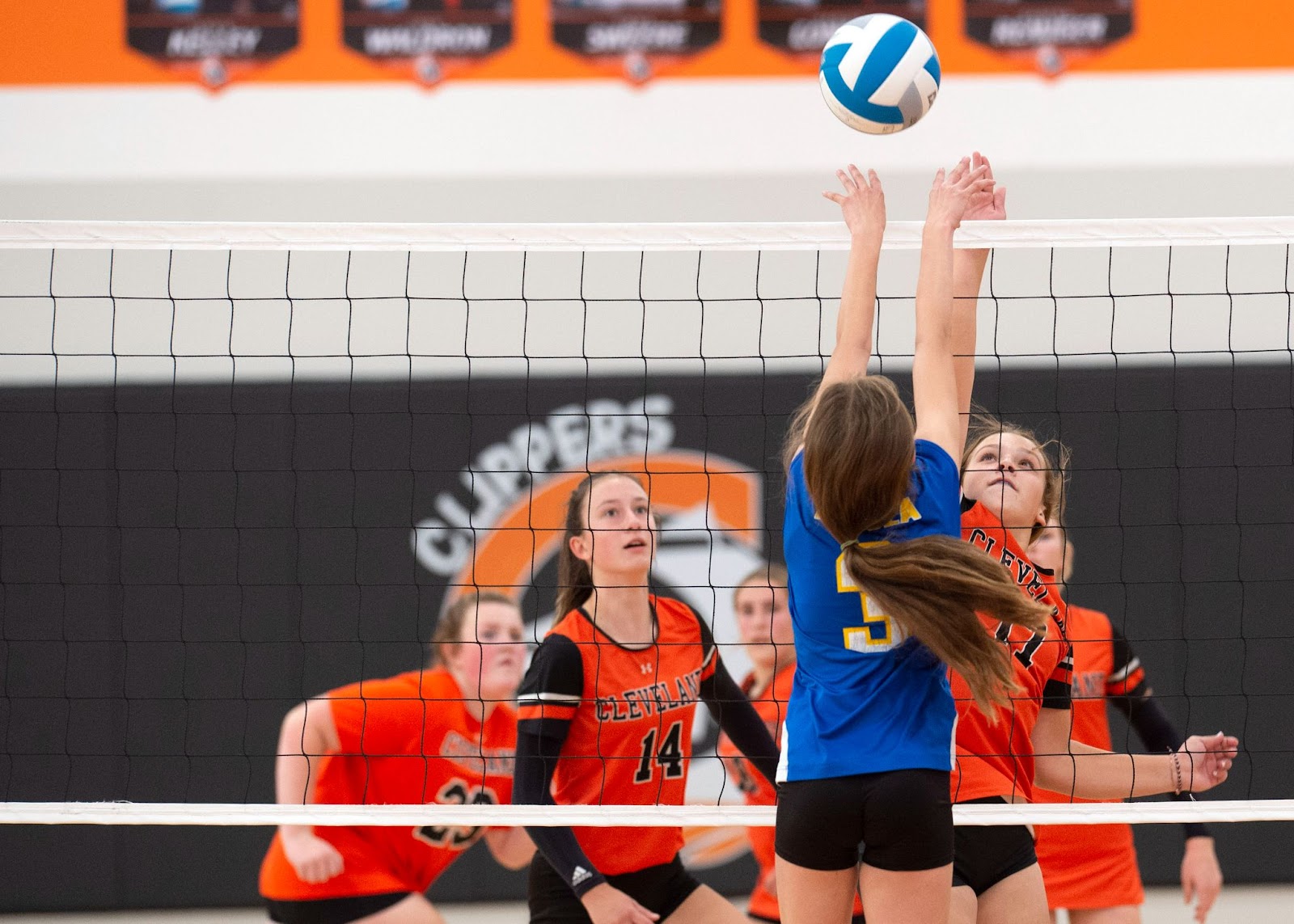 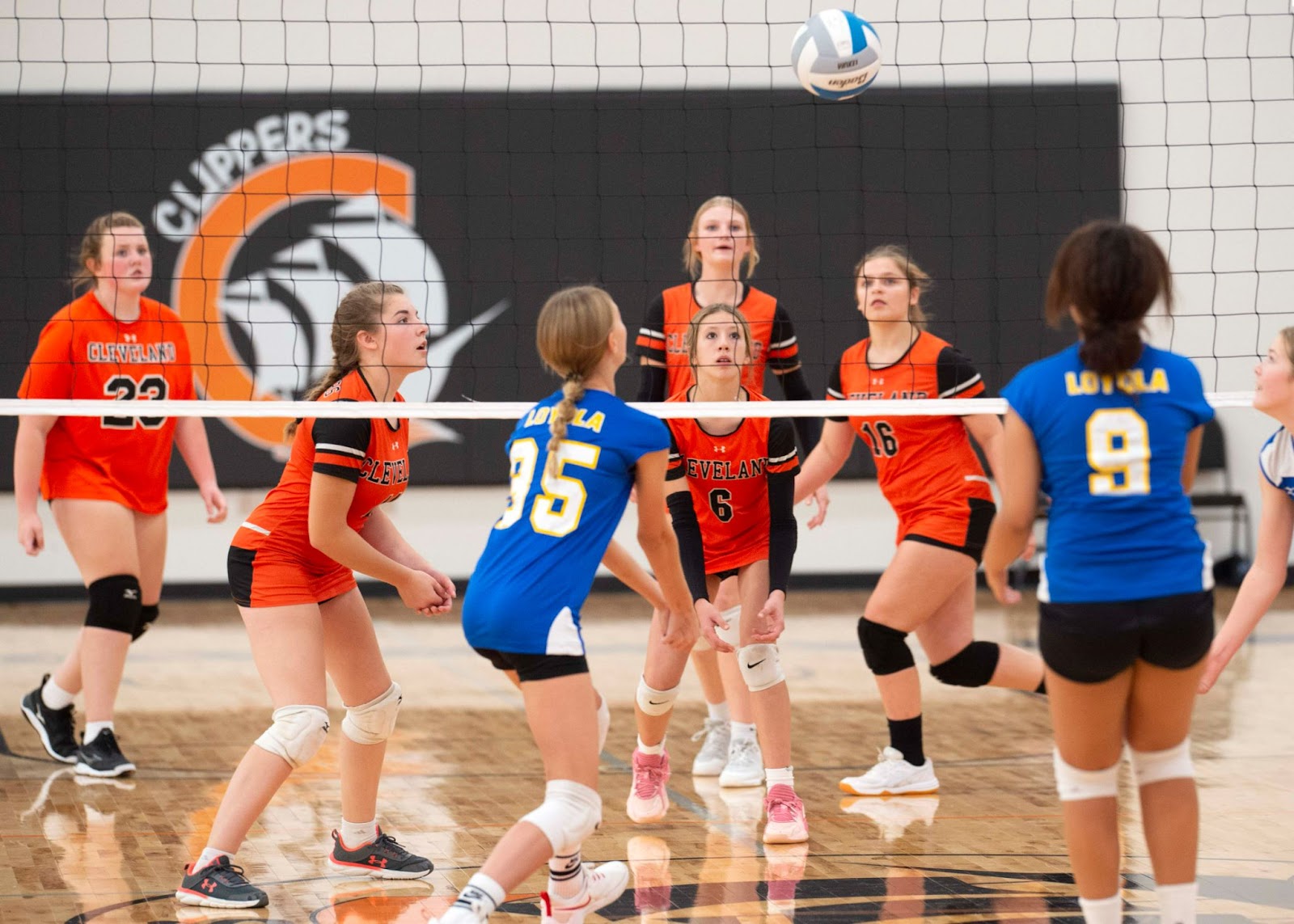 The Clippers get set for a return. 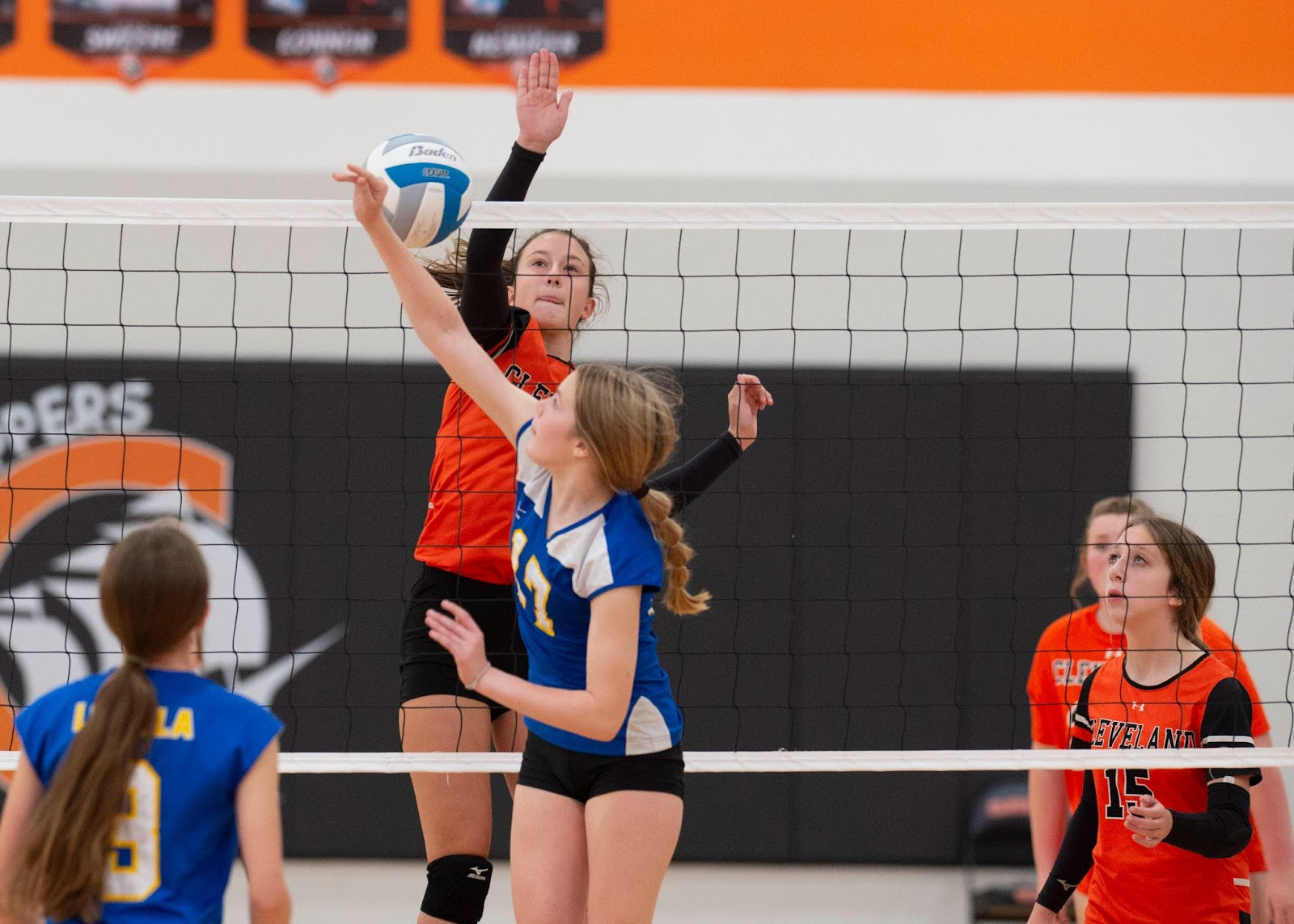 Maile Meissner battles at the net. 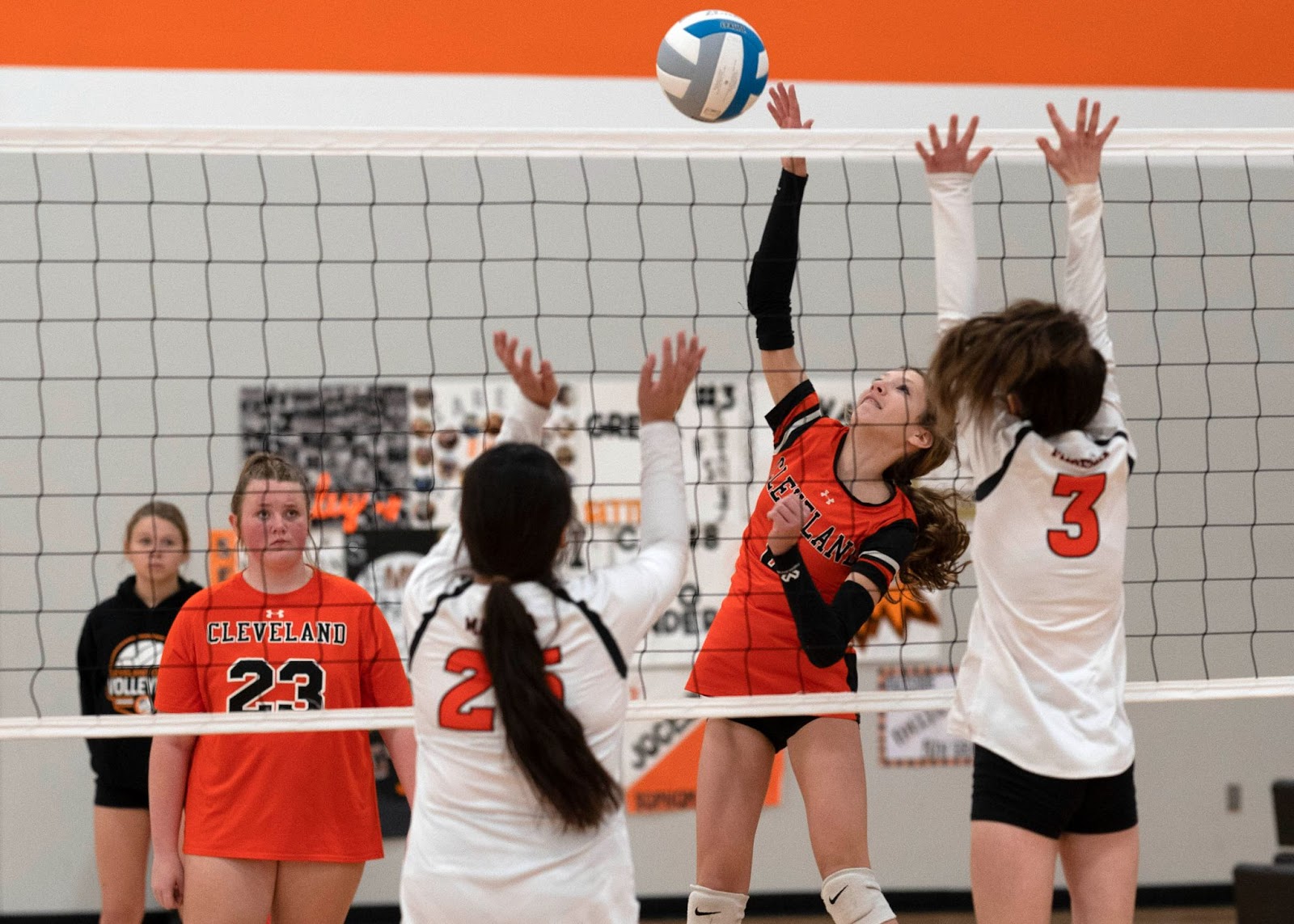 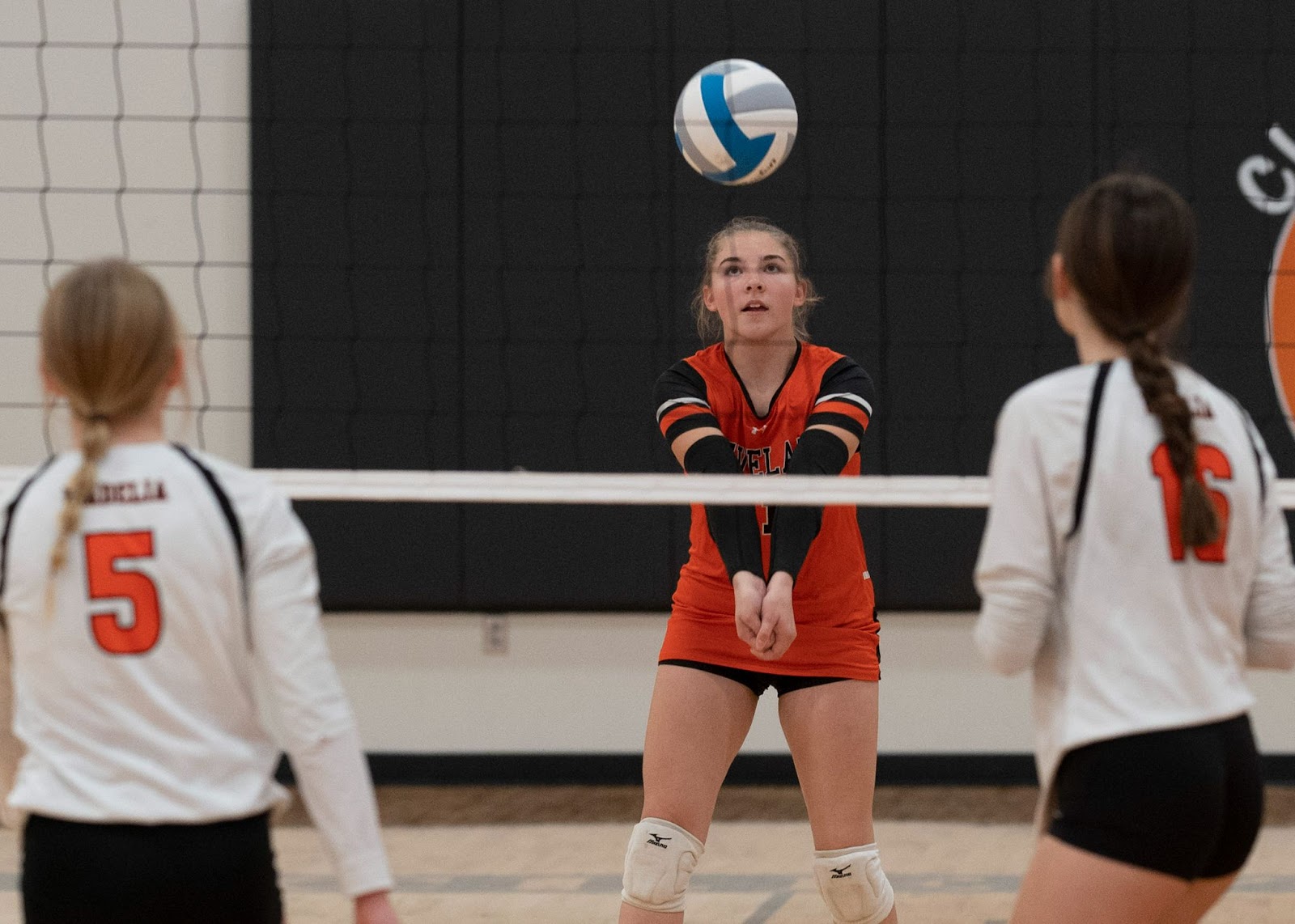 Anna Lamont on the bump pass. 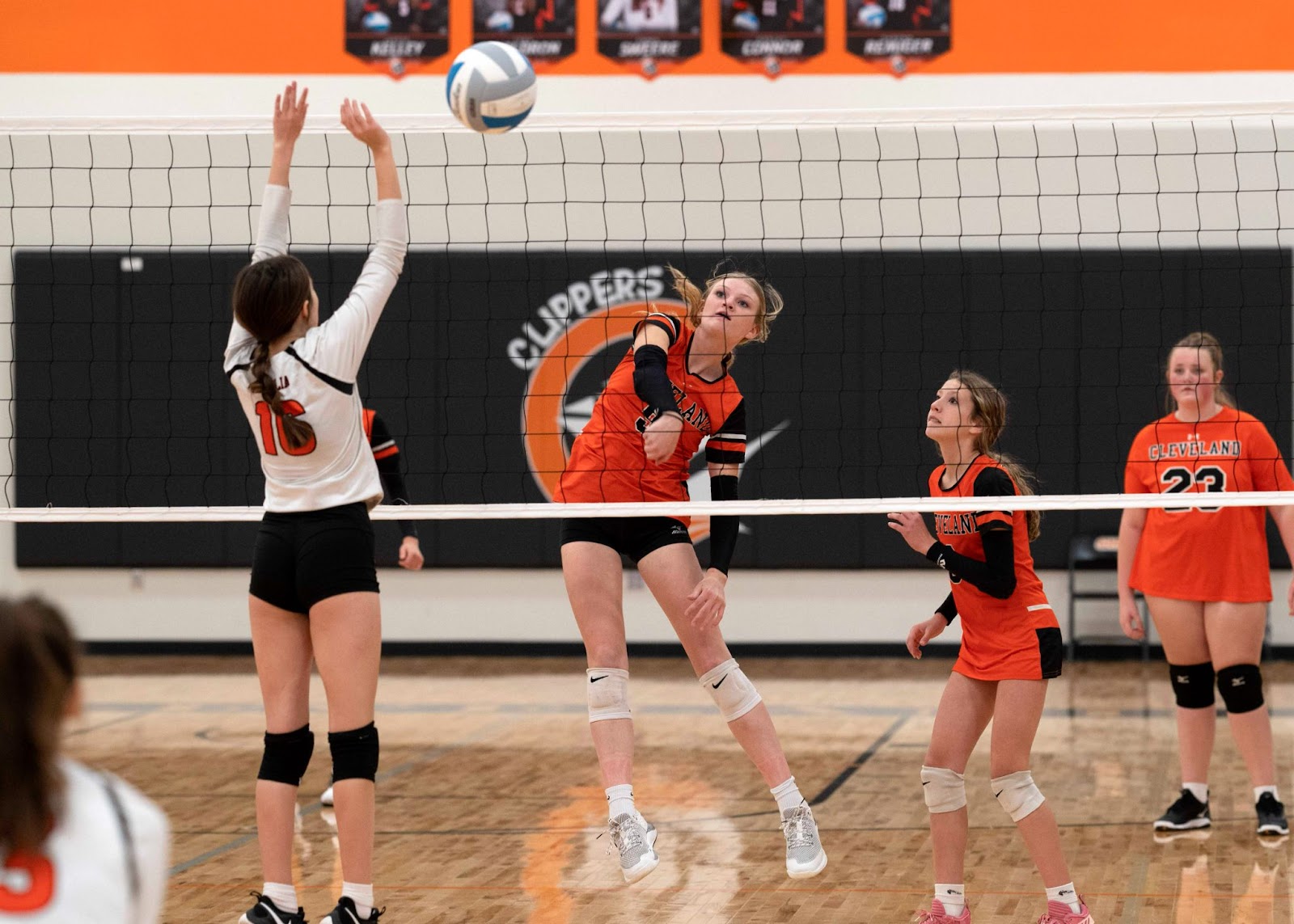 Kiera Schipper follows through a hit. 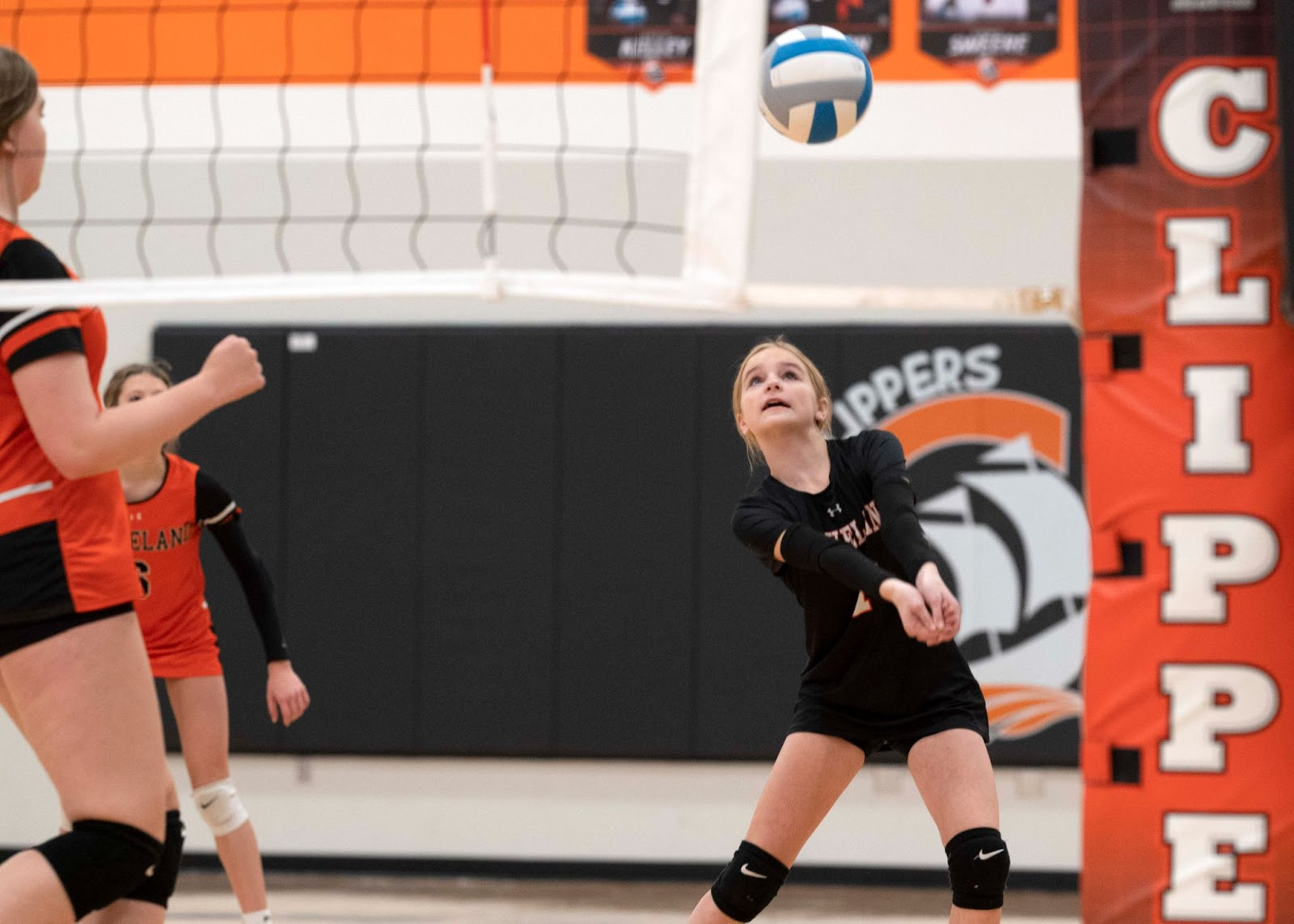 Amelia Chmiel saves a ball down the line. 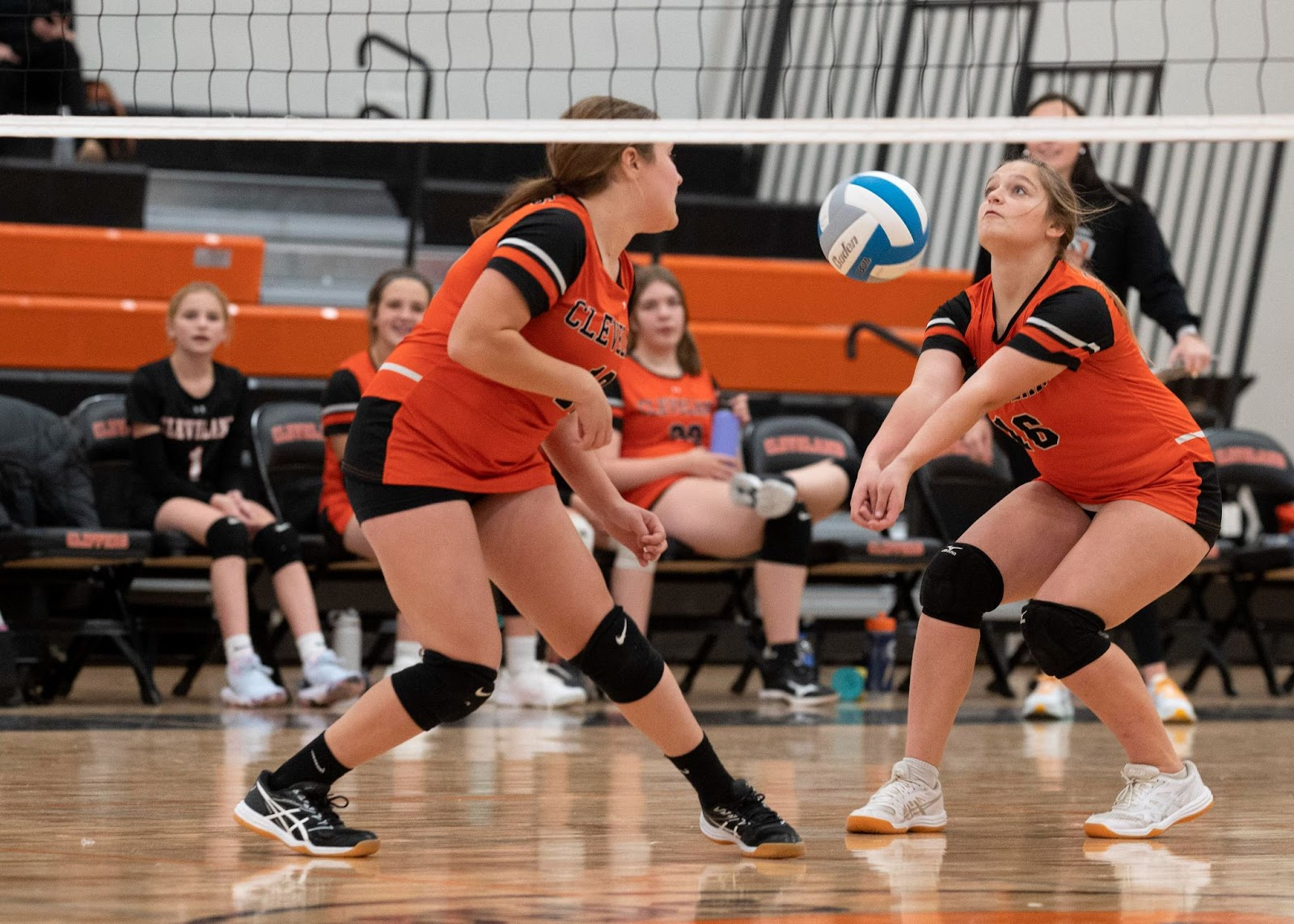 Cheyenne Lotspeich on the scoop. Players presented coaches McKenna Robb and Cassidy Block flowers after the last game of the season.